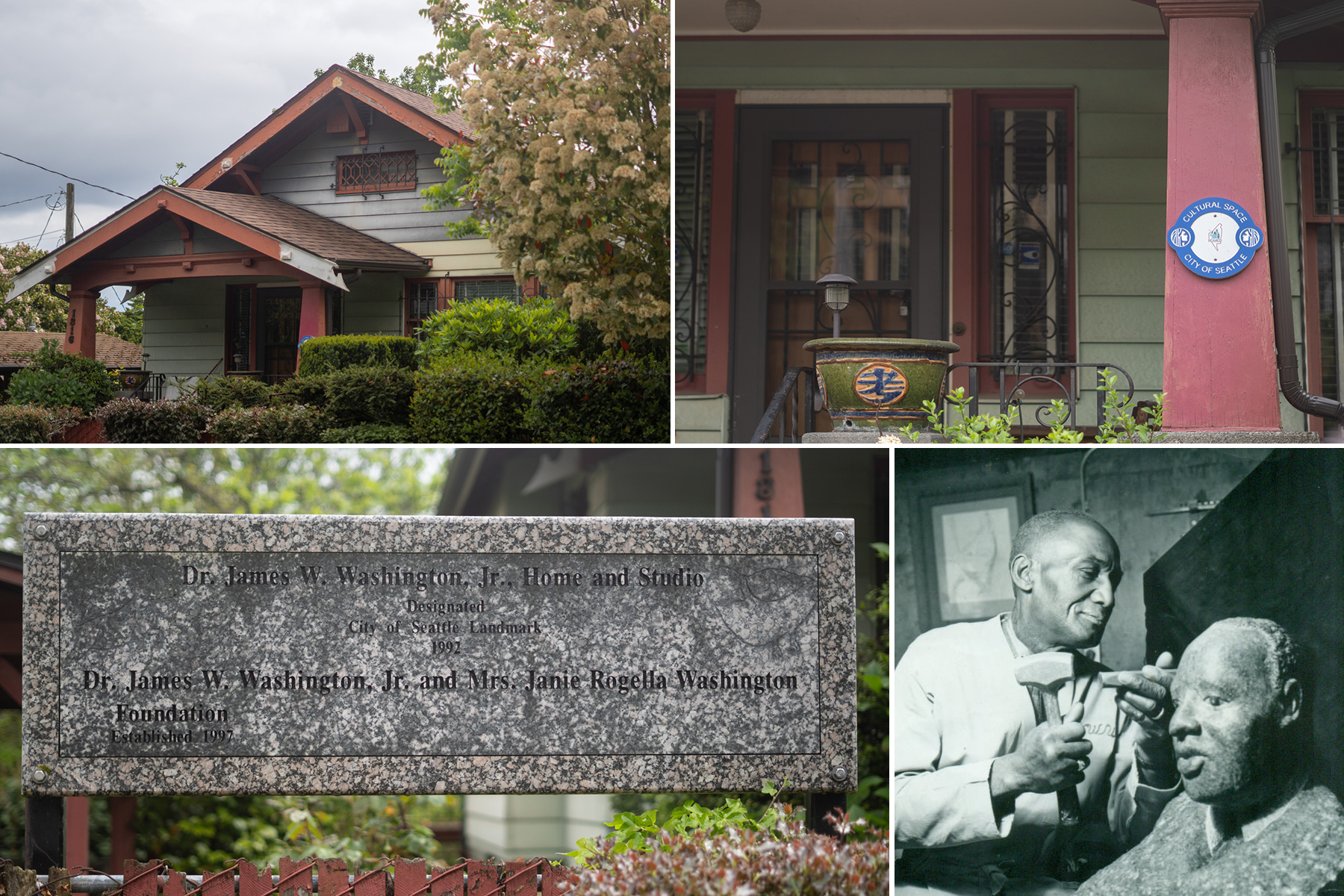 The house at 1816 26th Ave. in Seattle’s Central District is more than a house. It is a museum. And, because of the hindsight, insight and foresight of two Seattleites who loved both art and their community, alongside the work of countless volunteers over many years, it now serves as a treasure chest of inspiration and creativity.

James W. Washington Jr. is best known as an influential Seattle sculptor and stone carver, who gained acclaim as a member of the Northwest School of midcentury artists.

In 1997, James and his wife Janie established a foundation to mandate that their home — including its garden and James’ studio — be preserved and used to encourage others to share their talents. From that effort came the Dr. James and Janie Washington Cultural Center.

For this episode of the Black Arts Legacies Podcast, host Brooklyn Jamerson-Flowers tours the James and Janie Washington Cultural Center with several volunteers who are heavily involved in its current operations. She explores the 3,000-book library, James Washington’s studio full of his tools and endless boxes still being processed by volunteers.

In addition to the mandate to preserve the memory of James and Janie, this episode also explores the Washingtons' mandate to encourage continued creativity through the foundation’s  artist-in-residency program. This episode features a conversation between Brooklyn and one of the many artists inspired to make art at the cultural center. Through these artists, and each visitor to the Washington Cultural Center, the legacy of the late James and Janie Washington lives on.