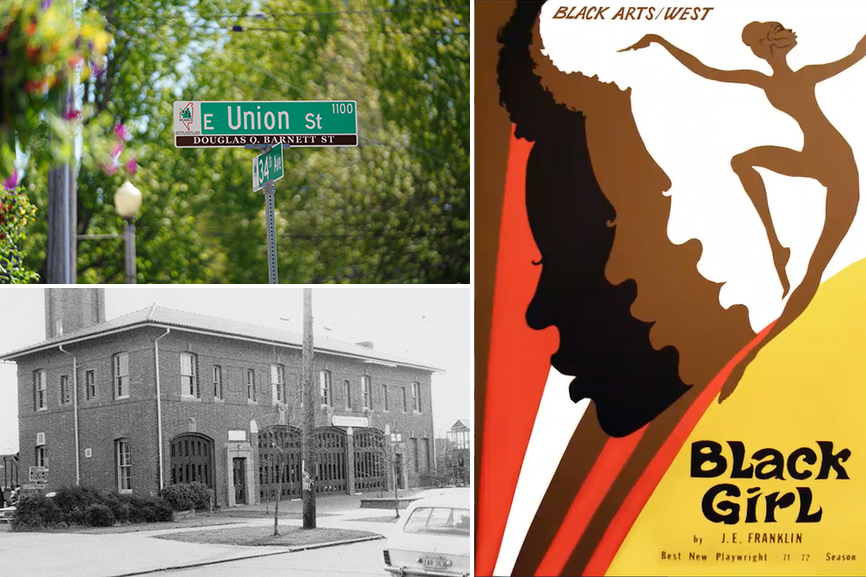 When Douglas Barnett opened Black Arts/West in 1969, there was nothing else like it. The theater's mission was to "Educate, Enlighten, and Entertain" by making accessible theater for and about Black people. That required appealing to the Black people living in the neighborhood and then bringing professional actors, directors and dancers to Seattle to hold workshops and help community members of all ages hone their craft.

Black Arts/West closed in 1980 after operating for about 10 years in Madrona, at 3406 East Union Street. Those leading the theater when it closed say its decline was due to both a loss of interest in Black theater in the community and a subsequent loss of federal funding.

Yet, over 40 years later, the theater’s legacy of bringing professional Black theater to Seattle lives on, largely through several artists who were uplifted by the work of Black Arts/West.

For this episode of the Black Arts Legacies Podcast, host Brooklyn Jamerson-Flowers talks to several artists who were involved with Black Arts/West and who have been dancing, acting and making art ever since.