Podcast | Past the dams, tribes help the Columbia River roll on

Few rivers define a region like the Columbia, where tribal scientists are making headway in bringing back its most important species: salmon. 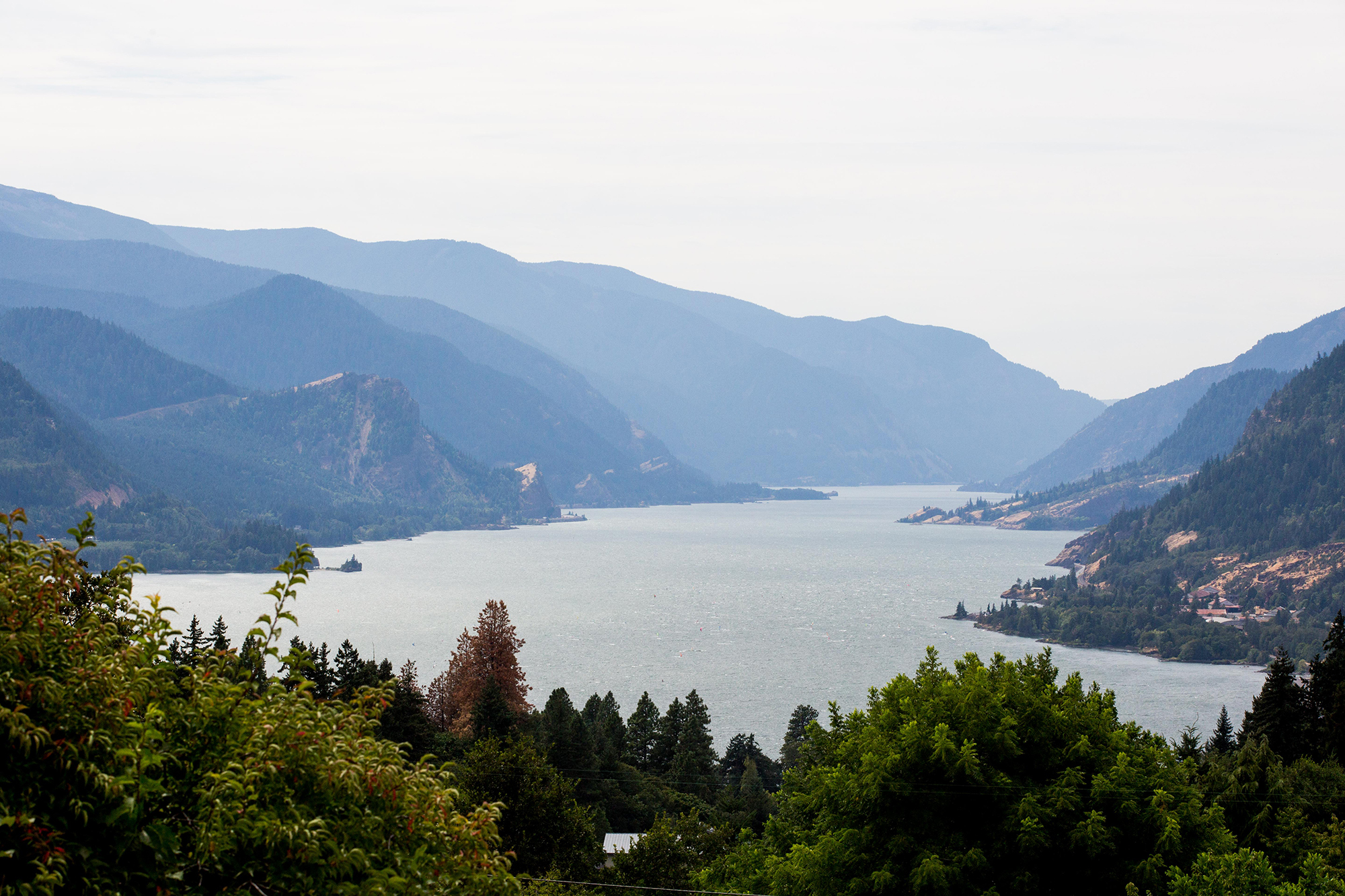 The Columbia River meanders along the Washington and Oregon border near White Salmon, Wash., Aug. 14, 2017. (Sofia Jaramillo for Crosscut)

Few rivers define a region like the Columbia. Since time immemorial, it’s been a food source, a dividing line and a driver of culture and politics throughout the Pacific Northwest. And since humans have lived on it, we’ve sung about it — from Native hymns to Woody Guthrie’s “Roll On, Columbia.”

Ever since white settlers first came west, people have gone from relying on its seasonal bounty to attempting to tame it for their own purposes. Of those efforts, nothing has transformed the Columbia like the 18 dams that generate low-cost electricity and create reservoirs that support Washington’s year-round agricultural industry. Woody even wrote a song about the largest of those dams, the Grand Coulee — a 500-foot-tall, nearly mile-long wall of concrete that is among the largest objects built by human hands.

But the dams also critically injured the river’s prolific salmon runs, eradicating the populations and flooding fishing grounds and villages that upstream salmon tribes relied on and lived in for millennia. Entire cultures were broken overnight, without even cursory consultation.

The memory of salmon has proved more powerful than concrete, however, as tribes and scientists have worked for decades to restore the presence of salmon in the upper Columbia. Now, the Colville Tribes are reporting that chinook salmon are spawning above the Grand Coulee dam for the first time in 80 years, offering hope that the river may yet return to its wild self again.

Correction: In this episode, we erroneously reported that the Chinook salmon released above the Grand Coulee Dam were from the Chief Joseph Hatchery, when they are in fact from the Wells Fish Hatchery. Crosscut regrets the error.