Podcast | How a young, progressive Latino could vote Republican

Jordan Chavez, an 18-year-old from Yakima, considers the influence of family, culture and party politics as he votes for the first time. 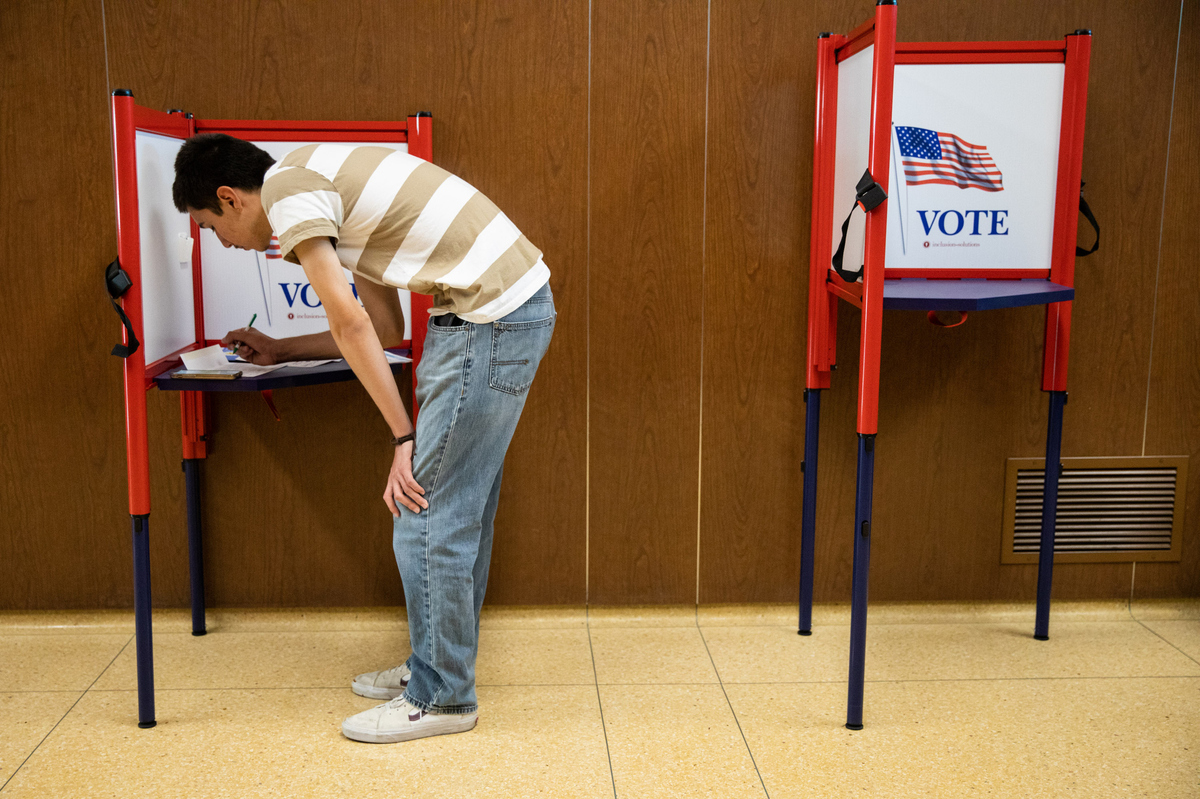 Jordan Chavez fills out a new ballot at the Yakima County Elections office on Thursday, July 28, 2022, after he lost his ballot envelope and needed a new one. Chavez’s vote in the midterms will be his first in a major election. (Amanda Snyder/Crosscut)

In the months leading up to the midterm elections, one group of voters has received a lot of attention, across the country and in Washington state: Latino Americans.

This group of voters has seen its influence grow in local and national elections in recent years, as its numbers have increased and its political tendencies fluctuated. Now, two years after more of the traditionally deep-blue Latino vote shifted toward Republican Donald Trump, and with the balance of power in Washington, D.C., determined by a handful of congressional seats, the impact of these voters looms large.

Young Latinos are seen as particularly influential to political fortunes right now. Because of the relative youth of the population, it is tough to talk about the Latino vote without talking about the youth vote.

Among those young people at the center of the conversation is Jordan Chavez, an 18-year-old from Yakima who is voting in his first major election this year.

To get a better sense of the forces at play on the millions of Latinos going to the polls this year, the latest episode of the Crosscut Reports podcast tells the story of Chavez, a first-time voter who’s dedicated, principled and, maybe, persuadable.

This story and podcast episode were reported by Mai Hoang and Sara Bernard. Photography by Amanda Snyder. Listen to Crosscut Reports on Apple Podcasts, Spotify, Amazon or wherever you get your podcasts. 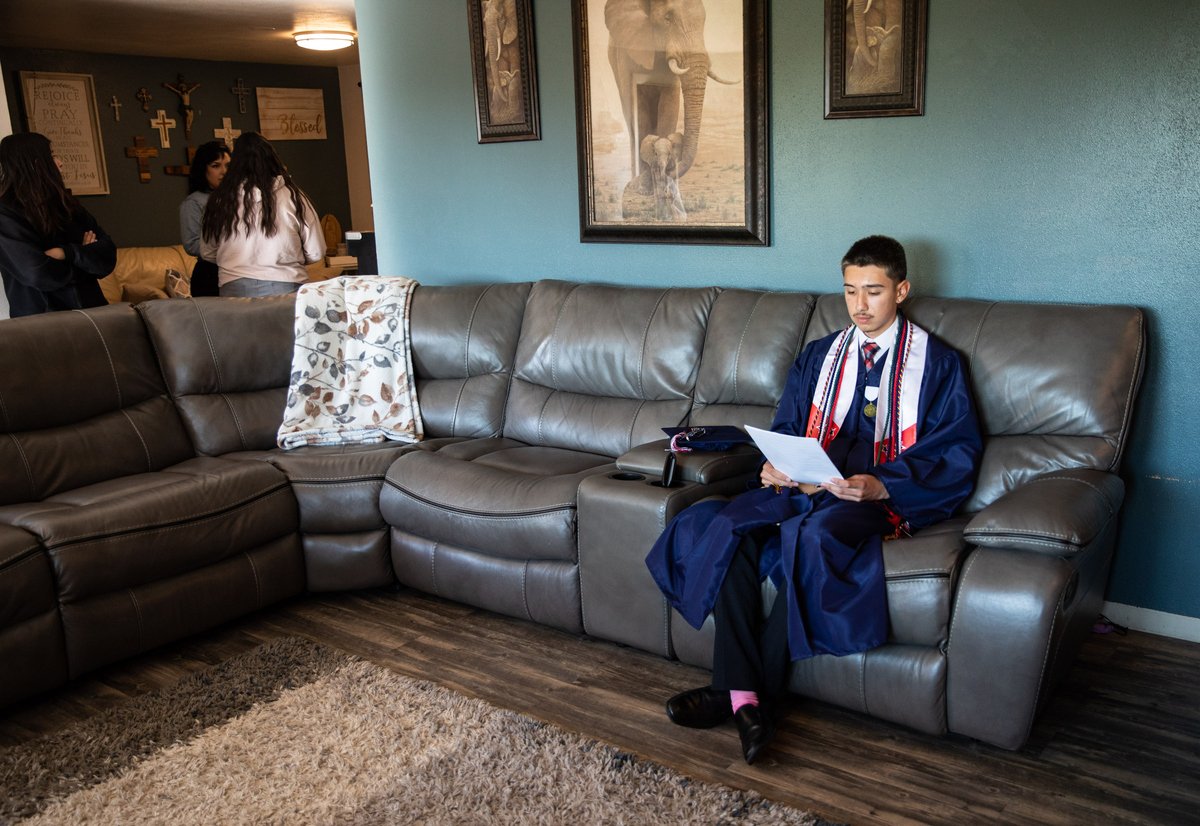 Chavez is more politically involved than most young people. In his senior year at Eisenhower High in Yakima, Wash., he served as student body president. And because he is young and Latino, grew up in Washington and is attending college in Seattle, political pundits who follow the data on these things won’t be surprised to hear that Chavez leans pretty far to the left.

This was confirmed when Chavez took a test in his Advanced Placement government class at the beginning of last year to determine where he stood on the American political spectrum. The results were conclusive.

"I believe my highest rating was the Green Party and then it was Democrat and then under Democrat was the socialist party," he says, adding that the test also identified Rep. Alexandira Ocasio Cortez and Sen. Bernie Sanders as his kindred political spirits.

And yet Chavez is not attached to one party or another and is not tribal about his political views. He remains open to more conservative strains of political thought; he is still friends with right-leaning former classmates and will often watch Fox News and other conservative media. 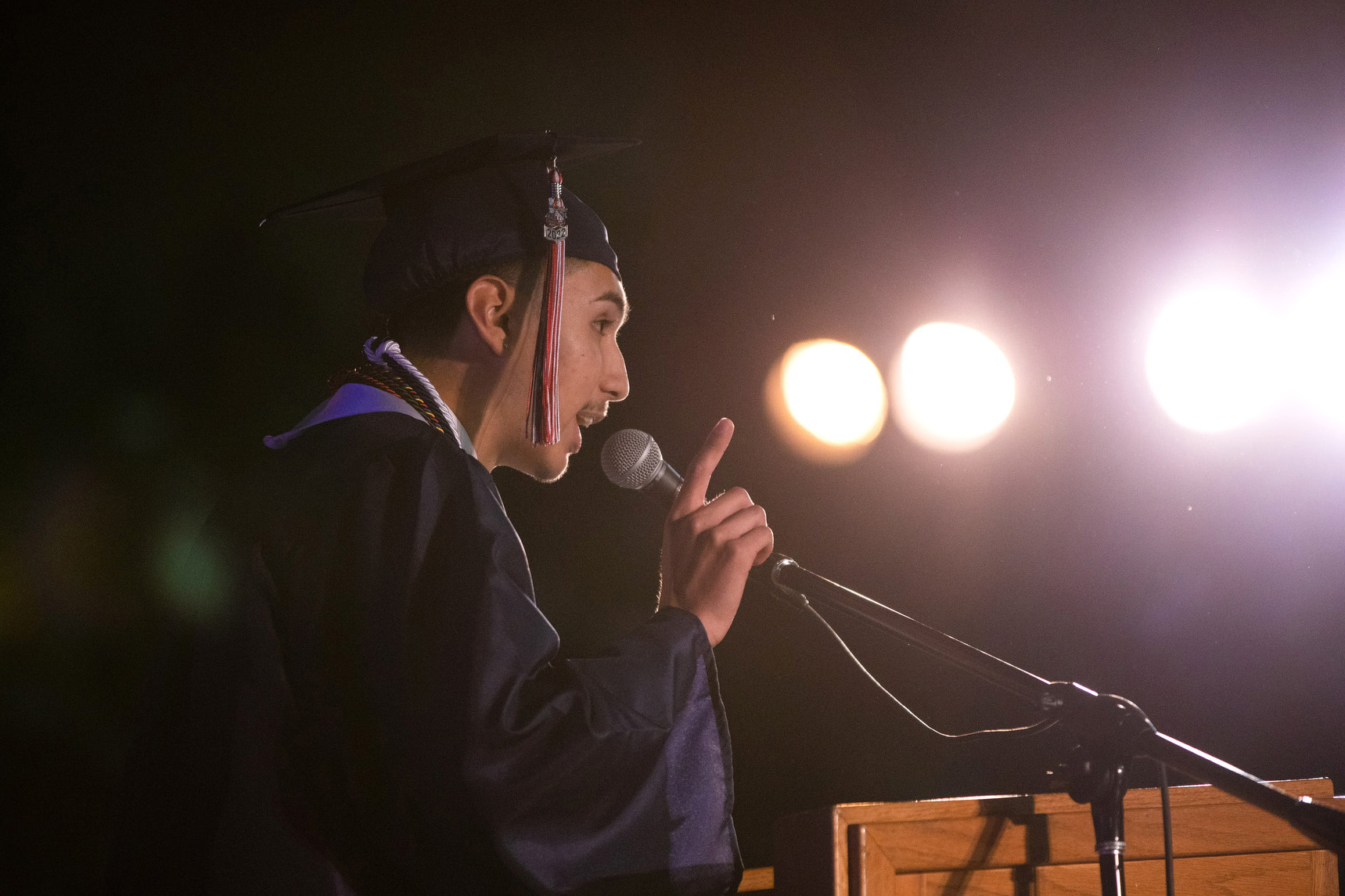 Chavez gives a speech to Eisenhower High School’s graduating class on Tuesday, June 15, 2022, at the Yakima SunDome. In his senior year, Chavez was his school’s student body president. (Amanda Snyder/Crosscut)

"I know I'm left-leaning when I talk to my friends," Chavez says. "It's just like ... being able to see how [they] interpret the world ... it's eye-opening for me."

And when it comes to voting for the first time, Chavez takes the task very seriously. As he was preparing to vote in the August primary, he was considering casting his vote for Democrat Doug White in the Fourth U.S. Congressional District race, but could also see his way to voting for Republican incumbent Dan Newhouse.

Newhouse is one of just 10 Republicans who voted for the impeachment of then-President Donald Trump following the Jan. 6 insurrection, which makes him distinct within his party. Yet he is far to the right of the politicians Chavez is supposedly aligned with.

That Newhouse is an incumbent with a track record on local issues that Chavez views favorably does hold a lot of sway, he says. The threads of conservatism in his family and, in his observation, the Latino community have played a part as well. And then there are simple retail politics.

“The Republican Party will go out of their way to actually speak to Latinos, and like, get them in and talking about politics,” Chavez says. 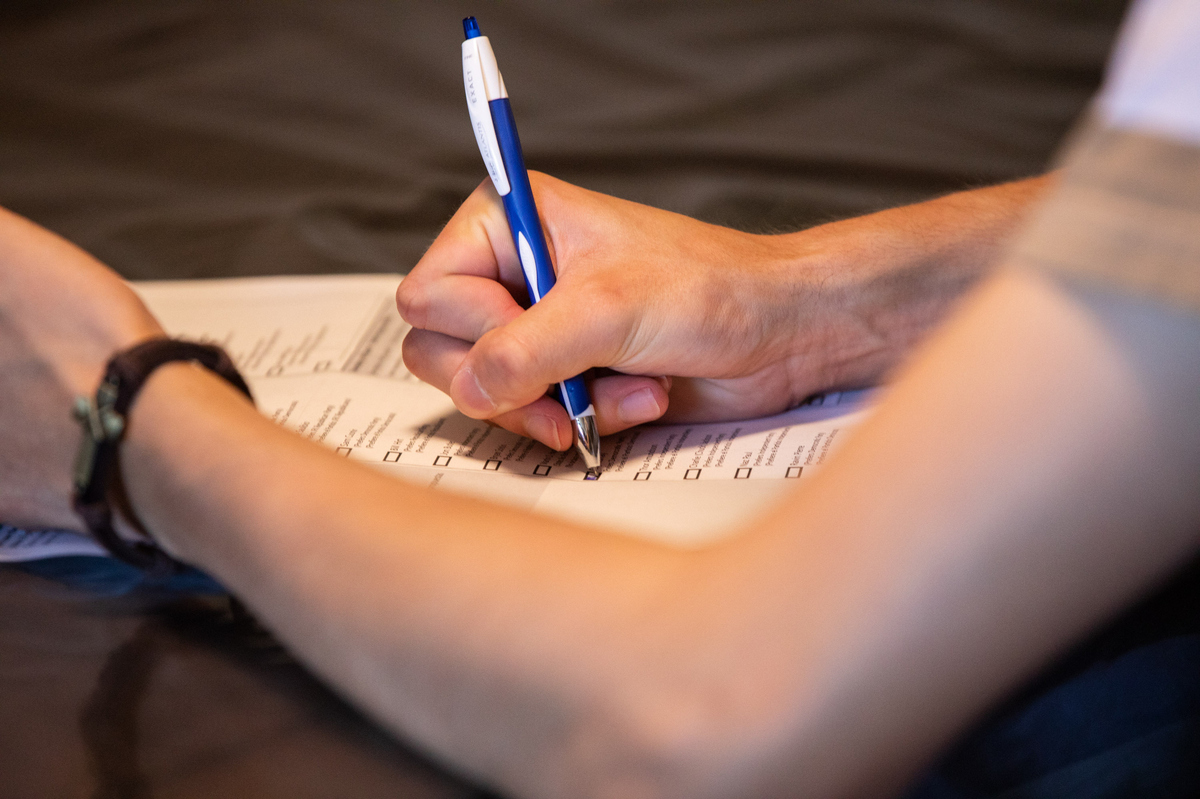 Chavez fills out his August primary ballot in his family's kitchen. He would find out later that he lost his ballot envelope. (Amanda Snyder/Crosscut)

Chavez and his family have a lot more to say about the decision before them in the podcast. But he never revealed how he voted in the primary or how he would vote in the general election, where Newhouse and White are once again on the ballot. For now his vote, along with the votes of Latinos across the nation, remains unknown.

What is known, and made clear in all the reporting and polling that has led up to the midterm elections: The Latino vote is not a monolith. And no single person’s experience could stand in for the political story of an entire people. Instead, Chavez’s journey to the ballot box, and the decisions he faces as he forms his political identity, illuminate the complexity of the issues and the difficulty in predicting exactly what will happen come Election Day. 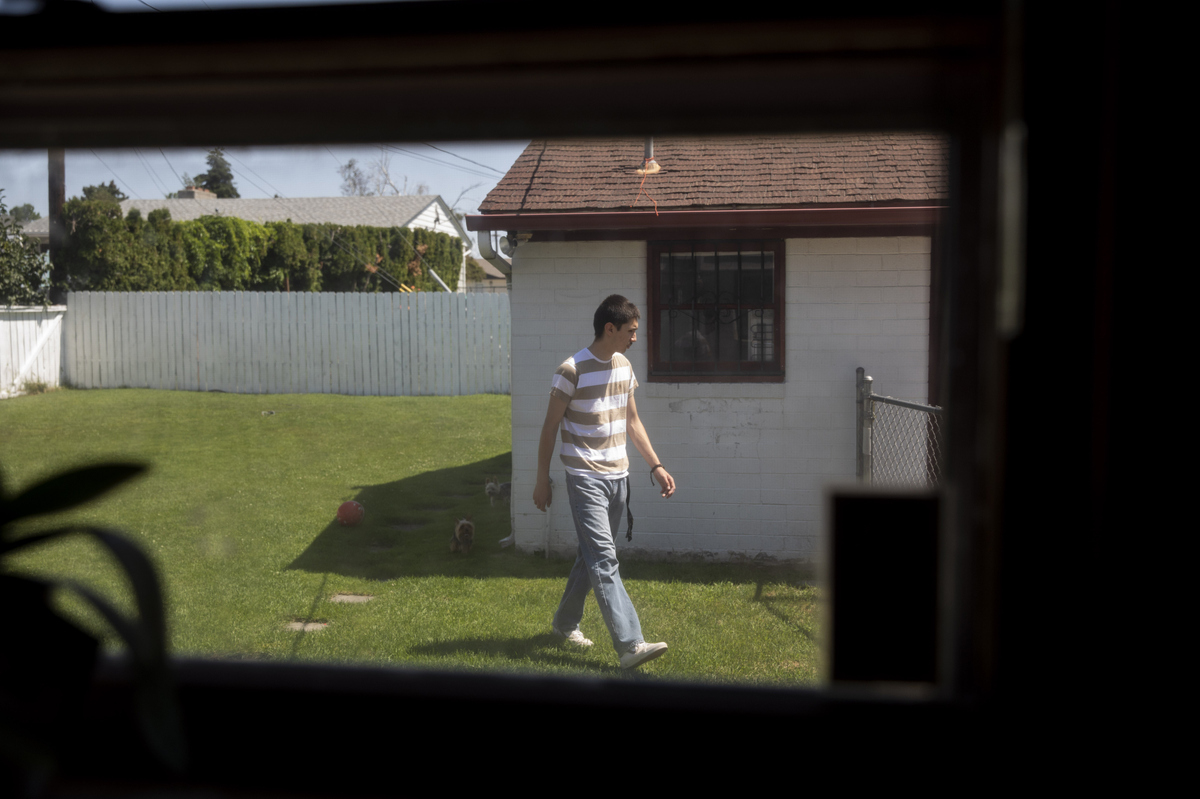 Jordan Chavez walks to his garbage to look for his ballot envelope. Chavez lost the envelope and needed to go get a new one at the Yakima County Elections office. (Amanda Snyder/ Crosscut) 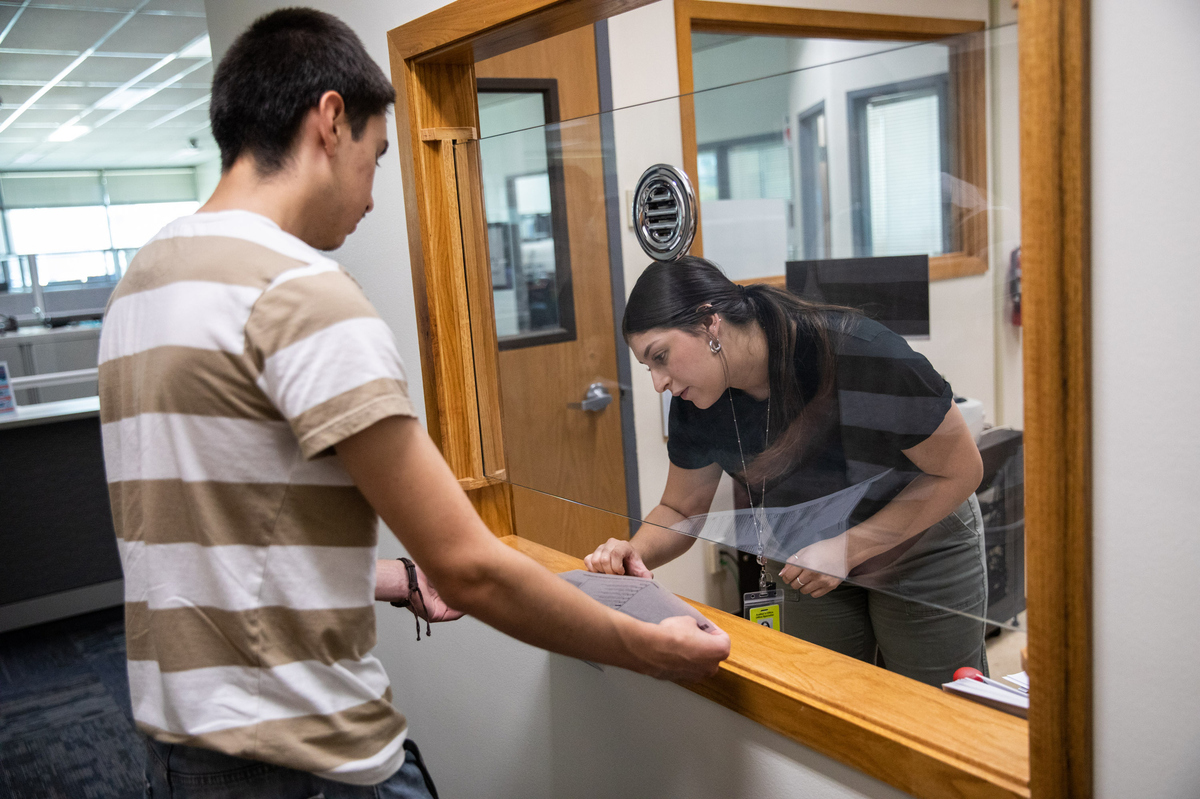 Jordan Chavez gets a new ballot from Rochelle Saucedo at the Yakima County Elections office to fill out after losing his ballot envelope. (Amanda Snyder/ Crosscut) 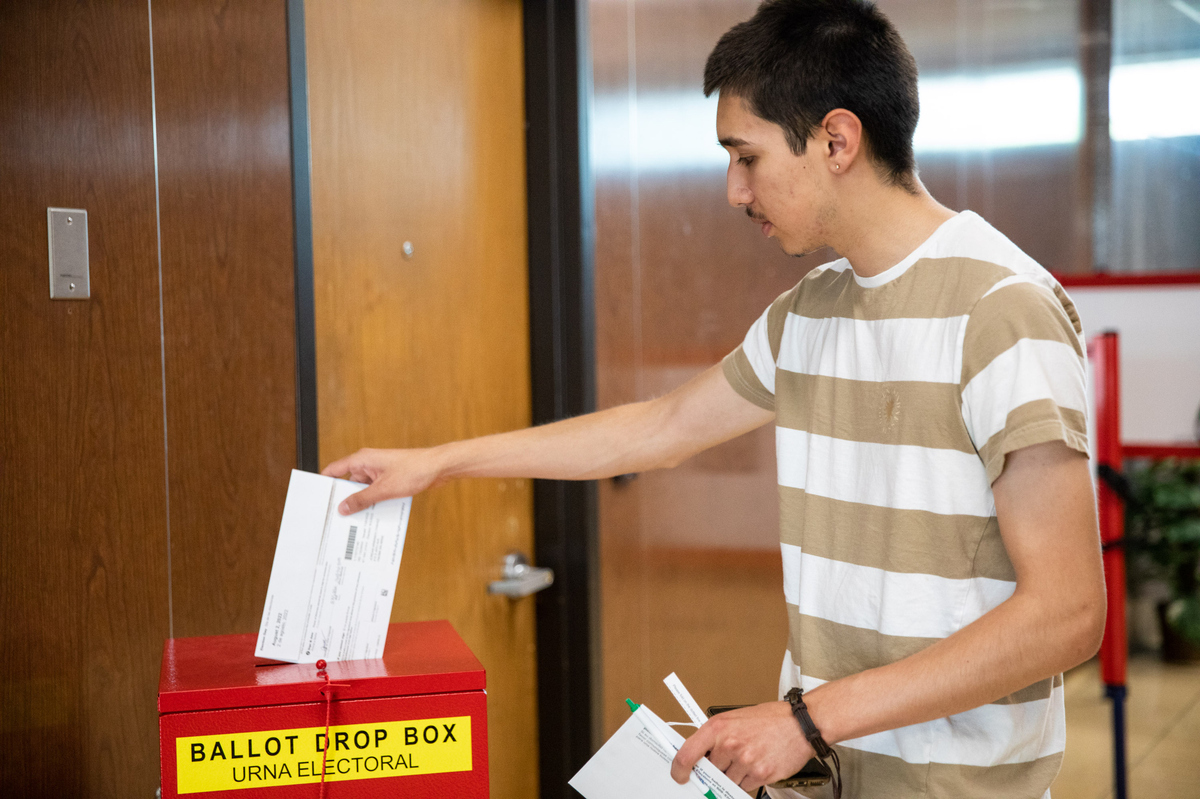 Stay tuned for our post-election episode of Crosscut Reports where we will follow up with Chavez and some other Latino voters to find out how they voted and how they are feeling about the results.