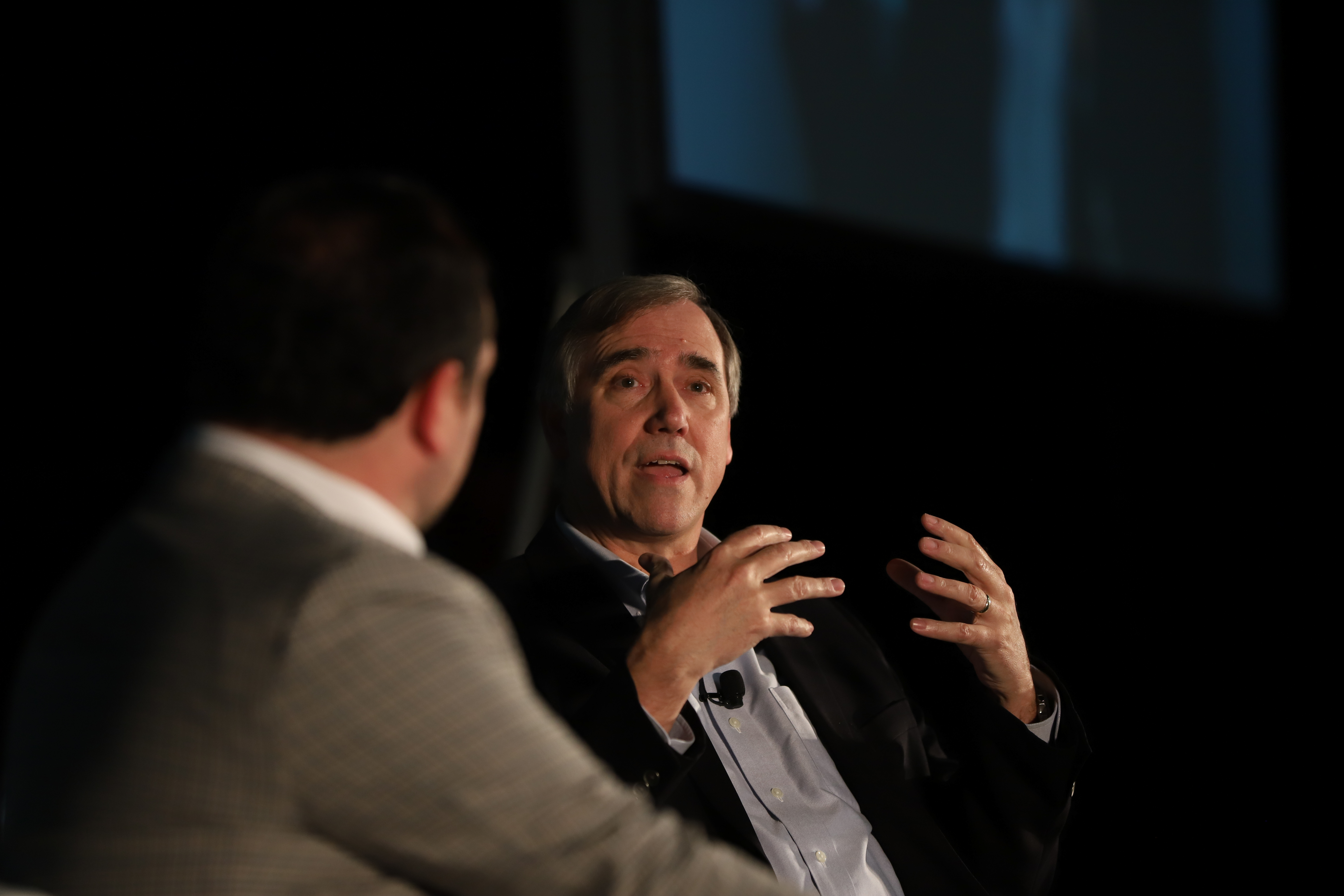 Sen. Jeff Merkley speaks with the Washington Post's Philip Rucker about the investigation into the president and the race for the White House, at Seattle University on May 4, 2019, as part of the Crosscut Festival. (Photo by Dorothy Edwards/Crosscut)

Earlier this year, Jeff Merkley did something that's become pretty rare for a high-profile Democrat: He announced that he would not be running for president.

The junior senator from Oregon had been mentioned as a possible contender after making a name for himself as a vocal opponent of the Trump administration. He filibustered one of the president's Supreme Court nominees for 15 hours. And he was out front on family separation at the border.

But instead of joining the dozens of politicians vying for the nomination, Merkley chose to focus on his re-election to the U.S. Senate. Why? Because the upper chamber is broken, he says, and he believes he can help fix it.

For this episode of the Crosscut Talks podcast, Merkley sits with Philip Rucker, White House bureau chief of the Washington Post, and talks about that decision and what it will take to make Congress work again.