The candidate says his plan can save the economy and the environment while addressing racial injustices. Policy expert Leah Stokes tells us how it's supposed to work. 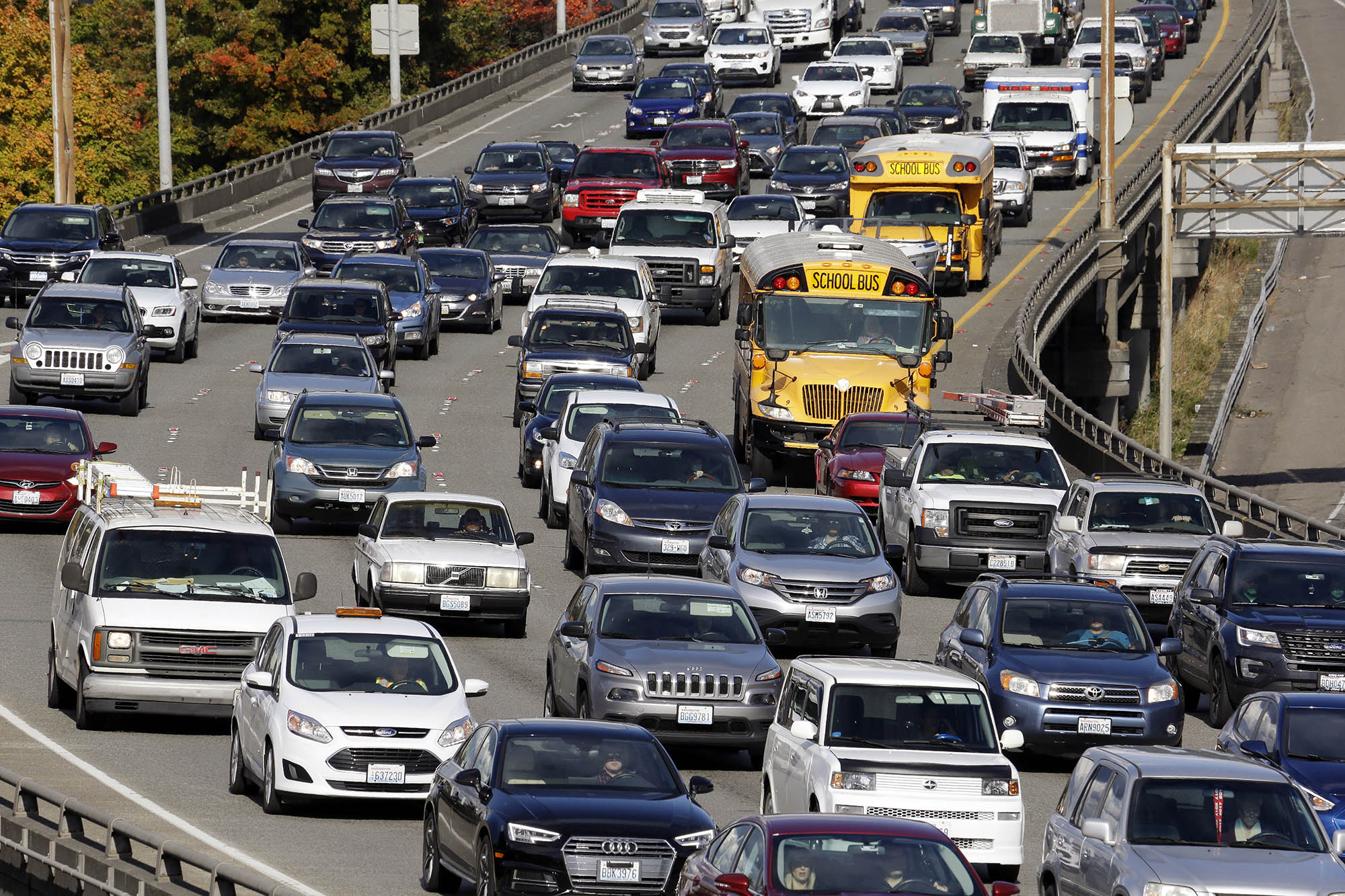 In this 2017 file photograph, traffic fills all lanes of Interstate 5 heading into downtown Seattle. (Elaine Thompson/AP)

When the Joe Biden campaign introduced its Build Back Better plan earlier this month, it delivered what promised to be a kind of silver bullet. The presumed Democratic nominee for the presidency proposed to fuel an economic recovery, beat back climate change and deliver racial justice through a robust package of programs and standards that would reshape a large portion of the U.S. economy around clean energy. The price: $2 trillion. It was a bold move from a candidate not known as a leader on climate, and so it isn't surprising that much of the plan is borrowed, some from his former opponents. This week on the Crosscut Talks podcast, environmental policy expert Leah Stokes talks about the work that led to this plan, tells us who is responsible for what and contemplates the likelihood that this silver bullet will ever be fired. Plus, Crosscut news and politics editor Donna Blankinship walks us through the latest Crosscut/Elway Poll, which looks at Washington voters' attitudes toward the pandemic response and asks, "Are you wearing a mask?"