Podcast | American hypocrisy in the fight for democracy in Hong Kong

When China introduced its new national security law, leaders in the U.S. voiced outrage. The Nation's Wilfred Chan tells us why he believes their words ring hollow. 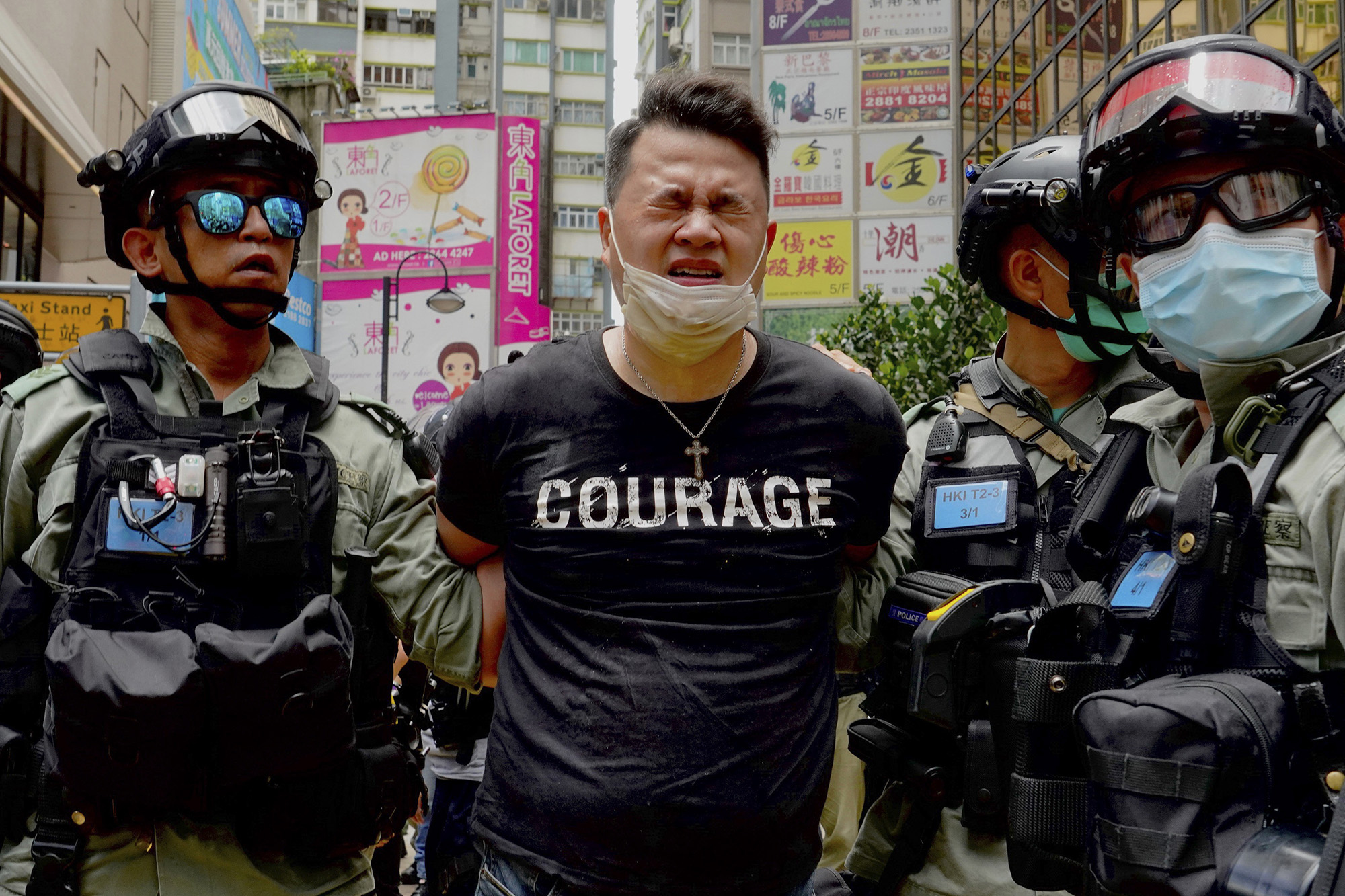 Police detain a protester who had been pepper-sprayed during a protest in Hong Kong, July 1, 2020, the 23rd anniversary of the city's handover to China in 1997, and just one day after China enacted a national security law that cracks down on protests in the territory. (Vincent Yu/AP)

When the Chinese government enacted a new national security law that outlawed dissent in the semiautonomous city of Hong Kong, it signaled a new, and perhaps final, stage in the city’s pro-democracy movement. Since 2014, activists have staged sit-ins and clashed with police while calling for greater transparency in the city’s elections and decrying Beijing’s influence over its government and police. The new law, which went into effect at the end of June, made it illegal to even speak of such things. Now many activists and sympathizers have been shutting down social media accounts, or even fleeing the city, for fear of being arrested. Some political leaders in the United States, meanwhile, have denounced the new law, despite the State Department’s support for the Hong Kong police, a force that has sought to quell dissent. For this week’s episode of the Crosscut Talks podcast, we speak with Wilfred Chan, a contributing writer to The Nation and a Hong Kong leftist, about the new law and the movement it threatens to quash. He shares his views on the history of protest in Hong Kong and the complicated role that the United States has played in the conflict. Plus, David Kroman tells us what happened after Seattle activists learned the feds were coming to town.