Conservative Washington Post columnist Henry Olsen discusses the split he sees between the president and many of the people who vote for him. 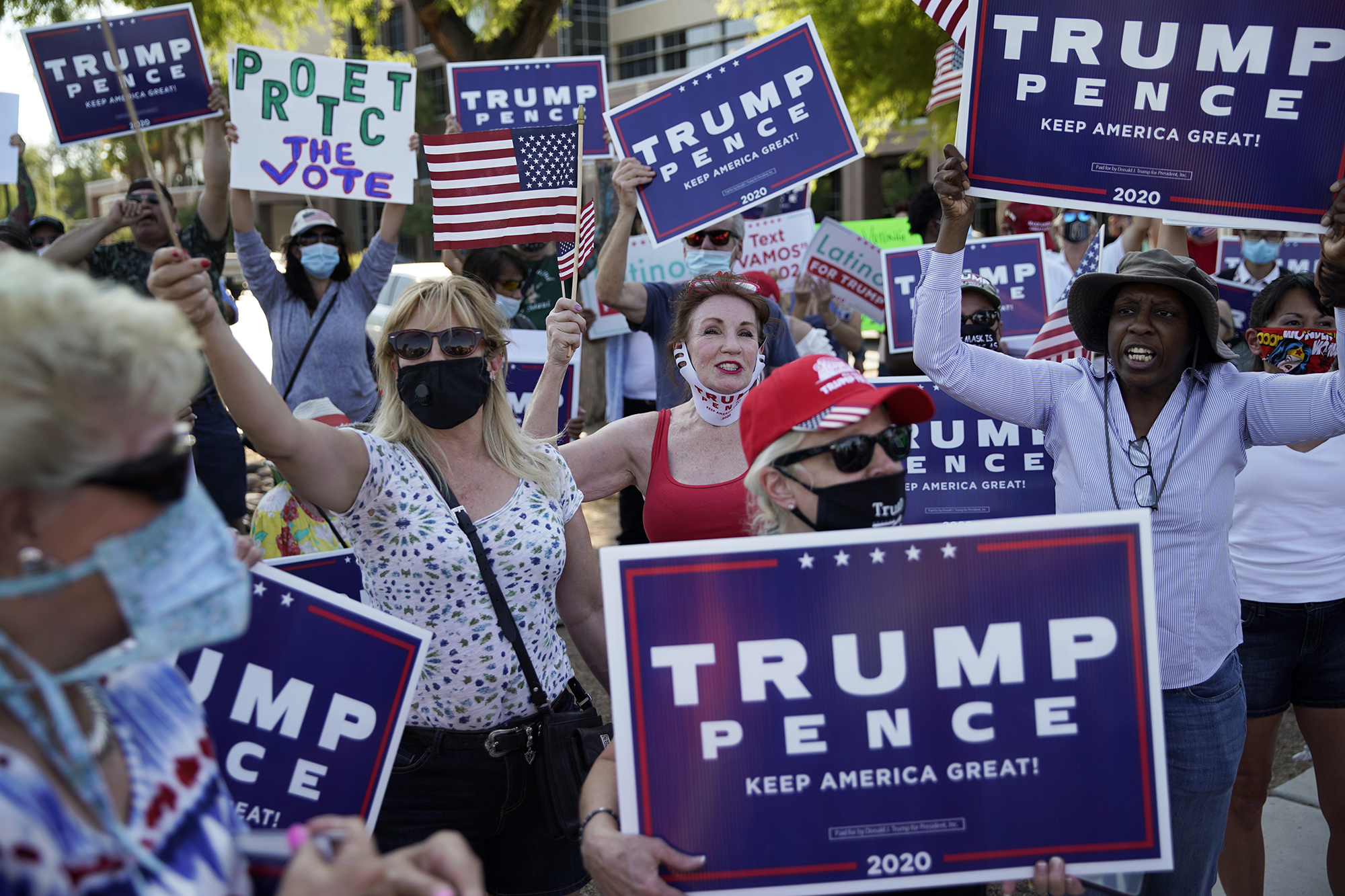 People chant during a protest Aug. 4, 2020, in Las Vegas against mail-in ballots for the November election. (John Locher/AP)

When the Republican National Convention opens next week, it will be entering uncharted territory. Not just because of pandemic considerations that will prevent the party from packing an arena with delegates, but because those delegates will be supporting a party that is not using the quadrennial event to introduce an updated party platform and a president who is running without any new policy goals that might address the considerable problems the country faces.

While politics watchers can make some safe assumptions about the run-of-show for the convention, the future of the Republican Party is far more difficult to discern, especially if you believe that the president could very well lose the election. Where will the populist fervor that has overtaken the party in the Trump era go if Joe Biden wins the presidency? And how might the leftward pull of the populists in the Democratic Party ultimately affect what a new Republican Party might look like and how it might govern?

For this week's episode of the Crosscut Talks podcast, we invited Washington Post columnist Henry Olsen to discuss the rift he sees between Trump and his party, the possibility that Trump could beat the odds and win re-election, and what he believes might happen to the Republican Party and its voters if he loses.