Podcast | How Boogaloo is different from America’s militia movement 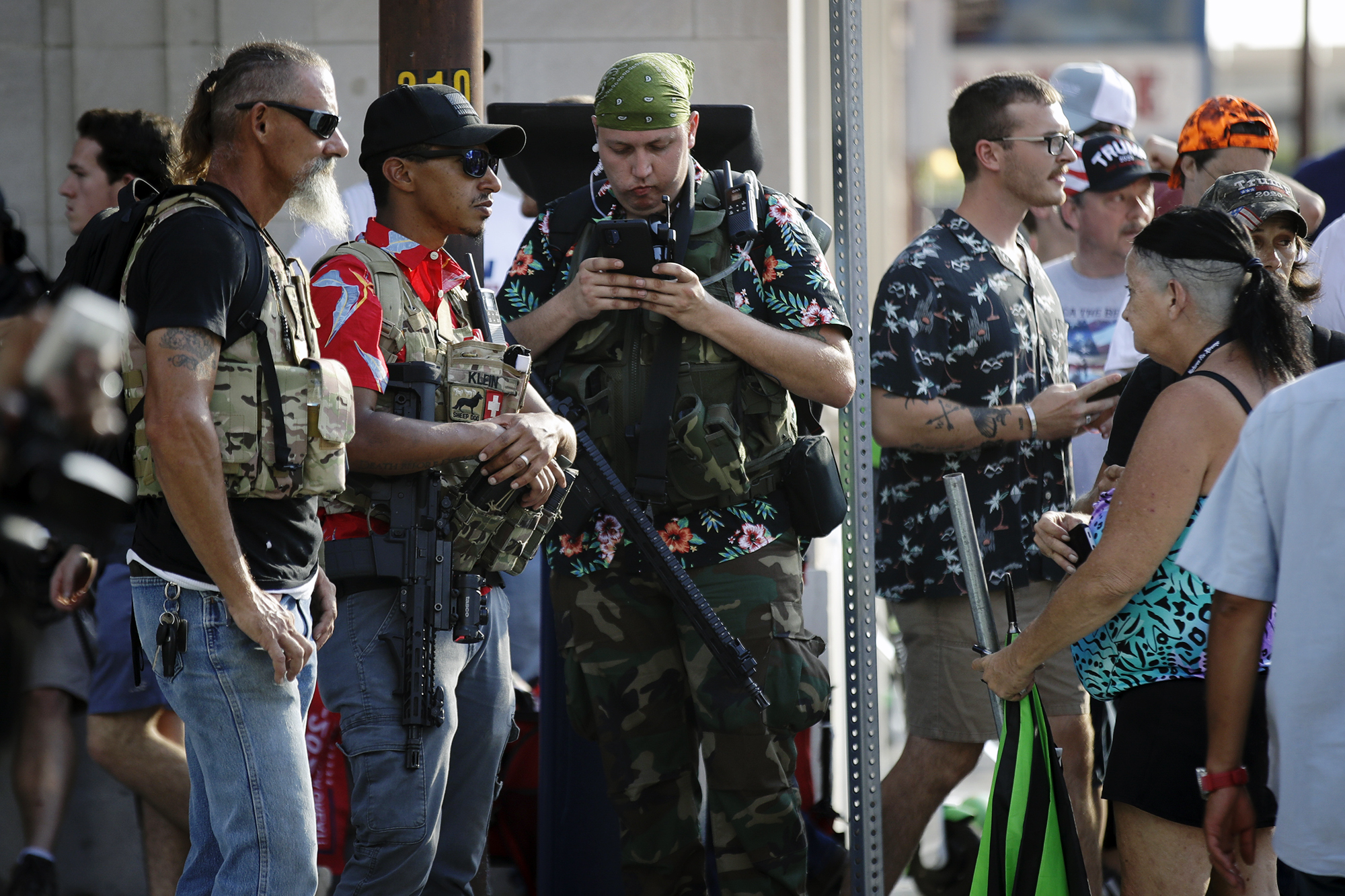 When people began appearing at state Capitol buildings across the country in the spring, demanding that their governments rescind the restrictions put in place to contain the emergent coronavirus pandemic, there were well-known groups in attendance: Trump supporters, anti-vaxxers and militia members. But among the ranks of the disgruntled was a new kind of reactionary.

Often wearing aloha shirts with their tactical gear and carrying long guns, these men — and they were predominantly men — flew a different kind of flag: a black-and-white version of the American flag featuring a single floral stripe and an igloo where the stars would go. These were the adherents of Boogaloo, a leaderless movement that has sprung into the public sphere in recent months, bringing with it confusion and violence.

The confusion results from the inconsistent politics of its followers, and the violence is in the service of a disturbing aim expressed by many of the adherents: to bring about the downfall of American society.

This week on the Crosscut Talks podcast, journalist Leah Sottile discusses her recent story in the New York Times Magazine that explores the origins of this new cultural force, what makes it different from the right-wing militias she has covered and why it's so difficult to understand exactly what it is that the Boogaloo wants.

Plus, Crosscut reporter Manola Secaira tells us what happens to a tourist town when the tourists don't show up.