Podcast | Support grew for both Trump and Biden. So what now?

Talk radio host Michael Medved and political science professor Christopher Parker consider the future of the parties and our nation. 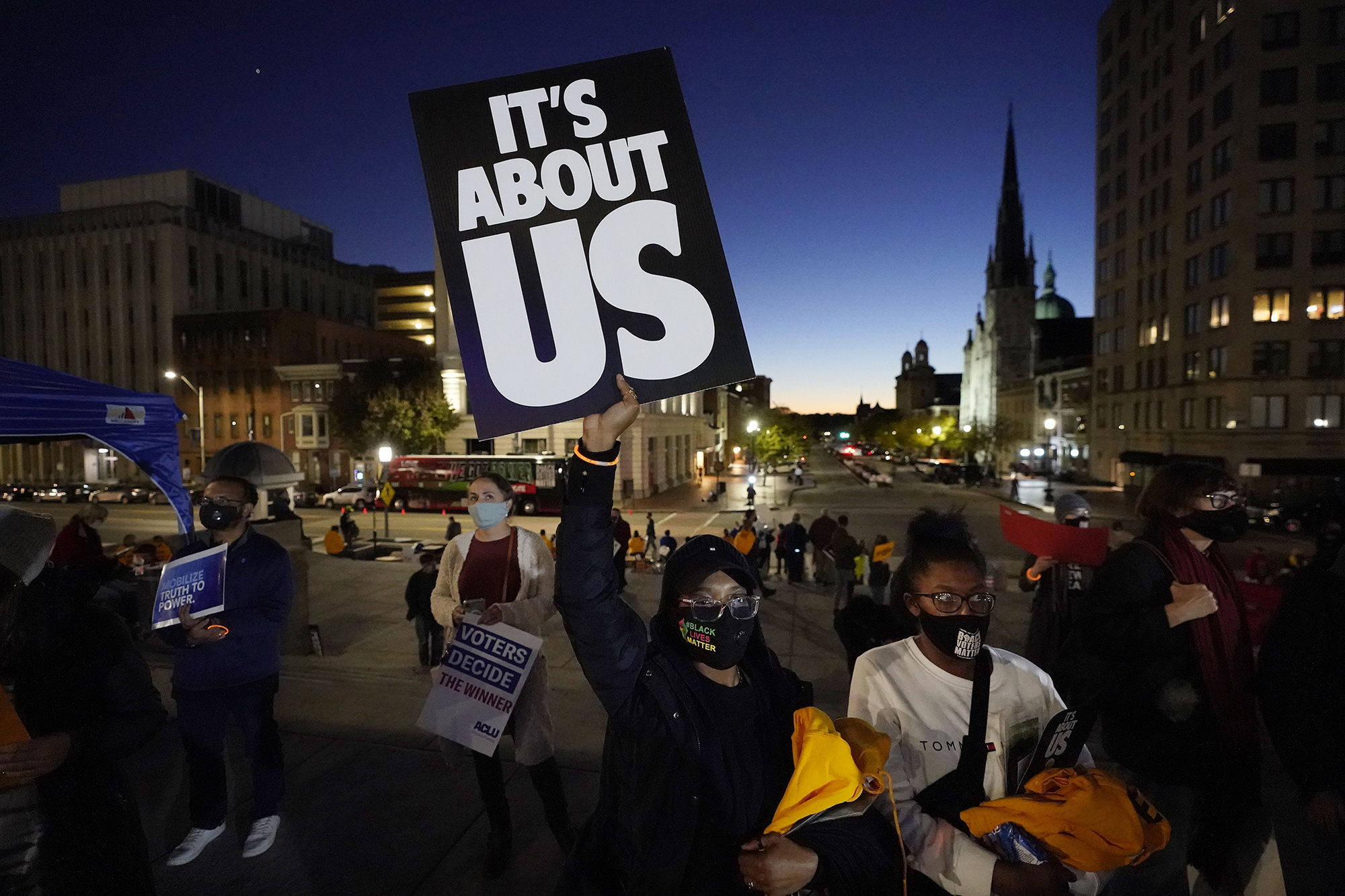 Symphany Jones, center, demonstrates with others outside the Pennsylvania State Capitol to urge that all votes be counted, Wednesday, Nov. 4, 2020, in Harrisburg, Pa., following Tuesday's election. (Julio Cortez/AP)

There was no first-round knockout. In fact, while the result of the race for the American presidency was not immediately clear in the days following the election, the early vote totals quickly dispelled any notion that the current president's aberrant behavior and haphazard management of the COVID-19 pandemic might have turned off a mass of his supporters.

Rather, support for President Donald Trump has grown. The incumbent president eclipsed his 2016 vote total by at least 3 million votes, while gaining ground with Black and Latino voters. Unfortunately for the president, Joe Biden did even better, breaking the previous record for a presidential candidate in the popular vote, outgaining the 2008 total of his former boss, Barack Obama, by at least 3 million votes.

How that would play out in the Electoral College remained to be seen when we sat down on Thursday morning with conservative talk radio host Michael Medved and University of Washington professor Christopher Parker for the latest episode of the Crosscut Talks podcast. They discussed what the continued support for the president says about the country, what it portends for the future of the Republican Party and how the Democrats might govern, given their new coalitions.