Podcast | How Seattle made hip-hop its own 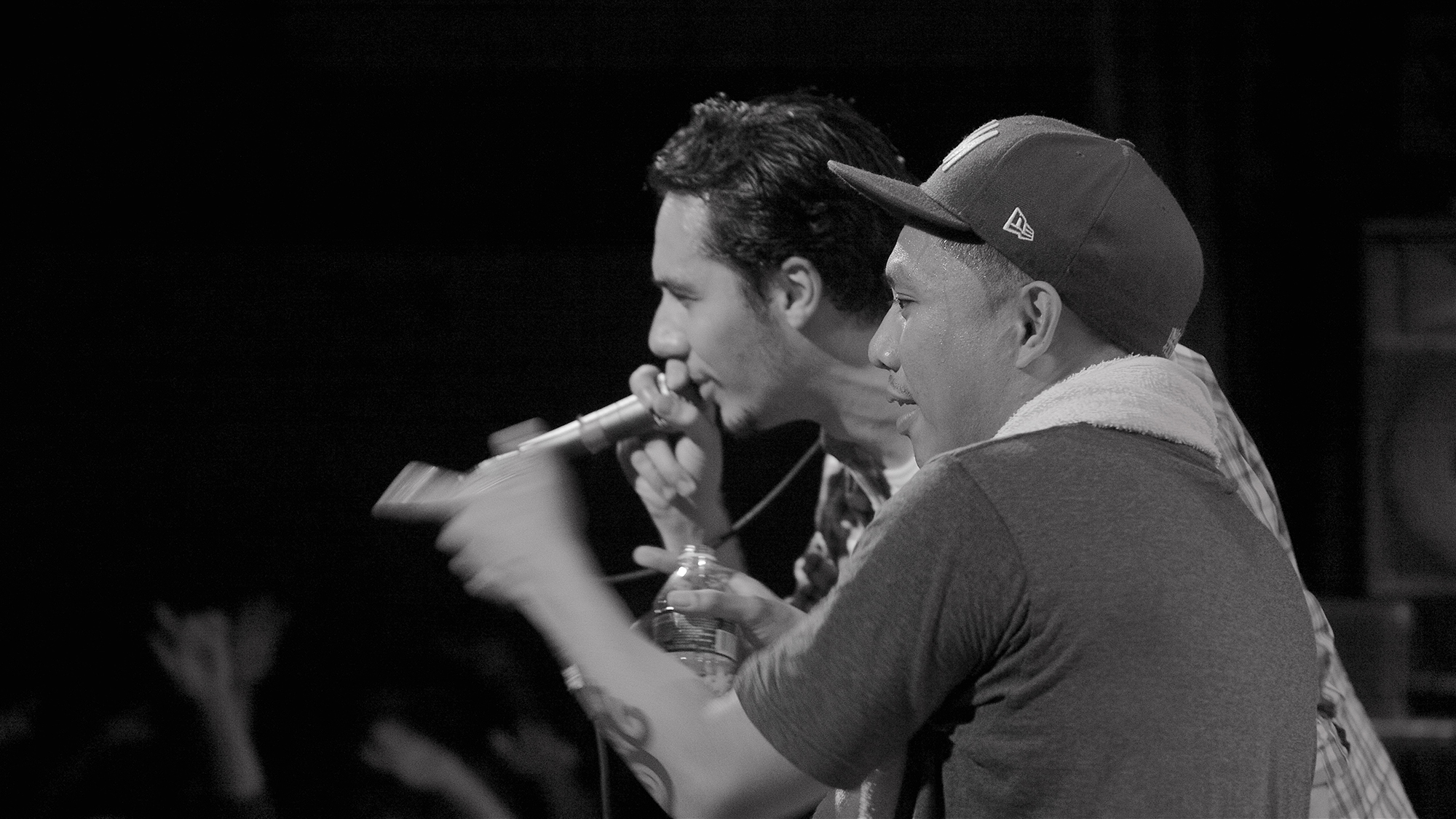 Alexei Saba “DJ Sabzi” Mohajerjasbi, left, and George “MC Geologic/Prometheus Brown” Quibuyen met as students at the University of Washington and formed Blue Scholars in 2002. Based out of southeast Seattle, their music touches on issues of social justice, class struggle, and youth empowerment. (Tone Photography)

From the moment "The Rapper's Delight" first played over the air of KYAC in Seattle, the trajectory of culture in the Pacific Northwest shifted. That song, performed by New Jersey's Sugarhill Gang and one of the earliest tracks in the history of hip-hop, was a clarion call for a youth culture hungry for something new.

Seattle was not alone in this respect. But the way that hip-hop hit in the city and the music its artists made in response to those early influences was unique.

Nestled in the Northwest, isolated from the major culture centers and largely disrespected, these artists were exposed to many of the same factors shaping much of hip-hop culture elsewhere — gentrification, gangs, mass incarceration — but they interpreted it differently. It can be heard in the music of artists throughout the four decades of Seattle hip-hop, from Sir Mix-a-Lot and Macklemore.

For this week's episode of Crosscut Talks, we speak with Daudi Abe, the author of Emerald Street: The History of Hip Hop in Seattle, walks us through a history that he lived, discusses the cultural pressures that shaped it and details the distinct way that Seattle artists made an art form their own while telling a universal story.