The director and a historian from the new American Experience documentary reflects on the first presidency of the 21st century and how it changed America. 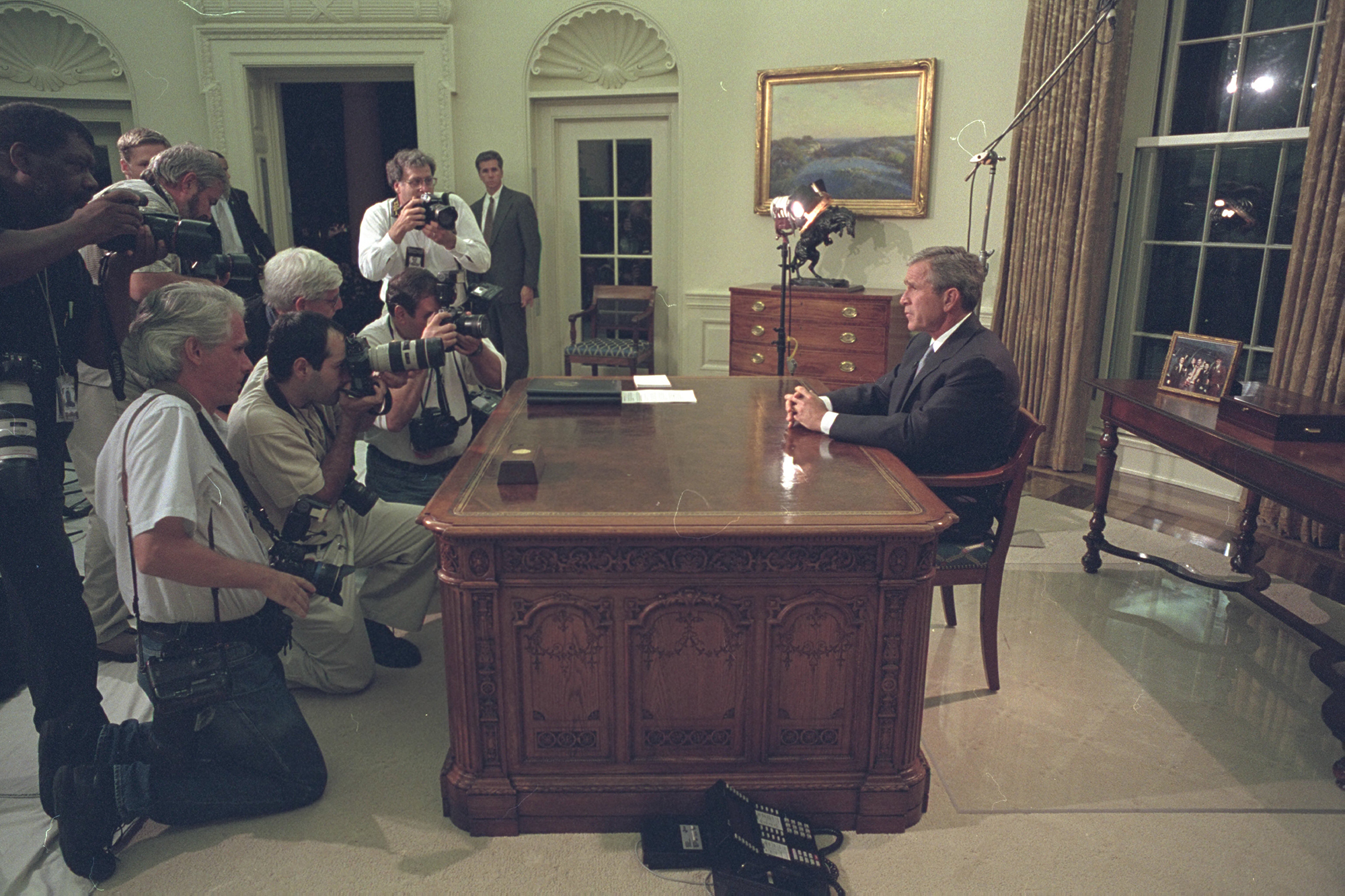 President Bush delivers an address to the nation regarding terrorist attacks on the World Trade Center, the Pentagon and a hijacked airplane that crashed in rural Pennsylvania. (Paul Morse/The White House)

One thing is certain about the presidency of George W. Bush: It was consequential. From the Sept. 11 attacks, through the war in Iraq and Hurricane Katrina and into the financial crisis of 2008, the country was sent careening through an era of deep disruption that changed the way Americans live and think. At the center of it all was the president, first as a unifying figure, later a divisive one and, finally, a derided one. From the moment his presidency ended, amid economic devastation and two prolonged wars, questions remain about how the first presidency of the 21st century would be remembered. Would history damn George W. Bush or somehow exonerate him? Twelve years later — with the nation again in the midst of a transformative crisis, led by a historically divisive Republican president — historians are beginning to take another look. For this episode of the Crosscut Talks episode, we speak with Barak Goodman, the director of a new American Experience film about Bush, and historian Robert Draper about the 43rd president and his legacy. Plus, Crosscut resident historian Knute Berger talks about his reporting on the origins of the anti-vaccine movement of the 1920s.