Podcast | Nikkita Oliver on the future of Black Lives Matter

The community organizer, attorney and former Seattle mayoral candidate discusses how the movement seized the moment and where it goes from here. 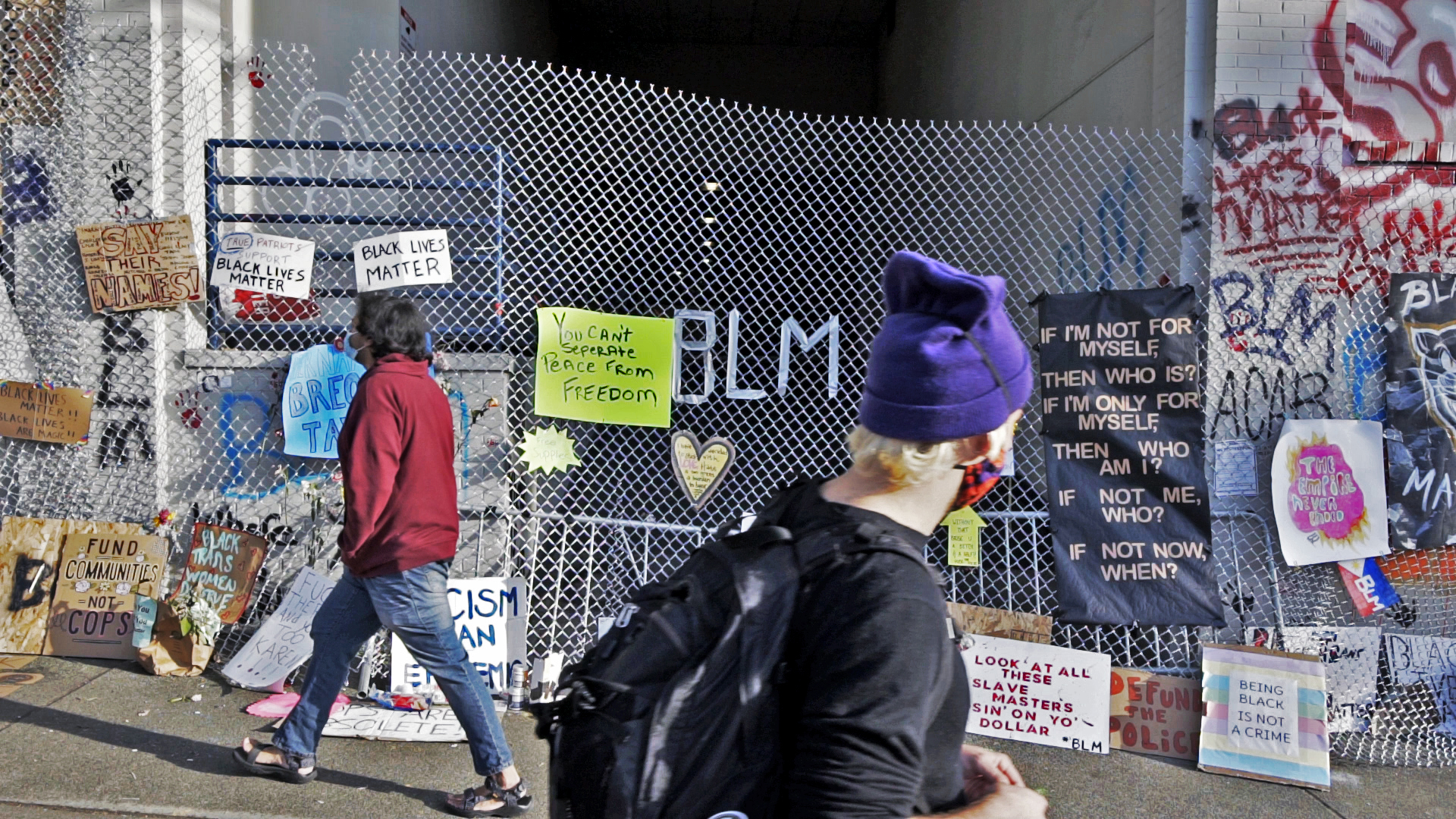 Pedestrians pass by a collection of protest signs outside of Seattle’s East Precinct, in the improvised Capitol Hill Occupied Protest, June 14, 2020. (David Quantic/Crosscut)

The Black Lives Matter movement has made a tremendous amount of progress in a very short time. In a single month, it has gone from an afterthought for many Americans to the leading topic of conversation in the nation and a major catalyst for change. Hundreds of thousands of Americans have taken to the streets in support of the movement's message, and polling shows that a majority of Americans at least sympathize with its aims. It remains to be seen whether this latest chapter of America's ongoing civil rights movement can hold the public's attention and favor long enough to result in real change. For this week's episode, we are joined by Nikkita Oliver, one of the movement's leading voices, to talk about the work being done by the activists, the demands being made of city leaders and where she sees the fight for Black lives going from here. Plus, reporter Hannah Weinberger provides us with a coronavirus update, parsing the details of and concerns over the state's reopening plan.