Teddy Phillips, Monyee Chau and Steven Miller discuss disruption, unrest and the pain — and healing — that comes from making art. 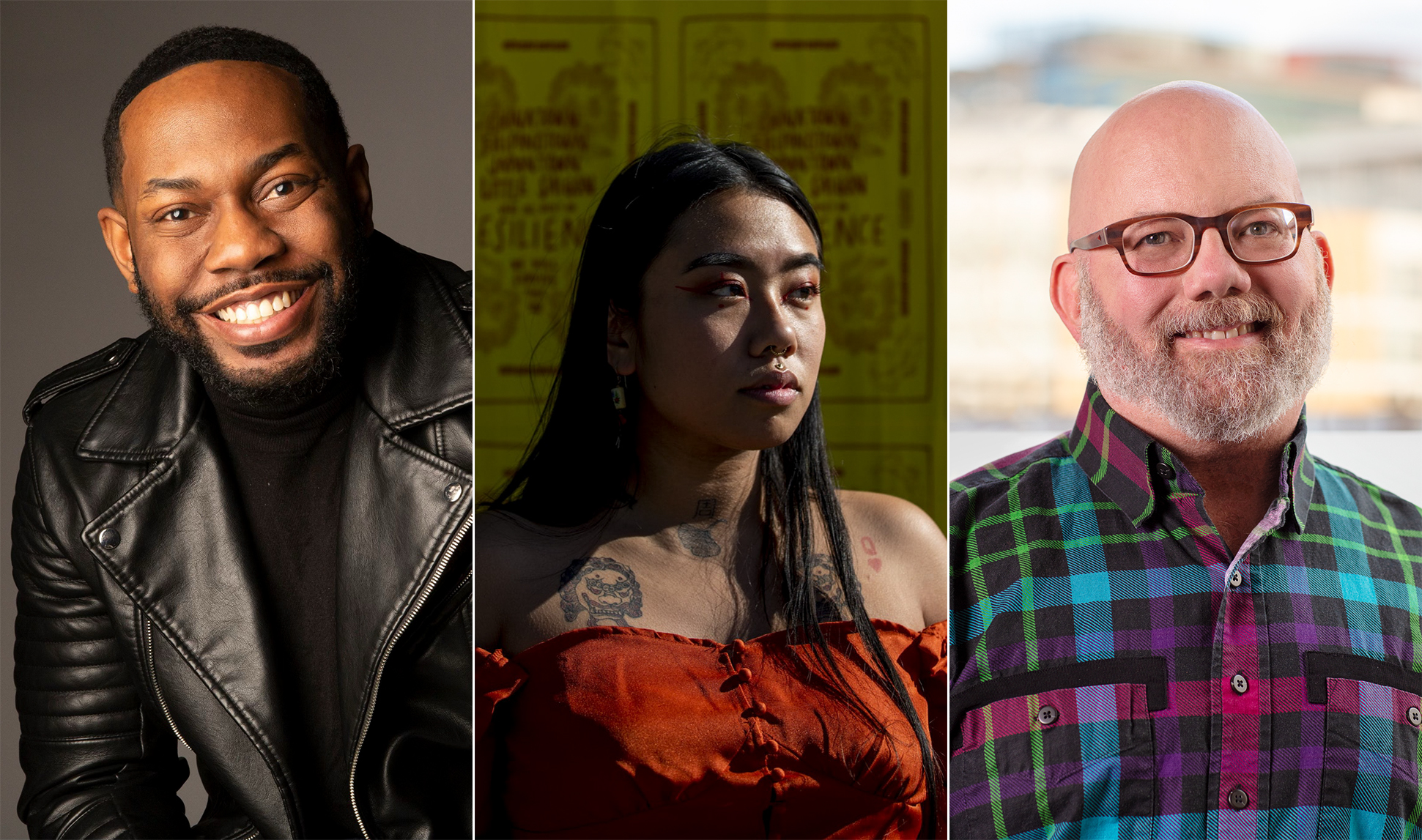 All art, whether searingly relevant or seemingly superficial, has a kind of political weight to it. Murals, photography, printmaking and performance can help shape our perception of reality, challenging certain ways of living and thinking, and giving power to others.

In the past year, in particular, it's been hard to view any work of art as divorced from the hugely disruptive events that we've been living through and the politics of inequity that underline each one of them.

Listening to the artists who appear on this week's episode of Crosscut Talks, which was recorded earlier this month at the Crosscut Festival, it's clear that rather than existing in a separate realm, art is intrinsically affected by political and social change, and vice versa.

In this conversation, Monyee Chau, Steven Miller and Teddy Phillips speak with Crosscut arts and culture editor Brangien Davis about the particular political challenges they address in their work, as well as the impact their artmaking has had on them as individuals: how it has helped them cope and connect, as well as the pressures they've felt and the limits they've hit.