The Republican Party is at a defining moment. Ross Douthat and Henry Olsen discuss its recent moves and its ultimate fate. 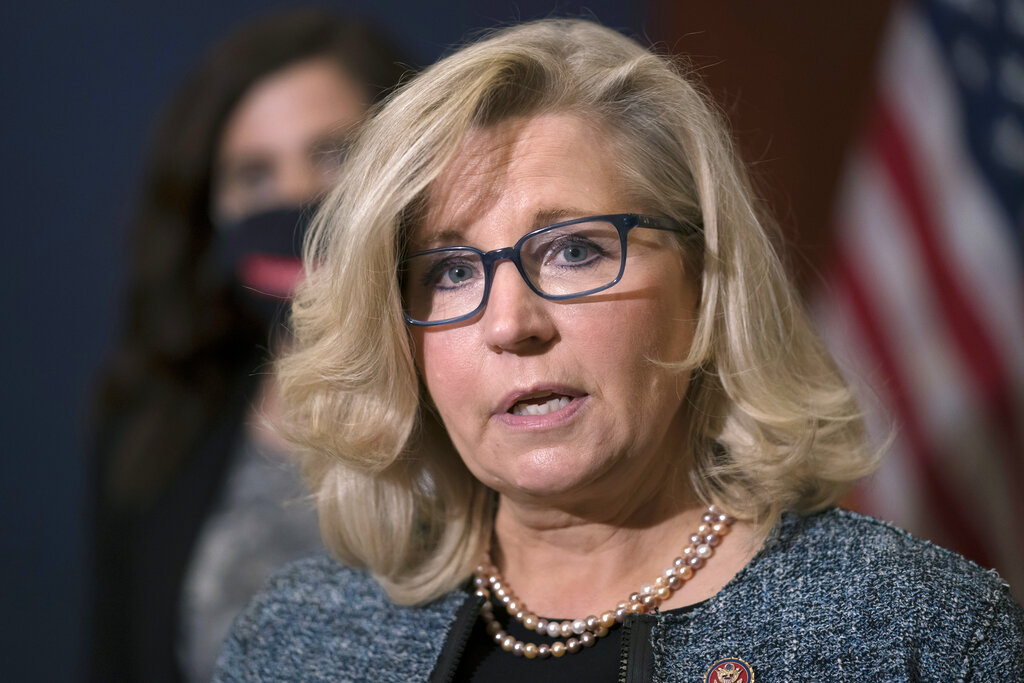 Rep. Liz Cheney, R-Wyo., speaks to reporters at the Capitol on April 20, 2021, a few weeks before being removed from her No. 3 Republican leadership post after repeatedly challenging former President Donald Trump over his claims of widespread voting fraud and his role in encouraging supporters’ Jan. 6 attack on the Capitol. (J. Scott Applewhite/AP)

That the Republican Party is undergoing a very public reckoning isn't really in question. But, depending on where you sit on the political spectrum, that reckoning can look very different.

Is the GOP in free fall, doomed to shatter once it hits bottom? Is the party still in the early stages of a painful but necessary transformation? Or is it only the Republicans who won't go along with the so-called "Big Lie" who are due for a reckoning?

Conservative columnists Henry Olsen (Washington Post) and Ross Douthat (The New York Times) have been tangling with each of these takes on their preferred party since before Republicans lost the presidency and their Senate majority last fall.

For this episode of the Crosscut Talks podcast, both men dissect the political realities of the current moment while mapping out potential futures for the GOP.