The leader of the House progressive caucus shares insights into the fight for the social and environmental spending plan. 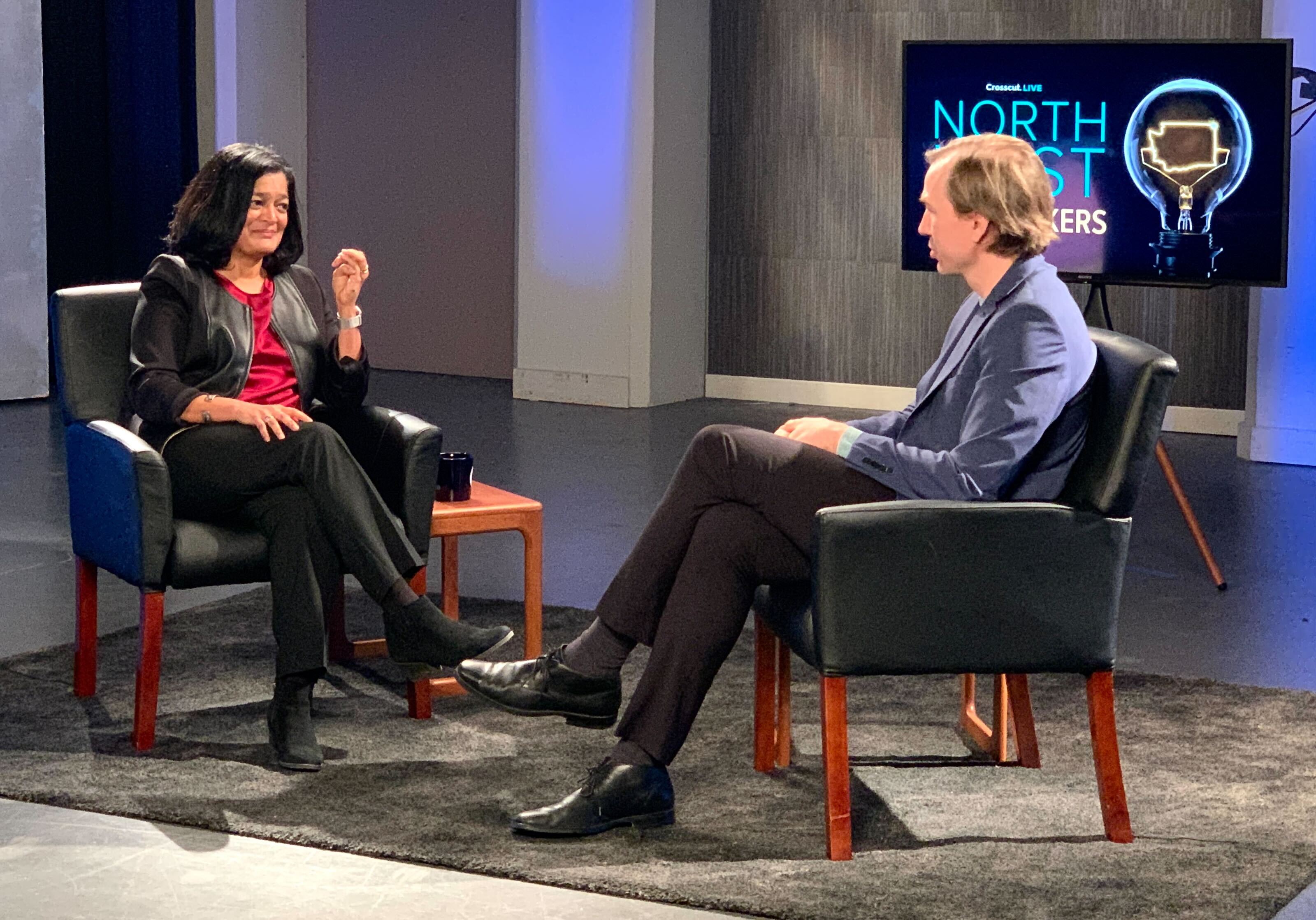 When Rep. Pramila Jayapal helped turn the $1.2 trillion infrastructure bill into law, the progressive leader did so with the understanding that the social and environmental spending plan known as Build Back Better would follow soon after.

Two months later, that bill's passage is less than certain. Concerns over inflation have emboldened critics of the legislation and Sen. Joe Manchin, a moderate Democrat from West Virginia whose vote is needed to pass the bill, has been hesitant to sign on.

Much is on the line for a Democratic party that holds the slimmest of majorities in Washington, D.C., and the emboldened progressives within its ranks.

For this episode of the Crosscut Talks podcast, Jayapal tells us why she believes America and the Democrats need Build Back Better to pass, what the future holds for the progressive movement and how she approaches her conversations with Manchin.