A closer look — with more theories — at the case of the world’s most famous mile-high bandit. 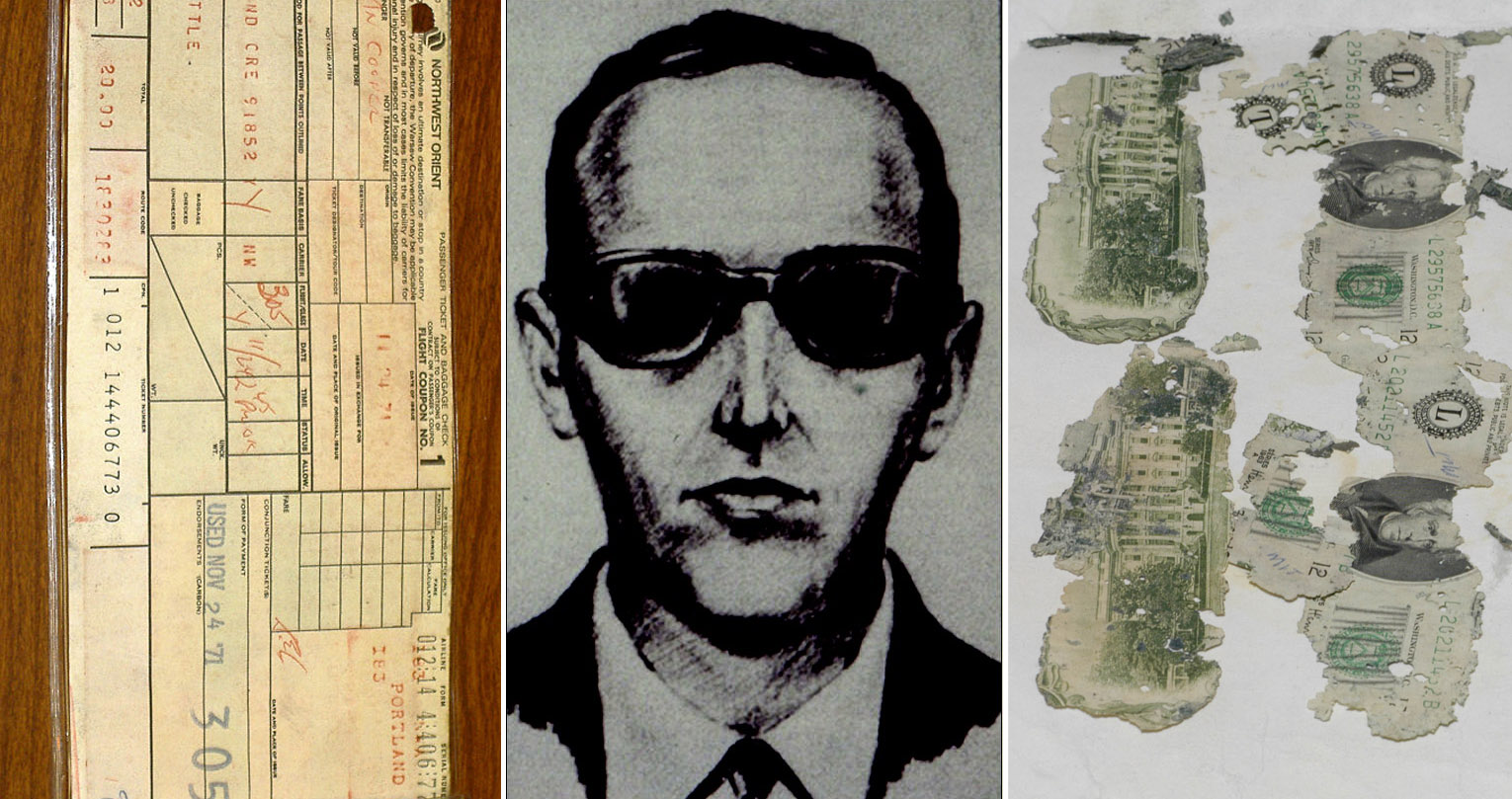 Left: The boarding pass from the FBI case file on Dan “D.B.” Cooper. The hijacker paid $20 on November 24, 1971, to board Northwest Airlines flight 305 to Seattle. Center: Artist sketches of D.B. Cooper. Right: An assortment of twenty dollar bank notes verified as being from the $200,000 in ransom paid to Cooper and discovered in 1980 on the bank of the Columbia River. (Federal Bureau of Investigation)

On the afternoon of Nov. 24, 1971, a man calling himself Dan Cooper boarded a Seattle-bound 727 in Portland, with plans to pull off what would become a historic heist. Later that night, the man leapt from the plane with $200,000 in hand and, presumably, a parachute on his back. He was never heard from again.

Yet the story of that high-flying crime has been told innumerable times, turning the man who became known as D.B. Cooper into a kind of folk hero. Now, 50 years later, the questions surrounding the fate of the polite hijacker who claimed to carry a bomb onto a Northwest Orient flight have led to a bigger question: Why are we so fascinated with D.B. Cooper?

It is a question that host Knute Berger touched on in a recent episode of his Mossback’s Northwest video series, but there is much more to discuss.

For this inaugural episode of the Mossback podcast, Berger and co-host Sara Bernard go deeper into the cult of personality that arose in D.B. Cooper’s wake. They discuss the rise of midair hijackings, the cultural climate that likely made the heist so irresistible to a broad swath of  Americans and what the tale of D.B. Cooper can tell us about our own fractured culture.

Before listening, we suggest you watch the original Mossback's Northwest episode about D.B. Cooper here.