The legendary lumberjack has been central to American identity. But who does he really represent? 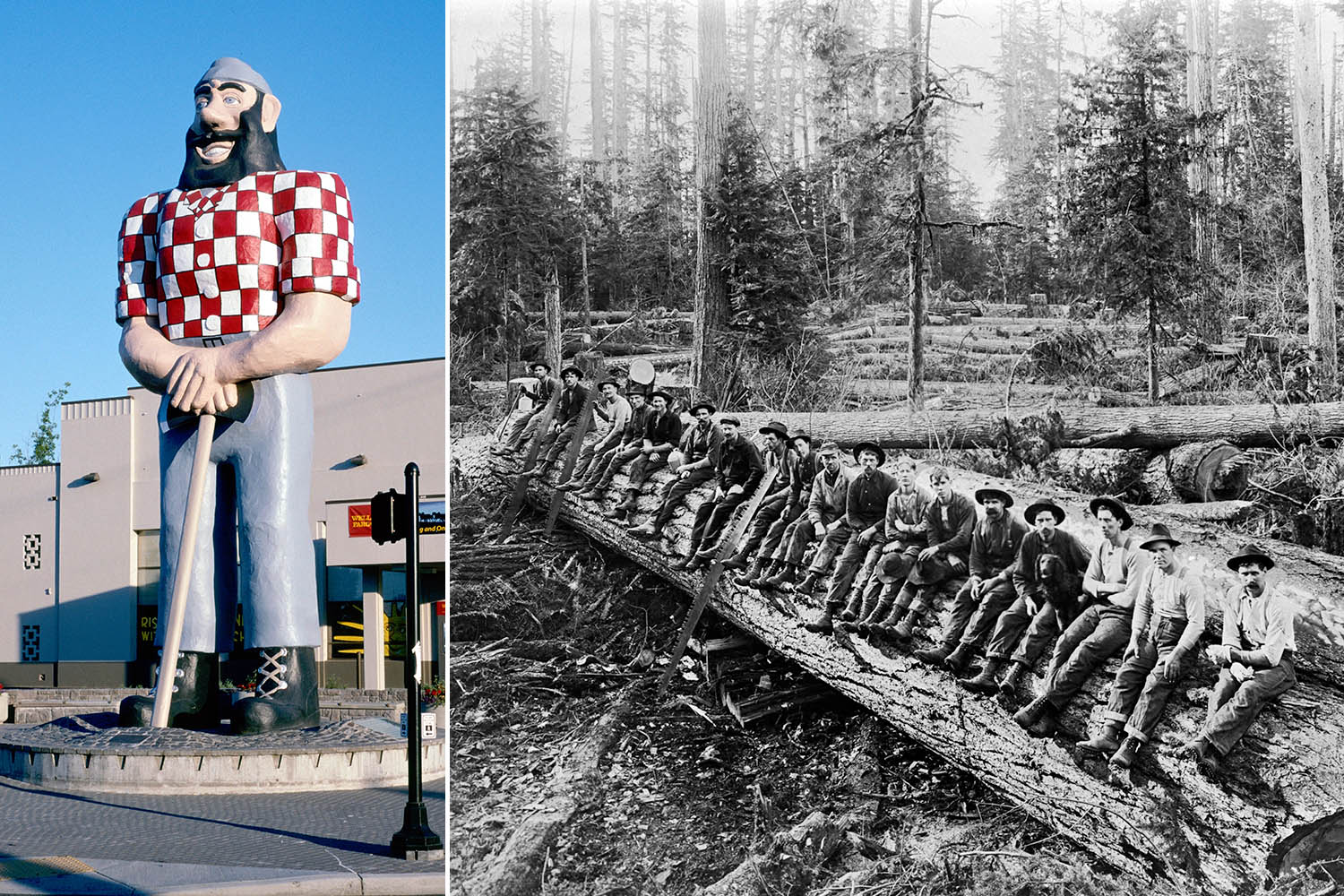 Over the course of the past two centuries, tall tales of Paul Bunyan have stretched across North America, from the frigid woods of the East Coast all the way to the Pacific. With his ax and his ox Babe, the legendary lumberjack is said to have single-handedly shaped the continent.

That was all fiction, of course. Much of the landscape that Bunyan is credited with creating was here long before any white man with an ax showed up. And the forces that would actually reshape the land in the 19th and 20th centuries consisted of multitudes, many of them felling trees in the Pacific Northwest.

For this episode of the Mossback podcast, Berger and co-host Sara Bernard dissect the folklore and ask why, exactly, Paul Bunyan was created, who did he serve and what we should make today of a legend that ignores the history and people that came before it.

Before listening, we suggest you watch the original Mossback's Northwest episode about Paul Bunyan here.