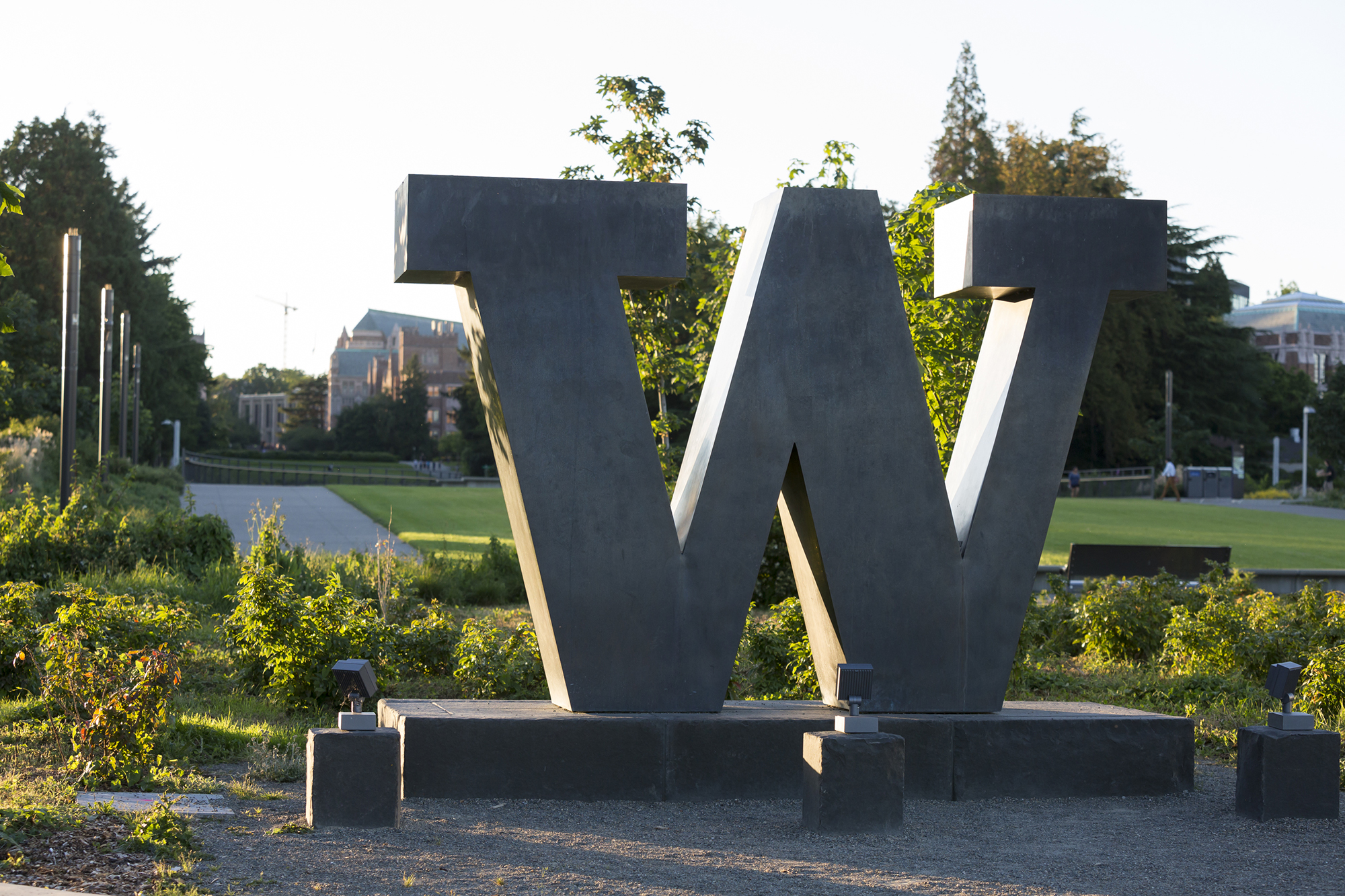 Legislators will likely meet soon to decide on deep cuts to the state budget. Some of their options include reducing public funds for the University of Washington and other institutes of higher education. (Paul Christian Gordon for Crosscut)

Washington lawmakers are planning an emergency session to plug a hole of at least $7 billion in the state budget — one that may dwarf the shortfall they dealt with a decade ago during the Great Recession.

Preliminary numbers suggest that, over the next three years, Washington state tax revenues will come in about $7 billion lower than previously expected. The actual revenue loss may be even greater, since the estimate is based on data from early in the coronavirus pandemic, before the economy collapsed further when unemployment soared and personal spending plummeted.

“We’re almost certainly going to have to do a bunch of cuts,” said Senate Majority Leader Andy Billig, D-Spokane, in an interview last week.

Now, a picture is emerging of what could be on the chopping block. At the request of Democratic Gov. Jay Inslee, many state agencies submitted options this month for cutting 15% from their annual budgets.

Those documents, which state officials began posting online this week, highlight some of the potentially painful reductions lawmakers may have to make in the coming months.

Many of the areas targeted for possible reductions are the same ones that took a beating during the last recession. Those include higher education and many social services.

Other areas of the budget — such as K-12 education and some Medicaid spending — are largely off limits, either due to constitutional protections or federal rules.

"The last information we had was that if everything stayed the same and didn't get any worse, we would be at Great Recession levels," said House Speaker Laurie Jinkins, a Tacoma Democrat.

However, she said, "I think it is highly unlikely that things have remained steady since then."

Even if lawmakers use all of the state’s reserves, they will still face a three-year shortfall of about $4 billion, according to Inslee’s budget office.

But even new taxes wouldn’t completely eliminate the need for cuts, she said, because of the time it takes to implement them and start collecting the revenue.

That means a special session to make budget cuts is likely to happen in the next few months. Otherwise, the Legislature isn’t scheduled to return to Olympia until January.

Here are some of the cuts lawmakers are considering, based on the agencies’ ideas on how to slash their budgets by 15%.

Higher education isn’t part of the state’s constitutionally protected program of basic education, which means it is vulnerable to budget cuts during hard times.

During the last recession, state funding for colleges and universities dropped dramatically, leading those institutions to raise tuition to cover their costs.

A 15% reduction in the state’s higher education spending would mean cutting $310 million from the system in the coming year. More than a third of that money would potentially come from the state’s community and technical college system.

For the University of Washington, a 15% cut would amount to $56 million.

David Schumacher, Inslee’s budget director, said not all the cuts currently under discussion will actually happen. They’re merely options for the Legislature to consider, he said.

“This is a budget cut drill,” Schumacher said Monday.

Still, cuts are likely to prove necessary, especially if the economic fallout from the coronavirus pandemic gets any worse.

Combined, all of the possible cuts that agencies are submitting right now will save the state only $1.9 billion in the coming year, according to Inslee’s budget office.

The state Department of Children, Youth and Families, which runs the state’s preschool and foster care programs, was asked to identify $155 million in potential cuts for the coming year.

Yet unlike K-12 education programs, early learning isn’t enshrined in the state’s constitution as a service the Legislature must provide.

That means those programs are vulnerable to cuts, even if many lawmakers think sapping them of funding would be unwise.

“One of the problems is that many cuts actually end up costing us more money in the long run,” Billig said. “You cut early learning spots and, boom, we know it’s going to cost us in terms of our prison population later on, in health care increases for those kids later on. That’s known.”

Similar logic applies when thinking about making cuts to the state’s foster care system, he said.

A recent report from the nonpartisan Washington State Institute For Public Policy found that over time, the state saves money by allowing young adults to stay in the foster care system until they are 21, instead of booting them at 18.

Billig said his goal is to find savings that don’t end up costing the state more money over time.

Nursing homes and other human services

Human services could take some of the biggest cuts if lawmakers don’t find other ways to close the budget gap. A single department, the state Department of Social and Health Services, was asked to find ways to eliminate more than $500 million from its budget in the next year.

The department’s Aging and Long-Term Support Administration, which oversees nursing homes and adult family homes, could be the source of as much as $222 million of those possible cuts.

That’s during a time when many residential care facilities and nursing homes around the state have been hit hard by COVID-19, the disease caused by the new coronavirus.
“I think it is a terrible time to cut nursing homes,” said Schumacher, the governor’s budget director. He said he doubts many lawmakers or the governor will ultimately approve of such cuts for that reason.

Other services vulnerable to steep reductions include programs for adults with developmental disabilities and state prisons.

Jinkins, the House speaker, said it’s unlikely there is support for something as drastic as closing a prison, however.

Mental health funding also is another area where lawmakers need to tread carefully, she said. In the past decade, the state has been sued over its failure to provide timely mental health services, in part because of cuts lawmakers made during the last economic downturn.

Thousands of state employees are scheduled to receive 3% raises on July 1. Republican lawmakers say the state should reconsider those contracts and stop those salary increases from taking effect.

“When nearly 1 million Washingtonians are unemployed, now is not the time to grant raises to those fortunate enough to have jobs,” reads a GOP policy document released last month. “If we are ‘all in this together’ in responding to this pandemic, the public sector — which is supported by revenue from the private sector — must share in this sacrifice.”

Republican lawmakers want the Legislature to pass a resolution declaring that a significant revenue shortfall has occurred, which they say would allow the contracts to be reopened and renegotiated.

But budget director Schumacher said the process is more complicated. He said state lawyers have determined that the Legislature would have to actually approve budget reductions to reopen the contract negotiations. What’s more, Inslee and other Democrats are unlikely to see eye to eye with Republicans about the need to nix the raises.

Schumacher said he has reservations about targeting state employee salaries to save what amounts to a relatively small amount of money, compared with the overall budget.

Inslee has already instituted a freeze on hiring and state travel to help reduce costs.

What about new taxes?

New taxes aren’t off the table — but they also won’t solve all the state’s problems, leaders say.

Jinkins gave the example of a capital gains tax, which she has championed in the past. That type of tax would apply to profits from selling assets such as stocks and bonds.

“A capital gains tax wouldn’t help in the short term, because it would take 18 months to implement it and to start collecting,” the House speaker said.

In recent years, the Legislature has also had difficulty finding the votes to pass such a tax, even with Democratic majorities.

Still, Billig, the Senate majority leader, said he would like to consider new tax revenue so that the upcoming cuts won’t have to be as deep.

“You’re going to have to do a mixture of both, potentially,” he said of balancing budget cuts and new tax measures.

Timing of a special session

Legislative leaders are waiting to get an updated revenue forecast on June 17, which would clarify just how big of a budget shortfall they have to bridge this year.

After that, Inslee will decide when the Legislature will begin an emergency session, which the governor has the power to convene.

Republican leaders, who are in the minority in Olympia, say earlier is better. They have been pushing for a special session to happen this month, before new spending increases and raises for state employees take effect July 1.

Billig said leaders are still waiting for more information that they will need to make decisions. That includes additional federal guidance about how they can use money from the Coronavirus Aid, Relief, and Economic Security (CARES) Act, which Congress recently passed.

It’s also possible Congress could approve another relief package in the coming months that could offer more assistance, changing the budget math again, he said.

For now, he and other legislative leaders and staff are working to come up with ideas behind the scenes.

“There’s just no point, especially in the environment we are in, of calling a special session when we don’t have a plan for what it is we would do,” Jinkins said.

Inslee is of a similar mind. Last week, the governor told Crosscut he wouldn’t want to call lawmakers back to Olympia for a special session without ‘“a prospect that they would actually produce something.”

With that in mind, Billig said he expects a special session will happen later in the summer or in the fall — but that August is much more likely than June.

This story has been updated to clarify the governor's power to call a special session of the Legislature.