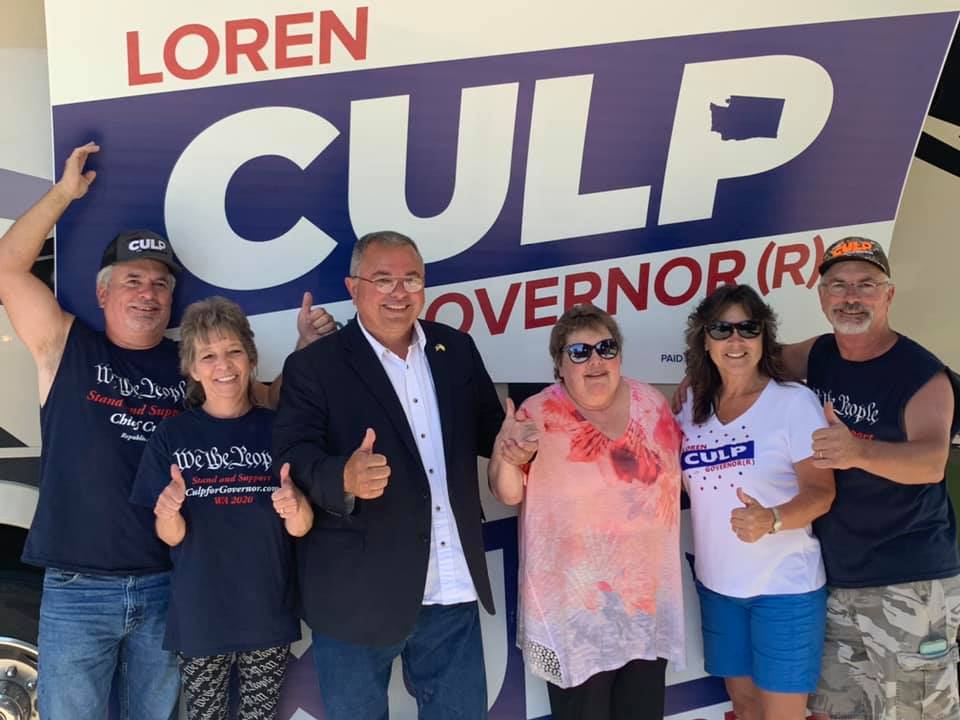 Loren Culp, third from left, poses for a photo with supporters at a campaign stop in Colville in Stevens County. (Loren Culp campaign)

What happens when a small town’s police chief decides to run for governor? Someone else has to respond to 911 calls — and local taxpayers are called on to pay for it.

Loren Culp is the police chief and sole police officer in Republic, a town of about 1,100 residents in Ferry County in northeastern Washington. After placing second in last week’s primary election, Culp, a Republican, will face Democratic Gov. Jay Inslee this November.

Maycumber is now asking Republic officials to pay about $138,000 to cover the county’s increased costs to provide police service to Republic throughout 2020. The county sheriff’s total budget is $1.1 million for the year.

Maycumber said he has grown increasingly uneasy in recent months about the sheriff’s office providing extra assistance to Republic without a plan for reimbursement. He said he doesn’t want to be seen as improperly using Ferry County taxpayer resources to support a political campaign.

“We definitely don’t want to mix the two,” Maycumber said Tuesday. “I want to make sure we aren’t doing anything to either hinder or support publicly the chief’s gubernatorial race. We want to keep things above board.”

Officials with the Culp campaign declined to comment on Tuesday and Wednesday, instead directing questions to Republic’s mayor.

Later, after this story published, Culp said in a phone interview that the county’s costs "have nothing to do with my campaign,” as the county would have to pick up calls while he was using his accrued vacation days regardless of what he did with that time.

“Whether I am running for governor or whether I am going fishing, it’s irrelevant,” Culp said Thursday. He added that the disagreement is “between the city government and the county government” to resolve.

The increased costs to Ferry County aren’t necessarily something that needs to be reported under the state’s campaign finance laws, and there’s no clear indication that the arrangement violates any campaign rules, according to the Public Disclosure Commission, the state’s campaign-finance watchdog.

Yet the additional costs to Ferry County taxpayers because of Culp’s campaign come after Republicans spent months chastising Inslee for costing state taxpayers extra money when he campaigned for president last year.

After Inslee dropped out of that race, the state Republican Party demanded that Inslee pay back $2 million in increased security costs associated with his out-of-state travel. State law requires the State Patrol to protect the governor and his family. That protection is provided at all times, regardless of whether the governor is traveling on official business or for personal or political reasons. 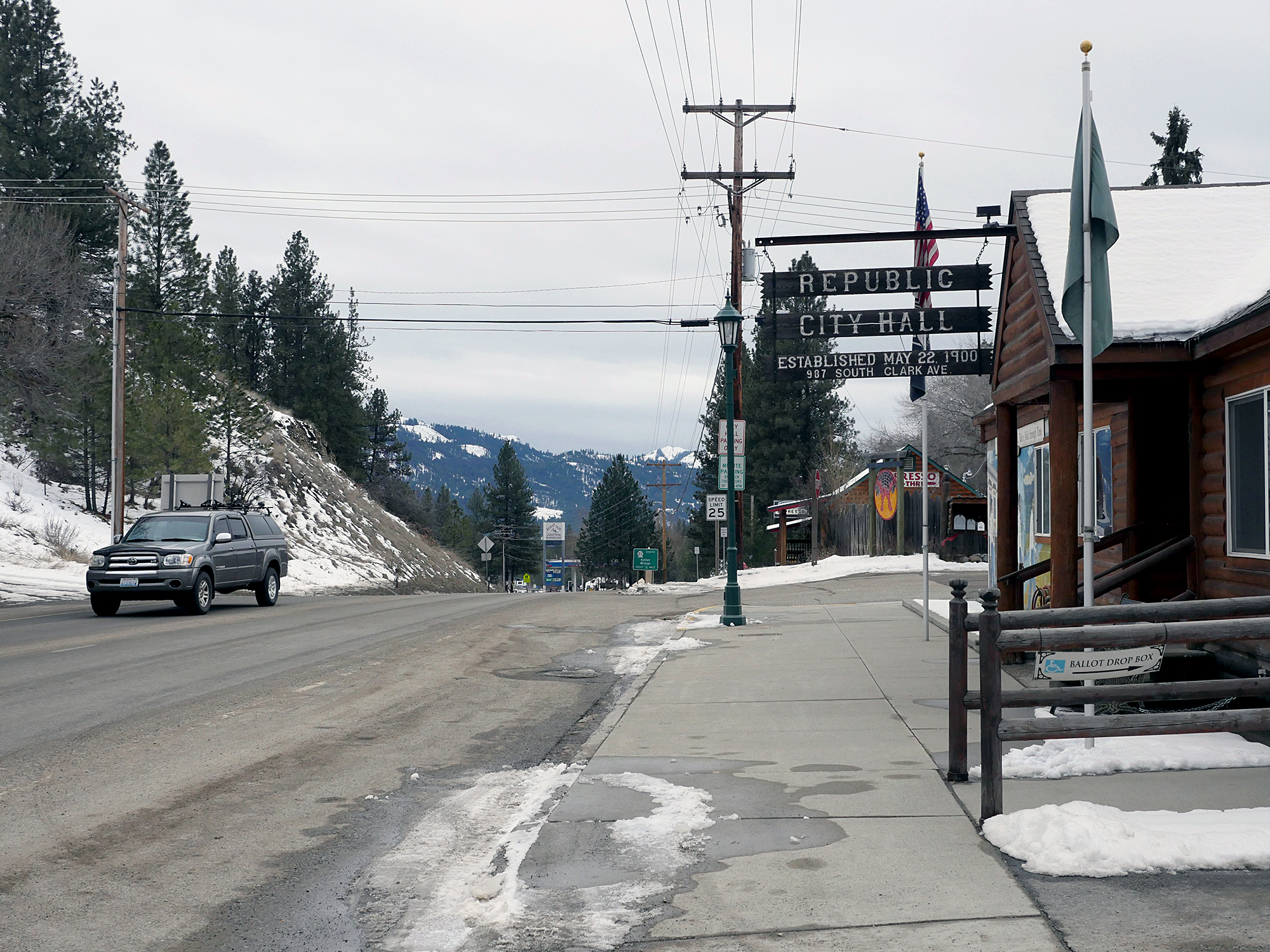 Police calls for Republic, Wash. are being routed to and handled by the Ferry County Sheriff's Office while the town's police chief and only officer, Loren Culp, is running for governor. The sheriff has asked the town to start paying for that service, out of concern that county taxpayer funds could be construed as being used to support the Culp campaign. (Emily McCarty/Crosscut)

Police calls for Republic, Wash. are being routed to and handled by the Ferry County Sheriff's Office while the town's police chief and only officer, Loren Culp, is running for governor. The sheriff has asked the town to start paying for that service, out of concern that county taxpayer funds could be construed as being used to support the Culp campaign. (Emily McCarty/Crosscut)

For several weeks, Culp has been using a combination of accrued vacation days and a switch to a part-time schedule to take time off while he campaigns, said Republic Mayor Elbert Koontz.

That has left Ferry County’s seven sheriff’s deputies covering all calls for police response in Republic since mid-June, Maycumber said.

Even before that, since about the start of the year, the sheriff’s office also handled a greater share of Republic’s police calls while Culp was unavailable, Maycumber said. The problem has been compounded because the Republic Police Department lost its only other police officer at roughly the end of 2019, leaving Culp as the town’s sole officer.

Maycumber said his patience is wearing thinner as months go by without a specific plan in place for the city to repay the county for its costs. He said Culp has been “trying to coax the process along,” but city officials haven’t acted swiftly.

“I would have liked to have had this whole thing done months ago,” said Maycumber, adding that at this point in the year, he has spent noticeably more on overtime than usual. He said his frustration “isn't necessarily a reflection on Culp,” who he described as “dedicated” and “good to work with.”

Koontz said city officials were working on finalizing an agreement to compensate the sheriff’s office for responding to calls in Republic while Culp is unavailable.

“The deputies are doing a tremendous job,” Koontz said Monday. “... If we need to reimburse them for something, we will.”

Koontz said he didn’t think the lack of a formal agreement has created great difficulty for the Ferry County Sheriff’s Office, since the agency is already located in Republic, the county seat.

Maycumber, however, said his deputies have been overworked in recent months, leading to low morale and causing him to consider having to hire more deputies.

“The fact of the matter, that no one would deny, is that county resources have been expended in the city to keep their citizens safe,” Maycumber said.

Ultimately, whether or not Culp becomes Washington’s next governor, the ongoing situation could lead to Republic dissolving its town police department and contracting with the county for police services going forward, Koontz said. The estimated cost of running Republic’s one-man police department is $156,000 per year, which is more than the $138,000 Maycumber is requesting to cover the city’s calls in 2020.

Maycumber is suggesting the city could pay most of the debt by giving the county a city-owned recreational center valued at $116,600, and then paying the rest in either installments or a lump-sum payment. Koontz said he is amenable to that idea, but the details still need to be worked out.

Culp has been on a part-time, 24-hour-a-week schedule since mid-June. Between that part-time schedule and Culp’s use of his accrued leave, Culp didn’t work at all in the weeks leading up to the Aug. 4 primary election, Koontz said.

The Republic Police Department’s personnel policy says, “No vacations will be granted when staffing levels would adversely affect Police service to Republic.”

According to city records, Culp has taken 164 hours of vacation since mid-June, and 204 hours over the course of 2020. Because of Culp’s part-time schedule the past two months, those hours stretched further than they would for someone working a 40-hour workweek.

That’s all coming to an end soon, however. Culp’s accrued leave with the city runs out at the end of the week, the mayor said.

On Wednesday, Koontz said he and Culp were still talking about what’s next. Culp said by phone Thursday that he plans to start an unpaid leave of absence.

Culp joined the Republic Police Department as an officer in 2010. He has been the chief of police since 2016.

This story was updated to add a comment from Loren Culp. 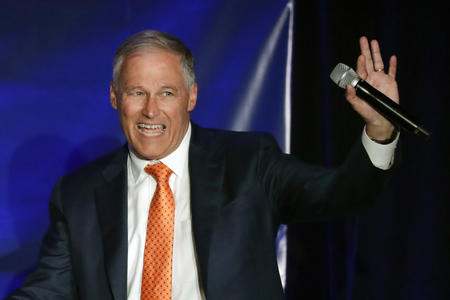 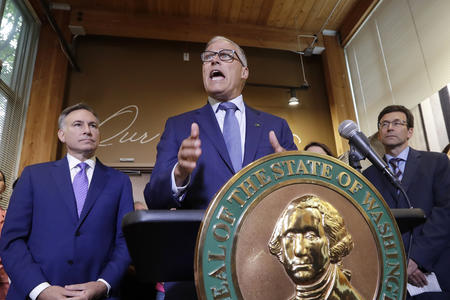 by / August 22
Article continues below