Eyman has been distributing fake petitions, which leaders of the recall campaign worry will hurt their ability to get valid signatures. 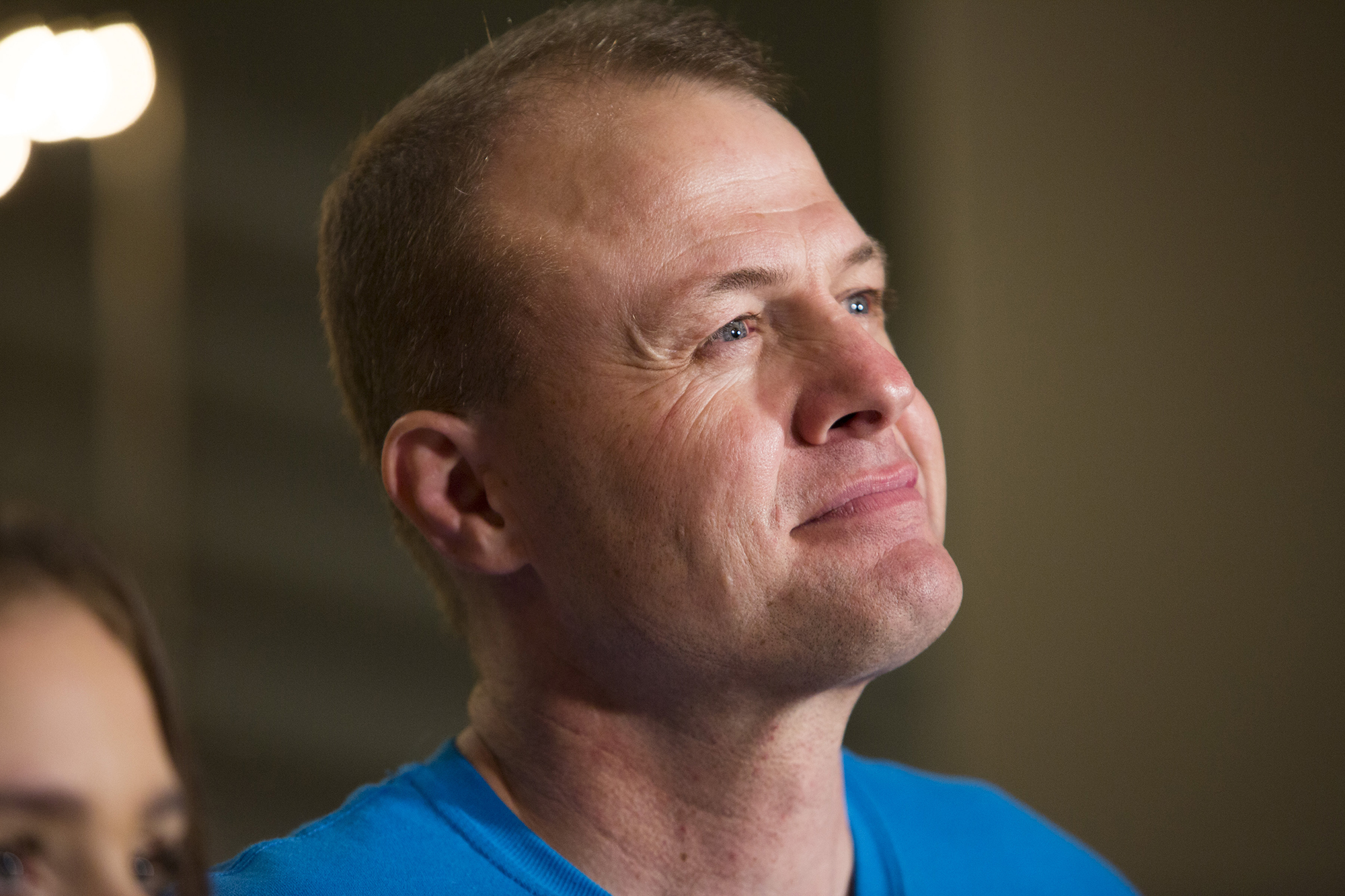 For weeks, Tim Eyman has circulated an unofficial petition to recall Seattle Mayor Jenny Durkan, but the effort isn't part of the campaign working to remove Durkan from office, and Eyman's petition is invalid. (Jason Redmond for Crosscut)

If you’ve already signed a petition to recall Seattle Mayor Jenny Durkan, you’ve been had.

That’s because the campaign working to remove Durkan from office hasn’t actually begun gathering signatures. The recall campaign is waiting on a ruling from the state Supreme Court, which isn’t supposed to happen for at least a few more weeks.

But fake petitions to recall Durkan have been circulating lately nonetheless.

The person behind them? Tim Eyman, the conservative, anti-tax activist who recently ran for governor and lost in the primary.

Grace Harvey, who chairs the real campaign to recall Durkan, wants Eyman to knock it off. Last month, Harvey sent Eyman a cease-and-desist letter asking him to stop claiming he “launched” the Recall Durkan effort and to quit using the “Recall Durkan” campaign name on his website and in his bombastic email blasts.

The Seattle City Clerk’s Office, which is where Eyman told people to send the phony petitions, says the signature sheets won’t be accepted there. Yet as of Tuesday morning, Eyman’s fake petitions remained online and available for download.

Harvey said that’s been a major concern because, under state law, it’s a crime for voters to sign the same recall petition twice. Harvey wants people to know that Eyman’s petition isn’t legitimate — and that, by signing the real recall petition later, they won’t be breaking the law, even if they signed Eyman's fake petition.

Adding to the confusion is that the fake petition bears the names of Harvey and other leaders of the Recall Durkan campaign committee, despite the committee having no involvement with it.

“We didn’t think it would be a problem, until we began hearing from friends of the campaign that they had signed it,” Harvey said. “Which means we need to do a really good job of educating people about what is happening right now.”

While only two fraudulent petition sheets have been sent to the Seattle City Clerk’s Office so far, Harvey said there may be other fake petition sheets circulating that haven’t been turned in yet.

Harvey also thinks Eyman is violating a state law forbidding people from “obtaining a signature by deception or duress  ... with intent to defraud or deprive,” and another law that deals with deceptive actions involving recall petitions.

In an email Tuesday, Eyman said he had every right to promote the recall effort when he was running as a Republican candidate for governor. He criticized Durkan for “encouraging lawlessness and rioting” during the recent protests that followed the police killing of George Floyd in Minneapolis.

Stephen Pidgeon, Eyman’s attorney, also disputed that Eyman violated campaign finance rules. “Under the First Amendment, my client has every right to speak in favor of recalling Jenny Durkan and since my client did not incur expenses or solicit donations for it, there is no reporting obligation,” Pidgeon wrote in an Aug. 27 response to the Public Disclosure Commission.

“There is no exclusive right to free speech on this subject,” Pidgeon wrote. “That being said, the entries/posts about the recall have been removed.”

That last statement didn’t appear to be entirely true when Pidgeon wrote it. Not only was the recall petition crafted by Eyman still online as of Tuesday morning —  posted at the same link Eyman shared by email weeks ago — people could still watch a video of Eyman speaking about the effort to recall Durkan on his gubernatorial campaign site.

Later, after Crosscut contacted Eyman for this story, the petition was pulled offline.

While a King County judge ruled that the recall effort filed by Harvey and four other Seattleites could proceed, Durkan has appealed to the state Supreme Court, asking the high court justices to block the petition from moving forward.

Under state law, recall petitions cannot be distributed or signed until after the state Supreme Court rules on Durkan’s appeal. If Durkan loses, the high court’s ruling would finalize the wording that would appear on the recall petition.

Because of that, “Any signatures on any petition being gathered right now are not valid,” wrote Halei Watkins, a spokesperson for King County Elections, in an email Tuesday.

Harvey, the chair of the recall campaign, said the group is mainly worried about Eyman’s antics disenfranchising voters who may want to sign the actual petition later. Harvey is also concerned that Eyman deceptively used the Durkan recall effort to drum up campaign contributions for his unsuccessful race for governor.

In an email to his supporters in late July, Eyman wrote, “Seattle under Durkan is allowing domestic terrorists to target police,” referencing the recent protests that followed Floyd's killing.

“Durkan was elected to hold the line,” Eyman wrote. “She was supposed to stop the crazies. Instead, she opened the floodgates.”

Those are very different explanations for wanting to recall Durkan than the ones given by the actual recall campaign, which is focusing on Durkan’s role in how Seattle police treated the people protesting against police brutality and racism.

The recall campaign says Durkan should be removed from office because she didn’t implement new safety procedures to protect members of the public after learning that Seattle police used chemical agents on peaceful protesters. The committee says Durkan’s lack of intervention was especially egregious given the ongoing public health emergency caused by COVID-19.

Durkan, meanwhile, has argued that instituting new procedures for police is the police chief’s job, not the mayor’s, and that the chief's actions were reasonable at the time.

Harvey said it is possible that Eyman’s showmanship could actually hurt the recall campaign he claims he wants to help. Left-leaning voters in Seattle have grown frustrated over the years with Eyman’s many anti-tax initiatives and might be less likely to support the recall effort if they think Eyman is involved, Harvey said.

Eyman is also embroiled in a long-running campaign finance lawsuit, in which he is accused of enriching himself with donations meant to support citizen initiatives.

“People don’t like him,” Harvey said. “... Aligning with Eyman would be terrible for us politically.”

If you’re worried you’ve downloaded an invalid petition, there’s an easy way to tell. With Eyman’s fake petition, the second page of the document includes a memelike image of Durkan, with the word “betrayal” superimposed over it in capital letters. The image of Durkan also includes the phrases “bowed to socialism” and “allowed Kshama Sawant to take over Seattle.” Grace Harvey's name is also misspelled as "Grave" on the first page of the fake petition.

The real Recall Durkan campaign right now is asking people to sign a pledge saying they’ll support the recall effort. The campaign plans to send supporters a message when the real petition is available. 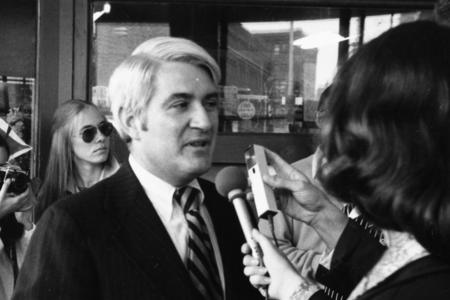 Podcast | Going deeper into the basement of the Panama Hotel