How Seattle protesters went from the streets to the ballot box

They've moved from the front lines of the Black Lives Matter protests into the ranks of people advocating for change by voting. 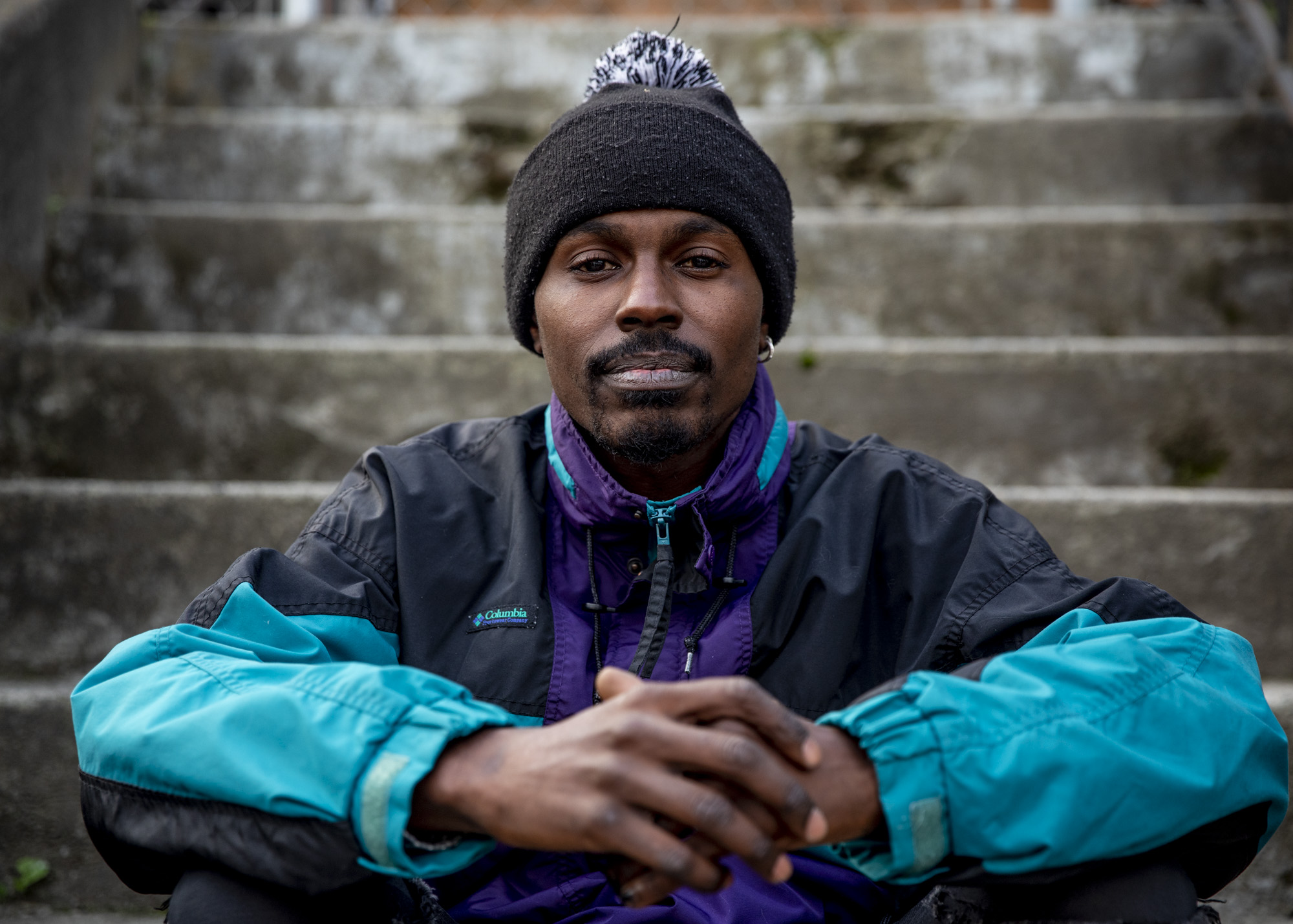 Kyle Daniels (KD Cutz), 31, outside of his home in Seattle on Oct. 27, 2020. Daniels is a producer and artist in Seattle.(Dorothy Edwards/Crosscut)

In early June, a man drove through a crowd of Seattle protesters before shooting and injuring a demonstrator who tried to stop the car. The alleged shooter exited the vehicle and brandished his weapon as he walked through the crowd.

Hands in the air, he turned himself in to police, with the gun tucked neatly in his hoodie pocket. Police then approached the man, grabbing him by the forearm before pulling him behind the corner of the East Precinct station, out of sight of the protesters.

Later that night, police responded to demonstrators who threw doughnuts and water bottles at them by unleashing pepper spray and tear gas into the crowd, scattering groups for blocks as they choked on the gas-filled air.

This was a turning point for Adam Faasee, who attended the demonstrations that day.

“It seemed like such a microcosm of what was happening that it just clicked,” said Faasee, a 23-year-old online business owner who lives in Seattle. He has been intermittently active in the Seattle and Portland protests since they began in late spring.

Faasee and others who attended the demonstrations in Seattle this summer entered the fall with a renewed interest in politics and the election. They see a direct path from the streets to the ballot box, even if they are uncertain their local or national vote will make a difference for Black lives. Protesters say incidents of excessive police force during the demonstrations that began in cities across the U.S. in May after George Floyd’s killing in Minneapolis have affected the way they feel about protesting, voting and the political process in general.

“I’m young and I’ve only voted in one other U.S. election,” Faasee said. “I didn’t really appreciate how nuanced each individual seat is. We get lost in the whole presidential Republican and Democratic election.” He said the protests and actions of the police made him realize the importance of holding those individual parties and people accountable, while also observing there are many things the Democratic Party has been “fake” about.

“I don’t know anyone who’s stoked on Biden,” Faasee added. He thinks the Black Lives Matter movement has only emphasized the hypocrisy he feels Democratic presidential nominee Joe Biden has demonstrated. “He’s not an advocate of Black rights or rights of persons of color or criminal justice reform. He can’t even talk on it, really.”

Faasee, who is biracial and Muslim, began going to the protests at the suggestion of a friend. He wanted to be an ally to the movement because he had never appreciated the benefits of being able to pass as half white. “I just thought of the times where people had pointed out that I’m not white or not Christian,” he said. 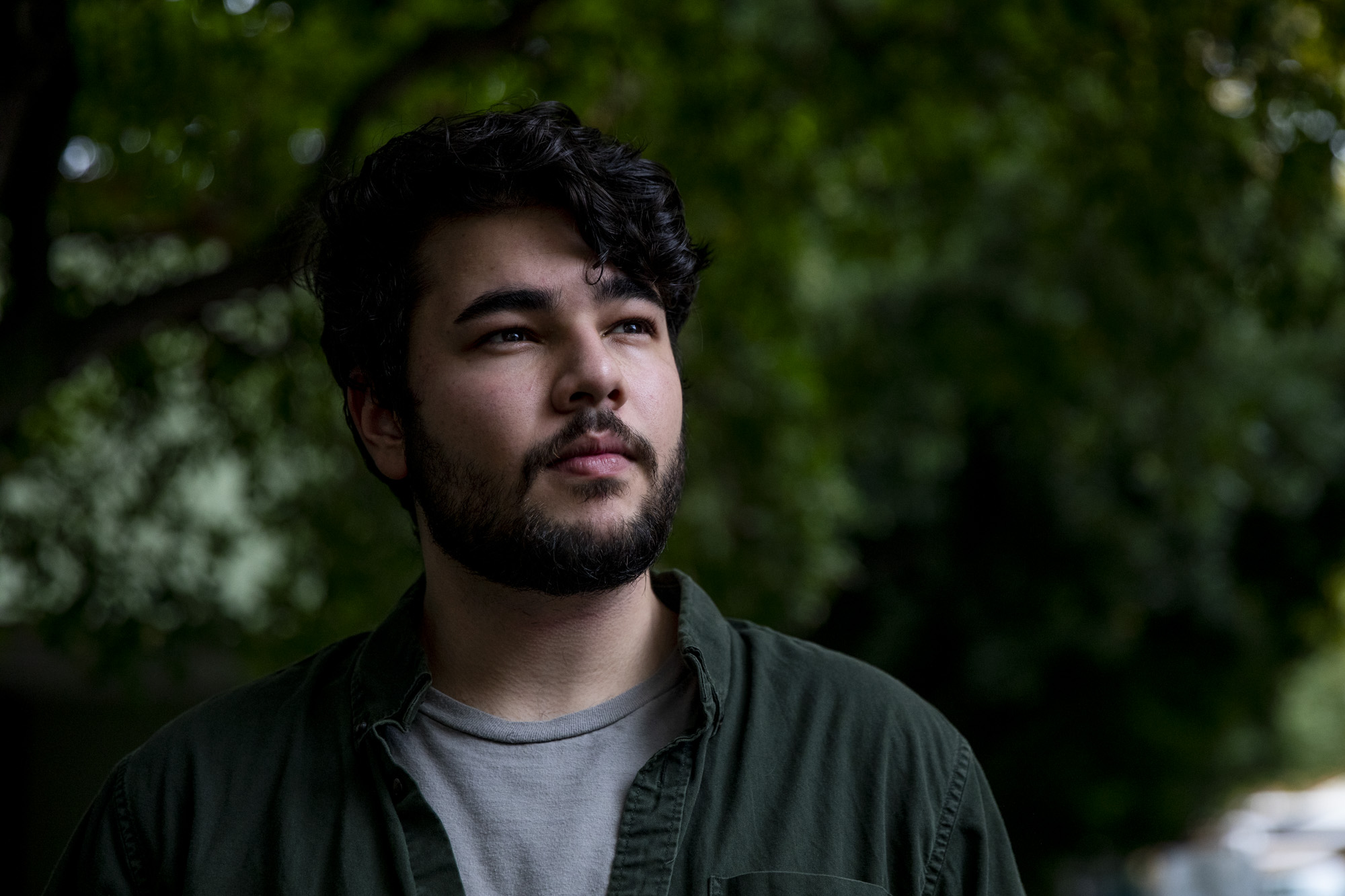 Kyle Daniels was also impacted by the events of that June day.

“KD” is a 31-year-old artist and producer from Seattle who had never attended a protest until that day. He said he was one of the people who chased the gunman during the confrontation. His car  was towed for providing a blockade for protesters, and he is unable to get it out of the impound until November.

Daniels was initially compelled to go to the protests because he witnessed a demonstration from the window of his back door one day. Not being the type to idly sit by, he eventually found himself at the protest on the same day in June when the gunman drove into the crowd and started shooting.

“I had to tap in and see what was going on, see how I could help — as a protector, not as a protester,” he said. From the moment he arrived, he said he felt thrusted into the movement. Since then, he has attended various rallies, marches and protests, including DJing at voter registration events.

He felt he was educated enough politically before the protests so that they haven’t changed how he feels about voting. He’s been trying to learn what “protesting is all about,” and added that his experience at CHOP, the Capitol Hill Occupied Protest area, led him to being a little more political.

“If you don’t vote, you’re still doing the wrong thing. People have died for the right to vote,” Daniels said. “I’m discouraged but why would I not vote? It’s almost like you’re a hypocrite if you’re protesting and you don’t vote.”

He said he voted for Biden, but admits that he felt it was like voting for the “lesser of two evils.” If anything, he said it felt good to vote for local elected officials much more so than the president.

The protests themselves have also been a hotspot for voter registration. Volunteers advertised their ability to  help those who are not yet registered. When asked how many people they’ve registered to vote, one volunteer at an event in Portland recently said they had registered 60 people since June. 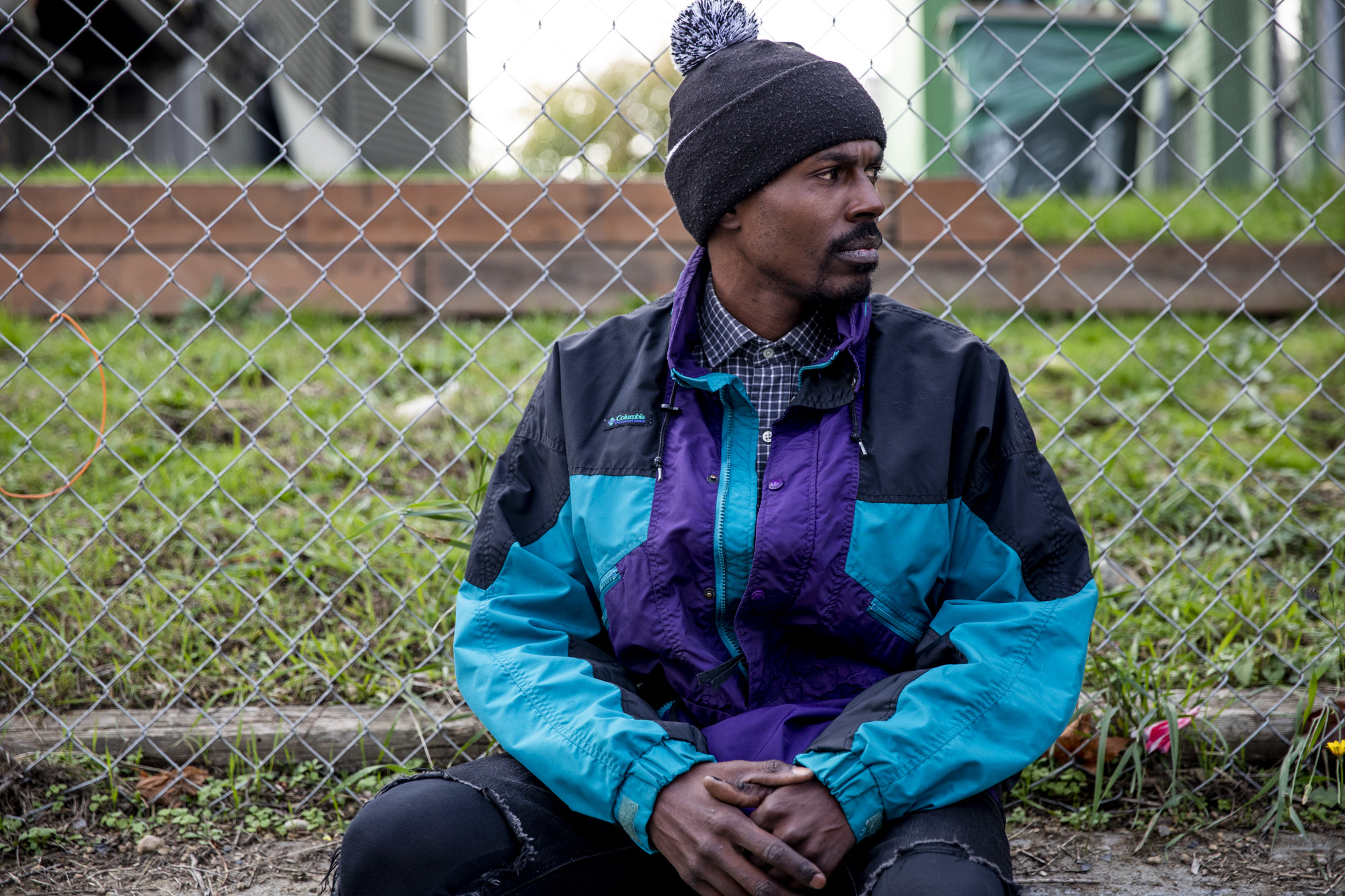 Kyle Daniels (KD Cutz), 31, outside of his home in Seattle on Oct. 27, 2020. Daniels is a producer and artist in Seattle. (Dorothy Edwards/Crosscut)

Kyle Daniels (KD Cutz), 31, outside of his home in Seattle on Oct. 27, 2020. Daniels is a producer and artist in Seattle. (Dorothy Edwards/Crosscut)

Protests as a political act

Major political movements such as Black Lives Matter having an influence on elections is common historically, according to Vernon Johnson, a political science professor at Western Washington University and director of the Ralph Munro Institute for Civic Education.

The Free South Africa Movement of the 1980s also led to a wave of people protesting apartheid policies and being arrested. That movement, which Johnson said began at the South African embassy in Washington, D.C., eventually found its way to Seattle where it was “significant.” Additionally, he said, the Occupy Movement in 2011 was more “fragmented” but “certainly had an impact on public opinion.”

“Even though some of the criticism was directed at him [Barack Obama], I think the view was that you would be better off with a Democrat in the White House than a Republican if you wanted to get some sort of trickle-down effect that would really help middle-class and working-class people,” explained Johnson.

Johnson said it’s important to recognize the impact of right-leaning movements, too, in the discussion of election impact.

“The Tea Party is a movement in the aftermath of Obama’s election in 2008 that emerged right away to try to make him a one-time president and sometimes characterized him as a socialist and sometimes as a Nazi,” Johnson explained. Part of the Birther movement, of which current President Donald Trump was a leading proponent, led to an “energized” Republican takeover of the U.S. House of Representatives in 2010, he said.

If anything, social movements in the last generation or so have had more of an impact on how Republicans vote, according to Johnson.

In terms of police violence having an effect on voting or elections, Johnson noted frustration on both sides, particularly on the left. The Black Panther Party in 1966, for example, began a “real serious movement against police brutality at that time.” Although he doesn’t want to simplify the Black Panthers, he maintains they didn’t call for violence. They armed themselves when they observed what Oakland police were doing and carried California statutes with them. “All of that made them very intimidating,” Johnson said.

Aside from the influence of right- or left-leaning movements, Johnson noted that the left has more difficulty thinking that working within the system is going to bring the change they want.

“They might not differ much from where they would like to be in the end, but they don’t have patience or tolerance for working within the system,” continued Johnson. “This also affects voting because they will say, ‘What has it ever gotten us?,’ and they will make the argument that there’s not much difference between the average Democrat or the average Republican who you would end up with after an election. That’s a battle people will wage as to whether or not you’re better off with center-left Democrats and also center-right Republicans. That debate is still going on.”

For Daniels, Faasee and other demonstrators and protest participants interviewed for this story, the answer to that debate is obvious.

While Faasee is certainly frustrated with the presidential nominees, he thinks Biden would be more likely to make a difference for Black lives than Trump. One thing that has become more apparent to him recently is how much power citizens have when they rally. He doesn’t believe Biden cares at all, but he hopes that the push from Biden’s constituents will lead him to care eventually.

Daniels, on the other hand, doesn’t believe either presidential nominee will make a difference for Black lives. “Regardless of which POTUS we end up [with] or however the world changes within the next couple of years, it’s going to take communities to make a difference. It’s not going to take one POTUS or one party,” he said. 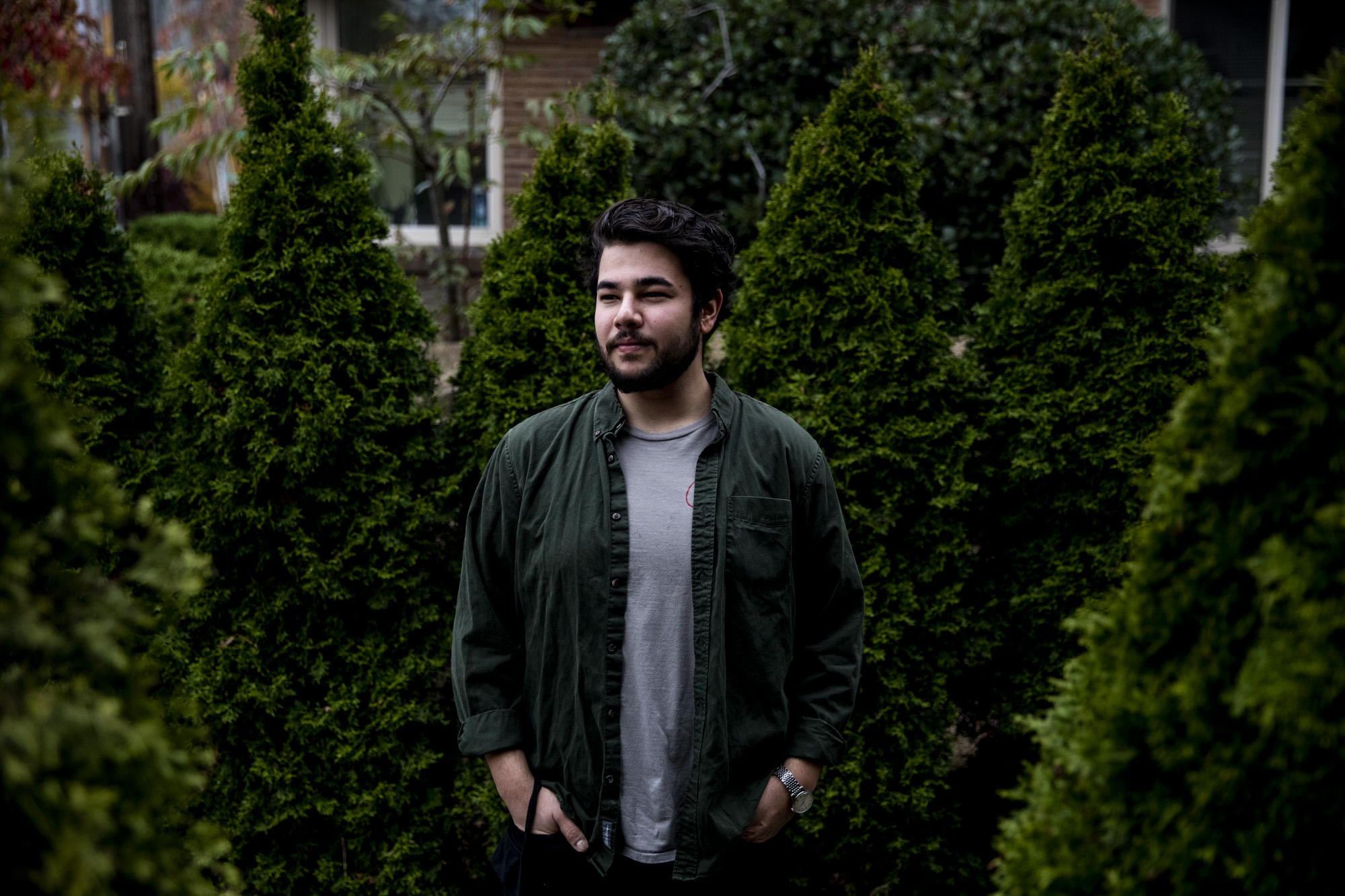