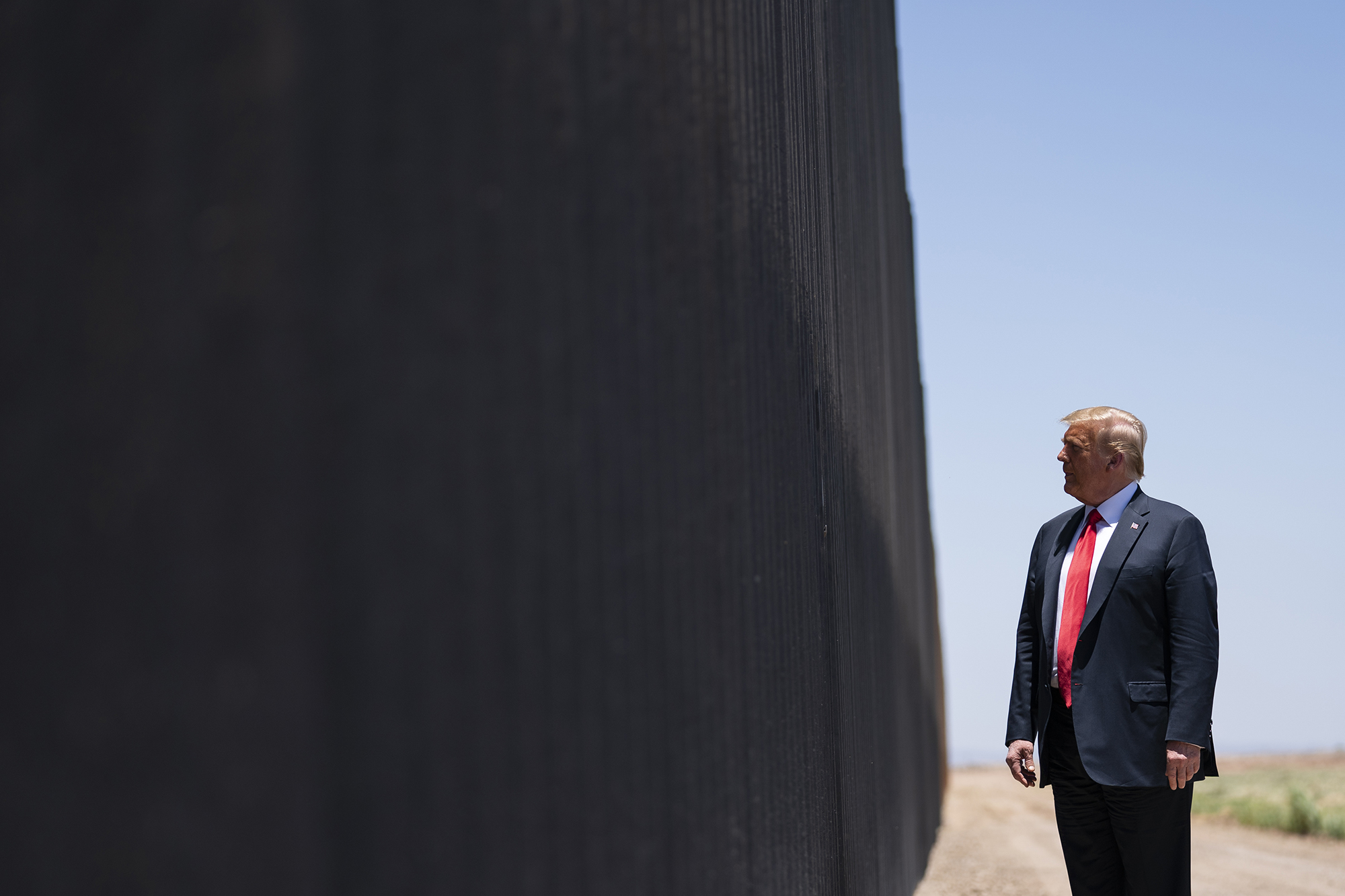 From a border wall to the so-called Muslim ban and a family separation policy intended to deter people from coming to the United States, the Trump administration’s clamorous immigration policies have been a nearly nonstop soundtrack for the past four years of American life.

Yet, in the weeks before the Nov. 3 election, advocates, immigrants and voters have heard little from presidential candidates Joe Biden and Donald Trump about their plans for the more than 10 million unauthorized immigrants living in the U.S.

This week’s presidential debate might give some hints about their plans. Behind the scenes, however, some local advocates and lawmakers already worry even a Biden administration could spell trouble for immigrant communities.

“It's going to take a back seat again, because there are other things more pressing to the administration,” said Jorge Barón of the Northwest Immigrant Rights Project when asked about the potential impact a Biden win could have on immigration policy. “That's a concern.”

Not only could there be a lack of emphasis on the betterment, specifically, of immigrant communities —the Obama administration, for example, focused on health care reform instead, Barón said —but Biden oversaw an expansion of immigration enforcement as vice president that experts estimate resulted in the deportation of 3 million people, a number the current administration may still not have reached despite all of its bluster.

Barón said the American public has been here before, with many mistakenly assuming the Obama years would be better for immigrant communities than the previous Republican administration.

“I think the lesson, at least for me, is that just the fact that there's a new administration is not enough. There's gotta be a lot of pressure for the changes to happen,” Barón said.

Referring to the detention and deportation system that Biden and other Democrats have supported, undocumented activist Maru Mora Villalpando of La Resistencia said: “He needs to win because we need to stop this nightmare, but the nightmare was built on another nightmare that already existed.”

“He's still a target for us,” Villalpando said of Biden. “He's not, like, the most progressive guy.”

Others, however, point to the movement to defund police and to improve the criminal justice system as signs of an emerging cultural shift that will make it difficult for a Biden administration to simply fall back on previous policies and stall any potential improvements.

“We are in a much different political landscape than we were when Biden was last in the White House,” said Kamau Chege, director of the Washington Census Alliance. “The immigrant rights movement is many orders of magnitude larger and more powerful. And we can see this in Joe Biden making commitments that Obama would have never made.”

Chege pointed to Biden’s promises to immediately pause deportations in the first 100 days if he should win as an example of how the candidate is signaling his presidency won’t just take up policies that existed when he was last in office.

Enoka Herat of the ACLU of Washington said she’d like to see a moratorium on enforcement and deportations that would “divert resources from ICE and Border Patrol towards getting people's status in compliance,” naturalizing those who are eligible, for example.

Advocates say they’ll also be looking for a new administration to quickly undo much of what the Trump administration has done by picking up speed on dealing with certain programs, such as DACA, or Deferred Action for Childhood Arrivals. The Supreme Court has ruled the program must start accepting new applications.

They also hope a new administration will reestablish a higher cap on the number of refugees. Still others look to dismantling certain programs such as the Remain in Mexico policy, which forced immigrants hoping to come to the U.S. to wait in Mexico when attempting to apply for asylum.

U.S. Rep. Pramila Jayapal, D-Seattle, is a member of the House Judiciary Committee, where she serves as vice chair of its Immigration Subcommittee. She talks about what’s possible under a new administration much the way others talk about reimagining the police. She said the government needs to rethink how the Department of Homeland Security is structured, which she describes as a “giant sprawling bureaucracy that the Trump administration has used to its advantage.”

The Trump administration, she said, takes “money from one place and puts it toward another, even if Congress hasn't appropriated it that way. There's no accountability and no transparency.”

Advocates also emphasize that although immigration is largely a federal issue, state legislation can make a difference, too. Many immigrant advocates and groups such as OneAmerica and the Washington Immigrant Solidarity Network have recently begun pushing Gov. Jay Inslee to create an unemployment fund for undocumented workers, especially in light of how the coronavirus pandemic disproportionately impacts Latinos and other immigrant communities. But they hope a Biden presidency might make this kind of effort easier.

“The politicians who claim to be champions for the immigrant community should not allow for the workers keeping Washington running, who happen to be undocumented, to be left out high and dry. That doesn't just hurt the workers; it hurts the businesses who lose a customer when those workers lose a paycheck,” Chege said.

La Resistencia's Villalpando and other activists said they could also see Washington state renewing its drive to ban private detention centers, such as the Northwest ICE Processing Center in Tacoma. California became the first state to enact such a ban in 2019 and successfully defended itself against a lawsuit contesting the new law. 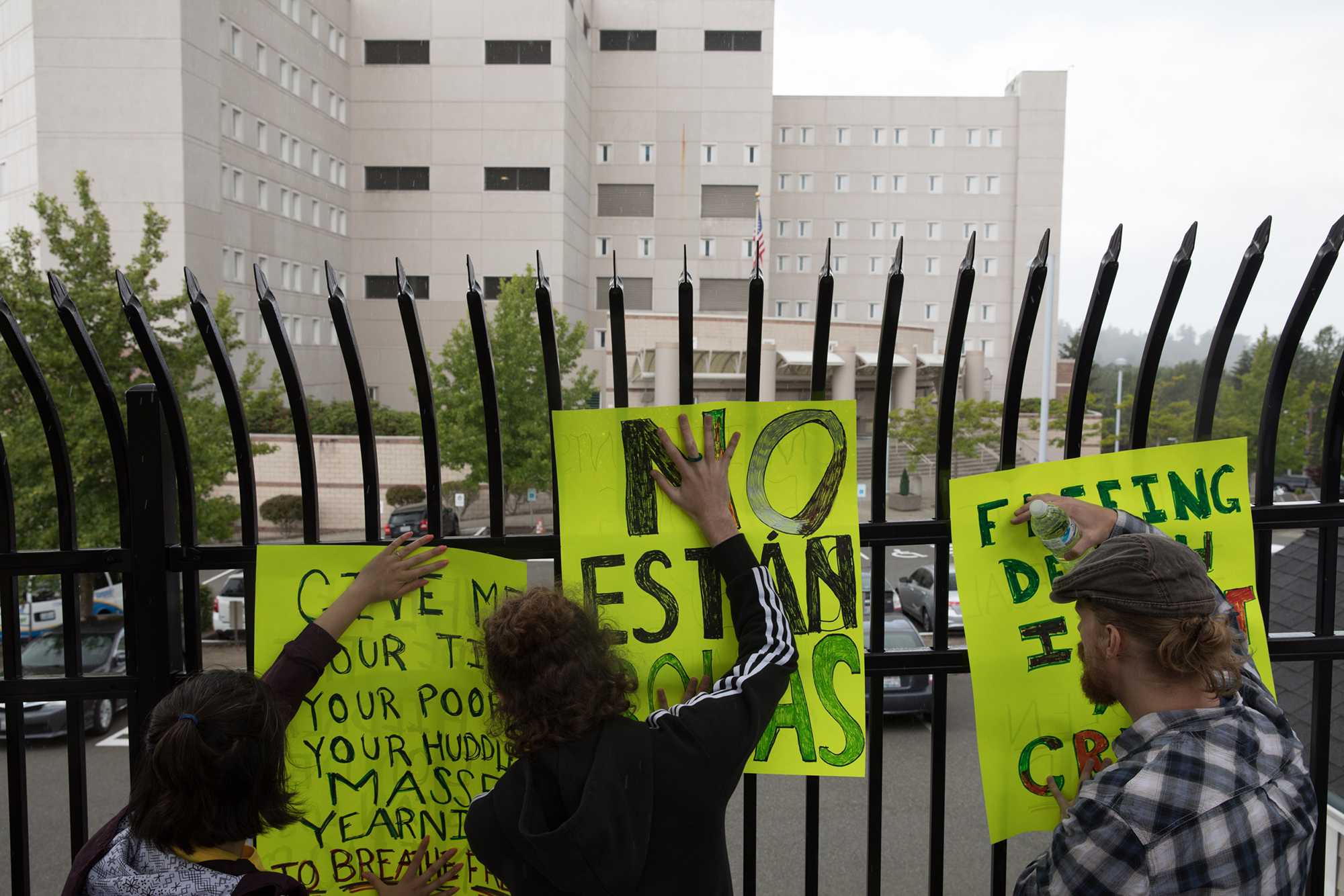 Meanwhile, Senate Republican Minority Leader Mark Schoesler of Ritzville points to certain policies with the potential to draw bipartisan agreement, such as the improvement of the agricultural guest worker program.

But Schoesler admitted that there are certain issues, such as so-called sanctuary cities and the lack of cooperation between local law enforcement officials and the federal government, where Democrats and Republicans may fail to see eye to eye.

“I think that only compounds the problem,” Schoesler said, referring to the releasing of undocumented immigrants by local officials before providing Immigration and Customs Enforcement, or ICE, the opportunity to intervene. “A criminal is a criminal, and turning them loose doesn't help."

Federal courts have made it clear state and local officials have no authority to arrest or detain people for immigration purposes, calling the practice unconstitutional because it infringes on the Fourth Amendment right to be free from unreasonable seizures.

Local races, such as the candidates competing for spots on the Cowlitz County Board of Commissioners, can also be as pivotal for immigration policy as federal elections, Herat said. The Cowlitz County Youth Services Center in Longview, about two hours south of Seattle, holds youth for ICE. The county and county commissioners control the facility, she said.

“These local races matter in terms of how we treat immigrants in our community. They're incredibly important,” Herat said.

And what if Trump is reelected?

While some fear irreparable damage on top of what’s already been done, others note Trump has not always been as effective in carrying out what many view as his draconian immigration policies as he would like his supporters to believe.

Sophia Jordán Wallace, associate professor in the Department of Political Science at the University of Washington, is the author of Walls, Cages, and Family Separation: Race and Immigration Policy in the Trump Era. She said that while Trump has talked a lot about a wall along the southern border, much of what he’s managed to do constitutes simply replacing already existing railing and fencing.

“He made it a kind of pinnacle issue, but he has actually not built a lot of wall relative to other presidents,” Wallace said. "We're still pretty close to what we had when he started meaning, within like five miles,” she said, referring to miles of wall built so far by Trump. Wallace said building a wall can often be complicated by legal, financial and environmental factors.

“He's not a very effective leader, so he's not able to achieve the things that he wants to do. Instead he focuses on things that have a high visibility that he can claim he has done effectively,” Wallace continued. She pointed to what many, even Republicans, view as the spectacularly cruel family separation policy, which unlike previous administrations aimed at the outset to separate immigrant parents from their children.