Who will shape policing in King County? It’s on the ballot

Voters will weigh in on law enforcement this November with amendments deciding whether the sheriff remains an elected position and more. 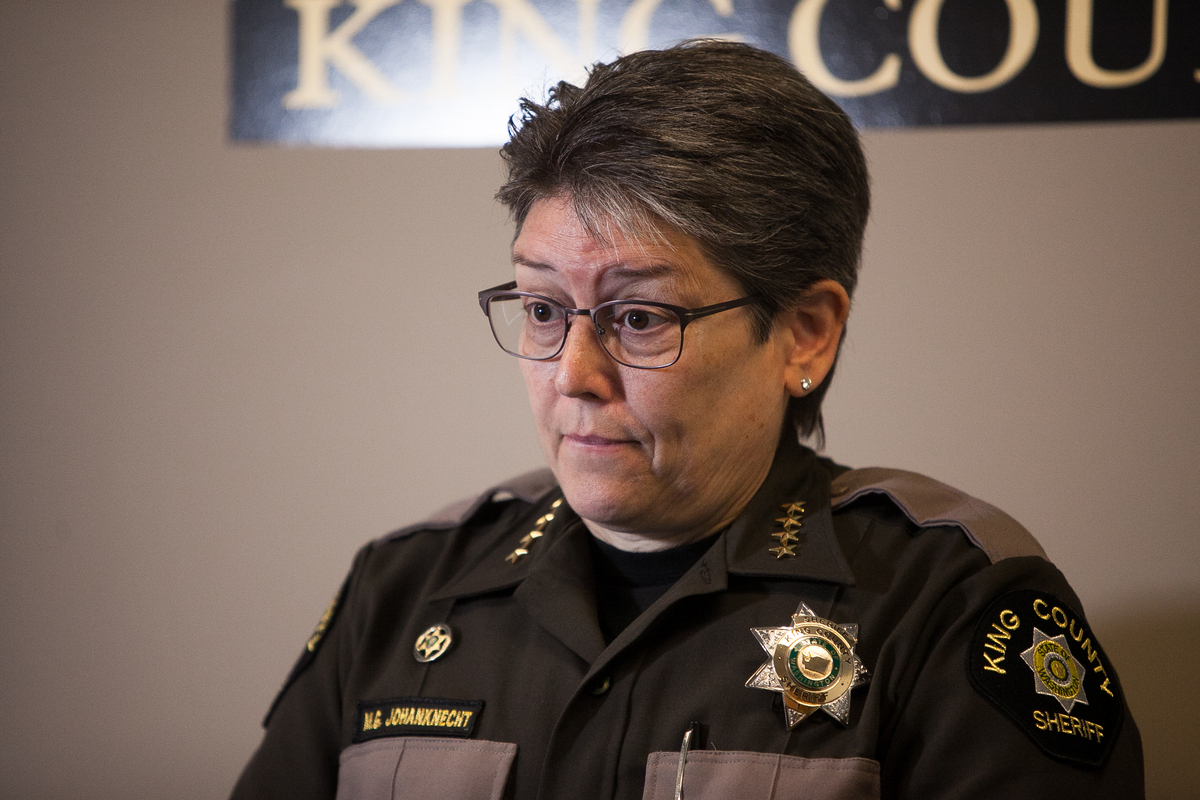 Before 2020, the most that King County's largest police union had ever spent on a political campaign was $60,000 in 2010. This year, it has already committed $165,000 toward defeating proposals many voters may miss on a crowded ballot: charter amendments that could reshape the future of policing in King County.

At their heart, the amendments — four relating to police and law enforcement, two of which are the subject of the most heated debate — represent a table setting for the future of policing in King County. Their most significant impact on law enforcement would likely not be felt for months or years to come. But at a time when protesters have demanded change, the proposed amendments ask who is driving that change.

Two of the proposed amendments, related to oversight and fact-finding inquests into deadly police encounters, are not facing any notable opposition.

The other two — charter amendments 5 and 6 — are particularly salient in the shadow of recent demonstrations and the national debate  over the role of law enforcement.

Charter Amendment 5 is the clearer question: Should the sheriff — an elected position since the mid-1990s — once again be appointed by government officials?

But the other — dully titled, "Structure and Duties of the Department of Public Safety" — seems to get more to the heart of what protesters have demanded.

If approved, Charter Amendment 6 would open up the duties of the King County Sheriff's Office — which are all but cast in bronze by statute — for the King County Council to define. Proponents say it's a means to bring in a more diverse array of voices to question the scope of policing in the county. That could mean finding alternatives to 911 for people in a mental health crisis or even shrinking the size of the sheriff's office, said King County Councilmember Girmay Zahilay.

For opponents, the two main amendments amount to a power grab by the county's legislative body — which is already perennially feared as too Seattle-centric by much of the rest of the county.

"Legislating the sheriff's office, through either one of those amendments, slows down and overburdens what is a very efficient office right now," said King County Sheriff Mitzi Johanknecht.

Taken together, the amendments would undoubtedly make the sheriff's office less independent and more beholden to the elected officials upstairs and across the street. The central question is whether that's a good thing or not.

Johanknecht (pronounced, as she says, like the names Joe, Hank, Nick) knows well the power of an elected sheriff. Her opponent in the 2017 election, John Urquhart, faced allegations of retaliation, sexual assault and even rape in the middle of the campaign. Urquhart, who was the incumbent, forcefully denied the charges, but they were enough to disrupt his path to reelection and to hand a victory to Johanknecht.

Johanknecht, a veteran of the sheriff's office, declared her candidacy before the allegations exploded, in response to what she said was internal dissatisfaction with Urquhart's leadership. But she nevertheless points to inaction by the King County Council in response to the charges as part of why it's important to have an elected sheriff.

"Why did none of them take action during my predecessor's term?" she said in an interview. The voters, in other words, did what the politicians did not.

Beyond her personal experience, Johanknecht's derision of the council's inaction indicate a larger hesitancy she and others feel toward the idea of the elected body taking a larger role in the realm of public safety.

Relegating the responsibility of public safety to the council, Johanknecht said, risks bogging it down in process and making it less clear whom the public can appeal to or hold accountable when there are failures.

"The ability that I have as sheriff, and I'm accountable to the voters of King County, is to do what's being asked by the community directly and quickly," she said. "Charter amendments 6 and 5 will slow down that process. It ends up bringing in the politics of what's occurring in King County versus the ability of the people to decide if I'm doing the right job for them and if I'm making the reforms and that our policies reflect what their intentions are."

Underlying the opposition is a fear that ceding more power to the county council opens the doorway to more Seattle-style politics and, ultimately, defunding the police.

Stan Seo, a captain in the sheriff's office and a ringleader on the "Save Our Sheriff" campaign opposing the amendments, is more blunt about this fear than Johanknecht.

"I believe Charter Amendment 6 is a defunding measure," he said, adding, "when you combine charter amendments 5 and 6, you have 10 people [the King County Council and the executive] trying to decimate the sheriff's office. I think that is not in the public interest when it comes to such a critical issue of public safety."

The proposed changes are not unprecedented — not even in King County. In fact, the current system dates back to just 1996, when voters decided to make the sheriff an elected position. That same year, voters voted to carve  out the unique exception for the sheriff's office: The King County Council would not hold the same level of power over public safety as it does with the rest of the county’s operations. Instead, county police would be governed by "general law" — in other words, state statutes.

Restoring that authority to the council would not predetermine any outcome for public safety, said Sean Goode, executive director of Choose 180, a program to remove youth from systems of incarceration.

What it would do, he said, is allow for testing out new approaches to public safety. "In this current method there's no innovation beyond what's in the sheriff's office," he said.

Goode has gone on record supporting divesting from police in order to grow community-led public safety initiatives. But this is not about "a divest/invest conversation," said Goode. What it's about is creating more entry points for people's voices to be heard than just through the sheriff's office.

Councilmember Zahilay echoed that point. In the current system, the public has only one place to push for change to public safety, and that's Johanknecht's office, he said. Zahilay, who represents the diverse neighborhoods in South Seattle and Skyway, as well as the mostly white stretches along Lake Washington, believes this system excludes input from the people most impacted by law enforcement.

"We don't have any direct policy instruction," he said. "But if 5 and 6 pass, it would greatly enhance our ability to have policy instruction and be responsive to the demands right now of the largest movement in American history, telling us to have a more equitable system of public safety."

That could lead to a system in which accountability for the sheriff comes along more often than once every four years, and 911 response is less dependent on armed officers, he said.

But the amendment to give the council more authority to dictate law enforcement duties was not among the recommended changes. It was instead brought forward by Zahilay and Councilmember Dave Upthegrove.

Johanknecht and other opponents say the council has short-circuited the proper process and not given voters ample time to understand the changes.

Goode, however, put it this way: "I think it doesn't take a whole day to recognize sunshine. If you see something's possible, how much vetting does it need in order for the community to make a choice?"