Democrats already had strong majorities, but Tuesday’s election may have created an even more progressive Legislature than before. 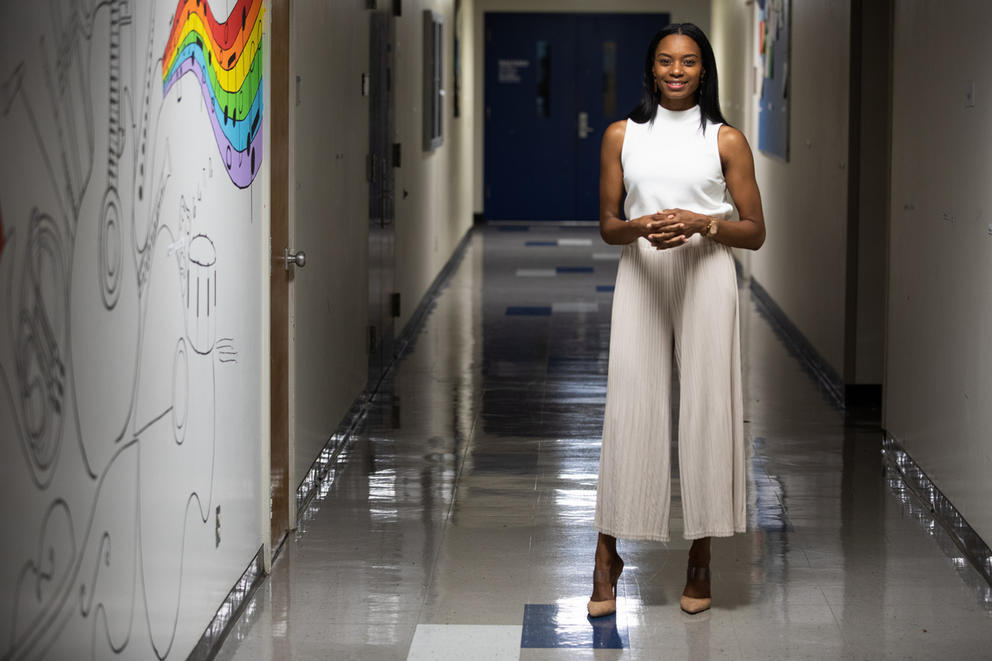 T'wina Nobles looks to be on her way to unseat state Sen. Steve O'Ban, R-Tacoma, in a very competitive race. If she wins, she would be only the second Black woman to serve in the state Senate. (Matt M. McKnight/Crosscut)

Tuesday’s election wasn’t a blowout victory for Democrats in Washington state. Yet it looks as if Democrats may gain a few seats in the state Legislature — and even those modest gains could help propel some progressive priorities over the finish line, lawmakers said Wednesday.

Measures that could become easier to pass if Tuesday’s results hold include a clean fuel standard, as well as a tax on capital gains (which includes profits from selling stocks and bonds), said state Sen. Jamie Pedersen, a Seattle Democrat who chairs the Senate Democrats’ campaign operation.

“Yes, a seat makes a difference,” Pedersen said Wednesday. “... Carbon and climate change types of issues, guns, criminal justice reform and police accountability, and potentially progressive tax reform — those are the kinds of things that start to become more possible when you have 29 votes instead of 28.”

But the bigger shift might not be in the actual numbers, but in the policy positions held by the new people filling some Senate seats.

As of Wednesday, two of the Senate’s moderate Democrats — both of whom have expressed reluctance to pass tax measures — looked as if they may lose their reelection bids to candidates on the right and the left.

At the same time, Democrats looked to be on a path to win two swing-district Senate seats held by Republicans.

In Pierce County's 28th Legislative District, T’wina Nobles, the president and CEO of the Tacoma Urban League, was about 3 percentage points ahead of Republican state Sen. Steve O’Ban as of Wednesday.  If her lead holds, she will be the only Black member of Washington’s state Senate and only the second Black woman to ever serve in the chamber.

Both Nobles and Price Johnson say they support approving a low-carbon fuel standard to require cleaner fuels for cars and trucks.

The two candidates also have talked regularly about the need to reform the state’s tax code. Each said the current system — which relies heavily on sales taxes — is unacceptably regressive because it causes lower-income people to pay a higher share of their income in taxes than the wealthy.

“What I want to support is a capital gains tax only on our wealthiest,” Nobles said Wednesday.

In an email, Price Johnson stopped short of endorsing a capital gains tax specifically, but said she supports the work of a bipartisan committee that is exploring ways to reform the state’s tax code. 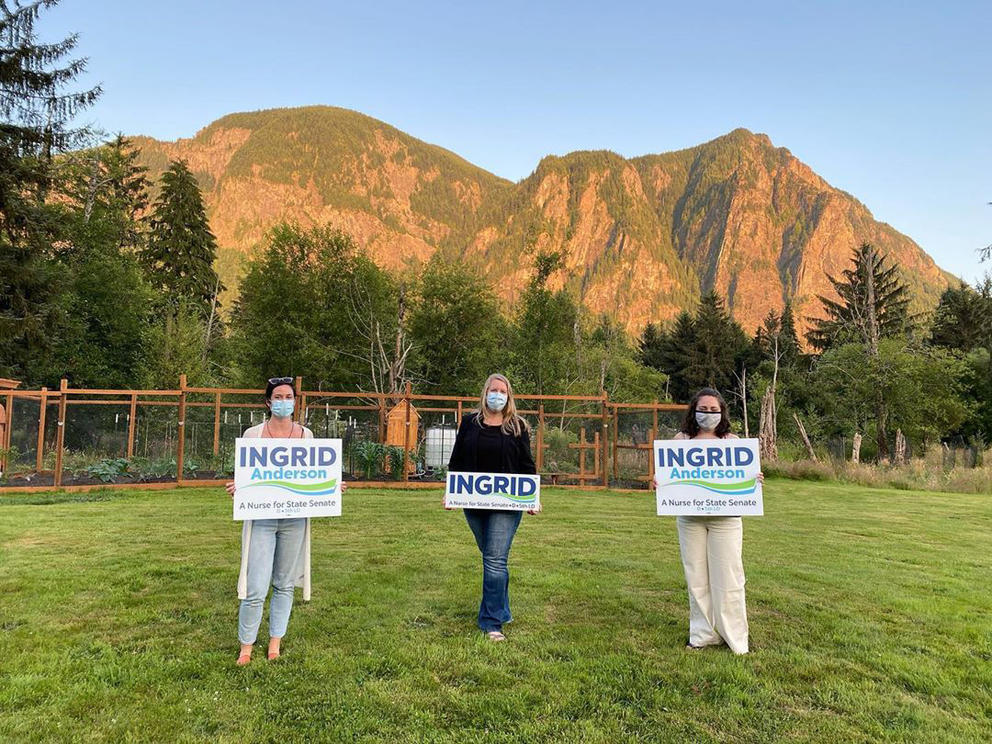 State Rep. Joe Fitzgibbon, a Seattle Democrat who chairs the House Democratic Campaign Committee, said he doesn’t think picking up a couple of seats in the state House would dramatically change the House Democrats’ agenda, but the shifts in the Senate could be significant.

He noted that although the House has passed a clean fuel standard multiple times, each time the measure died in the Senate.

“Having T’wina and Helen both — I think it significantly increases the prospects for a capital gains tax as part of our budget solution,” Fitzgibbon said Wednesday.

When the Legislature reconvenes in January, lawmakers will need to solve a two-year budget shortfall caused by the projected loss of more $4 billion in state tax revenue — a result of the economic downturn caused by the COVID-19 pandemic. A capital gains tax could be one way to help bridge that budget gap.

Republicans have consistently opposed a capital gains tax, saying it would open the door to a more far-reaching tax on income. GOP leaders also have questioned the proposal’s legality, noting that the state Supreme Court has ruled in the past that income taxes that impose different rates based on income level violate the state constitution.

House Minority Leader J.T. Wilcox, R-Yelm, said he thinks it also is important to consider the economic impacts of any new taxes, especially given the recent news that Boeing is consolidating all production of its 787 Dreamliner in South Carolina, a major blow to its Everett operation.

“We just lost a big part of the best economic driver we had over the long term — big parts of Boeing,” Wilcox said Wednesday. “We need to be careful with our economy.”

Wilcox said he thought the release of more election results throughout the week would narrow some of the races between Republicans and Democrats in the state House.

Democrats also looked like they would pick up a House seat in the 10th Legislative District, the same district Price Johnson is winning. But that pickup could be offset by the loss of a House Democratic incumbent, state Rep. Brian Blake of Aberdeen.

As of Wednesday, Blake was losing his bid for reelection, coming in about 2 percentage points behind Republican Joel McIntire.

Mullet, the Issaquah Democrat fighting for his Senate seat, said even if he ultimately wins, progressive groups, including labor unions, have sent a clear message that centrist Democrats are no longer welcome in the Legislature. Political action committees (PACs) affiliated with the Service Employees International Union (SEIU) and the Washington Education Association (WEA) each poured hundreds of thousands of dollars into defeating Mullet and supporting Anderson, his opponent.

“This is definitely a message from the SEIU and the WEA that you have to vote the way they want you to, or they will come after you,” Mullet said. During the campaign, Mullet has benefited from the support of PACs tied to business groups, realtors and others.

Already, climate activists are planning to pursue an agenda next year that extends even beyond the clean fuel standard. Vlad Gutman-Britten, the Washington state director for Climate Solutions, said if Tuesday’s election results hold, the goal is a “clean fuels standard and more.”

That could mean looking at charging a tax or fee on carbon emissions to help pay for green, “climate friendly” transportation projects, he wrote in a text message Wednesday.

“It’s quite clear that given national results, state action on climate is important,” Gutman-Britten wrote.

by / July 28
Article continues below