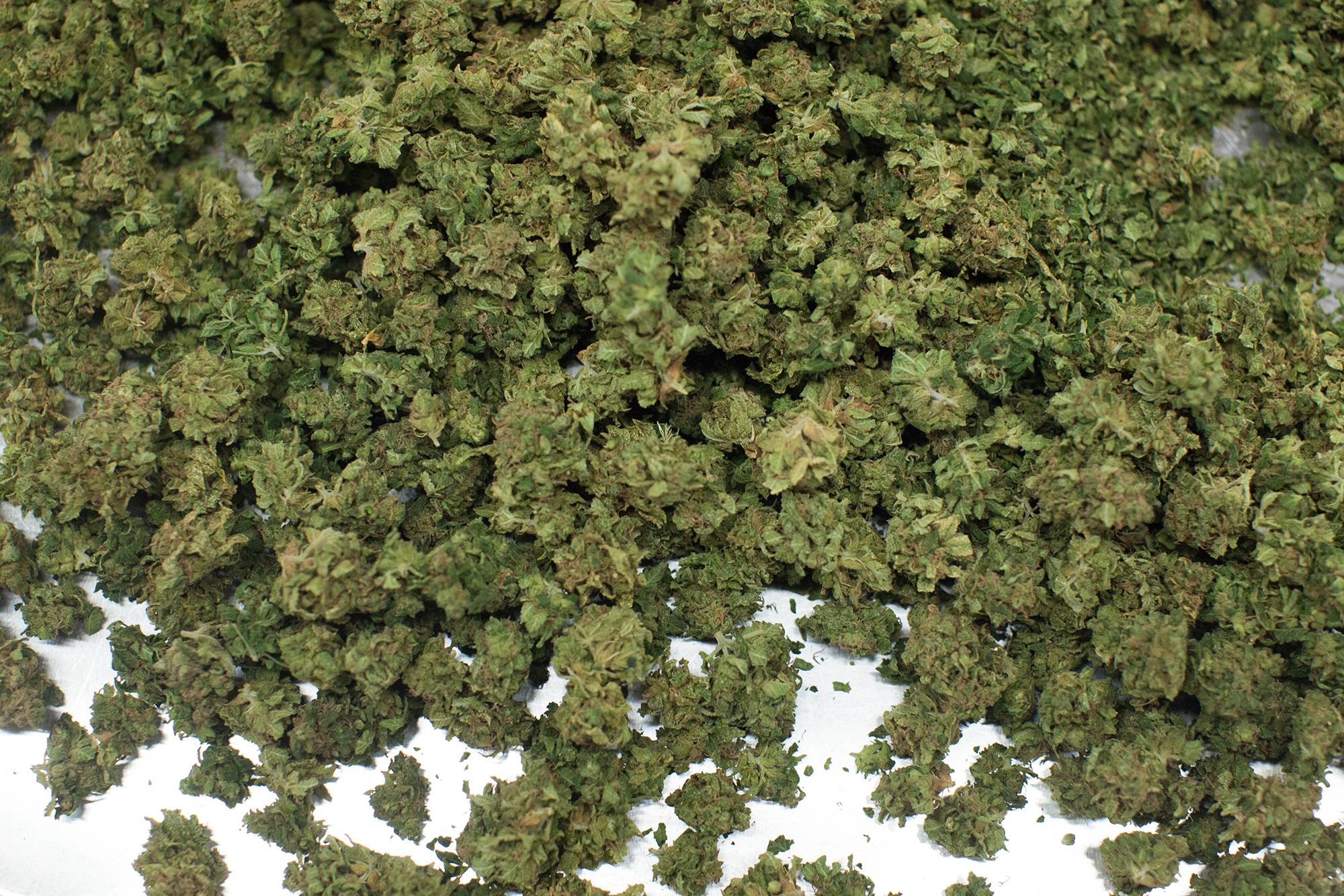 Even before this year’s Black Lives Matter protests, Washington state’s legal cannabis industry had a well-known problem with race.

About 4% of the state’s population is Black. But Black people have a majority stake in only 1% of Washington businesses that grow and process marijuana, according to the Washington State Liquor and Cannabis Board, while roughly 3% of retail cannabis shops are majority Black owned. Some remain skeptical of those figures and say the picture is actually worse.

Except Kemp’s store didn’t do anything to budge those statewide numbers. In fact, he owns only 5% of the store that bears his name — and the business is actually majority white owned. The communications firm that originally promoted the store as Seattle’s first Black-owned cannabis dispensary later said it shouldn’t have done so.

For many, the dustup once again highlighted the lack of diversity in the state’s legal pot industry and the need to fix it.

“We have two white men tooting their horns about being the largest marijuana sellers in the state of Washington behind this Shawn Kemp store, and announcing at a press conference they would like to be the incubator and the mentors for licensees who will be Black,” said state Rep. Melanie Morgan, D-Parkland. “It’s not a good look.”

In March, state lawmakers passed a bill that they hoped would help improve representation in the state’s legal pot industry.

But like so many things, that work was delayed by COVID-19.

Now, a task force is finally getting off the ground to try and solve a longstanding problem: How to ensure communities that were heavily policed during the war on drugs can gain a foothold in the state’s legal pot market. The 18-member Social Equity in Cannabis Task Force held its second meeting earlier this month.

The task force’s main job is to help shape a program to distribute unused marijuana retail licenses, of which there are about 35 in Washington state.

The idea is to award those licenses to people from communities that may have lacked the capital to get in on the ground floor of the state’s legal pot market — or, to people who hail from areas that historically have had high rates of arrests, convictions or imprisonment for marijuana offenses.

Applicants from high-poverty areas also would be eligible under House Bill 2870, the bill the Legislature passed in March. So would people who have been convicted of misdemeanor marijuana offenses or who have family members with such convictions.

But the Legislature left it to the task force to figure out specifics and grapple with some of the tougher questions. Among them:

Paula Sardinas, co-chair of the task force and a member of the state Commission on African American Affairs, said the bill the Legislature passed in March was just a starting point.

“The goal is to look at it now as a vehicle that, you know, we’ve got to add the tires to, we’ve got to customize … so that we can drive it to the final destination, which is equity for those with the greatest disparate impact,” Sardinas said at an Oct. 26 task force meeting.

Because of that, the task force adopted guiding principles earlier this month talking about the need to address anti-Black racism specifically.

Morgan, the Democratic state representative from Parkland who is the task force’s other co-chair, said that doesn’t mean Latino people and other racial and ethnic groups won’t also benefit.

“Even though we have a focus on anti-Blackness, at the end of the day, we are trying to look at all communities of color, marginalized folks, everybody, to make sure they have the same access to this business,” Morgan said.

While the task force is chaired by two Black women, it also includes representatives from the state Commission on Hispanic Affairs, the cannabis industry, state agencies, the Legislature and community groups.

State officials have said that, from a legal standpoint, it’s difficult to craft a social equity program that focuses on race as a qualification, as opposed to other factors. That’s something else the task force may have to consider as it moves forward.

The task force is supposed to deliver recommendations to the state Liquor and Cannabis Board about how to proceed with the social equity program. Factoring in delays caused by COVID-19, that should happen sometime in 2021, Morgan said.

Beyond those fundamental recommendations, however, the task force intends to consider broader issues in the marijuana industry, and perhaps suggest new laws that could help promote equity in the marketplace.

One of the major topics of discussion is whether the state needs to lift the current statewide cap on the number of marijuana retail stores, which would create more licenses that could be distributed as part of the social equity program.

There’s also talk of expanding the social equity program beyond retail licenses, to help people break into marijuana producing and processing. Marijuana growers and processors make up the largest share of the state’s licensed cannabis businesses.

Then there’s the issue of local bans and moratoriums. Right now, many of the unused retail licenses that could be used for the social equity program are allotted to cities and counties that have effectively blocked pot shops from opening. That means that even if someone wanting to open a shop there did get their hands on a spare license, it wouldn’t do them much good.

Rick Garza, the director of the Liquor and Cannabis Board, said his office is reaching out to local governments that banned marijuana businesses several years ago to see if officials there might have had a change of heart. His agency had also proposed allowing more retail shops overall throughout the state, but the idea didn’t make it into the social equity legislation that ultimately passed.

Right now, there are roughly 450 cannabis retail shops with active licenses in Washington.

Aaron Barfield, a leader of a group called Black Excellence in Cannabis, criticized the social equity task force as ineffective and a waste of time, since it only has the power to advise the Liquor and Cannabis Board and the Legislature, not implement changes on its own.

But Garza said the goal is to craft a program that will be truly effective at helping Black people and people of color enter the industry — a standard some social equity programs elsewhere have struggled to meet.

In Massachusetts, for instance, not a single applicant to the state’s social equity program had opened a pot shop as of March, four years after legalization, mainly because of onerous requirements set by local jurisdictions, Politico reported.

In Los Angeles, meanwhile, one company drew attention when it partnered with more than a dozen social equity applicants, using contracts that were criticized as predatory. That program also drew lawsuits for unrelated reasons, including over a first-come, first-serve system many applicants said was unfair.

“We want to get it right if we are going to put this together,” Garza said.

“...This is the beginning, so you can criticize it for not going far enough,” Garza said, “but it is how we get started in addressing social equity.”