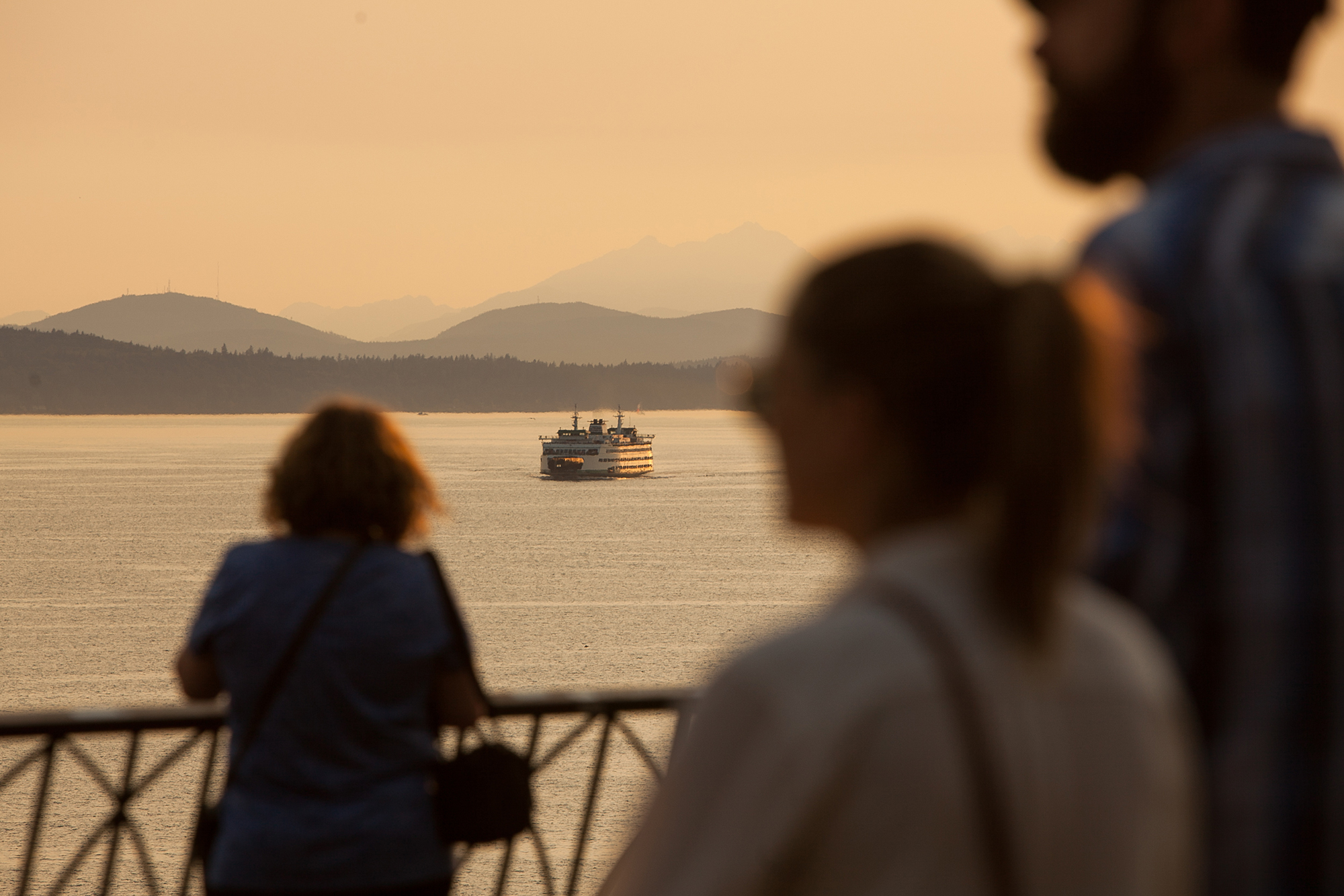 Washington’s governor wasn’t shy about saying it Thursday: He thinks the state needs to spend more money to dig itself out of the hole caused by COVID-19. And he thinks new taxes are required to make that happen.

While state revenue projections have rebounded significantly since June, when lawmakers thought tax collections would take an $8.8 billion hit over three years, the state is still projected to collect about $3.3 billion less through 2023 than previously predicted.

That’s part of what led Democratic Gov. Jay Inslee to propose a $57.6 billion two-year spending plan on Thursday that would include about $1.3 billion in new taxes, much of which would pay for new COVID-19 relief efforts.

About $1.1 billion annually in new revenue would come from a measure Inslee has proposed several times before: a tax on capital gains, which include profits from selling assets such as stocks and bonds. He said the tax measure, which aims to target the wealthy, would affect fewer than 2% of Washingtonians and not kick in until 2022.

“The state does need new, additional revenue to continue to strengthen our state’s pandemic response,” Inslee said. “This we know.”

In addition, the governor is proposing a new tax on health insurance policies, which he said would go toward helping improve public health programs over the long term.

The governor also is suggesting that the Legislature tap the state’s emergency fund, known as the rainy day fund. Inslee said that would help balance the budget and let relief efforts begin sooner, without having to wait for his proposed taxes to kick in.

Here are some key areas where Inslee wants to see the Legislature take action in 2021. Legislators are scheduled to begin a new 105-day session on Jan. 11.

About 28,000 households would receive help paying rent in the next six months under Inslee’s proposal.

To get the money out quickly, the governor is asking lawmakers to pass an “early action” bill shortly after the Legislature convenes in January, rather than waiting for legislators to approve a larger two-year budget, which is unlikely to pass before late April.

Inslee’s plan also seeks to prevent businesses from having to pay higher unemployment insurance premiums in the coming years. Premium increases are expected because so many jobless workers filed for unemployment this year. That has drawn down the trust fund that pays those benefits.

The governor said his plan would reduce what businesses have to pay in unemployment taxes by $790 million in 2021, plus an additional $1.1 billion from 2022 to 2025. Inslee’s plan also would raise the minimum amount that jobless workers can receive, from $201 per week to about $270 per week, his office said.

A new tax to pay for public health

Inslee is also proposing a new tax on health insurance policies to address longer-term needs in the state’s health care system. Those needs include developing new data systems and policies aimed at improving public health, as well as improving emergency management, so that public health districts can better respond to future outbreaks, his office said.

To pay for those things, Inslee's new tax on health insurance policies would generate $205 million in its first year. The tax would amount to about $3 per insured person per month, according to Inslee’s budget office. While the tax is directly imposed on insurers, not their customers, the governor’s budget director said he expected insurance companies would pass the costs on to policyholders. 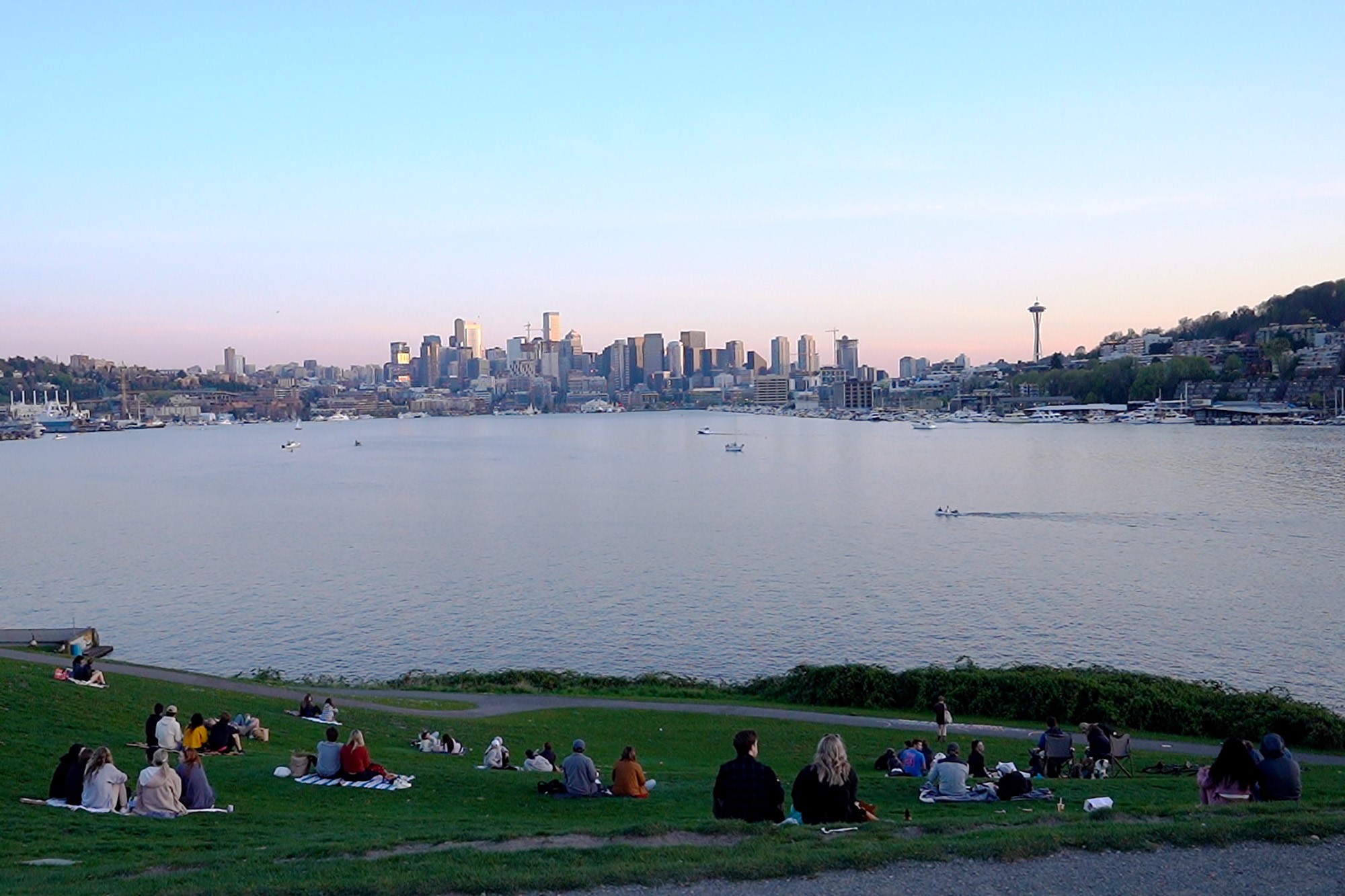 Another stab at carbon pricing

Inslee has supported several approaches to putting a price on carbon emissions since he took office eight years ago. None have passed, either in the Legislature or at the ballot box.

But the governor plans to try again in 2021. This week, he proposed revisiting something he first proposed six years ago: capping greenhouse gas emissions from the state’s largest polluters, then ratcheting down those pollution limits over time.

It’s part of a cap-and-trade plan that would also create a marketplace where polluters could buy and trade allowances, which could be used to help meet the emission reduction requirements.

State Sen. Reuven Carlyle, D-Seattle, who is sponsoring the measure and working with the governor to flesh out the details, said this year’s proposal is different from those in past years because it would have a more rigid cap on emissions. Polluters would have fewer opportunities to avoid actually lowering their emissions, such as by buying offsets or finding other ways to meet the law’s requirements, Carlyle said.

“It really does achieve Paris Accord level reductions,” Carlyle said of the new plan.

The measure would also raise money. Carlyle estimated the plan would generate somewhere in the range of $600 million to $1 billion per year in revenue, but it’s not clear exactly how much yet, because the details are still being worked out.

Inslee said money raised by the cap-and-trade plan would be invested in clean energy programs and social equity measures, with a focus on helping communities of color that have been disproportionately affected by climate change.

However, all of this is somewhat far in the future. While the governor talked about how money from the cap-and-trade plan would be used to bankroll the Working Families Tax Credit, a program for low-income families that the Legislature approved more than a decade ago but never funded, Inslee similarly isn’t actually paying for the tax credit in his 2021-23 budget.

Instead, he is more or less suggesting that the Legislature look at paying for that program further down the road, using money from his long-term climate action plan.

Inslee is also renewing his push for the Legislature to pass a clean fuel standard, a priority of his that has failed to clear the state Senate for the past two years.

New office to investigate police use of force

The governor rolled out about $365 million in proposals Monday that he said would help chip away at social inequities, including institutional racism.

As part of that suite of proposals, Inslee said he would seek $26 million to create an independent office to investigate police use of force.

A task force recommended the independent office after the police killings of George Floyd in Minneapolis and Manuel Ellis in Tacoma.

When it comes to transportation, the governor is very focused on fish.

There’s a reason for that: The state is under a court order to replace hundreds of fish-blocking culverts, which are impeding salmon runs and thereby violating treaties with Native American tribes.

The governor’s transportation budget, which is separate from his operating budget, would spend $724 million over two years to help the state Department of Transportation design 136 fish barrier removal projects, as well as replace 114 barriers that block salmon from reaching their spawning grounds.

While the governor isn’t proposing a new transportation package that relies on an increase in the gas tax or other taxes, he is proposing $400 million in maintenance for existing roads and bridges, “so they don’t fall apart,” he said. He also is proposing about $190 million to continue electrifying the state's ferries.

But the governor’s budget includes no sweeping list of transportation projects, which would likely have to be paid for through new taxes. For instance, his plan doesn’t address the ailing West Seattle Bridge, which the city of Seattle expects to cost $47 million in initial construction costs to repair.

Nor does it provide money to construct a new Interstate 5 bridge over the Columbia River in Vancouver, which is expected to cost hundreds of millions of dollars. The governor budgeted only $22 million to cover planning costs for the bridge connecting Washington and Oregon.

The governor does suggest starting several other building projects earlier, proposing a larger-than-usual capital construction budget that he said would help stimulate the state’s economy.

To address homelessness across the state, the governor wants to spend about $220 million to build roughly 3,390 affordable housing units.

He also wants to spend $50 million over the next two years to expand the use of enhanced shelters, an alternative to crowded, mat-on-the floor shelters for individuals experiencing homelessness.

About $120 million would design and construct a new 120-bed nursing facility to care for people with intellectual and physical disabilities.

About $800 million would pay for 80 school projects throughout the state.

After many schools spent less than expected this year during the pandemic, Inslee would direct about $400 million of those savings toward helping students recover from learning losses that occurred when schools were closed. That money could be spent on things like added instructional hours, tutoring, or other student support services.

Republicans, who are in the minority in both chambers of Washington’s Legislature, have already signaled that they think Inslee’s proposal would spend too much.

State Sen. Lynda Wilson, R-Vancouver and the ranking Republican on the Senate Ways and Means Committee, said families are already struggling to deal with the economic fallout of the pandemic, including from Inslee’s orders closing certain businesses.

“The last thing they need is a new tax on health care — during a pandemic, no less,” Wilson said in a written statement, referring to Inslee’s proposed tax on health insurance policies.

House GOP budget lead Drew Stokesbary, a state representative from Auburn, criticized Inslee’s failure to pay for the Working Families Tax Credit in his two-year budget as failing to offer "anything more than empty promises."

“Those who hoped for a fiscally responsible budget will be sorely disappointed,” Stokesbary said in a press release.

The governor’s new budget proposal would spend about $5.5 billion more than the two-year budget he signed into law 2019. But Inslee’s budget office also estimates that the cost of maintaining existing programs has risen by about $4 billion since then.

Legislators in the House and Senate will propose their own budgets in the spring, which may or may not include the governor’s recommendations.

This article was updated to clarify that the cost of the governor's proposed tax on health insurance policies is estimated to be $3 per month.