June 19 is already celebrated as the end of slavery in the United States. Lawmakers are debating making it an official government holiday. 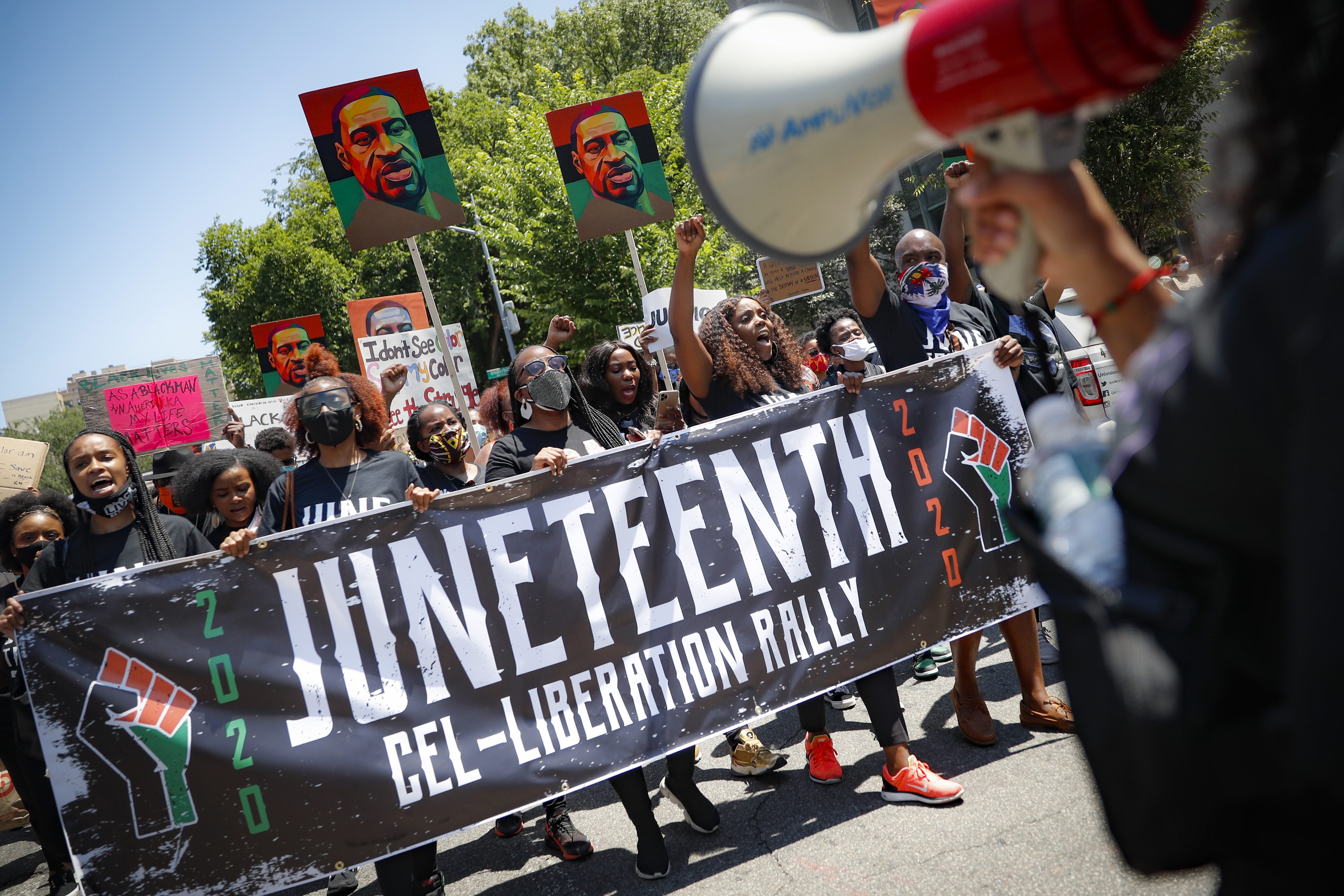 Protesters chant as they march after a Juneteenth rally at the Brooklyn Museum, June 19, 2020, in New York. The Washington state Legislature is considering a proposal to make Juneteenth a state holiday. (John Minchillo/AP)

Communities across Washington state have been celebrating Juneteenth and the end of slavery in this country long before the state first recognized the holiday in 2007. Now advocates and state lawmakers want to become the fifth state to recognize June 19 as a paid state holiday.

State Rep. Melanie Morgan, D-Parkland, has introduced House Bill 1016, which would elevate Juneteenth from its current status (on the same tier as days such as Korean American Day or Purple Heart Recipient Recognition Day) to a state holiday (like New Year’s Day or Martin Luther King Jr. Day).

For years, folks across the state have attended potlucks, concerts and other events commemorating the end of slavery. Since 2003, for example, the Miss Juneteenth Scholarship Pageant has kicked off the weeklong celebration in the Tri-Cities.

The pageant is designed to spread awareness of the holiday. The contestants are judged on their knowledge of current events, not their physical appearance. They also take various life skills classes and learn entrepreneurial skills by selling advertisements in the pageant program.

The experience culminates in a one-night event that usually draws a crowd of more than 300 people. The contestants welcome the crowd with an opening dance, then change into evening gowns to answer current event questions and close the night with a talent competition.

For Elouise Sparks, the founder and executive director of the Tri-Cities pageant, her celebration of Juneteenth has always been about promoting racial equity.

During her time volunteering at the local MLK center, Sparks noticed an issue she wanted to address. When she asked young girls about their goals, many did not aspire for anything larger than “working at McDonald’s” or “having a baby.” She wanted to help.

Sparks was inspired by her daughter, who competed in a statewide pageant and took home the title “Most Likely to Become a Model.”

“We saw how just that small award changed her and her self-esteem,” Sparks said.“I mean, after that you couldn’t tell her nothing.” 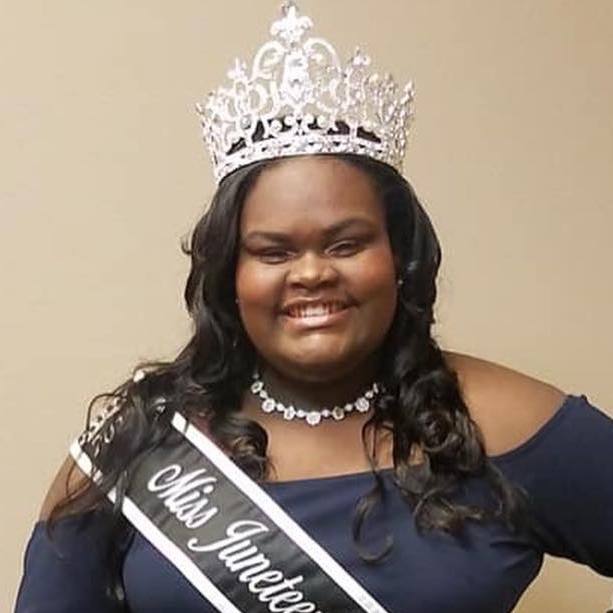 To fund the dreams, Sparks hopes to nurture the young women. The top three contestants in the Miss Juneteenth pageant are awarded scholarships, with a gentle nudge toward historically Black colleges and universities. The queen from 2019, Jalani Green, just finished her first semester at Prairie View A&M University with a 4.0 GPA, according to Sparks.

In a Jan. 3 public hearing on HB 1016, the pageant was mentioned as one of the many beloved Juneteenth celebrations around the state. At the hearing, primary sponsor Morgan validated a concern she heard from the Black community: The bill does not address the larger issues of racial inequity.

HB 1016 does not include this kind of direct mutual aid and Morgan spoke candidly about the systemic issues not addressed by the bill.

“Passing this bill does not protect us from persecution by the state, or from biased policing, or from armed citizens intent on taking our lives,” she said in the public hearing. “What this bill will say is that the state of Washington recognizes that slavery was an atrocity.”

Sparks has always appreciated government recognition. She called Pasco’s 2020 proclamation of Juneteenth “a stamp of approval” for her community. Her daughter reposted the proclamation on the organization's Facebook page and thanked the city.

Recognition of Juneteenth does not appear to be a partisan sentiment, but the $7.5 million price tag to pay for a day off for state employees causes pause for some Republicans.

While expressing his support for the idea of a statewide Juneteenth holiday, state Rep. Mike Volz, R-Spokane, predicted other Republicans would be less enthusiastic about the bill.  On Jan. 20. his Republican colleagues, Rep. Jim Walsh of Aberdeen and Rep. Jenny Graham of Spokane, voted no to passing the bill out of committee because of financial concerns.

“Are we really going to say that $7.5 million is too much a price to acknowledge the atrocity of slavery?” Morgan said at the public hearing. “... As the data shows, this country made over $3 trillion on the backs of my ancestors — so this is just a down payment.”

Rep. Drew Stokesbary, R-Auburn, is less concerned about budget impact. Although not a part of the House Committee on State Government & Tribal Relations, which was considering the bill, he suggests replacing one of the 10 existing paid holidays to observe Juneteenth without the extra spending.

“I haven’t looked at a list of the state holidays, but I can imagine we could find one or two that maybe aren’t as important to our cultural fabric as Juneteenth,” Stokesbary said.

According to Stokesbary, state employees have not felt the same financial pain from pandemic-related shutdowns as folks in the private sector have. To award these employees an extra day off right now feels like poor timing, he said.

Despite Republican criticism, the bill passed through committee on Jan. 20. There’s still a long way to go. On Jan. 22, HB 1016 was referred to the House Appropriations Committee. The bill will have to survive the scrutiny of the full House and then make it through the Senate before it could finally land on the governor’s desk to be signed into law.

“We’re doing a big celebration anyway, but recognition from the state would just be the icing on the cake for us,” Sparks said.