Some studies have found the ride-hailing services increase vehicle miles driven and pollution. 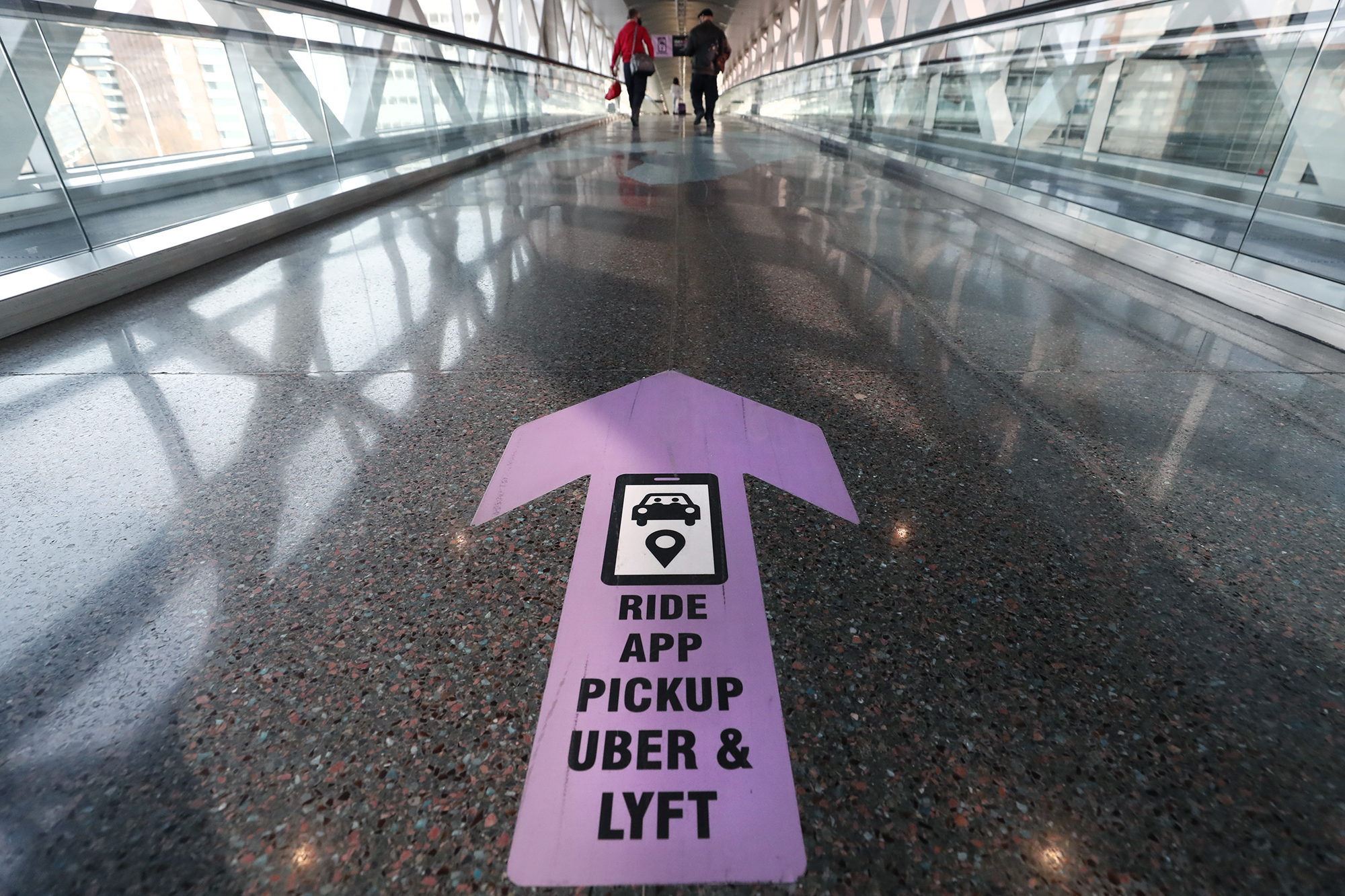 Rideshare companies Uber and Lyft have committed to reducing their carbon emissions in the coming years, but there's little holding them accountable to make sure they reach their goals. (Michael Dwyer/AP)

Ride-hailing companies Uber and Lyft have made public promises to reduce their carbon emissions in the coming years. Now, lawmakers in Washington state want to make sure they follow through.

A measure making its way through Washington’s Legislature would put the state in the driver’s seat when it comes to regulating air pollution by Lyft, Uber and similar app-based ride-hailing services.

Supporters of House Bill 1075 say it’s an important step, given the growth of such companies in recent years. Multiple studies have found that ride-hailing vehicles emit more greenhouse gases per passenger mile traveled than the average car, partly because of the time they spend driving between trips.

Yet concerns remain about how to prevent low-wage Uber and Lyft drivers — most of whom use their own cars — from absorbing the costs of transitioning to all-electric vehicles.

State Rep. Liz Berry, D-Seattle, said it’s incumbent on companies such as Uber and Lyft to shoulder those costs. She’s the prime sponsor of HB 1075, which would direct the state Department of Ecology to set mandatory emission reduction targets for ride-hailing services like Uber and Lyft. California legislators adopted a similar plan in 2018.

In Seattle alone, one consultant’s report estimated that ride-hailing trips led to an additional 94 million miles of driving in 2017. That increase was attributed to people replacing transit or bus trips with car trips through ride-hailing apps, as well as the extra miles Uber and Lyft drivers must travel between trips and to pick up passengers.

For that reason, replacing a gas-powered ride-hailing vehicle with an electric one yields three times as many emissions benefits as swapping the average person’s car, according to researchers at the University of California, Davis.

Companies could be fined under the state’s Clean Air Act if they don’t comply with the new regulations.

Ride-hailing companies are supporting the bill, saying it would apply pressure across the industry to reduce emissions.

Caleb Weaver, a lobbyist for Uber, said the company is fully committed to moving to all-electric vehicles by 2040, as it publicly announced in September.

But, he said, a little extra prodding doesn’t hurt.

“The public accountability, this data transparency ... there is no doubt that is a forcing function for everybody in the industry to meet their goals,” Weaver said during a public hearing last month.

Lyft, meanwhile, is planning to move to 100% electric vehicles even earlier, by 2030, the company announced last year.

Drivers generally support the industry’s efforts to reduce emissions, “as long as the cost of the transition isn’t on the backs of low wage, immigrant drivers,” said Ahmed Mahamud, a leader in the Drivers Union, which includes Lyft and Uber drivers in Seattle.

Already, most drivers locally have invested in hybrid vehicles, he said. “Our drivers care about having fuel efficiency, and are doing our parts,” Mahamud said.

Buying fully electric cars, however, is outside of most drivers’ price range, he said.

Uber has committed to spending $800 million to help drivers switch to electric vehicles.

Yet the needs of drivers may go beyond purchasing new cars. Finding charging stations for electric vehicles could also be difficult, since most drivers live in apartments that lack charging infrastructure, Mahumud said.

“That is another issue that drivers will face — there needs to be a plan for it,” Mahamud said.

An amendment added to the bill this week calls for two studies of how the measure affects drivers after it is implemented.

The bill itself doesn’t include money for electric-vehicle charging stations, but the new state budget that legislative leaders are developing could spend more to add charging stations around Washington state. Two years ago, legislators approved $1.8 million in the state capital budget to build more charging stations.

The bill to cut ride-hailing emissions passed out of the House Environment and Energy Committee on Tuesday. All Republicans on the committee opposed the measure, with some saying they worried it would be hard on drivers and possibly increase prices for customers of ride-hailing companies.

“What about the cost on passengers?” asked state Rep. Peter Abbarno, R-Centralia.  “... I just think we need to do more work on how it is going to impact low-income communities like mine.”

In a letter to legislators, Lyft said it supports the measure, but recommended that legislators add incentives to encourage the switch to electric vehicles and make it easier for drivers.

The bill wouldn’t directly regulate emissions from food delivery vehicles. Instead, it calls for the Ecology Department to study that issue and submit a report by Dec. 1, 2022 on how to reduce greenhouse gas emissions from deliveries.

The measure still needs to clear a House budgetary committee and receive floor votes in the House and Senate before it could head to the governor’s desk to become law.

Last year, a similar bill passed the House but died in a Senate committee.

That’s partly because legislators are in a longer session — 105 days instead of 60 — that gives them more time to debate bills and pass them, the Lynnwood Democrat wrote in a text message Thursday.

A bigger factor, however, may be Democratic lawmakers’ sentiment that climate change needs to be addressed sooner rather than later, he wrote.

Democrats, who control the state House and state Senate, have made combating climate change one of their top priorities this year, while Democratic Gov. Jay Inslee has been focused on the issue for many years.