On the day 2 million more Washingtonians became eligible for the COVID vaccine, Gov. Jay Inslee announced every adult will be able to get in line for a shot well ahead of President Biden’s May 1 deadline. 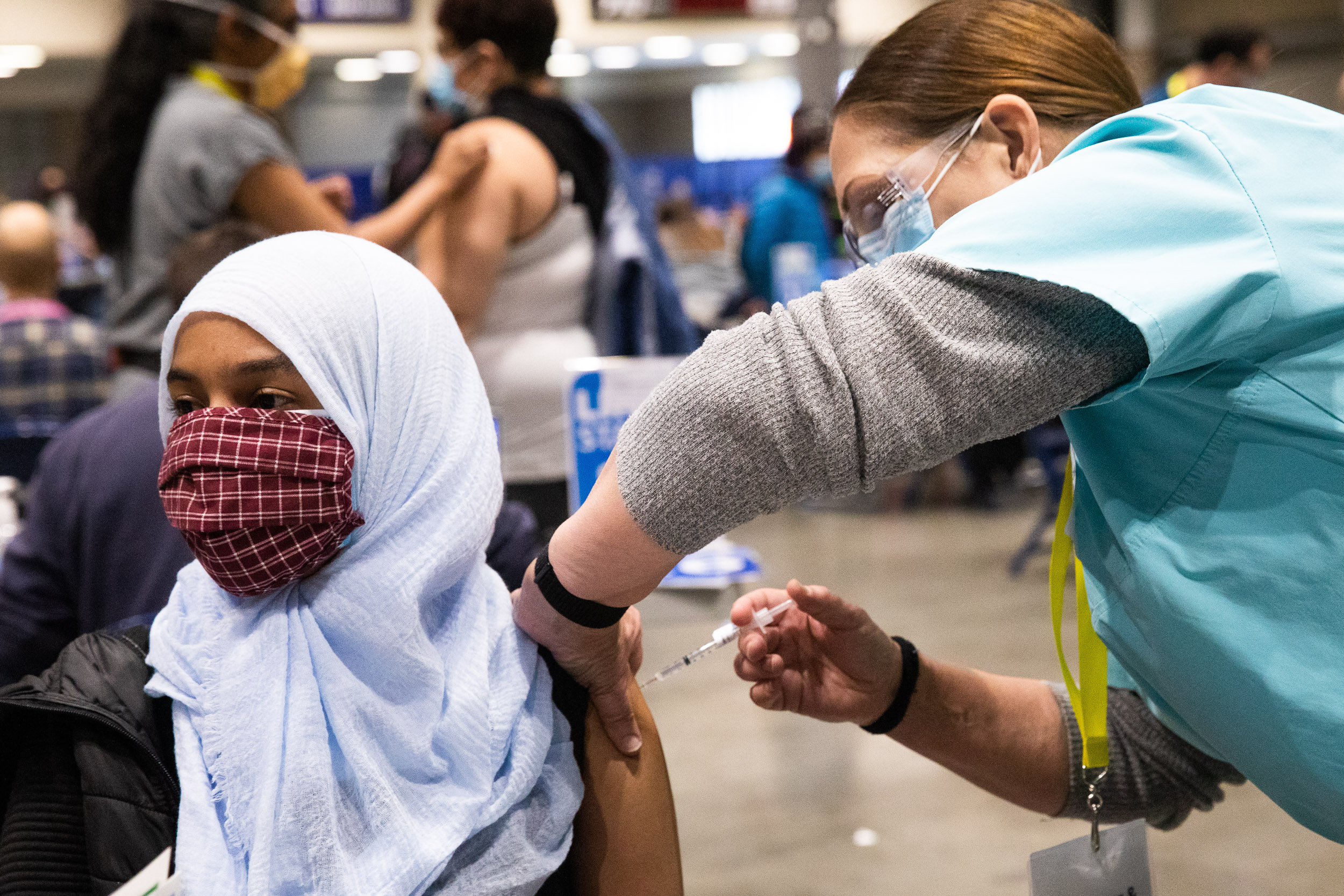 All Washington adults who want a COVID-19 vaccine will be able to get in line on April 15, two weeks before President Joe Biden’s deadline for states to make vaccines available to all.

In announcing the expansion Wednesday afternoon, Gov. Jay Inslee said the federal government has promised to ramp up vaccine supplies to meet an expected increase in demand. Washington is a few steps behind about a dozen states in offering vaccines for all adults, which means everyone age 16 or older. But Washington has been quickly ramping up availability over the past month.

He made the announcement on the day 2 million more people became eligible to sign up for a COVID vaccine in Washington. The April 15 date when vaccines will be available to all adults will mark exactly four months since the state began vaccinating people on Dec. 15. The first shots went to medical personnel and nursing home residents.

On March 31, restaurant and construction workers, those 60 to 64 years old, people experiencing homelessness and those who have health problems that make them more likely to die from COVID-19 joined the list of people eligible for the vaccine in Washington state.

That addition meant about 5 million Washington adults were eligible to seek a coronavirus vaccine, leaving about a million more people waiting to become eligible, as they will be on April 15.

Other states have pushed ahead faster. But while those states may have opened vaccine availability to all before Washington, the process of getting shots into arms has not really proceeded much faster in most other states, except for a few, like Alaska.

The Washington Department of Health reports about 3.3 million doses of the vaccine have been administered in Washington state, with nearly 54,000 shots each day. But both the governor and Washington Heath Secretary Dr. Umair A. Shah expressed concern that too many people 65 or older have yet to get vaccinated.

"We have tens of thousands of people who have not had a vaccine and are really living in the danger zone right now," Inslee said during a news conference Wednesday afternoon. "I'm calling on all of us to help these folks."

He said everyone should encourage their parents, grandparents, aunts, uncles and neighbors to get the vaccine and offer to help them make an appointment. About 330,000 Washingtonians 65 or older have not yet been vaccinated.

Washington has two ways to help people sign up for a vaccine: a multilingual telephone hotline at 800-525-0127 or through the state's vaccine locator tool.

The Centers for Disease Control and Prevention reports 150 million vaccines have been administered across the nation, and nearly 55 million people are fully vaccinated out of the U.S. population of 331 million. That overall population number includes children under 16, who are not yet approved to get the vaccine.

The CDC also reports that new cases of COVID-19 have been on a downward trend for the past 10 weeks nationwide, but there have been some concerning upticks over the past few weeks. On March 24, the CDC tracked a 6.7% increase in the seven-day average number of daily cases, as compared with the previous week.

Washington state has seen more than 360,000 probable cases of the virus, with 5,237 deaths reported. Case counts have been on a downward trend in this state since January, as have deaths, but the numbers have started to level off and move upward in the past few weeks.

"This pandemic is not over until it is over," Health Secretary Shah said, adding that Washingtonians' collective efforts have saved an estimated 7,000 to 15,000 lives by wearing masks and not participating in gatherings. "We're going to be in a much better place in the summer and early fall if we continue to not let our guard down."

Shah admonished people to be "emotionally together, yet physically apart" for Passover, Easter, Ramadan and for watching the NCAA Final Four college basketball tournament and celebrating afterward.

Adds details and quotes throughout.