The tech giant says it fully supports the contentious measure. Could this tip the scales in the Legislature? 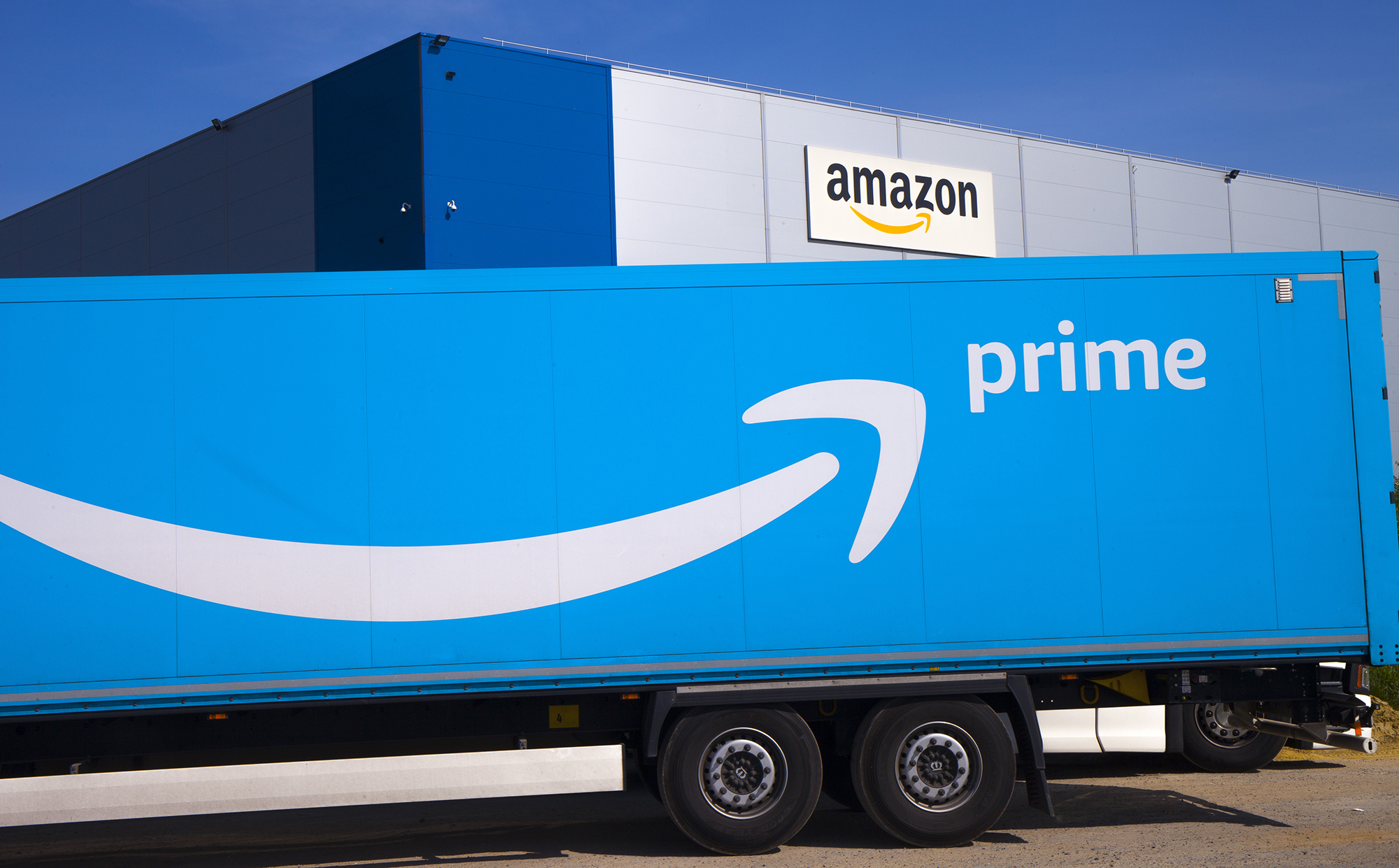 Amazon entered the debate over greenhouse gas emissions from gasoline and diesel on March 8, 2021, when it delivered a letter to the Washington Gov. Jay Inslee to express support for a clean fuel standard in the state. (Michel Spingler/AP)

Amazon is embracing the adoption of a low-carbon fuel standard in Washington state, telling Gov. Jay Inslee that the plan would be “a cost-effective strategy” to help reduce greenhouse gas emissions.

On Monday, the tech giant sent a letter to Inslee declaring its support of House Bill 1091, which would require makers of gasoline and diesel to reduce the greenhouse gas emissions associated with their products.

Backers of the clean fuels measure said the show of support from the state’s largest employer could deflate opponents’ arguments that the policy would damage the state’s economy.

“Climate change is real, serious, and actions like these are needed from the public and private sectors,” wrote Kara Hurst, Amazon’s vice president for worldwide sustainability, in the March 8 letter to Inslee’s office.

This is the third year in a row that Inslee, a Democrat in his third term, has sought to pass the clean fuels measure. But it is the first time Amazon has publicly declared its support of the policy.

HB 1091 would require that fuel producers and importers reduce the greenhouse gas emissions attributable to each unit of transportation fuel, a measure known as “carbon intensity.” Carbon intensity includes not only the emissions associated with burning fuels, but also the emissions created in extracting and transporting them. Under the bill, fuels’ carbon intensity would have to decline over time, dropping by at least 20% by 2035.

This is a relatively new approach to cutting carbon emissions, so the exact cost and potential impact of the proposal are still unknown. But California and Oregon have similar systems.

In Oregon, state officials estimated that the low-carbon fuel standard resulted in, at most, a 2.6 cents per gallon increase in the price of gasoline in 2019, the program's fourth year. That number, however, assumes that companies will comply solely by buying credits, which officials say is the most expensive option. Companies could also comply by making their own alternative fuels, mixing alternative fuels into their gasoline or reducing emissions at their refineries, which officials say can lower the cost of compliance.

The state’s largest business lobby group, the Association of Washington Business, continues to oppose the measure, saying it would increase the cost of fuel, citing the maximum cost estimates that have come out of California and Oregon. The business group notes Oregon is still in the early years of its program, meaning gas prices there could increase more significantly in the future.

But state Sen. Reuven Carlyle, D-Seattle, said the letter from Amazon pokes holes in arguments that adopting a low-carbon fuel standard will dramatically increase costs for businesses in Washington state.

“There isn’t a company on this particular planet that is more cost sensitive than Amazon on global supply chain … so I just don’t believe they would do it if they couldn’t make it work financially and fit it into their climate and transportation strategy for business,” Carlyle wrote in a text message Tuesday.

The measure has a hearing scheduled Wednesday before the Senate Environment, Energy & Technology Committee, which Carlyle chairs.

In Amazon’s letter to Inslee, Hurst wrote that the measure could help companies transition to lower carbon vehicles and fuels, something that Amazon is doing as part of its pledge to reach net zero carbon emissions by 2040.  “We believe the LCFS is a cost-effective strategy to accelerate the transition to lower carbon vehicles and fuels for consumers and companies,” Hurst wrote, using an abbreviation for low-carbon fuel standard.

Transportation is the company’s largest source of emissions, an Amazon spokesperson wrote in an email Tuesday. The same is true across Washington state. The Amazon spokesperson said the low-carbon fuel standard would spur the production of clean fuels by offering credits to those who produce them. Those credits could then be sold on the market, generating proceeds that could be used “to offer better pricing to consumers,” the spokesperson wrote.

More businesses have been supporting the measure of late, which could signal the policy’s chances of passing the Legislature this year are greater than in the past. State Rep. Joe Fitzgibbon, a Seattle Democrat who chairs the House Environment and Energy Committee, said Puget Sound Energy has also added its support in the past year.

Fitzgibbon and the governor’s office said Microsoft has also signaled its support. The company wouldn’t confirm its position on the measure, saying only that it was following it closely and may have more to say in the future.

Still, obstacles remain — not just from other businesses and fossil fuel industry groups, but also from some members of the Legislature.

For the past two years, the clean fuel standard has passed the state House but failed to advance in the state Senate. That’s partly because state Sen. Steve Hobbs, who chairs the Senate Transportation Committee, is not a fan of the policy.

Hobbs, D-Lake Stevens, said his view hasn’t changed: He would prefer to pass an environmental measure that cuts emissions while simultaneously raising money for state transportation projects. He’s more supportive of a cap-and- trade measure proposed by Inslee and Carlyle, which he said would accomplish both goals and could underwrite a new transportation spending package.

Carlyle, however, says the policies can — and should — be enacted together.

Republicans, too, have spoken out against the clean fuels measure, saying it would increase costs for consumers and wouldn’t do enough to reduce emissions. But with Democrats controlling the state House, the state Senate and the governor’s mansion, GOP opposition isn’t likely to decide the bill’s fate.

The Legislature is in the middle of a 105-day session that is scheduled to adjourn in late April, giving them several more weeks to negotiate over the low-carbon fuel standard and debate how it might interact with a transportation package and other measures to reduce emissions.

This story has been updated to include more information on Microsoft’s position on the clean-fuels measure.