Critics say money went to untested and unproven technology. Meanwhile, public agencies say it now will be harder for them to access broadband funding. 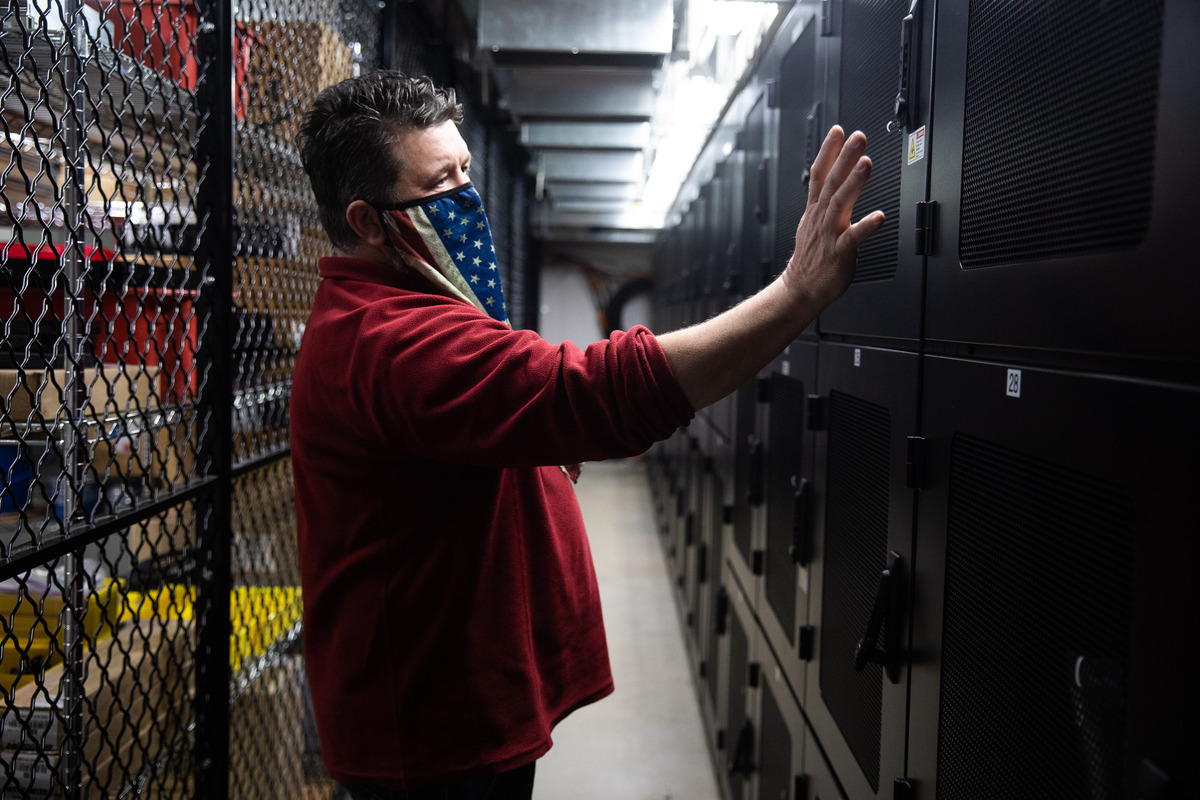 Michael Moore, an IT Construction Coordinator, is seen at a colocation data center at Grays Harbor Public Utility District's headquarters in Aberdeen, Washington on March 4, 2021. The Grays Harbor PUD is one of many public entities looking to expand broadband internet access in its service area. (Matt M. McKnight/Crosscut)

You might think Russ Elliott would be pleased about private companies winning $223 million in federal subsidies to expand broadband in rural Washington state. Instead, Elliott — the director of the state’s broadband office — is frustrated.

He’s under direction from Washington’s Legislature to bring the entire state up to superfast internet speeds by 2028. Yet in December, the federal government announced plans to award hundreds of millions of dollars to companies Elliott is afraid won't meet the state’s standards.

One of those companies is SpaceX, whose satellite internet service Elliott says has yet to prove capable of meeting the state’s 2028 internet speed goals. The space exploration company is in line to receive $80.4 million to expand rural broadband in Washington state, out of about $886 million in federal broadband subsidies the company is expected to receive nationwide.

For Elliott, the awards to private-sector companies such as SpaceX and CenturyLink pose another problem as well. In the geographic areas where those companies received federal awards, public agencies like his will have a harder time getting federal funding to improve broadband connectivity any further.

In effect, Elliott said, his office will be limited in what it can do to close any service gaps the private companies leave behind.

Other state and local officials have run into similar problems.

Chris Tamarin, a telecommunications specialist in Oregon’s Business Development Department, explained it this way: Once a company receives a federal award to provide broadband service anywhere in a certain census block, the Federal Communications Commission lists the entire census block as being served by broadband — even if only a fraction of homes in that area actually have access to high-speed internet.

That leaves many local utilities locked out of federal funding opportunities based on inaccurate data, said Tamarin, whose agency includes the Oregon Broadband Office.

“You can see the sense of not wanting to provide duplicate funding for a service area,” Tamarin said. “But here are these unintended consequences.”

This issue is not new. But it is coming to a head now because of the focus the pandemic has put on unequal access to the internet, and the need for more federal and state money to erase those inequities.

FCC officials say they’re working on fixing some of the issues state and local leaders have described. Progress, however, will take time — and state and local officials worry changes won’t happen fast enough for them to benefit from the historic federal infrastructure measures they expect to be finalized in the coming months.

SpaceX and CenturyLink did not respond to messages asking for comment. 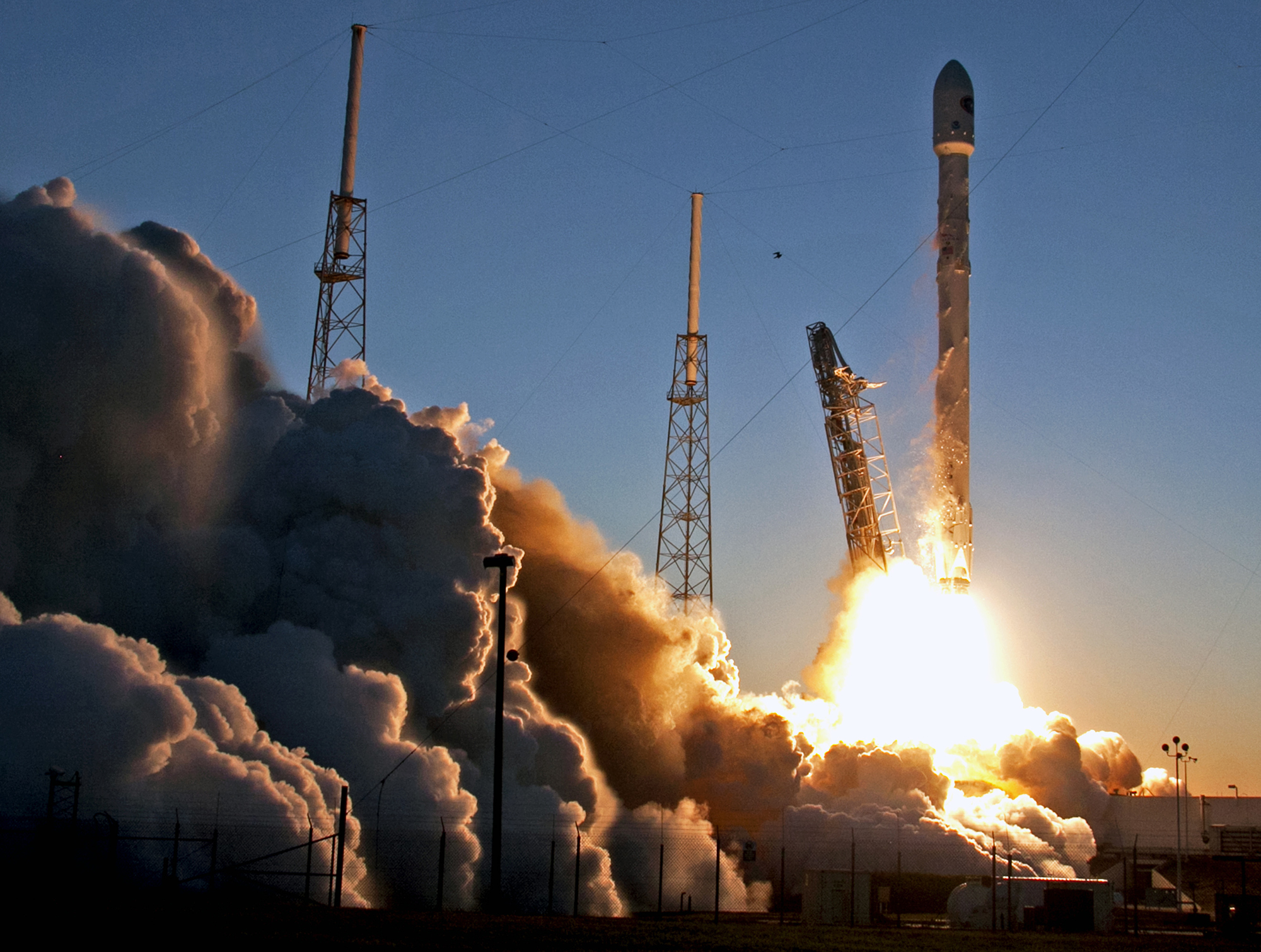 The inaccuracy of the FCC’s broadband maps has been an issue for years. Rob Hanny of the Grays Harbor Public Utility District in Western Washington can tell you all about it.

In Porter, an unincorporated community off Highway 12 in Grays Harbor County, people have to drive in to town so their children can connect to the internet to do homework or log in to online classes. Some nearby residents have to drive from their homes to the highway just to send a text message, said Hanny, the public utility district’s core services director.

Yet if you look at the FCC’s broadband maps, the area looks fairly well connected — mainly because Comcast provides high-speed service in part of Oakville, one of the larger communities there.

Not far from the center of Oakville, however, service drops off. Hanny said the area is too sparsely populated for private companies to make a profit by running fiber optic cable out there.

The Grays Harbor PUD is exploring a plan to provide fiber optic and wireless internet connections throughout the whole area, which includes the unincorporated communities of South Elma and Malone. But the FCC’s contention that the area is already served makes Hanny think his agency is unlikely to win federal money to complete the project, unless federal eligibility standards change.

The latest round of federal awards adds yet another wrinkle. Both CenturyLink and SpaceX are slated to receive 10-year subsidies to provide broadband to some of the area’s residents, but not to everyone.

Hanny said the new awards make it even less likely his utility will be able to get federal funding to connect people who lack functional internet access, but who aren’t in the areas SpaceX and CenturyLink plan to serve.

“They’re going to look at SpaceX, for example, and say, ‘This area is already covered — so why are you overbuilding?’” Hanny said. 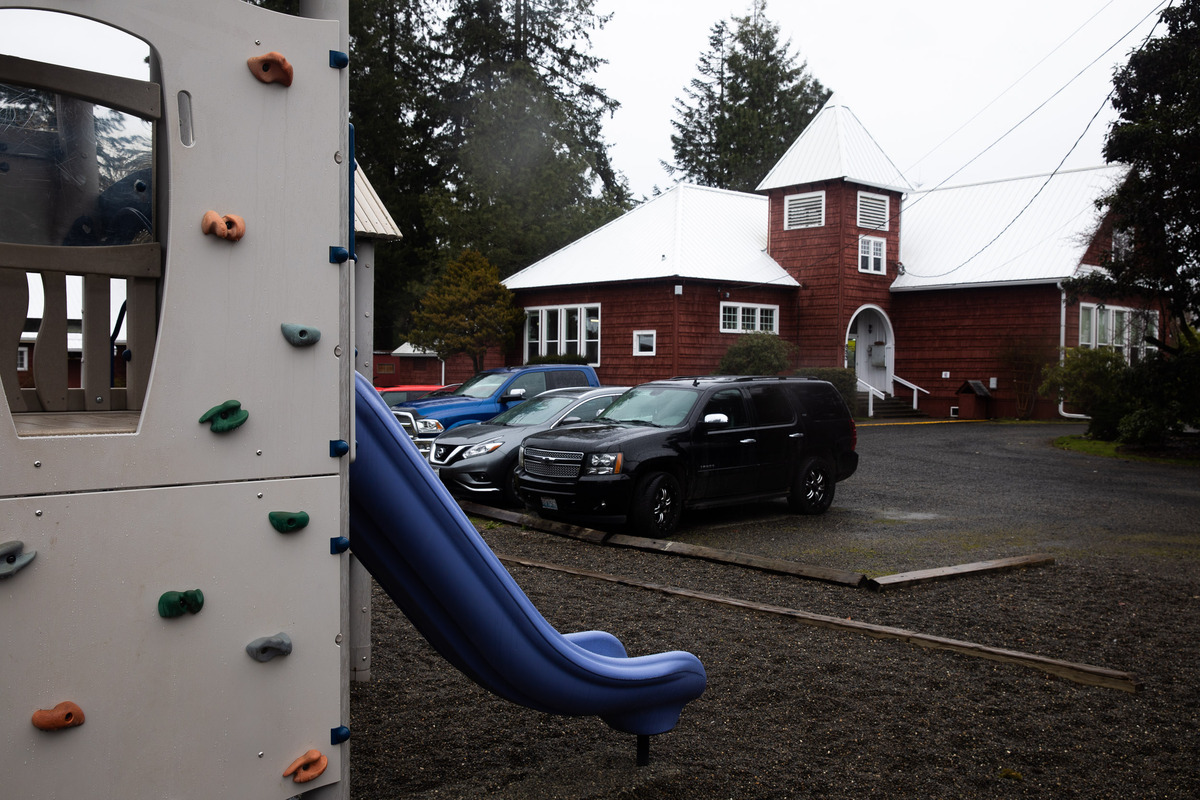 A wireless internet hotspot has been placed at Satsop Elementary School in Satsop, Washington, where people in the rural community can visit for reliable internet. The HomeworkHub network signal that it broadcasts is designated in various places throughout the county as a place where students and families without reliable internet can visit for a connection. (Matt M. McKnight/Crosscut)

A wireless internet hotspot has been placed at Satsop Elementary School in Satsop, Washington, where people in the rural community can visit for reliable internet. The HomeworkHub network signal that it broadcasts is designated in various places throughout the county as a place where students and families without reliable internet can visit for a connection. (Matt M. McKnight/Crosscut)

A small utility in Oregon, the Coos-Curry Electric Cooperative, recently found itself in a similar position. A few years ago, Viasat — another satellite internet provider — received FCC funding to provide broadband to certain addresses in the electric co-op’s service area, which is along the Oregon coast.

Because of that award to Viasat, the co-op wasn’t able to get the full funding it sought to launch its new public broadband network, Beacon Broadband, which plans to connect every home in the area to high-speed broadband via fiber optic cable.

Paul Recanzone, Beacon Broadband’s general manager, said broadband supplied over fiber is much faster and more reliable than Viasat’s satellite internet, which can be disrupted by bad weather or obstacles like mountains and trees. He wishes the FCC took a closer look at those sorts of things when doling out funding.

“Deference should be given to Coos-Curry and other small cooperatives around the country who are stepping up and filling the holes,” Recanzone said. “Whereas, the large, multistate organizations don’t see the holes.”

Viasat didn’t respond to an email asking for comment.

The Coos-Curry electric co-op is pressing forward with its broadband plan. But receiving $10 million less than it hoped for in federal funding could make the operation more difficult to sustain financially, Recanzone said.

Then there’s the issue of whether the national companies will follow through on their commitments. Hanny of the Grays Harbor PUD has his doubts about CenturyLink, which he said received a federal award a few years ago to expand broadband in the Satsop River Valley. Recently, he said, company representatives told him they don’t plan to connect all the homes in that area, despite receiving the federal award to do so. 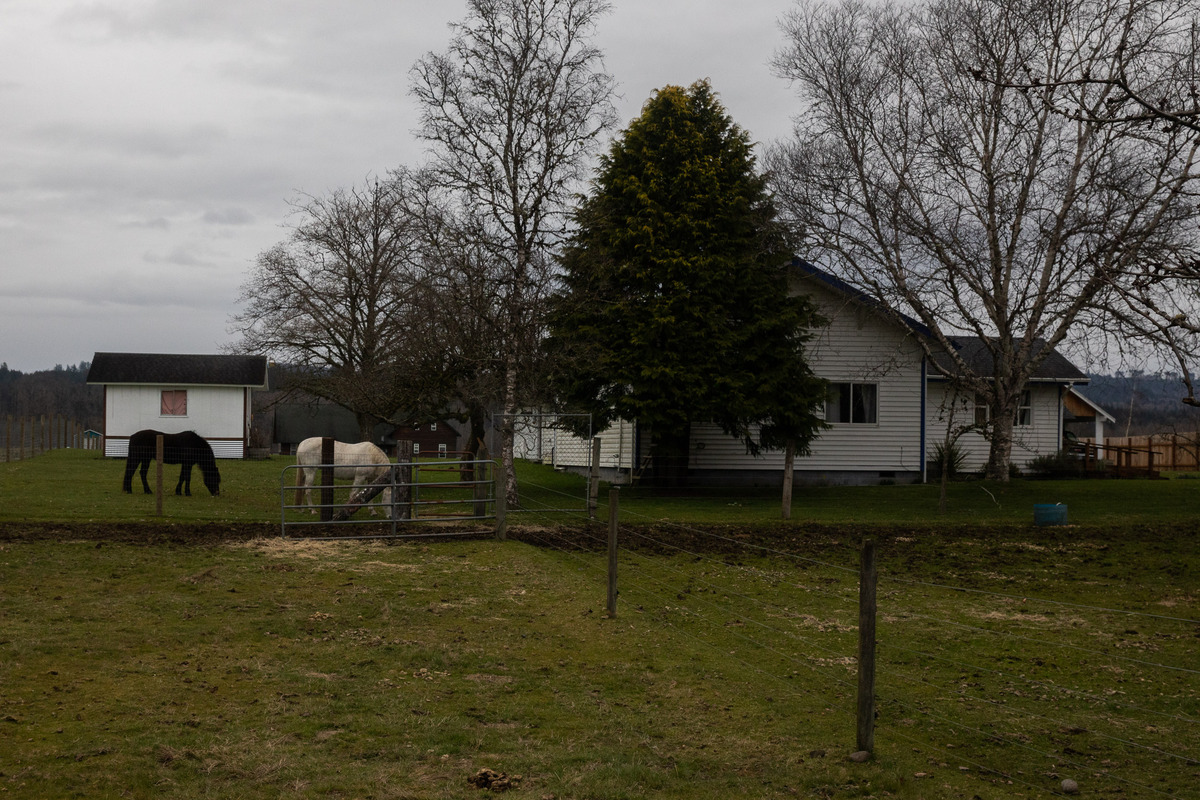 Last year, CenturyLink notified the FCC that its work was behind schedule in 23 states where it had accepted federal money to expand broadband. Washington was one of them.
The company, which recently rebranded itself as Lumen, told the FCC that it was committed to meeting its obligations to build the infrastructure it had promised.

As of January 2020, however, the company had met interim buildout deadlines in fewer than a third of the states where it had accepted federal money.

SpaceX has not received prior federal subsidies to supply rural broadband. The company's website says its satellite internet program is in the beta stage right now, meaning it is still in the final phases of development and testing.

Elliott, Washington state's broadband director, thinks SpaceX’s satellites can play a role in providing service to certain people who fiber optic cable has yet to reach. Yet because the technology is so new, he said it’s completely unknown how it will function when it’s deployed on a larger scale.

He anticipates problems once more satellites are sent into the skies.

“We're banking on technology that isn't fully vetted,” Elliott said. “...We’re in the sandbox of learning.” 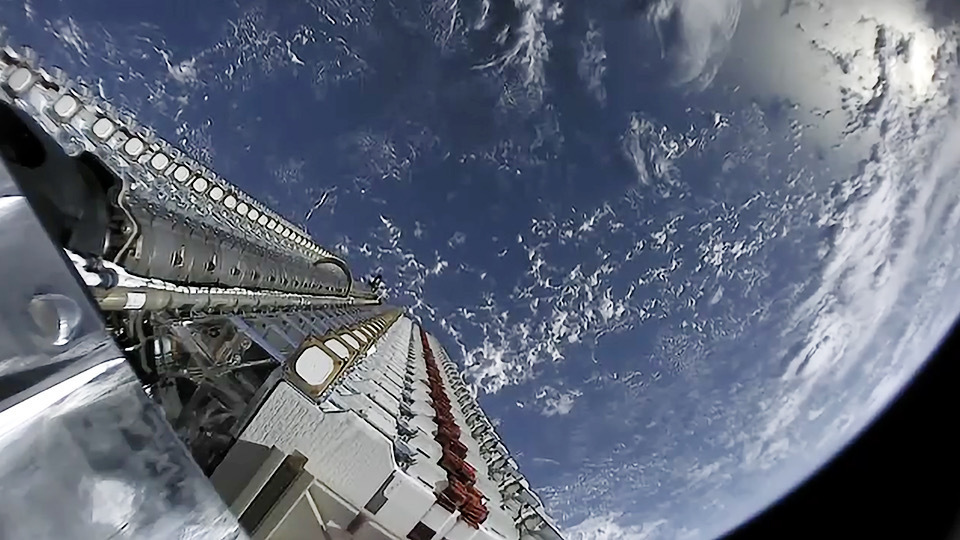 In mid-January, more than 150 members of Congress wrote to the FCC, urging the agency to carefully scrutinize the companies that are set to receive federal broadband subsidies.

In a letter to then-Chairman Ajit Pai, the bipartisan group of legislators said the FCC must ensure the companies can deliver what they’re promising, without mentioning any companies by name.

“Without proper due diligence today, we fear that we will not know whether funds were improperly spent for years to come,” read the letter, whose signatories included U.S. Rep. Jim Clyburn, D-South Carolina, Sen. Amy Klobuchar, D-Minnesota, and Rep. Tim Walberg, R-Michigan.

A day after that letter was sent, a new administration took office in Washington, D.C., which also brought new leadership to the FCC.

The agency’s new acting chairwoman, Jessica Rosenworcel, had previously expressed concern about going forward with last fall’s auction to distribute rural broadband subsidies. Last February, while serving as an FCC commissioner, Rosenworcel argued the agency should wait to award the money until it could improve its maps, which would provide better data about where broadband improvements are most needed.

Otherwise, Rosenworcel warned, the broadband subsidy program would become “more publicity stunt than policy.” She noted that bad broadband maps could force some areas to wait 10 more years before they could get further assistance.

One of those was launching a new Broadband Data Task Force, which Perez said is “dedicated to making long-overdue improvements to the agency’s broadband data and mapping.”

The agency is also taking a careful look at winning bidders from the fall auction and won’t be sending out money until that review is finished.

Even so, Elliott, the director of the Washington State Broadband Office, remains skeptical that things will improve in a timely manner, when right now time is of the essence. He maintains that the FCC’s auction process rewards the cheapest broadband options, rather than the best, a pattern he’s worried will repeat itself.

“I'm trying to get this state hooked up on future-proof, scalable infrastructure, so we don't have to have this conversation again for another 30 years,” Elliott said. “Unfortunately, when they award the satellite companies, it has a tremendous impact on that.”