The organization says more family planning clinics will have to close if the state Legislature doesn’t act. 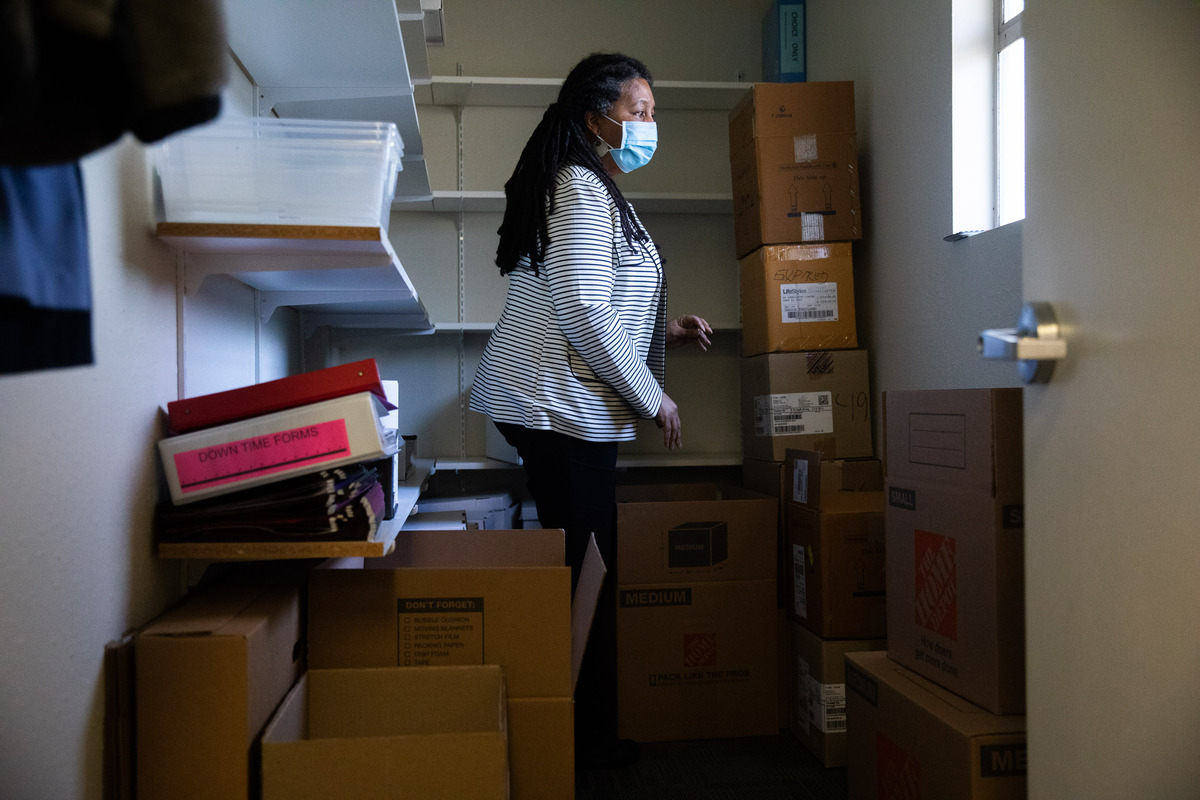 Sharon Dudash, vice president of patient services at Plaanned Parenthood in Kent, is seen amid boxes on March 10, 2021, as the clinic prepares to move out after shutting down recently. Planned Parenthood of the greater Northwest region has been facing financial struggles compounded by the COVID-19 pandemic and has been forced to close three locations in the region. (Matt M. McKnight/Crosscut)

“We are a little sad,” said Dudash, the vice president of patient services of Planned Parenthood of the Great Northwest and the Hawaiian Islands.

Like many other businesses and nonprofits, Planned Parenthood has been hurt by the pandemic. But leaders say there’s something else that has also affected their bottom line: Washington state’s low Medicaid reimbursement rates.

The organization’s local affiliate said the state simply doesn’t pay enough to cover the actual costs of providing family planning and reproductive health services to Medicaid patients, who make up about 40% of its patient base.

Other clinics have felt the strain, too. Cedar River Clinics, which offers abortions and other family planning services throughout the Puget Sound region, said that last year, its three clinics subsidized services for Medicaid patients to the tune of $604,000. The nonprofit’s total annual budget is about $4 million, a spokesperson said.

Both organizations are hoping the Legislature will take action in the coming weeks to increase the state’s Medicaid reimbursement rates for family planning services. If lawmakers do not do so, Planned Parenthood said as many as six of its other clinics across the state are at risk of closure.

Rebecca Gibron, the chief operating officer of Planned Parenthood of the Great Northwest and the Hawaiian Islands, said the financial problem has been building for years due to inadequate reimbursement rates, but the pandemic pushed the organization over the edge.  “This is the last place we wanted to go, to have to close health centers — but here we are,” Gibron said. “We’ve been asking for these increases for years, and we’ve just hit our breaking point.”

In addition to the Planned Parenthood health center in Kent, the organization recently closed locations in Shelton and on Seattle’s First Hill.

Dudash said many of the people who relied on the health center in Kent also will have difficulty getting to another center. Many of the Kent center’s former patients in south King County are Black, Indigenous or people of color, she said.

A good number also are lower income and rely on public transit, which means even a few extra miles can make for a much longer and more inconvenient trip, said Dr. Erin Berry, Washington state’s medical director and director of clinical research with Planned Parenthood of the Great Northwest and the Hawaiian Islands.

Berry recounted a story of a recent patient who had limited English proficiency and didn’t drive, who was panicked and worried she would have to go to the emergency room. That patient instead was able to get an evaluation at the Kent center that was closer to her, Berry said.

Now that the Kent center is closed, that same person would have had to go farther and potentially delay their treatment, Berry said. “And that would have been serious, because when she came in, we were like, OK, you need this now,” Berry said. 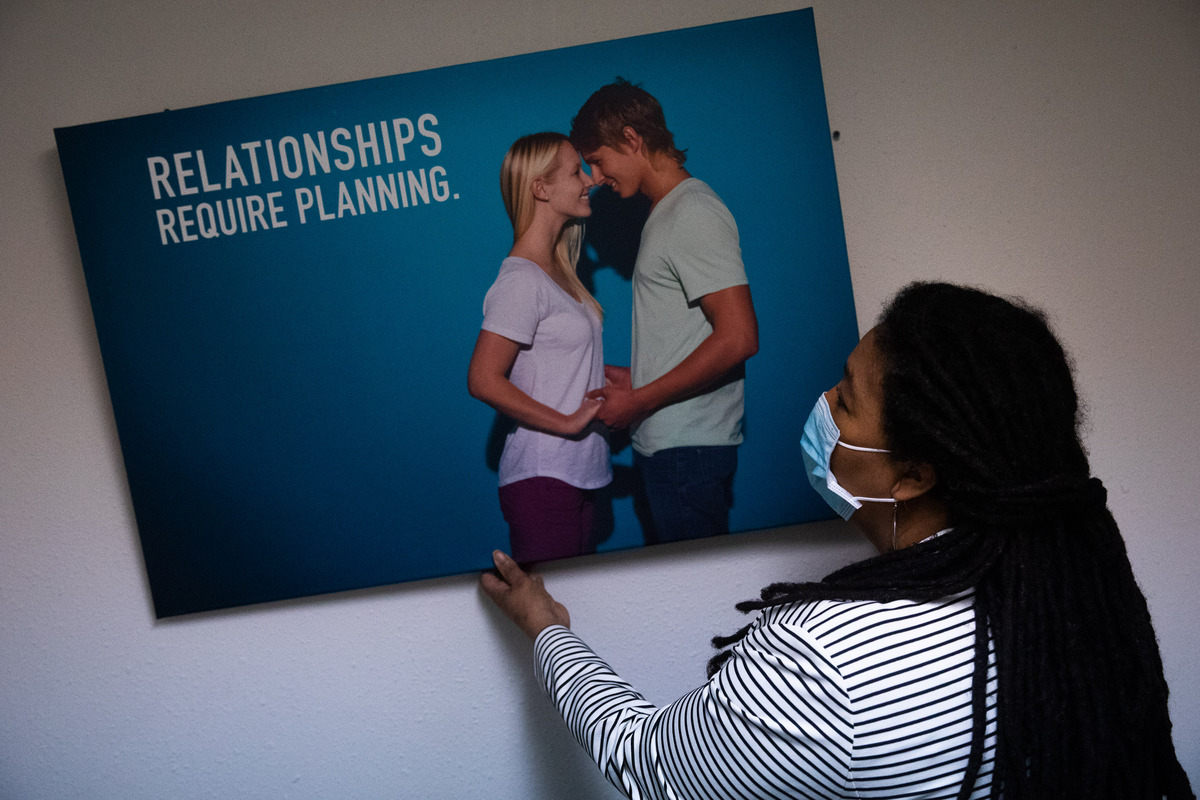 Sharon Dudash pulls a marketing photograph from a wall at Planned Parenthood in Kent on March 10, 2021. Planned Parenthood of the greater Northwest region has been facing financial struggles compounded by the COVID-19 pandemic. (Matt M. McKnight/Crosscut)

Sharon Dudash pulls a marketing photograph from a wall at Planned Parenthood in Kent on March 10, 2021. Planned Parenthood of the greater Northwest region has been facing financial struggles compounded by the COVID-19 pandemic. (Matt M. McKnight/Crosscut)

Low Medicaid reimbursement rates have been a problem across the health care system for some time. But those pushing for a rate increase for family planning services say reproductive health care providers like Planned Parenthood are in especially dire straits right now because they weren’t eligible for some of the federal pandemic relief dollars that other health care providers could apply for in 2020.

Inslee’s plan would raise reimbursement rates for common family planning services by 162%. Doing so would cost the state $5.2 million over two years, which would be matched with $10.9 million in federal funds. Federal rules still prohibit the federal portion of that money from paying for abortions.

“We really wanted to make sure there weren’t negative health impacts of unintended pregnancies during the pandemic,” Voris said of the governor’s plan, which was released in December. “That is something that was really concerning for him.”

Another factor, Voris said, is how family planning reimbursement rates in Washington state have been stagnant for so many years. The reimbursement rates for some services, in fact, are lower right now than they were in 2010, according to figures provided by the Washington State Health Care Authority. That’s true for annual family planning visits, as well as routine health screening exams.

Washington’s rates for common family planning services are also significantly lower than the rates in Idaho and Oregon.

As a result, Planned Parenthood officials estimate they lose $167, on average, for every Medicaid patient they serve in Washington state. If the rate increase Inslee proposed goes through, the organization will still lose money on Medicaid patients — but the loss will amount to an average of only $65 per patient, according to the group’s estimates.

Because of the pandemic, fewer patients visited Planned Parenthood health centers in Washington in 2020, making it harder for the organization to cover the costs the state doesn’t pick up, Gibron said. 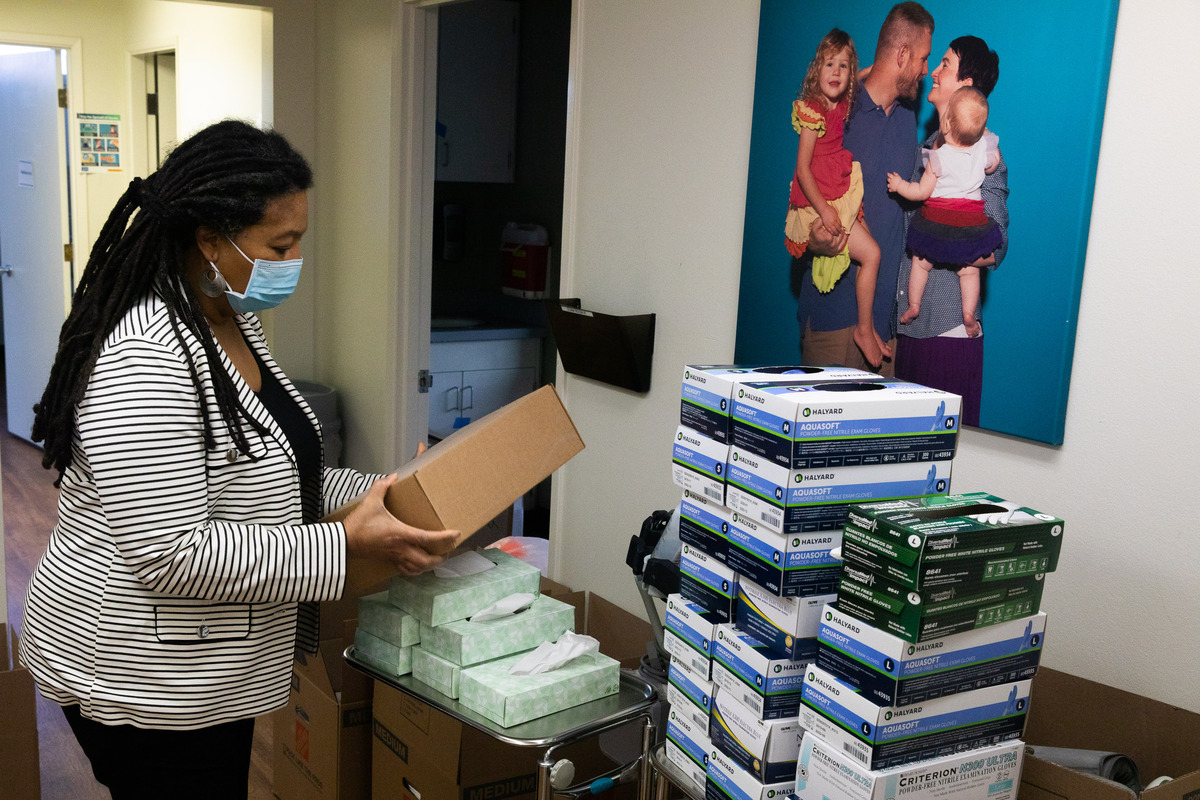 Sharon Dudash is seen amid boxes at Planned Parenthood in Kent on March 10, 2021, as the clinic prepares to move out. (Matt M. McKnight/Crosscut)

Sharon Dudash is seen amid boxes at Planned Parenthood in Kent on March 10, 2021, as the clinic prepares to move out. (Matt M. McKnight/Crosscut)

She said the pattern in the Legislature is to adjust Medicaid rates only when there is some sort of crisis, such as a loss of providers that cuts access to certain services in broad areas of the state.

She said the recent closures of the Planned Parenthood health centers show that money for family planning services has reached that kind of crisis point.

Macri added that the state stands to incur significantly higher health care costs if Medicaid patients carry unwanted pregnancies to term, or if they miss screenings for cancer and sexually transmitted diseases.

Legislators in both the House and Senate said they are looking to find a way to pay for the family planning rate increase this year. As always, however, there are competing demands for resources.

Republican lawmakers recently proposed their own budgets, which didn’t include the increase for family planning services. Those budgets, sponsored by state Sen. Lynda Wilson of Vancouver and state Rep. Drew Stokesbary of Auburn, focused instead on increasing payments for primary care and behavioral health providers.

Stokesbary said those health care providers have been making the case for years that they will have to shut down if their rates aren't increased. He said he hasn't seen data showing that family planning clinics face similar pressures, but is open to learning more.

Wilson, meanwhile, said she tried to limit the new spending in her budget, adding money only for well established needs.

“There are probably billions of dollars of additional spending in the Inslee budget that are not reflected in the Senate Republican budget,” Wilson wrote in an email.

The budgets proposed by the Democratic majority will likely dominate the debate in both houses.

“All three of those items are health care budget priorities for our state, to shore up the system and ensure better access to health care services for low-income Washingtonians,” Rolfes, D-Bainbridge Island, wrote in a text message.

State Rep. Eileen Cody, who chairs the House Health Care and Wellness Committee, said lawmakers are combing through the new, $1.9 trillion federal stimulus package to see what portions of that relief money could be used to help increase Medicaid reimbursement rates.

The Legislature is scheduled to conclude its 105-day session — including finalizing a new two-year state budget — in late April.