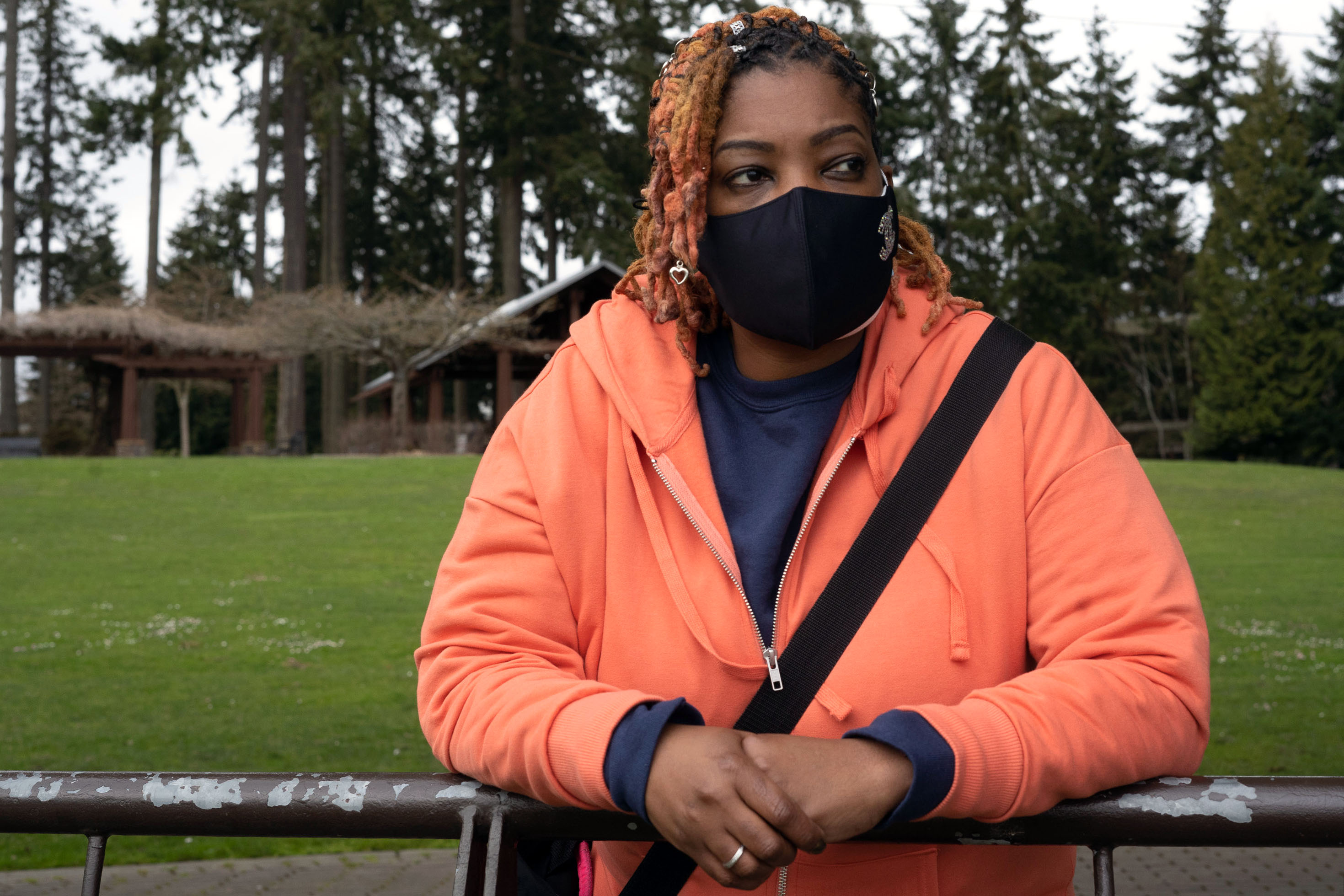 From 2014 to 2019, Michelle McClendon was without a driver’s license after she could not afford to pay a parking ticket she incurred while living out of her Toyota Camry. She also could not afford to be relicensed, so when public transit could not get McClendon to school, work or the grocery store, she would take a chance driving without a license.

She would pray on her way to work, asking in her words that “the universe be gracious” to her. Driving without a license in Washington state is a criminal offense punishable by 90 days in jail or up to a $1,000 fine,

“I was constantly in this cycle of survival,” McClendon said. “Survival means taking risks. I was willing to [drive without a license] to provide for my children.”

Although she has struggled to pay traffic tickets since 2005, McClendon said arrests for driving without a license in the third degree became nearly routine from 2015 to 2017.

She lost count of the number of times she was arrested in front of her children.

“It created this additional trauma for me,” McClendon said.

In and out of jail, making only $600 a month at some points as a work-study student at Highline College, McClendon would see the fines pile up. With the help of Civil Survival, a local advocacy group, McClendon created a plan to pay for a new license and her required driver’s safety courses, as well as begin chipping away at her debt.

Washington drivers have been convicted 860,000 times for driving without a license in the third degree from 1994 to 2015, adding up to more than 3.7 million jail days statewide, according to the American Civil Liberties Union of Washington.

Sen. Jesse Salomon, D-Shoreline, is working to turn that statistic around with a proposal to end debt-based license suspensions. On March 9, Senate Bill 5226 passed out of the Senate, but Salomon said the future of the bill is “unclear” in the House, with criticism from both sides of the aisle.

As a public defender for 14 years, Salomon said he has seen thousands of cases of debt-based license suspensions like McClendon’s. He believes it is more equitable to base a suspension on someone’s driving record, not their ability to pay a fine.

“We’re criminalizing folks for being poor,” McClendon said. “And that’s a shame.”

McClendon describes herself as a safe driver. Aside from a DUI she incurred from taking Ambien as directed, she said she was usually pulled over because her car’s windows are tinted above the allowable limit. According to McClendon, she bought the vehicle used and in that condition without knowing the laws related to window tint. She could not afford to change it.

A law passed in 2012 stopped the practice of suspending driver's licenses for non-moving violations. As state law stands, a license is suspended after six moving infractions in 12 months or seven in 24 months.

While ending debt-based suspensions, the bill would also take a stricter approach to moving violations, suspending licenses after three moving infractions in 12 months or four in 24 months. 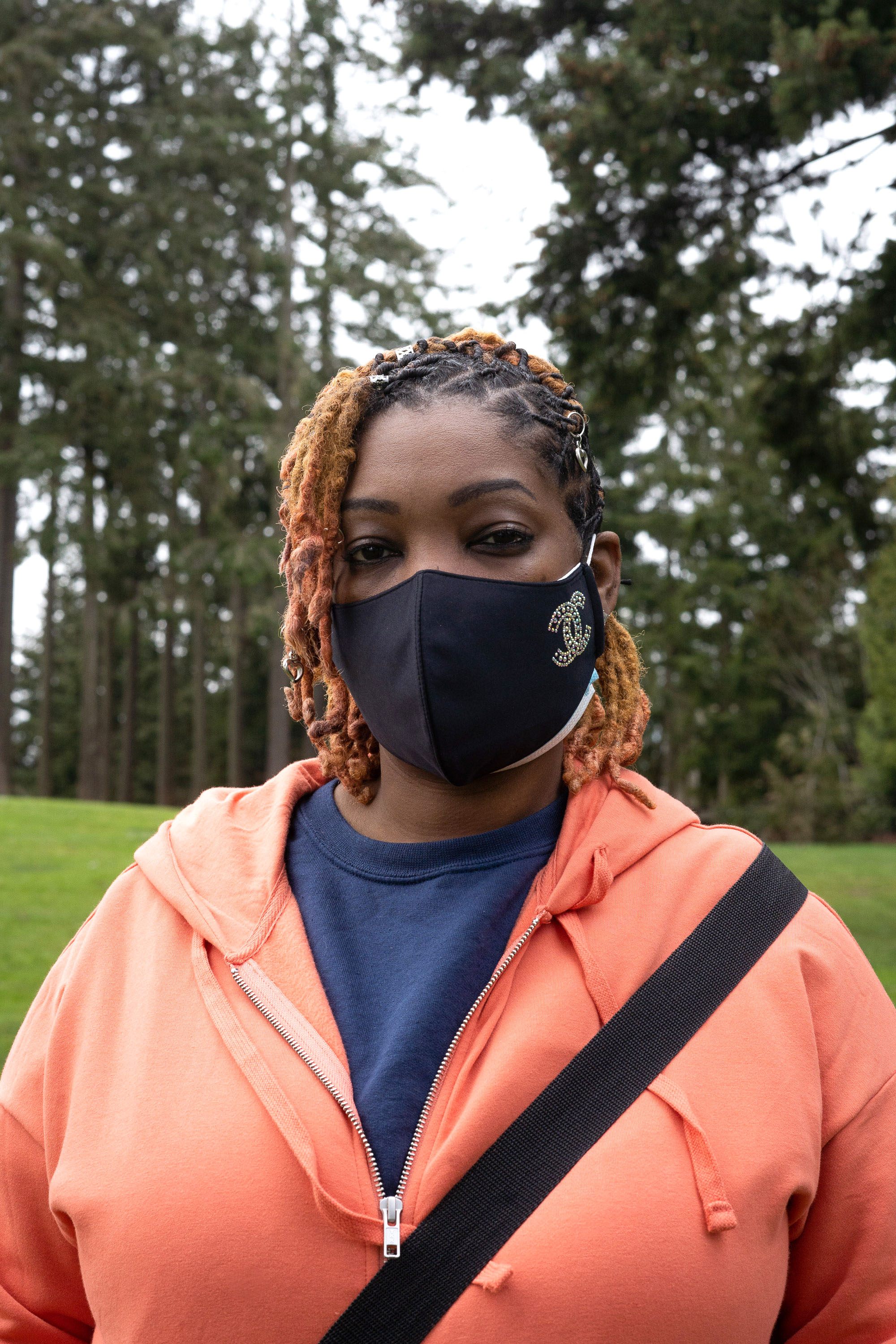 This policy was one of Salomon’s early pursuits when he assumed office with Senate Bill 6153 in 2020. The reason it failed? According to Salomon, money.

The 2020 bill would have cost the state an estimated $2.3 million over the following five years. To avoid that budgetary impact, the 2021 version adds $1 to the cost of driver’s licenses and $4 to moving violation fines.

What appeared to be a solution to Democrats proved to be an issue for some Republicans — namely lone Republican co-sponsor Sen. Ronald Muzzall, R-Oak Harbor.

As a believer in what he describes as “redemption, rather than retribution,” in the criminal justice system, Muzzall also worked on the issue of debt-based license suspensions in 2020.

But when it came time to vote on the 2021 version, after the bill had seen many amendments, Muzzall changed his mind on SB 5226.

“I signed on to this bill to welcome dialogue,” Muzzall said. “... In the end I couldn’t support it because it forces society to pay for someone else’s mistakes.”

Although Republican Caucus leaders Sen. John Braun, R-Centralia, and Sen. Ann Rivers, R-La Center, gave the bill bipartisan support, Muzzall and members of the Senate Freedom Caucus voted against the measure because of how it would spread the costs of the policy to more of the population.

Salomon counters this argument (“we socialize our roads,” he said, but he’s not upset that the Republican co-sponsor went back on initial support.

Muzzall favored a version of the bill presented by Sen. Annette Cleveland, D-Vancouver. Her proposal would instead reform the practice of debt-based suspensions by giving drivers what Salomon calls “a freebie” infraction before their license is taken away. According to Salomon, this change would “gut the intent of the bill.”

Going into caucus negotiations, Salomon feared the bill would see a repeat of 2020, when, he said, other lawmakers “stripped out [his] bill, but kept the title” by adopting a policy similar to Cleveland’s suggestion.

According to Salomon, the compromises over the years have been made for the proposal’s main adversary: debt collectors.

Lobbyists with the Washington Collectors Association expressed concern at a Feb. 4 public hearing before the Senate Law & Justice Committee that the organization believes this measure would eliminate the incentive to pay fines. According to Kelsi Hamiliton of the Washington Collectors Association, when Washington stopped suspending licenses for nonmoving traffic violations, revenue from those citations dropped by over $10 million in the first year.

“They want people to go into debt,” Salomon said of the debt collectors. “They are trying to drive policy to make money off people going into debt. It’s offensive.”

In the end, Salomon said, Senate Democrats accomplished a “good feat” with a compromise that keeps what he calls the “core of the bill” intact.

“I wanted this to be a transformational policy and I think it still is, even with these changes,” Salomon said.

CORRECTION: This story, and the headline, has been corrected to show that state law no longer allows license suspensions for unpaid parking tickets.