Poll: Washingtonians aren’t quite ready for a post-pandemic normal 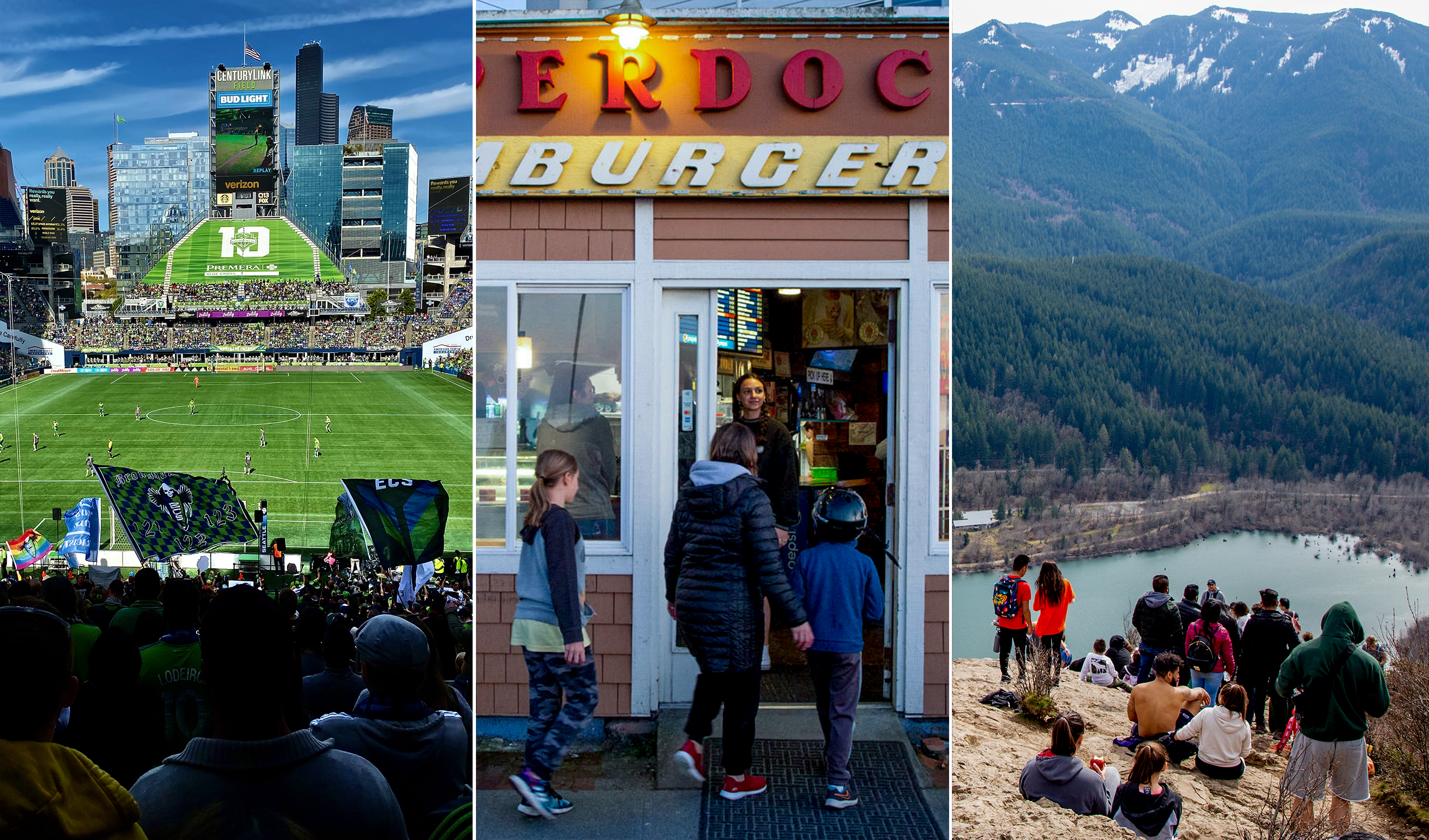 While some Washingtonians appear eager to get vaccinated and get on with their lives, a new poll reveals even some people who are fully vaccinated remain cautious about getting back to normal.

A Crosscut/Elway Poll conducted in mid-April found nearly every Washingtonian is wearing a mask in public but most people are not ready to:

Among the 400 adults who answered the statewide poll between April 12 and 15, many are already gathering indoors with nonfamily members (54%), eating indoors at restaurants (59%) and going shopping at local malls or department stores (65%).

Copy: When do you wear a mask
Infogram

The Crosscut/Elway Poll has a 5% margin of error at the 95% confidence level, which means that if the survey had been conducted 100 times, the results would be within 5 percentage points of the results reported here at least 95 times.

The poll also revealed a political divide on this and other questions. Forty-two percent of Republicans — and 7% of Democrats — said they never stopped gathering inside.  About the same number of Republicans and Democrats say they have started to gather again.

When do you wear a mask
Infogram

Mike Veitenhans, 71, of Seattle, who participated in the poll, said he and his wife, who are fully vaccinated, have just started to again venture out and gather outside with friends. They’ll probably wait until next year to attend a sporting event, concert or movie, even though they have season tickets to the Seattle Symphony.

“We’re doing the best we can with the knowledge we have,” Veitenhans said. He added that because he is acutely aware of the economic impact of the downturn on small businesses, he has become a big tipper to help them survive. He even donated a federal stimulus check to a business owner he knows who was really panicking.

Veitenhans predicted he wouldn’t fully engage with the world until at least 2022, noting a group of college friends from Portland have pushed back their communal 70th birthday party until May 2022, when they will be 72.

He and his wife have also postponed a trip to Ireland until next year. And a communal chorus he participates in, which hasn’t rehearsed since March 2020, is just now considering a return to rehearsals, if the group can find a safe way to do so.

“We are sort of putting everything into returning to normal in 2022,” Veitenhans said.

In the meantime, he is wearing a mask and mostly sticking close to home.

Elway poll - have you been vaccinated?
Infogram

While nearly all those polled indicated they wear masks at least some of the time, the choices within this question also show a political divide. While 57% of Democrats said they always wear a mask when venturing away from home, only 22% of Republicans and 37% of independents said they do.

This divide was also evident among vaccination plans, as previous Crosscut/Elway polls have revealed, Even so, the latest poll showed a general shift toward vaccination among most groups.

In the January poll, only 55% of participants said they wanted to get vaccinated.

Even so, 32% of Republicans polled this month said they would not get the vaccine, compared with 6% of Democrats.

Why will you get vaccinated?
Infogram

Washington’s numbers for vaccine enthusiasm roughly mirror national poll numbers. The April Understanding American Study by the University of Southern California Dornsife Center for Economic and Social Research found about half of Americans had received at least one dose and about three-quarters say they’ve already received a vaccine or are very or somewhat likely to get one when available. That poll also indicated some people had changed their minds about the vaccine since a February poll showed two-thirds of Americans would probably get vaccinated.

Other national polls have shown between 21% and 24% of Americans plan to avoid the vaccine if they can.

Vaccine resisters in Washington gave several main reasons for their decision, from distrust of the government to concern about side effects to wanting to wait and see if the vaccines are safe.

Another divide that the poll illustrated was between urban and suburban residents vs. rural and small-town residents. While most Washingtonians overall said the pandemic has had some effect on their lives, urban (73%) and suburban (84%) were much more likely to see that impact than rural (48%) or small-town (69%) residents.

National data has also shown an increase in social activity outside of the home, while mask-wearing and hand-washing are holding steady. But an April national poll from Quinnipiac University showed that 16% of Americans do not plan to  take a summer vacation this year because of lingering concerns about COVID-19.

LIsa Elliott, 65, of Kenmore, who participated in the Crosscut/Elway Poll, said she and a small group of friends never really stuck to the strict protocols recommended by the Washington State Department of Health. They formed a small quarantine pod but kept each other safe throughout the pandemic by limiting their exposure outside the group.

The whole group has now had its vaccine shots — Elliott is scheduled to have her second dose next weekend — and they’ve started to eat out in restaurants. But she has a line she’s not ready to stop over: returning to her vacation home in Mexico.

“Tourists aren’t following COVID protocols down there, so I’m not going,” said Elliott, who always wears a mask when she leaves her home and carries hand sanitizer and Clorox wipes wherever she goes.

Elliott is comfortable with the pace of Washington’s economic reopening and thinks the governor has done a good job during the pandemic. So did the majority of people who answered both the April 2020 and April 2021 Crosscut/Elway polls,. But Inslee’s COVID approval ratings were much better in 2020 (75%) than in 2021 (56%).

Those polled gave a much improved rating for the president's handling of the pandemic, from 42% in April 2020 when Donald Trump was president to 61% for President Joe Biden in April 2021.