Shaking hands may be the next partisan divide in Washington state

The latest Crosscut/Elway Poll shows a sharp split on party lines toward the state’s pandemic response, including how people feel about greeting one another. 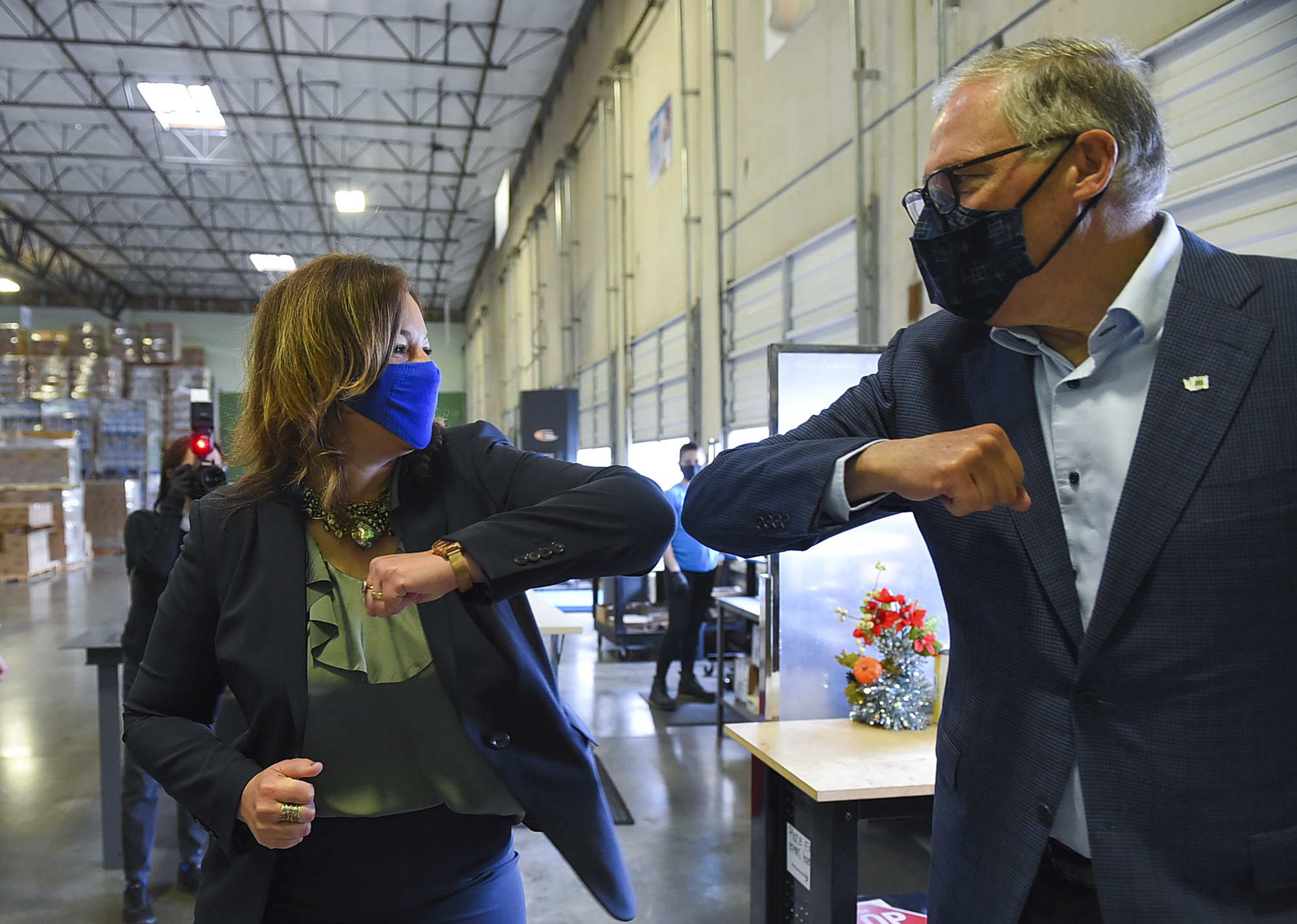 Washington Gov. Jay Inslee and ECOS President and CEO Kelly Vlahakis-Hanks bump elbows as they greet one another April 22, 2021, during Earth Day in Lacey. (Steve Bloom/The Olympian via AP, Pool)

By now we are used to seemingly everything being politicized and polarized by party identification. Even a global pandemic. The recent Crosscut/Elway Poll provides a possible glimpse of the enduring effects of the coronavirus pandemic.

One of the more striking findings in the April poll was that people are going to be more reluctant to shake hands than just about anything else when this is over. Republicans and Democrats were even divided on this point.

We asked 400 randomly selected adults around the state when they were likely to start doing certain things again. There were nine items on the list, from gathering with nonfamily members to airplane travel. The item with the second-highest percentage of respondents saying they may never do again was shaking hands. Twenty-one percent said they may never do that again, while 22% said they didn’t know when they might resume.

Copy: When do you wear a mask
Infogram

Democrats and Republicans differ on almost everything about the pandemic and its aftermath.

Some more common political differences: Near universally positive grades for Biden and Inslee for their handing of the situation from Democrats (94% and 85%, respectively) versus equally pervasive negative reviews from Republicans (79% negative for Biden, 81% for Inslee). Eighty-two percent of Republicans thought the state's opening up was going too slow, while 87% of Democrats said the pace was “about right” (63%) or too fast (24%).

But shaking hands? Is that going to replace mask-wearing as the new tribal signal? And how are we ever going to get a political deal if the partisans can’t agree to shake hands?