A bill passed out of the state Senate would make drug possession a gross misdemeanor. In King County, that could create confusion. 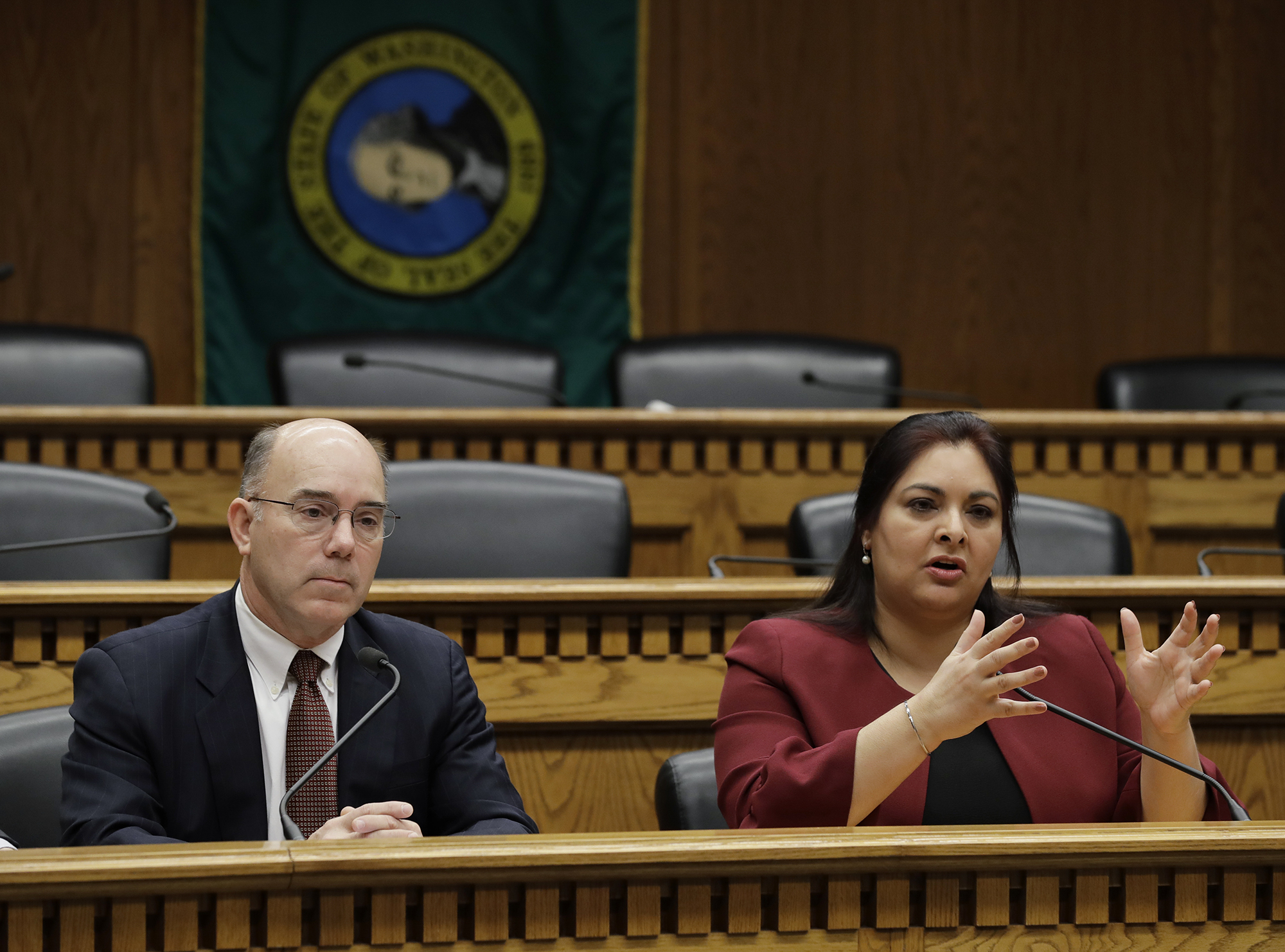 Lawmakers trying to find an answer to the Washington Supreme Court decision decriminalizing drug possession are finding just how complicated that task may be.

The State Senate passed a bill last week that would again make it a crime to knowingly possess heroin, cocaine or other illegal substances — this time as a gross misdemeanor, down from a felony.  But the compromise could “open a new can of worms,” said Seattle City Councilmember Andrew Lewis, who is unsure state lawmakers have thought through all the implications in their race to address the landmark court decision.

“You may be solving one question but you’re creating 10 more,” said Lewis, a former prosecutor for the city of Seattle.

The question is one of jurisdiction. In Seattle, most misdemeanors are handled by the City Attorney’s Office, while felonies are picked up by the King County Prosecuting Attorney’s Office. Were the state to turn drug possession from a felony  into a gross misdemeanor, Lewis is worried it could create some expectation that Seattle or other cities get in the business of drug enforcement — which Seattle is unlikely to do.

The February Blake decision from the Washington Supreme Court struck down the law criminalizing drug possession as unconstitutional because it did not require prosecutors to prove intent. The ruling landed hard on police, courts, attorneys and lawmakers at a time when the pandemic had already upended what was considered normal.

With just a week left in the session, lawmakers are still scrambling to pass something in response. But finding a majority between the Republicans who want to reinstate drug possession as a felony and the Democrats who want to use Blake to end the so-called war on drugs has been difficult.

“I just hope that the Legislature will be really intentional in looking at some of the potential case load transfers that would entail or jurisdictional issues,” said Lewis.

Were Gov. Jay Inslee to sign the Senate’s bill into law, Lewis said he’s “not predicting that there would be bedlam here.” City Attorney Pete Holmes and King County Prosecutor Dan Satterberg generally have a good working relationship.

But from a legal perspective, the change theoretically “creates new questions where there could be a lot of handwringing” around jurisdictional and budgetary obligations.

First, for the city to start prosecuting people for gross misdemeanor drug possession, the Seattle City Council would have to add the offense to its municipal code. Lewis is confident there are not five votes to do that because the council is not interested in “how we are going to rearrange the deck chairs on the war on drugs.”

That would leave enforcement of the state’s new law to King County. However, that could open the possibility of King County demanding reimbursement from Seattle, said Lewis.

His reasoning dates to a 1996 ruling by the Washington Supreme Court, Whatcom County v. the City of Bellingham. Bellingham had been struggling to afford its jail services. So, in an effort to shift the costs to the county, the city simply repealed most jailable offenses from its municipal code. That left the job of law enforcement to the county.

Whatcom County argued it was entitled to reimbursement from Bellingham and the court agreed.

How it would play out between Seattle and King County is unclear. A spokesperson for City Attorney Pete Holmes said Holmes and Satterberg communicate regularly, although they have not yet spoken on this specific bill.

“I urge lawmakers to take a hard look at the impacts of continued criminalization when bringing treatment services to scale is both less expensive and will help people out of cycle of arrest, incarceration, and relapse,” Holmes said in a statement. “We can do better."

Sen. Manka Dhingra, D-Bellevue, initially brought forward the Senate bill, which in its original form would have only re-criminalized drug possession for people under 21. But she voted against the bill after it was amended to make drug possession a misdemeanor for everyone. She predicted it could create confusion.

With the Senate bill “we are going to see the potential of patchwork of enforcement, with cities being able to play a role in drug enforcement in manners that they hadn't” previously, she said Friday. In imagining this patchwork, it’s usually with an eye toward cities that will impose harsher limits on drug possession, but it also could apply to places like Seattle that may resist taking on the duty of misdemeanor enforcement.

Sen. John Braun, R-Centralia, proposed the misdemeanor amendment with an eye toward getting enough votes to pass anything out of the Senate.

“It became pretty clear early on, as we dealt with the Blake decision, that it was not necessarily something the majority (Democrats) could do by themselves and we’d have to find something that worked its way down the middle,” he said.

A gross misdemeanor means drug possession will again be a crime, which is a priority of Braun’s caucus. “It doesn’t have the negative impact of a felony but still does give some leverage to get people into treatment,” he said.

He acknowledged that this approach would mean drug enforcement will vary depending on where someone lives. “It’s true now, it was true before the Blake decision and it will certainly be true in the future that each local jurisdiction — they have some flexibility… to proceed in different ways in different cases,” he said.

The discussion now shifts to the House. The Legislature has until April 25, the day it is scheduled to adjourn, to find its preferred response to Blake. Gov. Jay Inslee has mostly taken a back seat, preferring to let the Legislature sort it out.

At the same time, the attorneys on the losing end of the Blake decision filed a motion to reconsider with the Supreme Court, although it would be rare for the court to take such a step.

For Lewis, the burden of getting Blake right is squarely on the state. “The city gets a lot of attention on a lot of these things,” he said, “but we have to center that the Legislature has a big role here.”