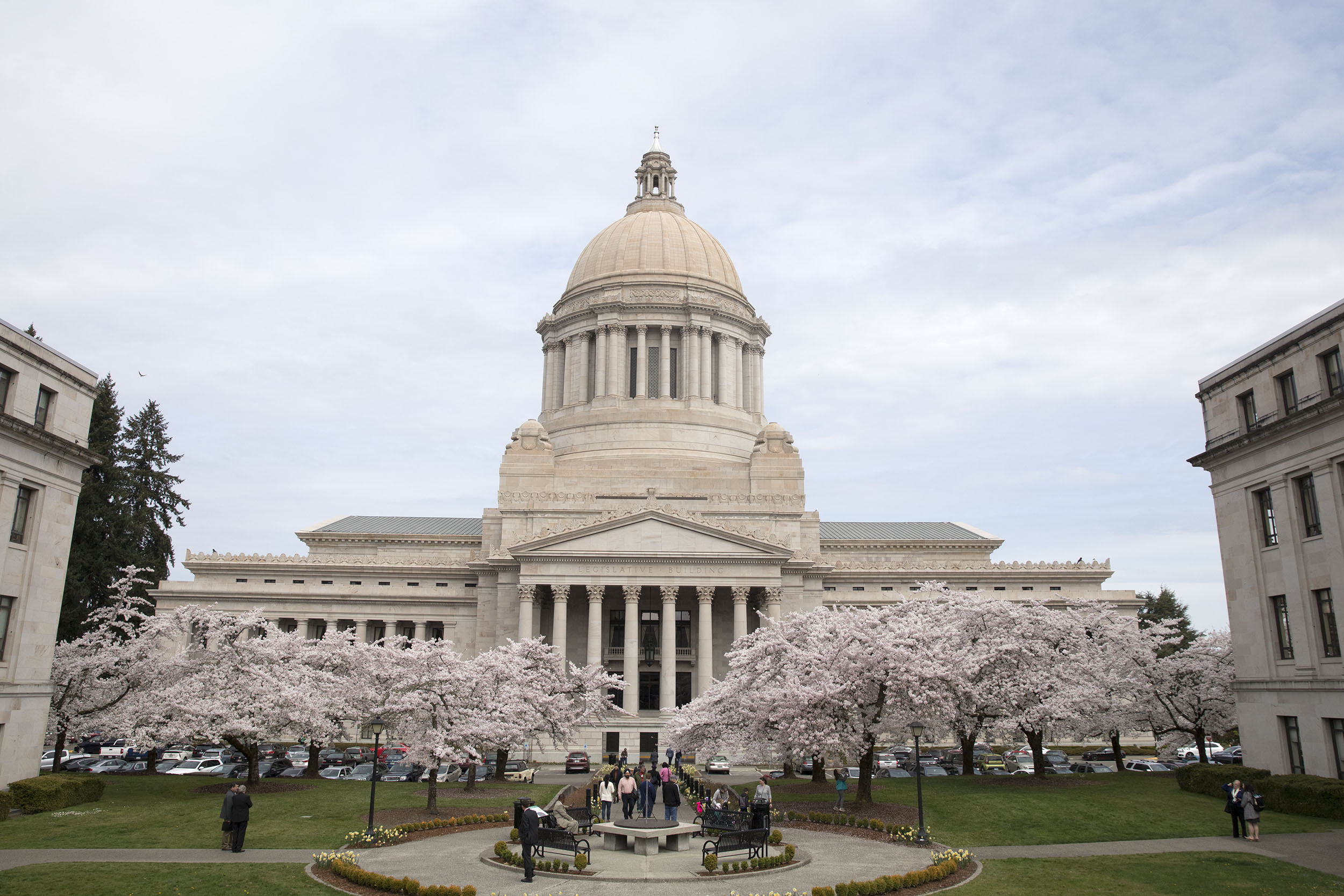 A decade after the Washington Legislature slashed programs during the Great Recession, lawmakers now find themselves in a very different situation. They have plenty of money to maintain existing programs through the next two years and beyond.

But top Democratic leaders say the status quo isn’t good enough — and hasn’t been for some time.

That’s what’s driving legislators to approve a new tax on capital gains, which include profits from selling assets such as stocks and bonds.

As of Wednesday evening, the state House and the state Senate had both approved versions of a capital gains tax. They are working to iron out the differences between their proposals — which are not very far apart — by the time the Legislature adjourns on Sunday.

Republicans, who are in the minority in both chambers of Washington’s Legislature, have criticized the tax as unnecessary and unconstitutional.

But Democrats have said their goal with the capital gains tax is to build a stronger state while at the same time addressing inequities in the state tax code. To Democrats, the need for structural change is highlighted by the racially disproportionate impacts of the pandemic, as well as a need to invest in important new policies, such as police accountability measures and expanded child care options.

For years, Democrats have also expressed a desire to reduce some of the tax burden on low-income people, while having the wealthy pay more to support state programs.

The capital gains tax, they say, helps accomplish both goals.

“Today we are going to take another gigantic step towards justice for the working people of Washington state, by finally asking the wealthiest among us to pay their fair share,” said state Rep. Noel Frame, D-Seattle, shortly before the House approved the capital gains tax, Senate Bill 5096, on a 52-46 vote on Wednesday.

During her floor speech, Frame cited how low-income families in Washington pay a much larger share of their income in taxes than higher-income people. It’s a system Democrats routinely criticize as highly regressive, stemming in part from the state’s reliance on the sales tax, as opposed to an income tax, to pay for public programs.

“We must rebalance the tax code for Washington’s working people,” Frame said Wednesday.

Another way lawmakers want to adjust the tax code is through a tax credit for low-income families. The Working Families Tax Exemption is a program that the Legislature approved in 2008, but has never actually paid for. That means no family has ever received the state benefit, which would return as much as $300 annually to low-income people with no children and up to $1,200 per year for low-income families with three or more children.

Brenda Holland is one of the people who says she could benefit from the tax credit. After Holland was laid off from her job in the hospitality industry due to COVID-19, she had no idea if or when she might be able to return to work, she told state lawmakers in February.

“This extra money would be of great help to us,” Holland testified at a public hearing for House Bill 1297, the bill to implement the Working Families Tax Exemption. “Especially with my son in virtual school, it would help with food and other necessities.”

Lawmakers estimate that about 420,000 people would qualify for the new tax credit, which was approved by both chambers of the Legislature this month. The bill now awaits a signature from Democratic Gov. Jay Inslee, who has been a strong supporter of the policy and is expected to sign it into law.

Both legislative chambers also want to use the capital gains tax revenue to bolster the state’s child care system. Much of the money raised would pay for investments in early learning programs, such as expanding eligibility for state-subsidized child care, providing more money to child care centers to help them pay living wages, and building more child care facilities around the state.

The state is receiving at least $4 billion in flexible, one-time money from the latest federal stimulus package, in addition to other stimulus money earmarked for local governments and schools. With all that money coming in, Stokesbary and his colleagues think new taxes aren’t needed to help the state recover from the pandemic or bolster state services.

“Now that we are bringing in this other federal money, we should be able to afford all the investments we need to make right now without a new capital gains tax,” said Stokesbary, the House Republicans’ budget lead.

House Speaker Laurie Jinkins, however, has said many times that it is unwise to use one-time money like the federal stimulus dollars to pay for the cost of ongoing programs, such as child care investments or the Working Families Tax Exemption. To do so, she told reporters recently, would set the state up for a budget shortfall down the road.

“Wealth inequality and social inequities are all around us,” said Rolfes, D-Bainbridge Island. “If we can lower taxes or create tax credits for those who need it most by taxing those who are among the wealthiest people in the world, that’s valid tax policy.”

Stokesbary said if the capital gains tax is truly about fairness, Democrats would use the revenue from the tax to reduce sales taxes across the board. While the Working Families Tax Exemption is intended to refund some of the money low-income people pay in sales taxes, it won’t benefit everyone, and not everyone who benefits will get the maximum refund.

Hanging over the policy debate is the likelihood that the capital gains tax will be challenged in court as unconstitutional.

Republicans and some others say the tax conflicts with past state court rulings that have barred lawmakers from imposing a graduated income tax. Those types of taxes impose higher tax rates on wealthier people while taxing lower-income people at lower rates.

Democrats, meanwhile, insist the capital gains tax is an excise tax, not an income tax, and will pass legal muster.

Still, even Democratic leaders expect the measure to prompt a court challenge that will take a while to sort out.

That, too, is another factor in why Democrats are pursuing a capital gains tax now. Because it isn’t immediately needed to plug holes in the state budget, government operations won’t grind to a halt when the measure inevitably gets tied up in court.

As written, the 7% tax on capital gains is set to take effect in January 2022, but lawmakers aren’t planning on using any of the revenue until the 2023 fiscal year.