Starting in mid-2022, people will be able to dial 988 instead of 911 to access different types of services in a mental health crisis. 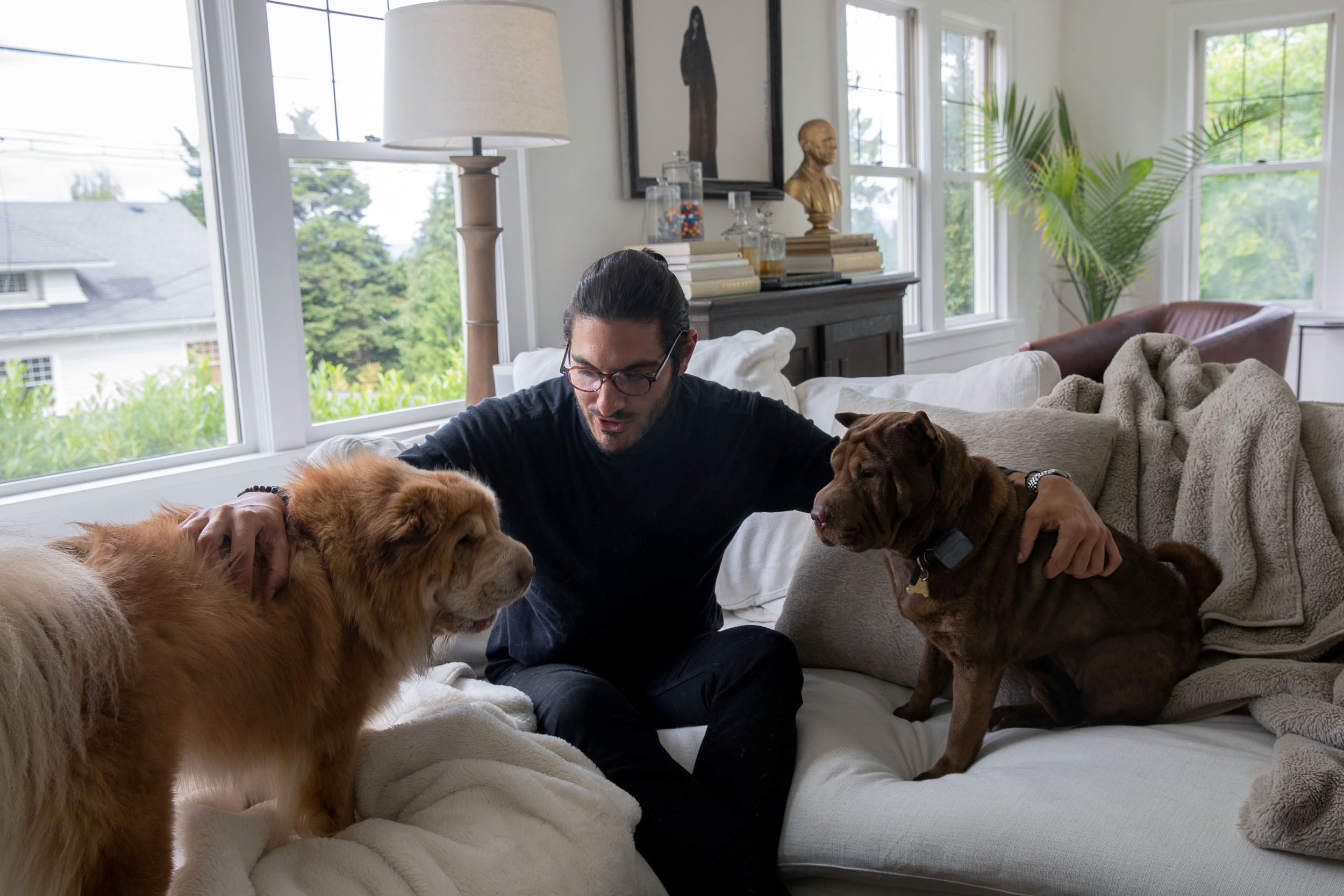 Abraham Dairi spends time with his dogs Ziggy, 3, and Bowie, 4, at his home in Seattle's Montlake neighborhood on July 1, 2021. After the death of his wife, Holly Deierling, in September of 2020, Dairi pushed state lawmakers to provide more resources to people in crisis, including through a bill that will set up a new suicide prevention hotline. (Matt M. McKnight/Crosscut)

Abraham Dairi wished he had somewhere to turn besides the police last year when his wife, Holly, was suffering a mental health crisis.

Fearing she would hurt herself, and seeing she had the means to do so, Dairi called 911. When a pair of officers responded, they forcibly tied Holly to a stretcher, removed her from her home and took her to an emergency room — a repeat of a traumatizing experience she’d had years before.

A few hours after she was admitted to the ER last year, Holly was released. She then followed through on her threat to take her own life, dying on Sept. 19, 2020. She was 28.

Dairi said he doesn’t blame the officers who responded. Just as he wouldn't know what to do if he were handed a cop’s badge and gun, he feels the officers weren’t adequately equipped to handle the situation.

Had he and Holly had access to trained mental health responders and peer support specialists that night, Dairi thinks his wife's story might have turned out differently.

House Bill 1477, which the state Legislature approved earlier this year, is designed to make that happen with a goal of preventing similar tragedies. It will provide money to improve staffing at the state’s crisis call centers. At the same time, the state will be expanding its network of mobile crisis response teams, which the call centers can dispatch to people who are suffering a behavioral health crisis.

Those teams include trained mental health professionals and can in many cases eliminate the need for armed police officers to show up.

“We all know that it is not illegal to have a mental health crisis,” said state Sen. Manka Dhingra, D-Redmond, speaking in support of HB 1477 on the Senate floor. “But the options available to people now are to call 911.”

“This gives an alternative that will save lives.”

The new law builds off of a federal mandate that requires states to establish an integrated hotline system for suicide prevention services, which people will be able to access by calling a new three-digit number, 988.

By mid-2022, the 988 hotline number will replace the 10-digit number that people now call to reach a suicide hotline.

State Rep. Tina Orwall, D-Des Moines, said the hope is that the simple, three-digit 988 hotline will be easier for people to remember when they are going through the worst moments of their lives.

It’s also designed to appeal to those who don’t want to call 911 because they fear an armed police response, she said. “Having a police officer show up at your door can be very traumatic,” said Orwall, the sponsor of HB 1477. 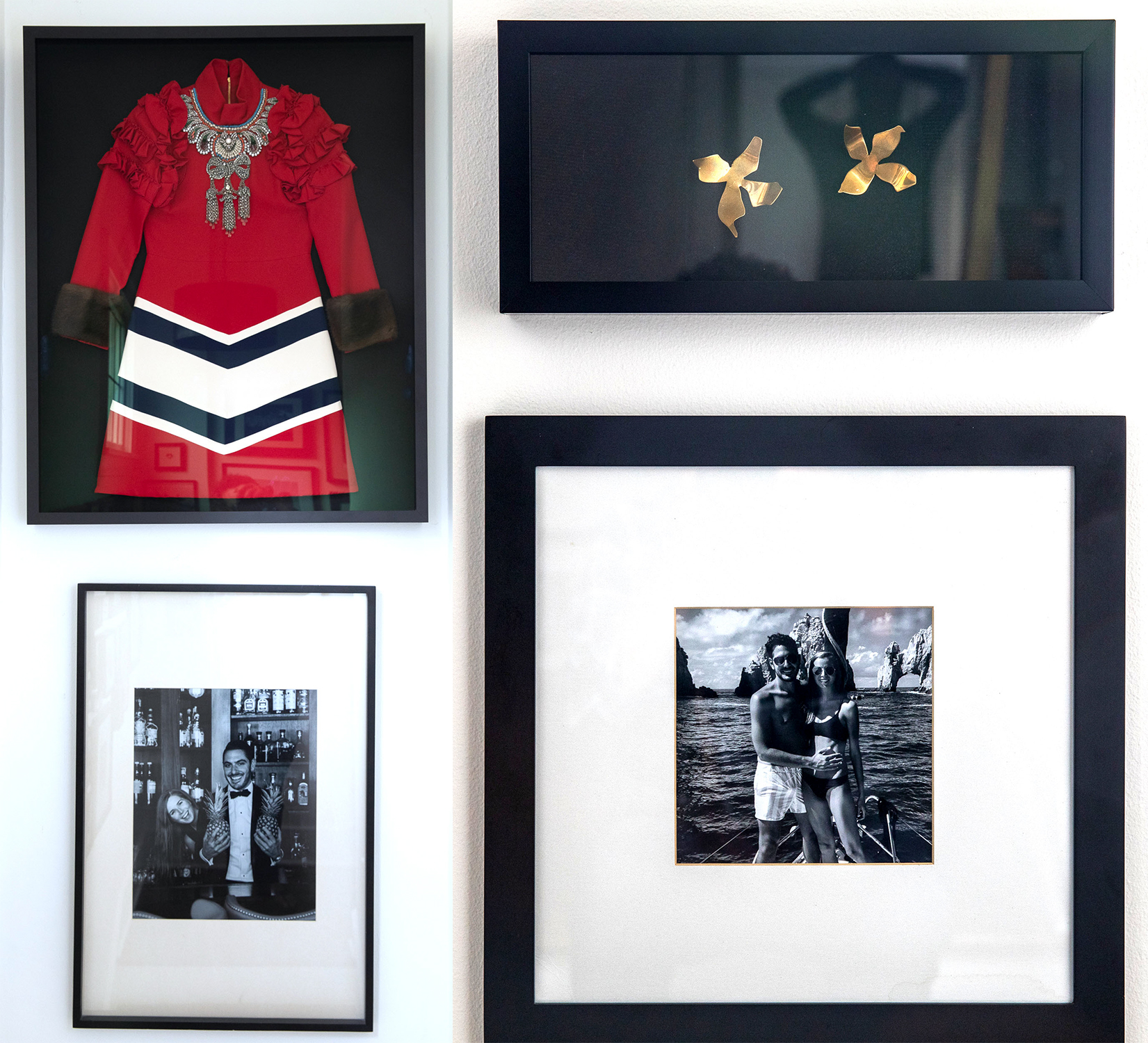 While some cases may still require officer intervention, many crisis calls can be addressed through counseling over the phone, Orwall said. Others can be addressed by the mobile teams of trained behavioral health professionals who can show up in person and help de-escalate the situation, she said.

The state is spending $26 million, plus $13 million from the federal government, to expand the mobile crisis teams over the next two years. That money will ensure there is at least one mobile crisis team focused on adults and another focused on youth and teens serving each of the state’s 10 geographic regions.

David Johnson, board president of the Crisis Connections call center based in King County, said that while police have been valuable partners over the years and do their best to help people in crisis, most officers are not trained in behavioral health crisis reduction.

“And so if you show up in a crisis, and you have a gun, and physical restraints have been your training, you're more likely to go in that direction than in the actual engaging and redirecting,” said Johnson, whose call center is going to field calls as part of the 988 network. “And so, I'm so excited that we will have a much higher degree of mental health intervention, because of contacting 988.”

The new law also will ensure crisis call centers have better technology, such as computer systems that allow them to see in real time where mental health treatment beds are available around the state. New GPS tracking for the mobile crisis teams will allow the call centers to more efficiently dispatch those teams to people who need in-person help. 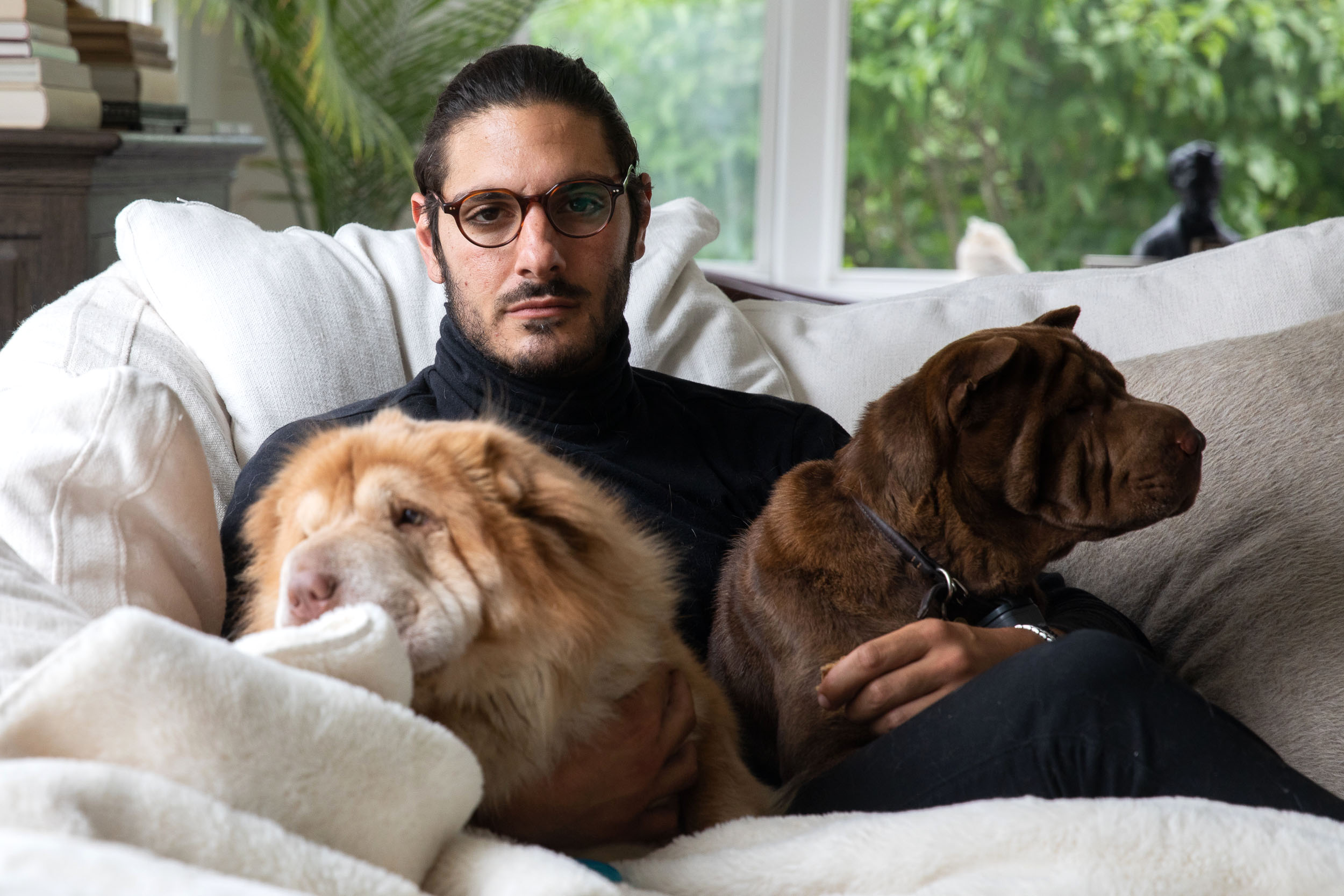 Abraham Dairi spends time with his dogs Ziggy, 3, and Bowie, 4, at his home in Seattle's Montlake neighborhood on July 1, 2021. (Matt M. McKnight/Crosscut)

Abraham Dairi spends time with his dogs Ziggy, 3, and Bowie, 4, at his home in Seattle's Montlake neighborhood on July 1, 2021. (Matt M. McKnight/Crosscut)

People who don’t want to call the 988 line on the phone will also be able to access it through texting or online chats, which can be a more discreet way to seek help for oneself or a loved one. Those text and chat options are often more appealing to young people, Johnson said.

To pay for all of these things, HB 1477 will impose a 24-cent tax on phone lines, including cell and internet phone lines, starting in October. The tax will go up to 40 cents per line monthly starting in January 2023. Once fully phased in, the tax is expected to raise about $120 million every two years.

Leaders of the state’s crisis call centers say the money from the tax will ensure they can hire enough staff to handle a projected increase in call volume, once the 988 system is up and running next year.

The additional money will also allow crisis call centers to employ dedicated follow-up teams, so there’s less danger of people falling through the cracks of the system after they hang up the phone, said Patricia Morris, senior director of behavioral health at Volunteers of America of Western Washington. Morris’ organization, which handles crisis calls from eight Washington counties, will be another of the designated call centers under the 988 system.

“To actually have a dedicated team to be able to do follow up I think is going to be an opportunity to close gaps,” Morris said last week.

That means that, in addition to referring someone to a community resource or treatment program, “We will actually let them know, ‘Is it OK if we give you a call back in a week?’ Just to see how those individuals settled in.”

“Right now, we don’t have adequate staffing to be able to do that,” Morris said.

The bill will also require health insurance companies to ensure there are next-day appointments available for people who need help quickly, so that people don’t have to wait days or weeks for a medical appointment to address urgent mental health concerns.

Taken together, “This has the opportunity to be one of the biggest changes I've seen in my career as far as really enhancing and expanding services to people in crisis,” said Orwall, who started her career as a social worker in the early 1990s. 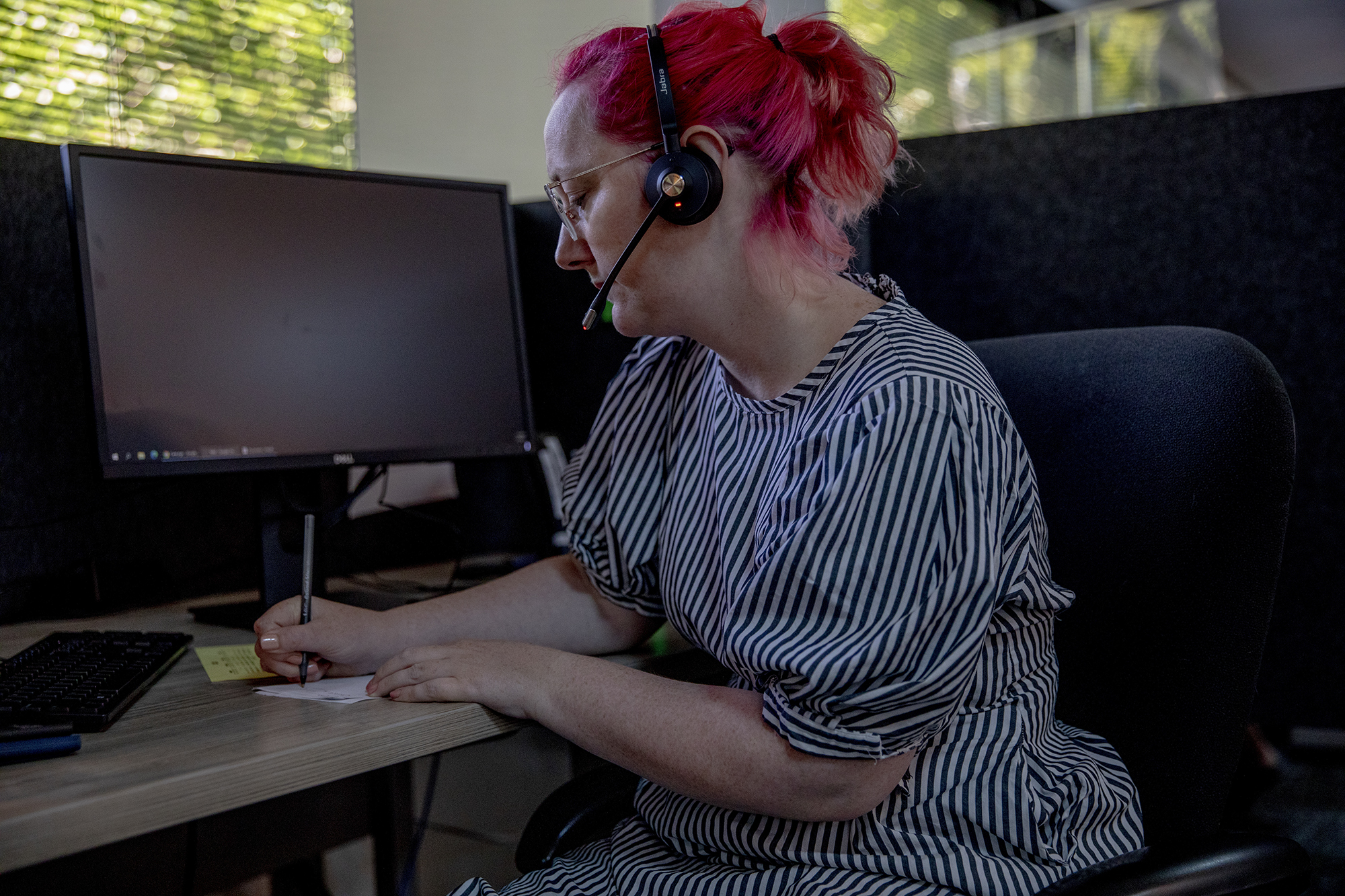 Some Republican lawmakers, who are in the minority in Washington’s Legislature, expressed concern about increasing the tax on phone lines, saying it was part of a pattern of higher taxes being implemented this year by Democrats, who control both chambers of the Legislature and the governor’s office.

State Sen. Keith Wagoner, R-Sedro-Woolley, said he probably wouldn’t have a major problem with the 988 tax measure if it were passed in isolation, “but in addition to this bill, we have a dozen other taxes we are levying against people across the state.”

“... It still remains another tax on cellphone users,” Wagoner said during a Senate floor debate in April.

Dairi, meanwhile, sees this year’s bill as an important first step toward improving behavioral health services throughout the state.

He said he will continue to push for more treatment options so that people like Holly aren’t forced to languish in emergency rooms when they’re at their most vulnerable. Lawmakers, too, see a need to further expand treatment options; the new 988 bill creates a committee to identify gaps in the state’s behavioral health response services and recommend fixes.

Dairi described his late wife as a passionate advocate for social justice issues — one who not only joined the front lines of last year’s Black Lives Matter protests, but also fought to advance equity and inclusion policies at Nordstrom, where she worked in the buying department.

He said his advocacy for more mental health resources at the state level is his way of carrying on Holly’s legacy.

“As painful as this story is, and as much of a secret as she kept all of this throughout her life, I know this is something she would have wanted. … She would want this to make a difference, because that was who she was.” 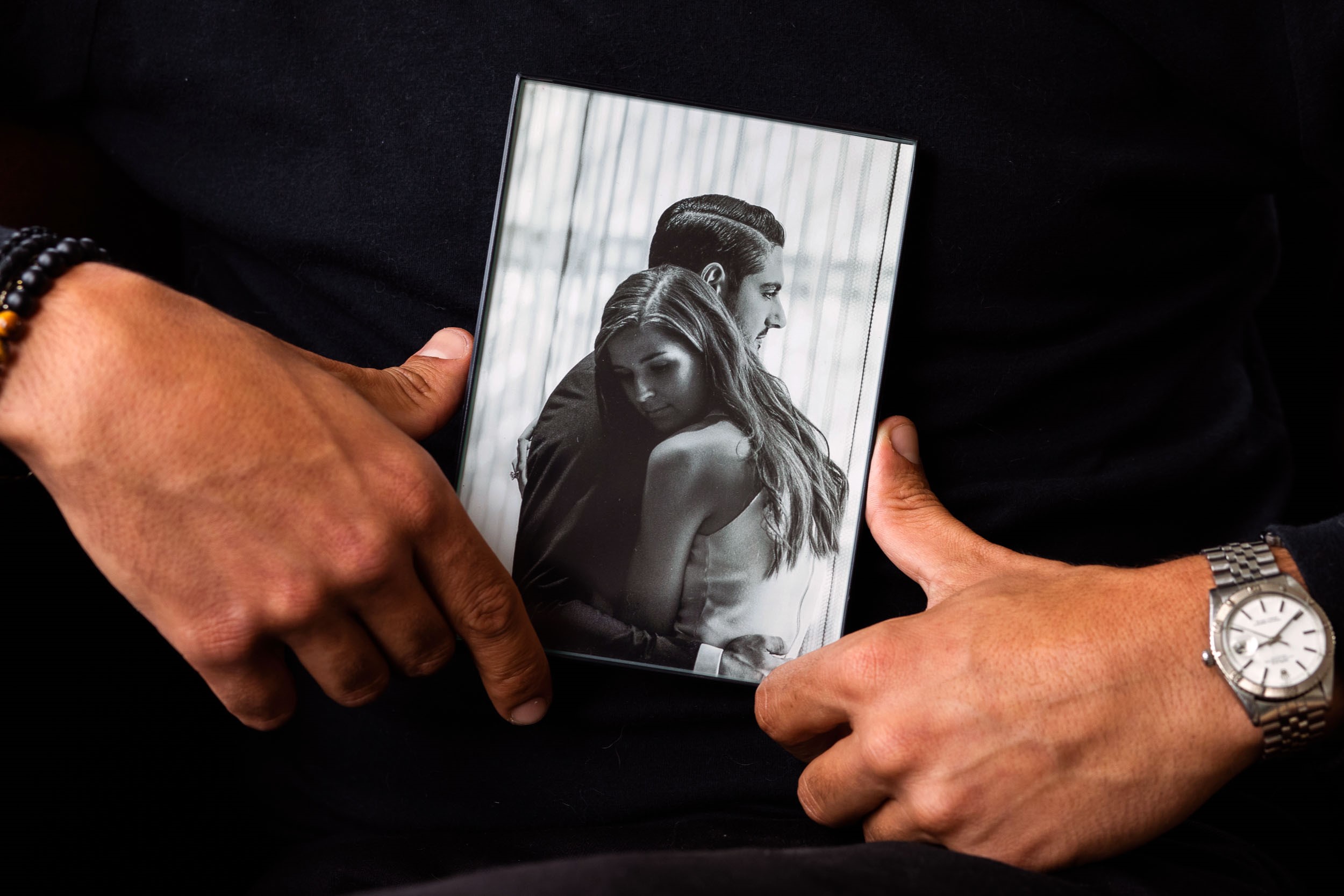 Abraham Dairi holds a photograph of him and his wife, Holly Deierling, while sitting at his home in Seattle's Montlake neighborhood on July 1, 2021. (Matt M. McKnight/Crosscut)

Abraham Dairi holds a photograph of him and his wife, Holly Deierling, while sitting at his home in Seattle's Montlake neighborhood on July 1, 2021. (Matt M. McKnight/Crosscut)

Who to call if you are in crisis

While the new 988 line won't be up and running until July 2022, there are still places you can call right now for help if you or a loved one are in crisis.

For those seeking help in English, the National Suicide Prevention Lifeline is available 24 hours a day at 1-800-273-8255.

For those using TTY equipment to assist with speech or hearing impairments, use your preferred relay service or dial 711 then 1-800-273-8255.