The Tacoma Weekly got slapped down by campaign finance regulators last week, who said its illegal move undermined journalism. 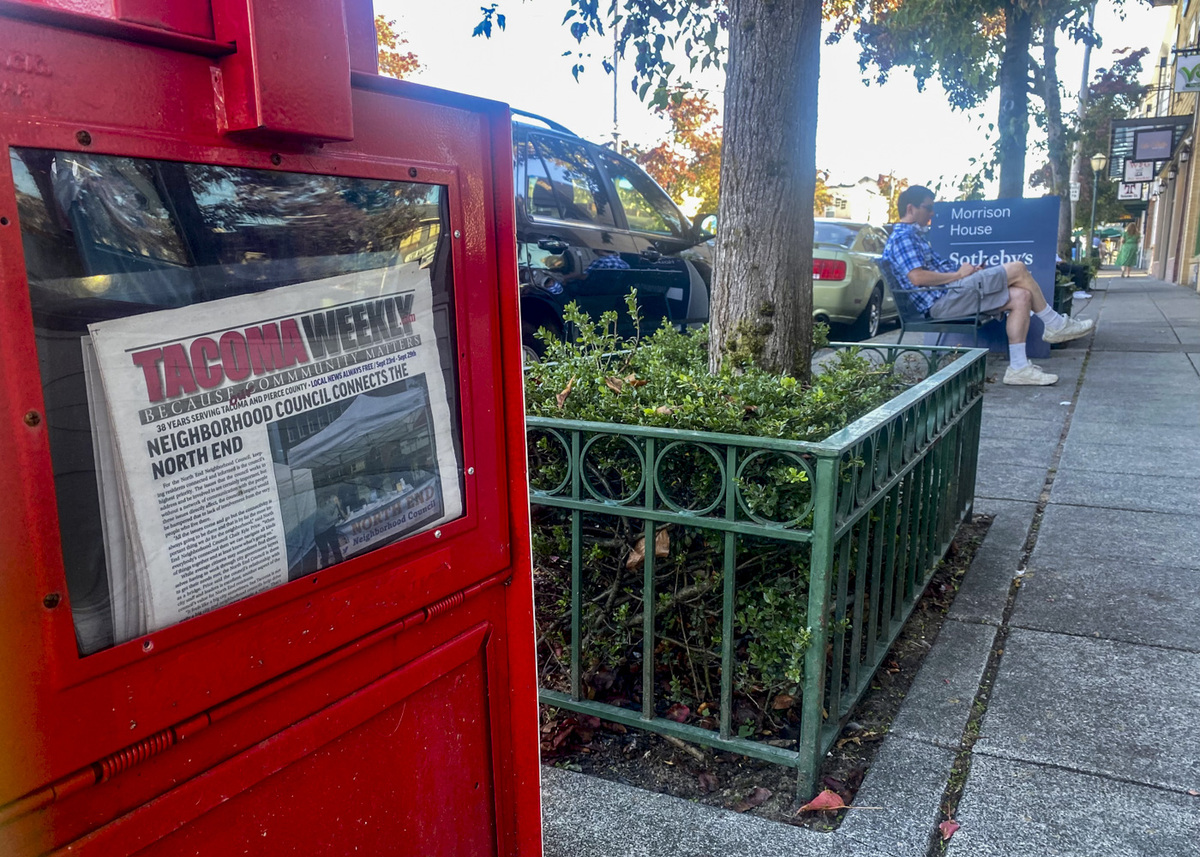 A Tacoma Weekly distribution box lines the sidewalk in the Proctor neighborhood of Tacoma. The newspaper was fined last week for offering to sell news coverage to political candidates. (Melissa Santos/Crosscut)

A weekly newspaper in Tacoma was fined last week for violating Washington state election law in a way that one official said threatens to undermine trust in both journalism and politics.

The Tacoma Weekly agreed to pay a $15,000 fine for telling political candidates last year that they could buy a news story — and even the newspaper’s editorial endorsement — as part of a  $2,500 advertising package.

Leaders of the Tacoma Weekly said they never actually ended up writing a story in exchange for money. But staff with the state Public Disclosure Commission — Washington’s campaign finance watchdog agency — found that two candidates who took the Weekly up on its advertising offer understood that they were each buying a cover story as part of an ad package. Those two candidates each paid $150 fines, agreeing that those news stories — which ran on the front page of the Weekly — didn’t contain the required disclosures that they were ads bought by the candidates.

John Weymer, publisher of the Tacoma Weekly, agreed to pay half of the $15,000 fine now, with the other half to be suspended on the condition that the newspaper not violate campaign finance laws again for four years.

Members of the Public Disclosure Commission said they considered the violation to be especially severe because it has the potential to erode trust in both journalism and politics.

“Two of the major ills in our society these days [are] public cynicism towards politicians and towards the news media, and I think you have contributed to both of those societal ills,” commission member William Downing told Weymer during an enforcement hearing last week.

“The whole credibility of journalism, which is a vital force for good in our society, is undercut by the solicitation of a political ad and the running of a political story like this,” added Downing, who is a retired King County Superior Court judge.

The Public Disclosure Commission learned of the issue with the Tacoma Weekly in August 2020 and reached out to inform the newspaper of the law, said Kim Bradford, the commission’s deputy director. Several weeks later, a pair of complaints were filed — one by Evelyn Fielding Lopez, who previously served as the commission’s executive director, and another by Luke Byram, a member of the Tacoma Area Commission on Disabilities.

During last week’s hearing, Weymer said the fine imposed against the Tacoma Weekly was a severe overreaction to a mistake the paper made last August.

Weymer said his team emailed a promotional flyer to candidates that misrepresented what the paper was actually offering. That flyer told candidates they could buy an editorial, the Tacoma Weekly’s endorsement and a cover story as part of a $2,500 ad package.

A revised version of the flyer went out shortly after the original was sent in error, Weymer said. The updated flyer removed the reference to an endorsement and a cover story, instead offering an “advertorial ad” and a meeting with the Tacoma Weekly editorial staff.

Still, both flyers bore the messages, “Let’s get you elected!” and, “We have 12 weeks to brand your name as the best candidate for the job!”

The Tacoma Weekly subsequently ran cover stories on two candidates who purchased the promoted ad package. Those stories were written under a staff member’s byline, with no mention of their being paid advertisements.

Weymer, however, insisted those stories followed the Weekly’s normal editorial process and were not intended to be advertisements.

“We spent hours on developing those stories, and we did not mislead the public,” Weymer said at last week’s hearing.

Nonetheless, Weymer said, “I think we deserve the penalty, because we were stupid and we did not cover our bases.”

He said he would have to sell his personal vehicle to pay the $7,500 fine.

Weymer did not respond to Crosscut’s request for more information. 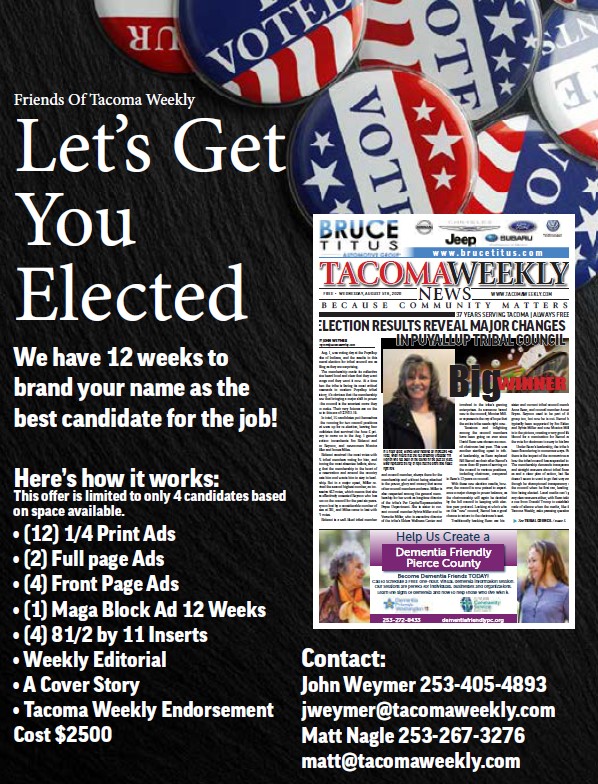 The Tacoma Weekly sent out this flyer in August 2020 telling political candidates they could buy the paper's endorsement, as well as a news cover story, as part of an ad package. The Weekly's publisher said a revised flyer was sent out later that didn't offer those things. But state campaign finance regulators say the Weekly still broke the law. (Public Disclosure Commission files)

The Tacoma Weekly sent out this flyer in August 2020 telling political candidates they could buy the paper's endorsement, as well as a news cover story, as part of an ad package. The Weekly's publisher said a revised flyer was sent out later that didn't offer those things. But state campaign finance regulators say the Weekly still broke the law. (Public Disclosure Commission files)

While many newspapers have editorial boards that write opinion pieces and endorse candidates, those boards are generally supposed to operate separately from reporters and editors in the newsroom. Editorial boards and news reporters also are supposed to be totally separate from a newspaper’s advertising operation, Poynter’s Tompkins said.

“That’s kind of Journalism 101, that you don’t sell your coverage or your endorsements,” said Mike Fancher, a former executive editor of The Seattle Times who now serves as president of the Washington Coalition for Open Government. “It’s a little shocking.”

Throughout last week’s hearing, Weymer described the Tacoma Weekly as a community newspaper focused on positive news stories, like the local grandma who makes a quilt for a soldier or a high school athlete who scores the winning touchdown.

But because of this incident, it might be unclear to future Tacoma Weekly readers whether those types of stories are bought and paid for, too, said Downing of the Public Disclosure Commission.

“When the public reads about the kid that scored the touchdown, they don’t know whether it was the kid’s parents that paid for that story because they’re wanting the kid to get a scholarship to college,” Downing said.

A lapse of ethics like what happened with the Tacoma Weekly makes that work even harder, he said.

“It just compromises one of the most important principles of journalism, and that is independence,” Tompkins said.