A new batch of candidates aim to make an impact without becoming 'career politicians.' 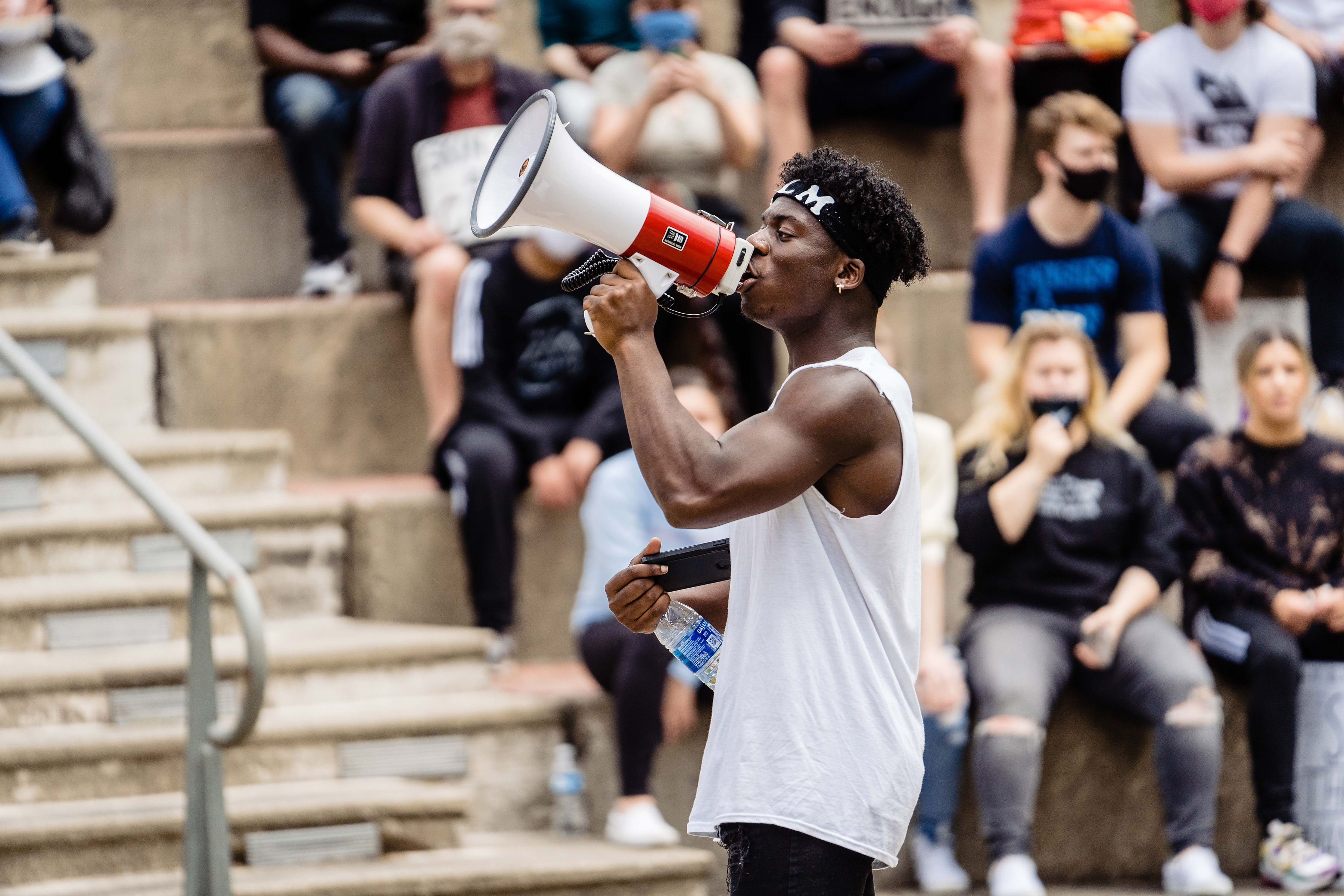 Joshua Binda, a candidate for the Lynnwood City Council, leads a Black Lives Matter march and rally in Bothell on June 20, 2020. (Cory Parris)

Joshua Binda always had a hunger for activism, but it was last summer's Black Lives Matter movement that finally got him out of his home and into the streets.

Binda, now 21, led his first protest in Snohomish, a suburban city that became, unexpectedly, a flashpoint during the 2020 wave of protests and counterdemonstrations. From there, Binda went from city to city speaking with local leaders about systemic racism and the pressing need for police accountability.

“One thing I remember that I heard from a lot of city officials was that they thought I had strong leadership abilities and the capability to truly make an impact from the inside,” Binda said.

This is the first story in a three-part series on youth in politics. The second story focuses on Seattle activists who've entered politics.

An open seat on the Lynnwood City Council was on the ballot, and Binda considered running for it. As a college student who, if elected, would likely be the youngest Black person to ever hold office in Washington, the odds were stacked against him. He entered the race, positioning himself as the progressive choice.

While Binda envisions a career in politics for himself, he contends he won’t become a “career politician.” That label, never a popular one, is particularly noxious to younger Americans whose disinclination toward voting comes in part from a disenchantment with electoral politics. Binda is part of a new generation of activists turned politicians, one that has yet to show they can translate their activism into action once they're in elected office.

Binda won the August primary election, and he won big. In a three-way primary, he took 45.5% of the vote, leading the second-place finisher, former Councilmember Lisa Utter, by 16 points. In a recent phone interview with Crosscut, Binda said he owes much of this win to his supporters. The folks who knocked on doors, put up signs and earned the biggest sigh of relief on the night of the big win, Binda says, were all young people. Many had never voted before.

“That’s one thing I love about my campaign: I’ve seen so many young people inspired to vote,” Binda said.

Young people seem to gravitate toward change-makers. An Economist/YouGov poll from February 2020 showed that nearly two-thirds of Democrats under 30 were throwing their support behind progressive candidates Bernie Sanders and Elizabeth Warren in the Democratic Party presidential primary. And yet the American people elected Joe Biden, who has been climbing up the political ladder since 1972.

Binda is not alone in looking to be an outsider in a system that has disappointed him. Activist politicians and progressives are bringing radical ideas to the mainstream conversation in Seattle this election cycle: Andrew Grant Houston took Black Lives Matters protesters’ advice and proposed a 50% cut to the Seattle police budget in his failed mayoral primary race, Nicole Thomas-Kennedy, whose goals include abolishing prisons, won her primary for Seattle city attorney and Nikkita Oliver, who finished first in a Seattle City Council primary, argues for reparations for Black Seattlites.

Not too long ago, Pete Holmes was the bold challenger with the endorsement of The Stranger, Seattle's irreverent, leftist newspaper, to be the city attorney. In the current election cycle, Holmes, who was running for his fourth, four-year term, was the symbol of the status quo and was attacked and ultimately defeated by opponents on his left and his right. Even what was once bright, shiny and new can dim as it sits in incumbency.

“Career politicians start as individuals who want to make a difference, who are natural leaders in their community,” said Preston Sahabu, a politically connected community organizer in Seattle. “And when they get elected, they believe the way to gain power is by playing nice with the establishment.”

Sahabu worked on Kshama Sawant’s campaign challenging state Rep. Frank Chopp, D-Seattle, in 2012. Sawant, a socialist now on the Seattle City Council, lost that challenge against Chopp, who was then serving as speaker of the House in Olympia.

In 1974, 20 years before he would be elected to the Legislature, Chopp lived in a Seattle parking lot to protest the bulldozing of affordable housing in South Lake Union. He rented a stall for $10 a month and, with the help of his dad, propped up a geodesic dome to call home for a couple of months. That parking lot has since been converted to low-income housing for women and children, Chopp said. He is firm that he is still in touch with his activist roots after all these years. 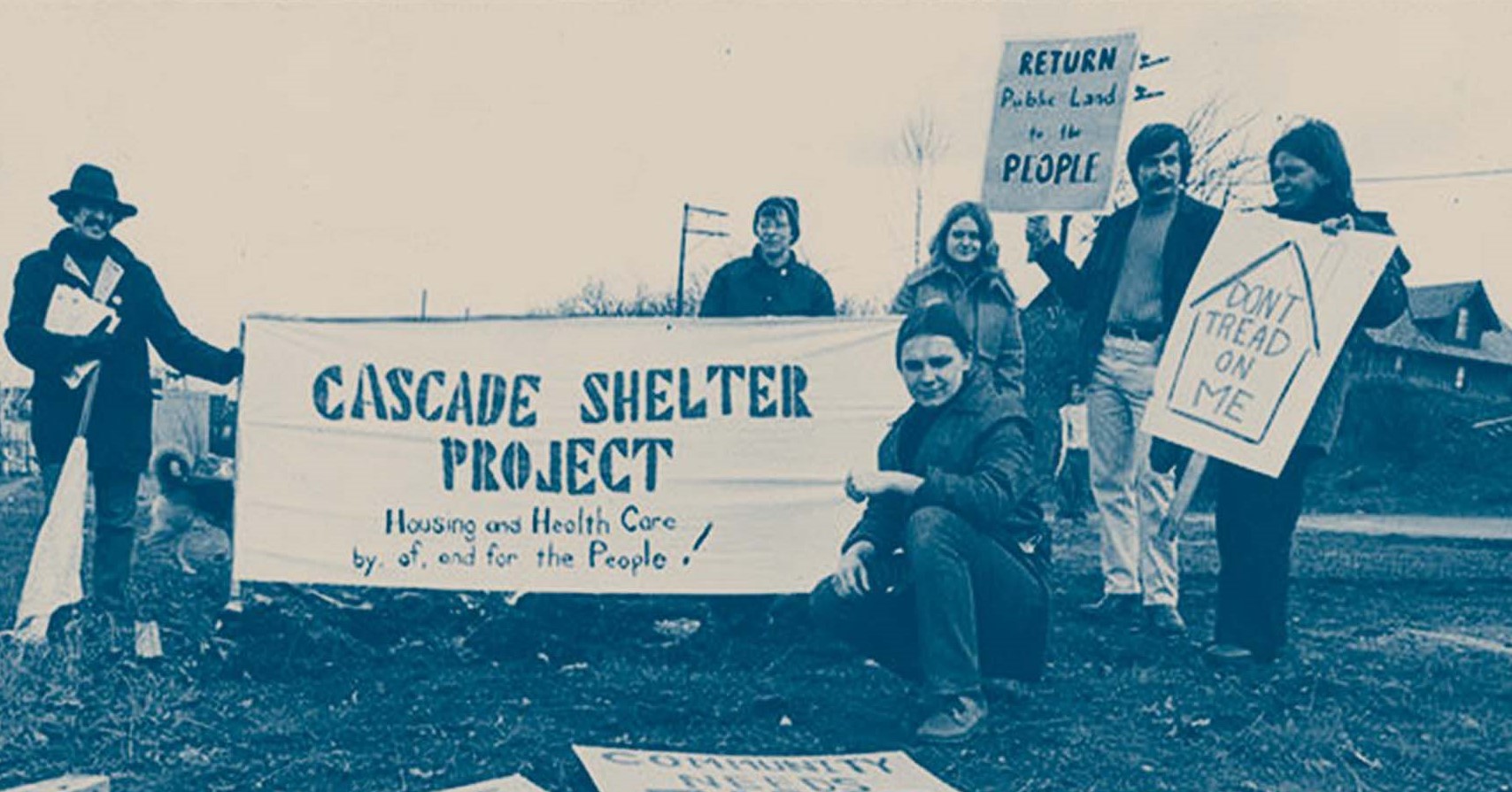 Chopp, who was the state’s longest-serving speaker of the House, is quick to rattle off his progressive wins — expanded publicly funded health insurance, affordable housing and LGBTQ marriage rights. Having faced so many challengers from the left during his tenure, he’s used to defending his record.

“I should point out that [being an elected official] is not necessarily ‘establishment,’ ” Chopp said. “The idea is you want to be an activist both inside and outside the Legislature.”

His most recent challenger, Sherae Lascelles of Seattle People’s Party, portrayed Chopp as an establishment politician. Lascelles blamed Chopp’s leadership for stalling progressive policies in the Legislature. Sahabu, a constituent, refers to this as getting “Chopp’d.” Sahabu argues that, during his speakership, Chopp was simply “going with the flow” and planting himself in the “middle of the road,” despite representing a very progressive district.

“Every politician in Seattle claims to be progressive,” Sahabu said. “It's just a term that politicians believe they need to claim in order to get elected. And, you know, I think folks are starting to see that it’s kind of just a surface-level thing.” 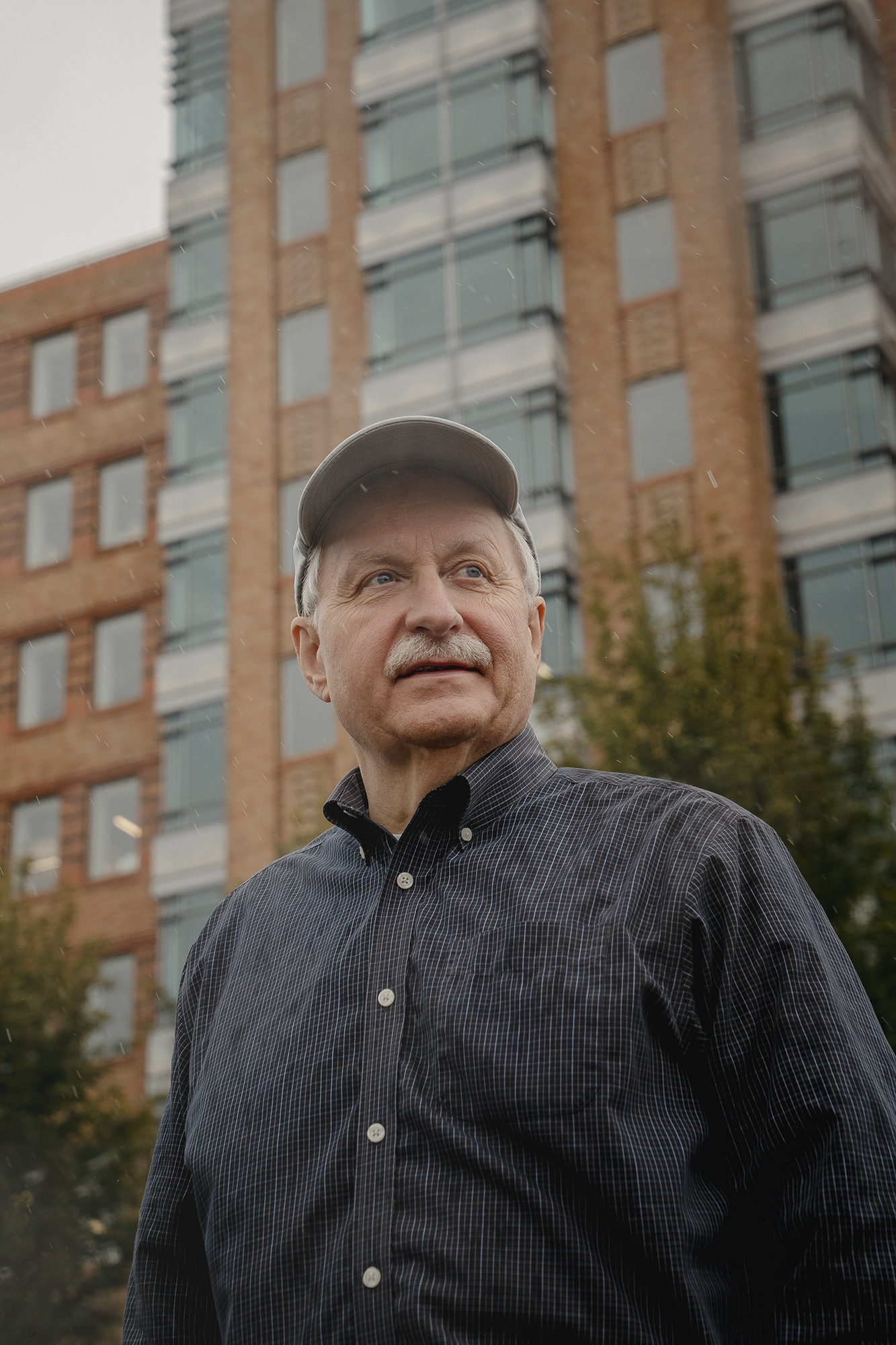 Rebecca Parsons, a Democratic Socialist candidate who in 2020 challenged U.S. Rep. Derek Kilmer, D-Gig Harbor, says that where politicians go wrong, even self-proclaimed progressives or activists, is in the pocketbook.

Kilmer’s $1.6 million 2020 campaign took corporate money, including donations from Amazon, Boeing and Microsoft, according to OpenSecrets.org. Parsons’ $310,000 campaign did not receive any political action committee donations.

Binda is a young activist dipping his toe into the world of electoral politics in a small race, and funding from big business is not yet threatening his progressive principles. The largest contribution to his $16,000 campaign is $2,000 from the International Union of Painters and Allied Trades District Council No. 5. Binda also personally contributed $42 to his campaign. His opponent, Utter, could, as of late August, boast that all of her $401 campaign was self-funded, according to data from the state Public Disclosure Commission.

Binda says he’s keeping close to the grassroots on his campaign trail. He pointed to the late U.S. Rep. John Lewis, a civil rights movement hero before being elected to Congress, as his role model because of Lewis’ dual approach working from outside and  inside of the political establishment. Like many before him, Binda sees himself as someone who can change the system he hopes to join, rather than be changed by it.

“I’m gonna go in there and make the decisions that I promised to the people,” Binda said, “because, at the end of the day, that’s the best I can do.”