With Kim Wyman leaving for a job in the Biden administration in November, Gov. Jay Inslee will need to appoint a replacement soon. 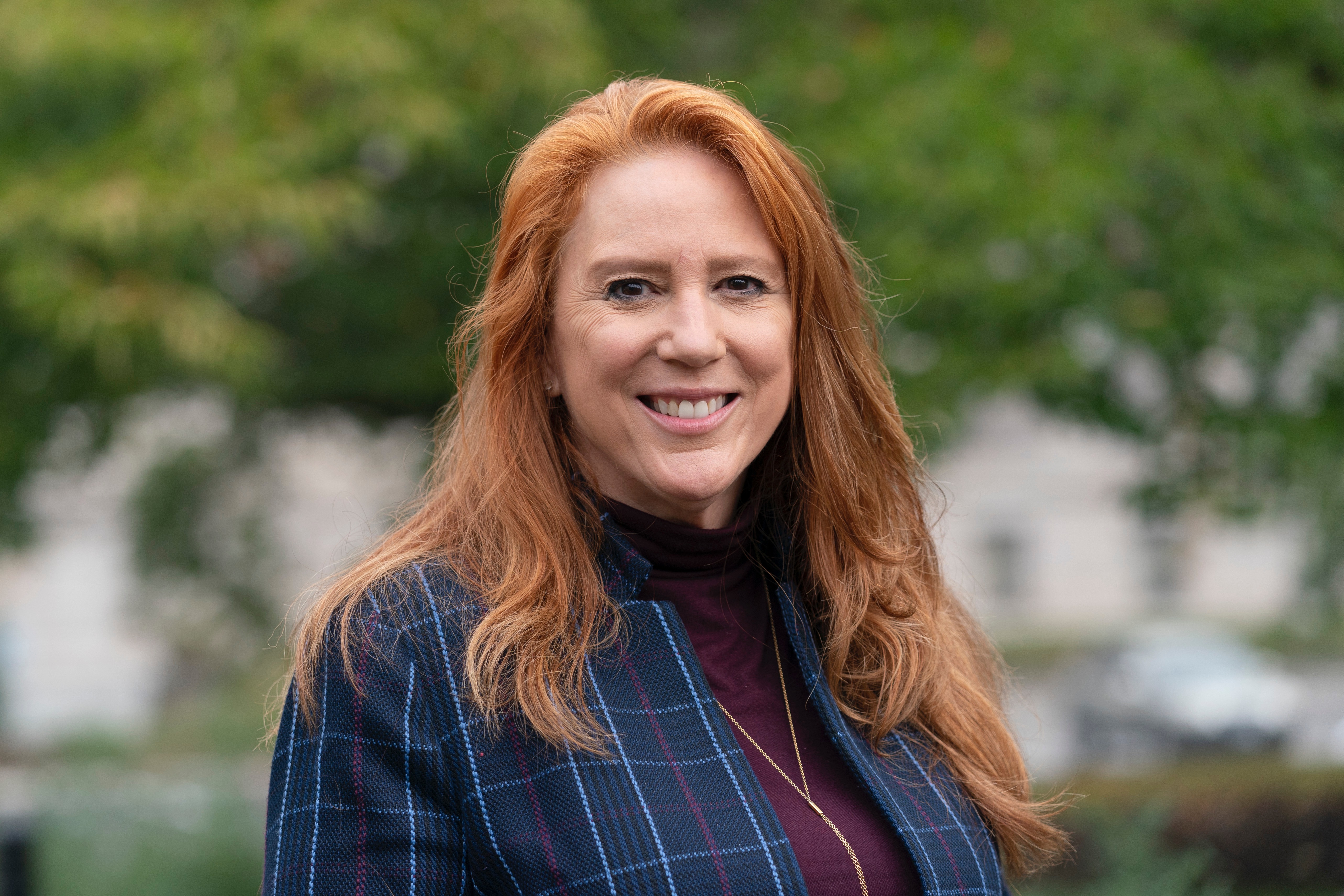 Still, within hours of Wyman’s confirmation that she had accepted the federal role, people in local political circles began floating ideas for who her replacement should be.

Wyman confirmed Tuesday that she will resign Nov. 19 to become the senior election security lead for the federal Cybersecurity and Infrastructure Security Agency (CISA). Wyman, who won re-election to a third term last fall, is the only Republican statewide elected official on the West Coast outside of Alaska.

Now, Gov. Jay Inslee, a Democrat, is tasked with appointing a replacement secretary of state who will serve through November 2022. That’s when a special election will be held to determine who will complete the final two years of Wyman’s term.

Unlike when vacancies arise in state legislative positions, Inslee has a great deal of freedom in whom he picks for the secretary of state job. He doesn’t have to choose another Republican to succeed Wyman, nor does he need to pick from a list of candidates forwarded by party officials.

“No decisions have been made today. Nothing is off the table,” Inslee spokesperson Tara Lee wrote in an email Tuesday. Lee added that it was “unclear at this point” when the governor might make his decision.

Caleb Heimlich, the chair of the state Republican Party, said in a statement Tuesday that whoever Inslee appoints should be a Republican, like Wyman, “to listen to the will of the voters” who chose a Republican secretary of state last year.

Wyman, for her part, has been known for taking a nonpartisan approach in her job supervising the state’s elections. She has repeatedly pushed back against unfounded claims of massive voter fraud that have come from members of her own party.

On Tuesday, Crosscut spoke with several people in state and local politics about whom they would like to see fill Wyman’s shoes. Here are some of the names that have been floating to the top.

Hall is the auditor in Thurston County, where Olympia, the state capital, is located. She has held that position — which primarily involves running the county’s elections — since 2013. Before that, Hall worked as the elections supervisor in Pierce County.

Tina Podlodowski, chair of the Washington State Democrats, said Hall is, in her mind, the most obvious choice to take over for Wyman because of her long career in elections, which dates back to 1996. (Podlodowski ran against Wyman for secretary of state in 2016 and lost, but she said Tuesday that she isn’t interested in being appointed to the job.)

While Hall identifies as a Democrat, she has followed Wyman’s lead in running her office in a nonpartisan fashion, Podlodowski said. Last month, Wyman named Hall the state’s Auditor of the Year for Hall’s work on the 2020 election.

“I just think Mary is someone Republicans and Democrats could all get behind,” Podlodowski said Tuesday.

Reached by phone midday Tuesday, Hall said she hadn’t been contacted by the governor’s office, but “it would be an honor” to be chosen to step into the job.

After 25 years working in elections, "I think I could hit the ground running quite easily,” Hall said.

Anderson is the auditor in Pierce County, where she oversees elections. She’s had that job for 12 years; before that, she was on the Tacoma City Council.

Anderson, whose office is nonpartisan, has publicly declared in recent years that she is not associated with either the Republican or Democratic parties. In a text message Tuesday, Anderson said she wasn’t sure whether the governor would appoint someone to the position “who isn’t affiliated with a political party.”

But three other people who spoke with Crosscut mentioned Anderson as a contender for the job.

Vicky Dalton, the auditor in Spokane County, said she would be “very pleased” if Anderson was chosen to become secretary of state. She said Anderson “has that specific trait for bringing people together and producing a much better result.” Anderson often demonstrated that skill while serving as the president of the state association of county auditors from 2020 to 2021, Dalton said.

In her text message to Crosscut, Anderson said she would be honored to be considered for the appointment, which she called “a natural extension of my 30 years of public interest executive leadership.”

Wise is King County’s director of elections, a job she’s held for six years. She worked as an elections administrator for many years before that, too.

Paddy McGuire, the auditor in Mason County, said he wants to see someone with direct election experience step into the job of secretary of state. Along with Hall and Anderson, Wise has that, he said.

Wise echoed that she, too, would be honored to be in contention for the job, although she said she had not been approached by the governor’s office as of Tuesday afternoon.

”I’m not sure I can say definitively one way or the other until that call to service is made but I’m always happy to talk about ways I can be of service to the voters and continue to safeguard our elections,” Wise wrote in an email.

Tarleton, a former Democratic state lawmaker, ran against Wyman for secretary of state last year and lost. She told Crosscut Tuesday that she has decided she will seek the appointment and has already relayed her interest to the governor’s office.

McGuire said he thinks Tarleton would be a good choice because of her background in cybersecurity, which he described as “a really important component these days” in elections administration. Tarleton worked as a defense intelligence analyst at the Pentagon from 1981 to 1990 and later worked at a science and engineering company, where she worked on contracts with national intelligence agencies.

But Podlodowski, the state party chair, said although she thinks Tarleton would do a good job, Tarleton might be a more controversial and politically difficult choice, since she so recently lost an election for the position.

State Sen. Steve Hobbs, D-Lake Stevens, is also rumored to be in contention for the job. Multiple people contacted Crosscut about Hobbs' interest in potentially leaving the Legislature to become secretary of state.

Hobbs, one of the Senate's most conservative Democrats, chairs the state Transportation Committee. In that role, he routinely has expressed concerns about some Democratic proposals — including Inslee's longstanding push to enact a low-carbon fuel standard, which would require cleaner gas and diesel for cars and trucks.

Hobbs confirmed in an email to Crosscut that he had been talking to people about the appointment.

"I have been asked to consider it by others due to my leadership, experience and history of seeking bi-partisan solutions," Hobbs wrote Wednesday morning. "I am a dedicated public servant and if asked by the Governor I would be honored and give it serious consideration."

Hobbs, a lieutenant colonel, was tapped last year to lead the Guard's response the COVID-19 pandemic in Western Washington.

Heimlich, the state Republican Party chairman, said there are plenty of good Republican candidates for the job. One person he mentioned was Charles Ross, a former Republican legislator who now is the auditor in Yakima County.

Ross told Crosscut he is very happy with his current role and isn’t pushing for the appointment. Ross said he thinks there are many other good Republican choices among county auditors. He named Clark County Auditor Greg Kimsey and Chelan County Auditor Skip Moore as two possibilities.

Anderson said she thinks someone within the Secretary of State’s Office could also be a good choice. She named Sheri Nelson, deputy secretary of state, and Lori Augino, state elections director, as possibilities.

Whoever is appointed may have a leg up in the 2022 election, if they choose to run, since they would be viewed as the incumbent officeholder.

While Washington state hasn’t elected a Republican governor in decades, Republicans have held the secretary of state’s office since 1965 and don’t want to lose it.

Chad Minnick, a GOP political consultant, said that if Inslee chooses a Democrat for the position, it will fuel anger among those Republican voters who already think elections are rigged and rife with fraud.

“That would really charge up the base going into next year,” he said.