Seattle mayoral candidates debate public health and safety tonight at 7. You can watch the debate here. 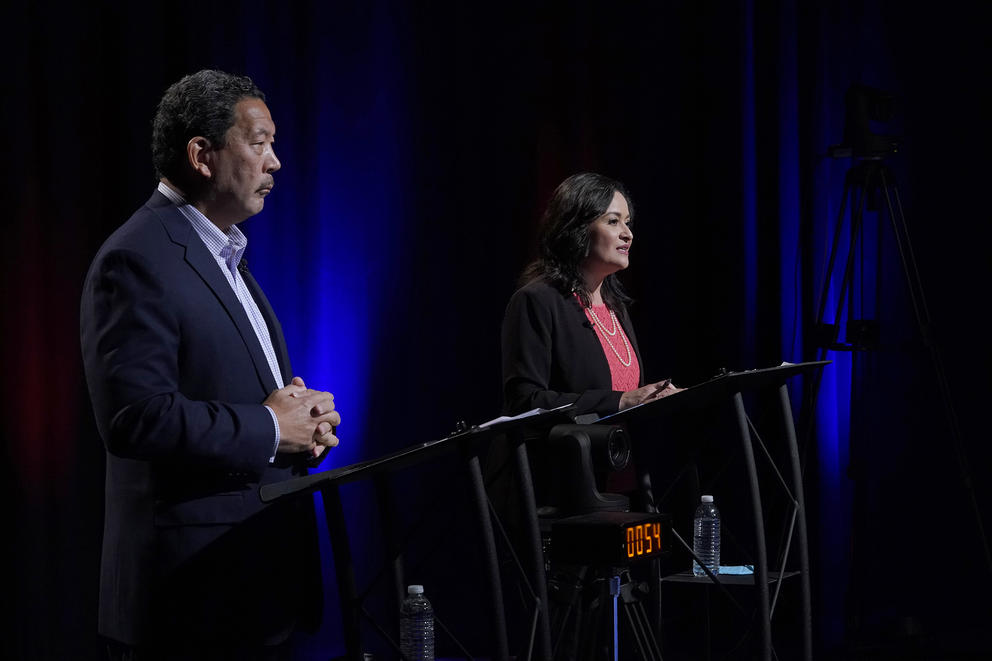 Bruce Harrell, left, and Lorena Gonzalez take part on Oct. 14, 2021, in the first of two debates in Seattle scheduled before the November election for the office of mayor. (Ted S. Warren/AP, Pool)

The Washington State Debate Coalition will broadcast a debate between Seattle mayoral candidates Lorena González and Bruce Harrell at 7 p.m. Thursday in the KCTS 9 studio of Cascade Public Media.

The debate, which will focus on public health and public safety, will be streamed live from this page. Crosscut is one of a large group of media partners presenting this program.

Before the debate, the coalition invited the public to send in questions, which helped inspire the questions four moderators will ask the candidates Thursday evening.

KIRO 7 reporter Essex Porter will host the debate, with journalists David Kroman of Crosscut, Hana Kim of Fox 13, and Hanna Scott of KIRO Radio on the panel.

The Washington State Debate Coalition,  founded by the Seattle CityClub in 2016, has produced public debates all over the state, including ones involving gubernatorial and congressional candidates. The coalition is supported by media, educational and civic organizations.

You can watch the previous debate coalition broadcast, which focused on business and the economy, on Crosscut.

by / December 27
Inside Crosscut