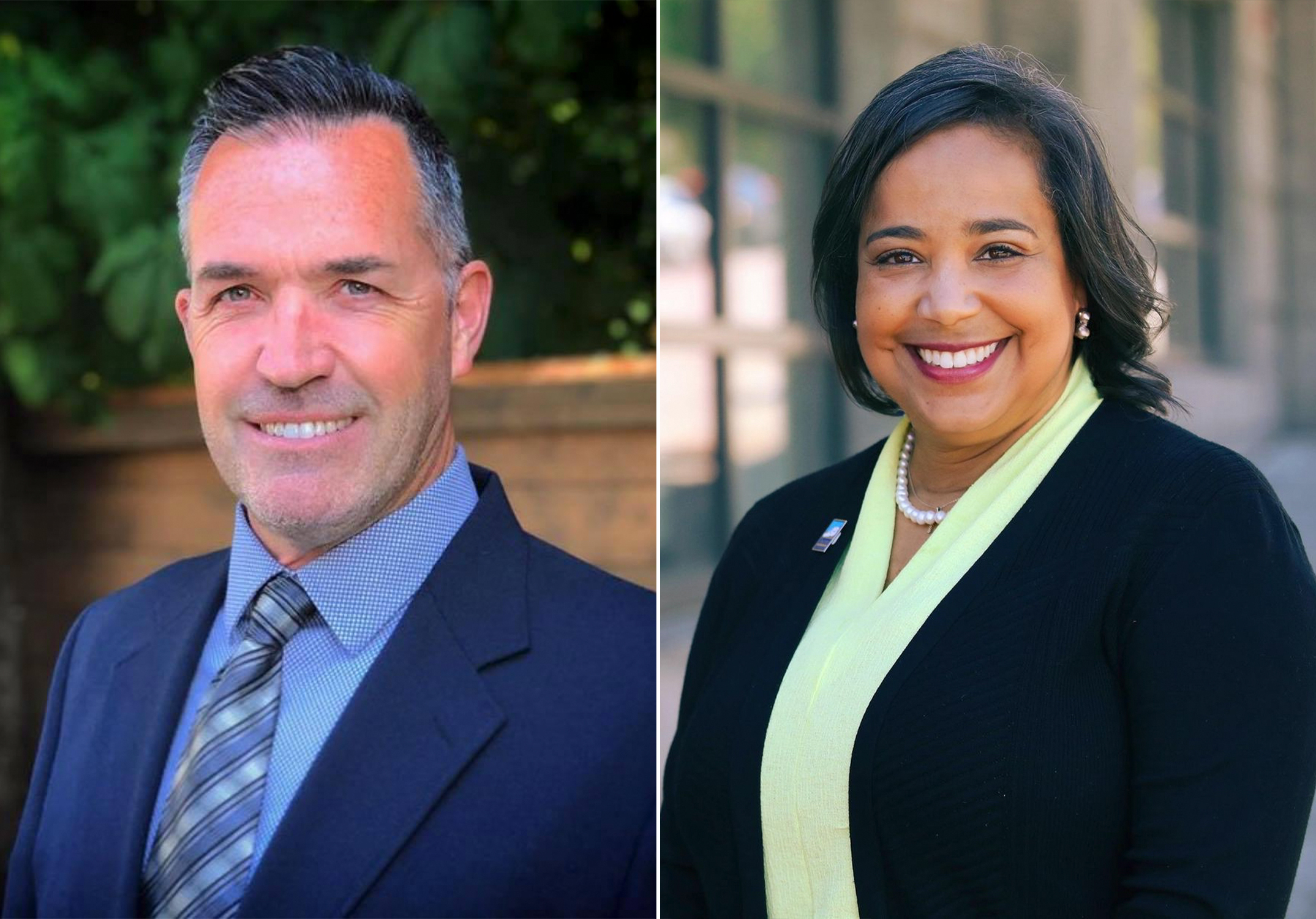 The candidates for Tacoma mayor, Steve Haverly  and Victoria Woodards, are meeting in a debate at 7 p.m. Wednesday, Oct. 6. Crosscut's Melissa Santos is the moderator. (Courtesy photos)

On Wednesday, Oct. 6, Crosscut will livestream the debate between the two candidates for Tacoma mayor, Victoria Woodards and Steve Haverly. The debate will start at 7 p.m. You can come back to this page to watch it live.

The debate is sponsored by the Tacoma City Club, Equitable Future, Pacific Lutheran University and the Washington Debate Coalition. Crosscut is a member of the Debate Coalition, and Crosscut politics reporter Melissa Santos will moderate the debate. Santos previously spent eight years as a reporter at The News Tribune, Tacoma’s daily newspaper.

Woodards, the incumbent, is finishing her first term as mayor. Haverly is a political newcomer who works in construction management. You can read more about the candidates in this story we ran earllier this week.

The questions you’ll hear during the debate were shaped by a public survey of Tacoma residents, which was designed and fielded by the consulting firm Equitable Future. Through that online survey, Tacomans said they most wanted to hear the candidates discuss housing, homelessness and public safety/policing.

Based on that feedback, the debate will include a round of questions on each of those topics. Questions will also delve into issues of racial equity. Although climate change was slightly further down Tacoma residents’ list of priorities, the debate will try to address that important topic, too.

Watch the debate starting at 7 p.m.