King County races: What to watch as election results roll in

King County voters will choose their next executive and five county council members. 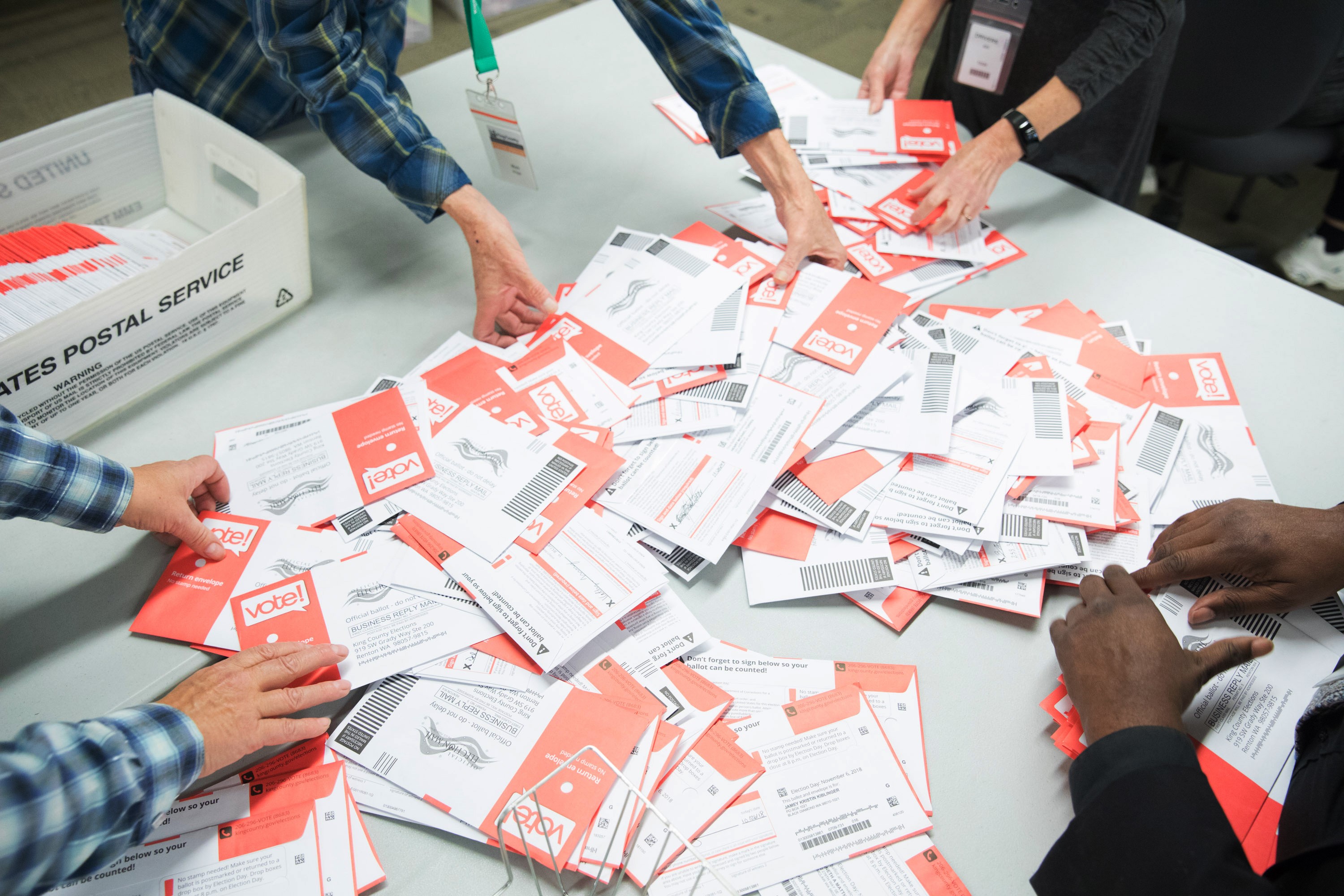 Seattle races aren’t the only contests on the ballot in Tuesday’s election.

Voters will also decide who will lead King County as its next executive, a job that involves managing about a dozen departments and holding veto power over legislation passed by the King County Council. The incumbent is seeking his fourth term.

A majority of King County Council seats are also up for election, with five incumbent council members facing challengers this year.

Many local cities, including Bellevue, Kent, Renton and SeaTac, also have competitive city council races on the ballot.

Here are some of the races to watch Tuesday that aren’t about Seattle City Hall. Ballots must be postmarked by Tuesday, Nov. 2, to be counted, or they can be returned to a ballot dropbox through 8 p.m. Tuesday. The first batch of results is expected to post online by 8.15 p.m., according to the King County elections office. The results will be posted soon afterward on Crosscut.

Dow Constantine wants another four years as King County executive. State Sen. Joe Nguyen wants to thwart Constantine’s ambitions and put him out of a job.

The two men are competing for the county’s top leadership role in a race that, at times, has gotten a bit snippy.

Constantine, 59, has criticized Nguyen’s resume, saying the 38-year-old state senator lacks experience. Nguyen, a program manager at Microsoft, is now serving his first term in the Legislature after first winning election in 2018.

Constantine’s political career, meanwhile, stretches back to the mid-1990s and includes time in both chambers of the Legislature, as well as several years on the King County Council.

Both men are Democrats, but Nguyen says some of Constantine’s actions haven’t lived up to his rhetoric. One flashpoint between the two candidates has been their perspective on the  county’s new Children and Family Justice Center, which includes a juvenile detention facility. Nguyen said he would never have built the detention portion of the building; Constantine said the new facility was necessary to replace an aging, unsafe building, as well as to comply with state requirements. Constantine recently pledged to close the juvenile detention portion of the facility by 2025.

Constantine had a healthy lead in the August primary election, capturing 52% of the vote to Nguyen’s 33%. That leaves Constantine — whose campaign has raised substantially more money — in a comfortable position heading into election night. If Nguyen manages to eke out a win, it would be a major upset.

Five out of nine King County Council positions are up for election on Tuesday. The most competitive appears to be the contest between incumbent Kathy Lambert and challenger Sarah Perry, who are competing to represent District 3, which includes suburban and rural communities east of Lake Sammamish.

Lambert is a former Republican state legislator who has served on the King County Council for 20 years. Perry is a fundraising consultant who has worked for nonprofits and, in recent years, for Democratic campaigns.

Lambert captured only about 40% of the vote in the August primary, while Perry and another Democratic candidate combined to win 59%.

The two candidates disagree on many policy measures, including how much change should happen in policing and how to make progress in addressing homelessness.

But the biggest controversy in the race has been over a mailer that Lambert sent that featured one of her colleagues, King County Councilmember Girmay Zahilay. The ad was widely decried as racist and caused Lambert’s council colleagues to vote to remove her from committee leadership positions, a move that Lambert also voted to support.

Four other county council members are also defending their seats. In District 5, incumbent Councilmember Dave Upthegrove is being challenged by Shukri Olow, the youth development lead with King County’s Best Starts for Kids program.
Then, in the District 7 race, Councilmember Pete von Reichbauer faces a challenge from Dominique Torgerson, a resident of unincorporated King County who started a home-based brewery business. In District 9, Councilmember Reagan Dunn is defending his seat against a challenge from Kim Khanh-Van, a Renton City Council member and immigration attorney.

Each of those three districts covers parts of south King County.