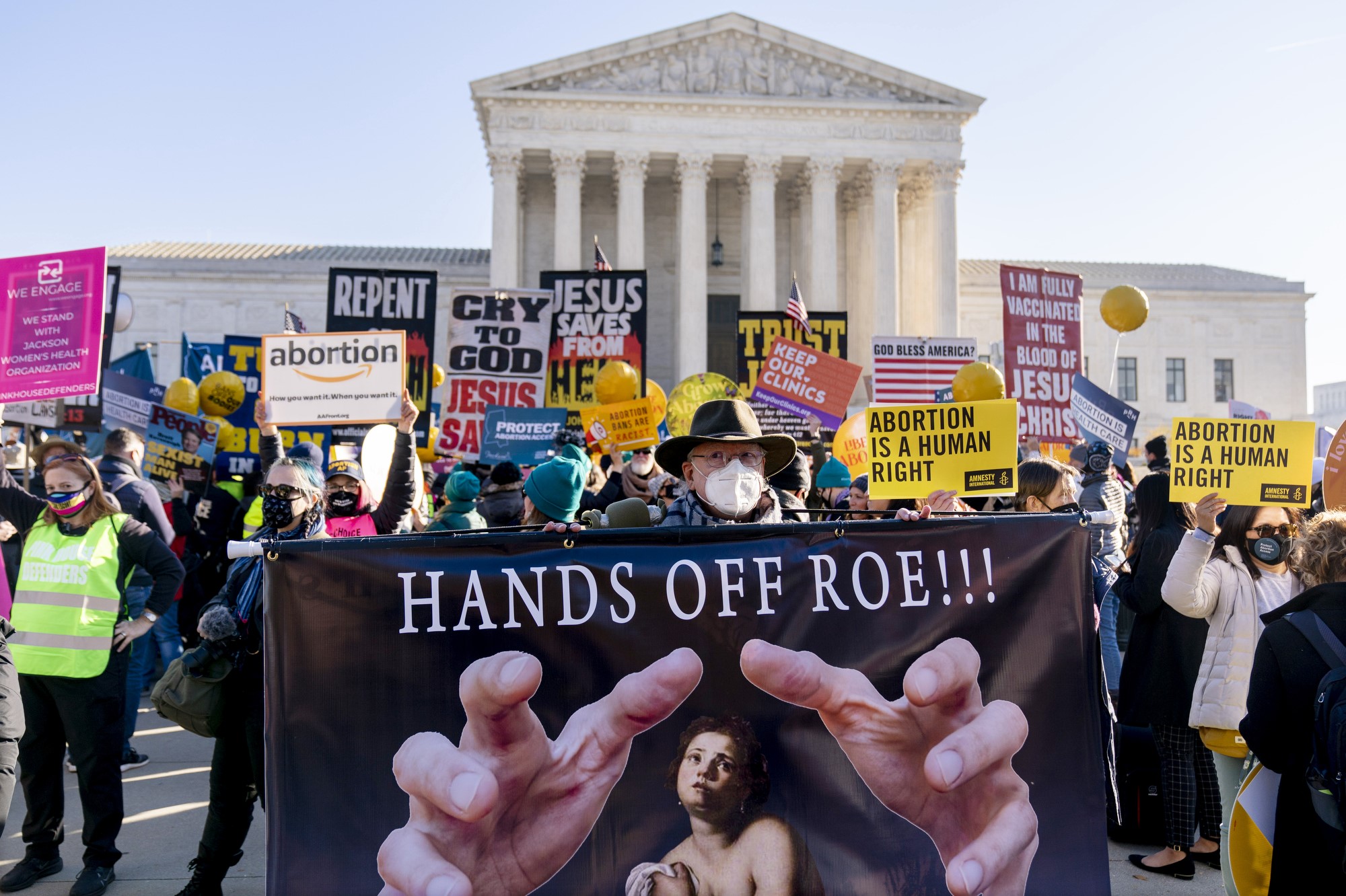 As the U.S. Supreme Court weighs whether to uphold new abortion restrictions in Mississippi, advocates across the country fear the court may roll back Roe. v. Wade — but, even if that happens, Washington state residents would be unlikely to see their abortion access curtailed.

That’s because Washington state voters have already approved stringent protections for abortion rights. Those state-level protections would remain in place even if the court upholds the Mississippi law, which seeks to ban abortions after 15 weeks of pregnancy, said Patricia Kuszler, a law professor at the University of Washington.

“For states that have a viability standard, like what we have here in Washington, that would not be taken away by what the Supreme Court does,” Kuszler said.

Kuszler is referring to the Washington state law that protects a person’s right to terminate a pregnancy any time before the fetus is considered viable, which is when it can survive outside the womb. That’s long been considered to be a gestational age of about 24 weeks.

Washington law also allows pregnancies to be terminated even later, if doing so would protect the health or life of the birth parent.

Washington voters enshrined those principles into state law 30 years ago by approving Initiative 120. The 1991 ballot measure passed narrowly, with about 50.1% of the vote.

Since then, a larger share of Washingtonians have indicated they support abortion access. In a 2014 Pew Research Center survey of Washington residents, 60% of the 714 people surveyed said abortion should be legal in all or most cases.

State Rep. Eileen Cody, a West Seattle Democrat who chairs the House Health Care & Wellness Committee, said she doesn’t foresee the state’s Democratic majority in the Legislature enacting new restrictions on abortion, regardless of what the U.S. Supreme Court decides in the Mississippi case.

Cody, for her part, said she won’t let bills that would restrict abortion access advance through her committee, limiting the ability of such measures to become law.

Cody added that Washington’s history of supporting abortion rights runs deep, predating the 1991 initiative and even the 1973 Roe v. Wade decision, in which the U.S. Supreme Court affirmed abortion access as a constitutional right.

For many decades, abortion was illegal in Washington state, as it was in many states across the country. But in 1970, Washington voters approved Referendum 20, which established a limited right for women to access abortions. The referendum, which passed with more than 56% of the vote, legalized abortions before four months of pregnancy — although it required married women to get their husband’s permission and minors to get a guardian’s permission to undergo the procedure.

In 1973, the state referendum was superseded by Roe v. Wade, and later, Initiative 120, which codified the expansive protections of Roe v. Wade in Washington state law. The state initiative also went a step beyond federal law by providing state funding for abortions, something banned at the federal level by the Hyde Amendment.

Cody, who has served in the Legislature since the early 1990s, said part of the goal of Initiative 120 was to insulate Washington from future erosions of abortion rights, should a conservative majority come to dominate the U.S. Supreme Court.

That’s where the nine-member court finds itself today, after former President Donald Trump, a Republican, appointed three conservative justices during his four-year term. Trump stated publicly during his 2016 campaign that he planned to create a court that would overturn Roe.

Now, the people who pushed Initiative 120 across the finish line 30 years ago may finally see it act as the backstop it was intended to be, Cody said.

Even if Washington residents would be largely unaffected by the court’s decision, Cody said she remains worried that the high court will erase the nationwide protection for abortion rights provided by Roe v. Wade. That would most likely create “a patchwork” of abortion laws that vary from state to state, she said, which could lead to an influx of people coming to Washington from more conservative states, such as Idaho, to access abortions.

The high court has yet to make its decision. But Kuszler, the UW law professor, said several justices’ comments during last week’s hearing “seemed to indicate they were willing to depart” from the legal standard set in Roe v. Wade, as well as the standard set by a later abortion-rights case, Planned Parenthood v. Casey.

That said, “I have learned never to predict what the Supreme Court is going to do,” Kuszler said.

“We will not know until June, and it could go any other way,” Kuszler said. “We just do not know.”