About 49.7% of voters in Seattle City Council District 3 approved the recall, with 50.3% voting to retain Sawant. 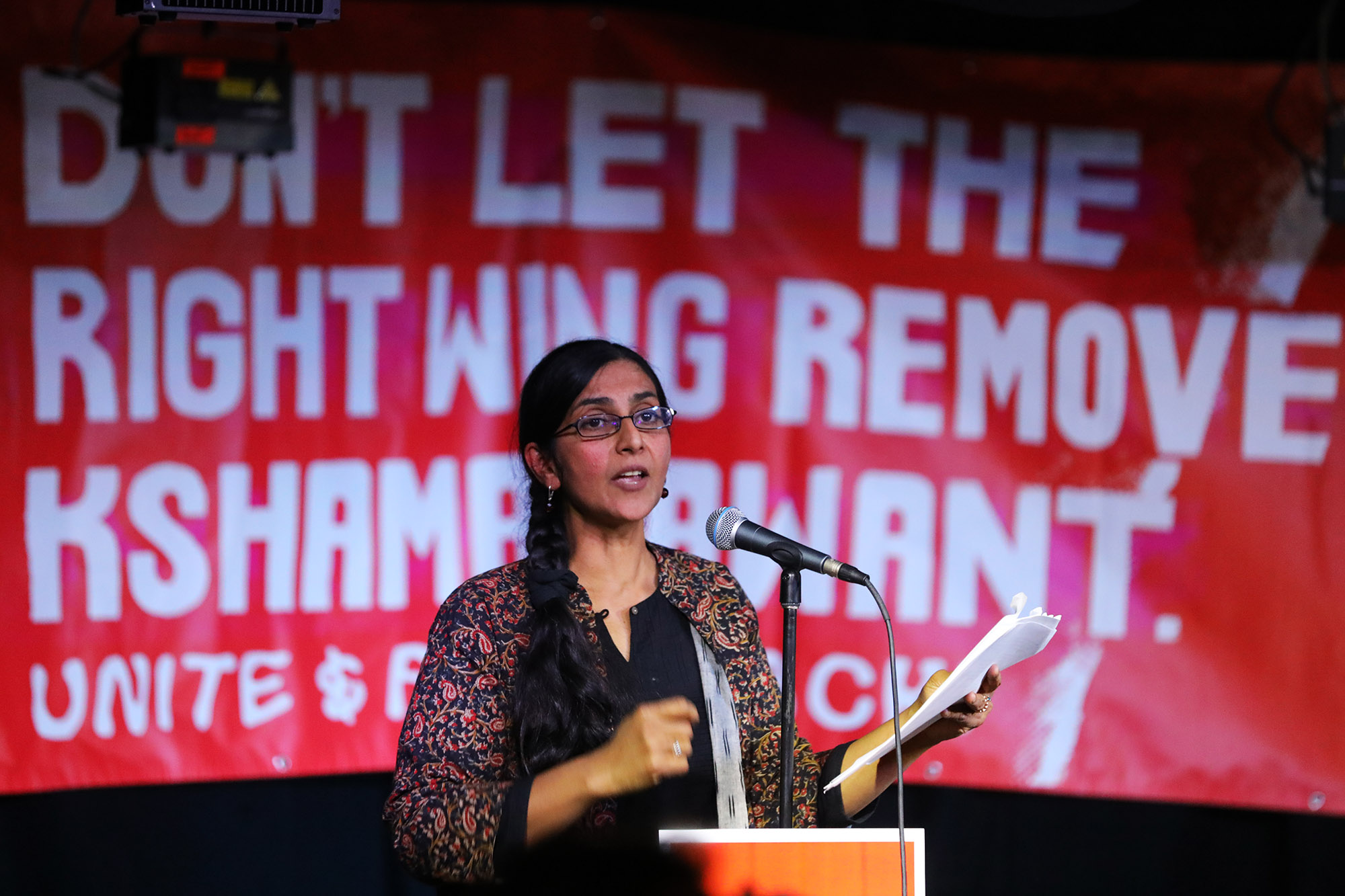 Kshama Sawant speaks to her supporters gathered at Chop Suey in Capitol Hill as results come in for her recall vote, Tuesday, December 7, 2021. She has pulled ahead in the vote count in the last two days and is expected to hold on to her District 3 City Council seat. (Genna Martin/Crosscut)

With nearly all the votes counted in the recall election to unseat Kshama Sawant, the Seattle City Council member pulled ahead Thursday and is looking more likely to keep her job.

As of Friday afternoon, about 49.7% of voters in Seattle City Council District 3 approved the recall, with 50.3% rejecting the move, thereby retaining Sawant – a difference of 249 votes. King County Elections reported that several hundred ballots were challenged, but future updates expected to be small.

"It appears we have defeated the combined efforts of big business, the right wing, the corporate media, the courts and the political establishment who sought to remove our socialist council office by any means necessary," Sawant told supporters Friday morning, before the latest vote totals were released. "In other words the wealthy and their representatives in politics and the media took their best shot at us and we beat them again."

Seattle voters have had a history of swinging left in later returns, which in the past has pulled Sawant to the top after being behind in initial returns. If this vote trend holds, which appears to have been the case again, the woman who sits on the far left of the council will likely continue her council term, which is next up for a vote in 2023.

At Sawant’s election night event on Tuesday, the seven-year council member steeled her supporters for a possible defeat.

“We have proudly and powerfully fought back in a way that should be an example to all working people, regardless of ultimately whether we win or lose,” she said. “The working class will have setbacks … even if we do everything right, even if we fight with every ounce of courage, because this bankrupt system is stacked up against us. We do know, however, we do know, if we don't fight we will never win.”

But the mood at the end of the evening was optimistic, as the recall attempt ended up ahead by 2,000 votes.

Sawant’s runs for city council have gained national attention from all over the political spectrum ever since her first challenge to Conlin, as Sawant aimed to be the first Socialist to sit on the Seattle City Council in over a century. Now, she is the longest-serving Seattle city council member.

Sawant has become a symbol on the left for progressive causes and a target from the right for many of the same reasons. She has pushed for the $15 minimum wage, protections for renters, defunding the police and a city tax on Amazon and other large corporations.

During her election night event, Sawant said other progressives who ran in Seattle in November fell short because they did not embrace these causes strongly enough.

But rather than criticizing her politics, the Recall Sawant campaign accused the council member of wrongdoing. Recall supporters said she broke her oath of office by using city funds to push for a potential 2020 ballot measure on a new Seattle tax for large corporations. They also  accused her of violating outgoing Mayor Jenny Durkan’s privacy by taking part in a protest at the mayor’s house and of opening City Hall to protesters when the building was closed during the pandemic.

The Kshama Solidarity Campaign, which has campaigned in support of retaining Sawant, told Crosscut earlier this year that the recall campaign is part of “a nationwide right-wing backlash against Black Lives Matter” and other progressive causes.

Both the recall and her supporters poured nearly $1 million on each side for the Dec. 7 recall election. District 3, which includes Capitol Hill, the Central District, Madison Park, Madrona, Yesler Terrace and parts of Little Saigon, Beacon Hill and South Lake Union, has 77,000 voters.

On election night, Sawant reminded her supporters of the symbolic importance of retaining her in office to embolden other progressives worldwide.

“If a small revolutionary socialist organization in Seattle can beat the richest guys in the world, again and again, you can be sure that all the organized power of the wider working class can and will change society,” Sawant said.

Update: Story has been updated to reflect Friday's vote tally and to add a quote from Sawant.