How punishing people for 'doxxing' could prove tricky for WA lawmakers 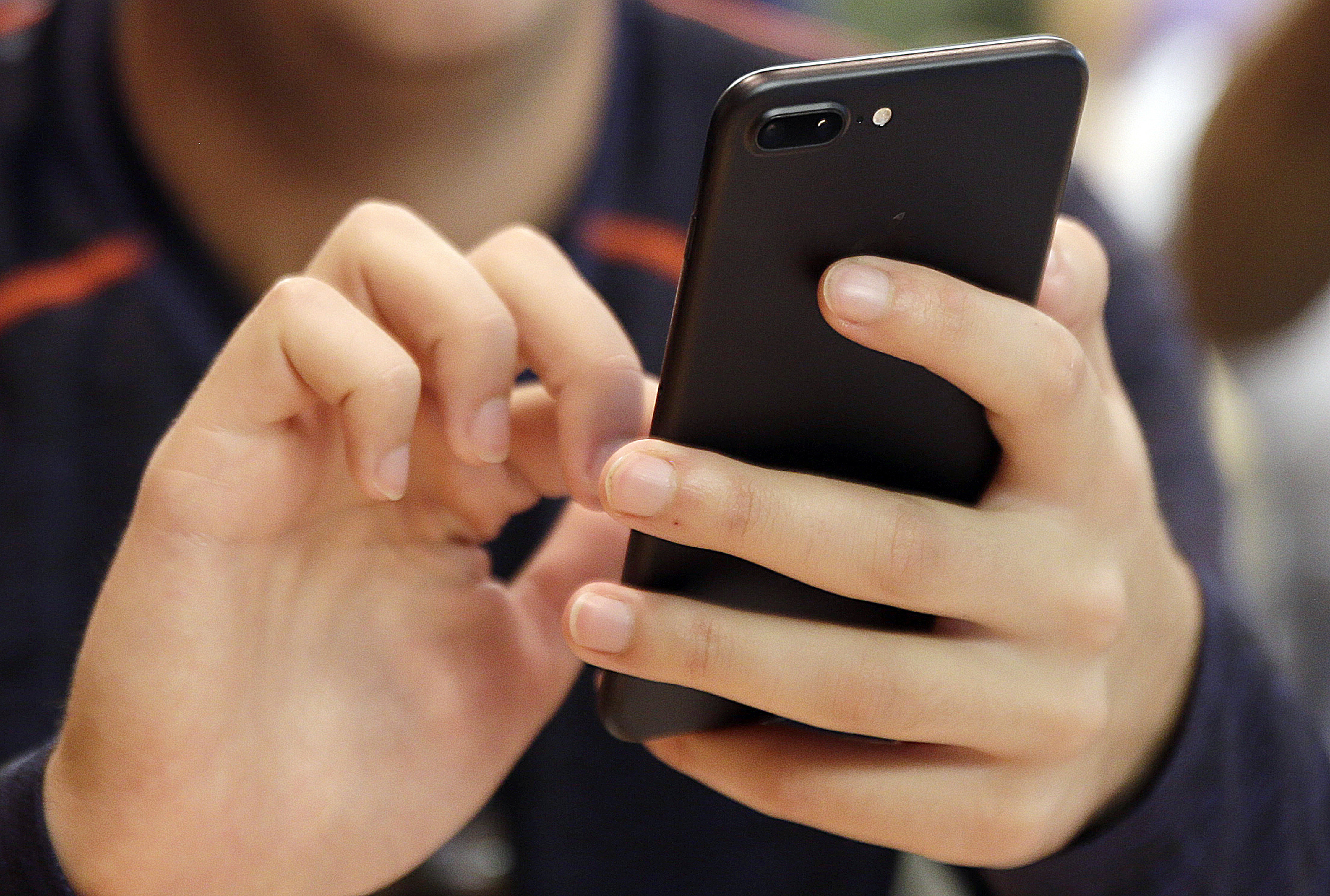 A measure proposed in Olympia, Senate Bill 5881, would make it a gross misdemeanor for people to post information about people online without their consent, a practice commonly known as ‘doxxing,’ if doing so causes that person to experience disruption or harassment. (AP file)

The mayor of Lake Stevens, a suburb about 35 miles north of Seattle, knew his career in politics would thrust him into the public eye.

When someone posted personal information about his daughter and her family online, however, Brett Gailey felt things had gone too far.

Gailey, Lake Stevens’ mayor for the past two years, said the online posts included pictures of his family members and their home address, as well as instructions for people to call and alert his son-in-law’s employer about Gailey’s political views.

No violence or threatening encounters resulted from these posts, which Gailey said were taken down in a matter of days.

Yet Gailey’s experience is part of what has spurred an effort at Washington’s state Capitol to crack down on doxxing (sometimes spelled “doxing”), a common term for the malicious online posting of people’s personal information without their consent.

Other local examples exist, some of them serious. In 2020, Washington state’s former elections director, Lori Augino, became a target of threats after she spoke publicly about the high level of security surrounding that year’s election, in which Democrat Joe Biden won the U.S. presidency. Augino’s name and address were listed on a web page describing “enemies of the people" who had stolen the election from Republican Donald Trump. Her photo was shown beneath crosshairs, like those on a rifle scope.

Supporters of a new anti-doxxing law in Oregon say members of marginalized groups have been doxxed as part of targeted harassment campaigns. So have some public health workers in Washington state.

Yet simply making doxxing a crime, as this year’s proposal in Washington’s Legislature aims to do, may not prove easy — or constitutional.

‘A work in progress’

State Sen. John Lovick, D-Mill Creek, said he introduced Senate Bill 5881 after hearing about what happened to the Lake Stevens mayor and others. He described his anti-doxxing bill as “a work in progress” that will most likely take several months to refine and perfect.

“I want to start the conversation so that we really spend some time talking about this,” said Lovick, whose district includes Lake Stevens. “These things are not going to go away unless we call attention to what is happening right now — and some people are getting harassed by this.”

As written, Lovick’s bill would make it a gross misdemeanor to post people’s personally identifiable information online without their consent, if there’s reason to believe doing so would cause them to experience harassment or physical injury.

To constitute doxxing, the online posting would also have to cause victims at least some “substantial life disruption” — but this is defined somewhat broadly. Under the version of the bill Lovick introduced last week, a “substantial life disruption” could include deleting a social media account or significantly decreasing one’s use of the internet. Sharing personal information, meanwhile, could include simply posting a person’s name.

Michele Earl-Hubbard, a Seattle-based lawyer who frequently represents media organizations, said the measure as written risks criminalizing speech that is protected under the First Amendment. That could include the work of journalists, as well as others trying to hold public officials accountable, she said.

Earl-Hubbard said she is “worried it would result in a lot of self-censorship,” as people try to avoid breaking the law, but don’t understand exactly what would constitute a violation.

Robert Gomulkiewicz, a University of Washington law professor, said that although free speech rights don’t allow someone to engage in speech that causes bodily injury, harassment or death, “when you put in, ‘experience life disruption,’ that is something that could be incredibly broad.”

While Lovick’s measure contains language saying it wouldn’t override the U.S. Constitution, that alone “is not much solace,” Gomulkiewicz said. “People are still faced with having to prove a constitutional defense after being charged in a criminal case,” he said.

Anti-doxxing bills in other states

Now, Washington lawmakers are looking to other states as potential models for how to address doxxing threats.

One such state is Oregon, where a new anti-doxxing bill, House Bill 3047, took effect last year.

The Oregon law is significantly narrower than the Washington proposal, including in its definition of what constitutes protected personal information. Under Oregon’s law, personal information includes home addresses, phone numbers and Social Security numbers, but not names.

Nor does the Oregon law actually make doxxing a crime. It instead lets victims of doxxing sue for damages in civil court.

Miri Cypers, regional director of the Anti-Defamation League’s Pacific Northwest office, said she thinks Oregon’s law balances First Amendment concerns by focusing on information posted with the intent of doing someone harm or that results in actual stalking, harassment or violence.

“It’s not just posting someone’s name,” Cypers said of the Oregon law, which she said is similar to another state law the ADL supported in Nevada. “It’s really posting identifying information with the intent to harm them.”

“The intent is to use it for real cases where people are scared to be in their homes and go about their daily lives because of threats,” she added.

Recently, Cypers said, doxxing has been used to harass members of marginalized communities, including people of color and LGBTQ activists. Cypers said the ADL wants to work with Lovick to amend Washington’s bill so that it focuses more on helping those victims by allowing them to seek damages.

In other states, advocacy groups have raised the alarm about anti-doxxing legislation potentially being used to clamp down on protesters or videotaping of police.

Leaders of the American Civil Liberties Union of Oklahoma said they believe a new anti-doxxing law in Oklahoma will be used that way. The Oklahoma law, House Bill 1643, makes it a criminal misdemeanor to electronically post personally identifiable information of police officers and other public officials — including their names — if the post is intended to be intimidating and “places that peace officer or public official in reasonable fear of death or serious bodily injury.”

“We do fully anticipate it will be applied in a way that will target protesters and chill speech,” said Cassidy Fallik of the ACLU of Oklahoma. The organization is prepared to file a lawsuit if people who post videos of police activity end up facing criminal charges under the new Oklahoma law, Fallik said.

Back in Washington state, Democratic state Sen. Manka Dhingra, the chair of the Senate Law and Justice Committee, said she plans to hold a work session focused on anti-doxxing legislation in the coming year. She said because Lovick’s bill was filed somewhat late in the 60-day session, it may be difficult to give it full consideration before the Legislature is scheduled to adjourn in March. Many high-priority bills are prefiled in December rather than being introduced after the session begins.

The ACLU of Washington hasn’t taken a stance on Lovick’s bill, given that it’s still being reworked and amended.

“The First Amendment issues regarding harassment or incitement of violence are complex, and statutes have to be carefully drawn to prevent prohibiting protected speech,” wrote Brian Robick, an ACLU of Washington spokesperson, in an email.

Gailey, the Lake Stevens mayor, said a civil remedy like Oregon’s is what he had in mind when he approached Lovick about an anti-doxxing bill.

He said he understands the need to balance First Amendment concerns, but he also is concerned about how many people he sees getting doxxed in his community, from across the political spectrum. “As a father, you want to be able to protect your kids,” he said.

Durkan, the former Seattle mayor whose home was vandalized in 2020, said she agrees something should be done to regulate online posts that expose politicians’ family members to danger or encourage others to harass them. In 2020, Durkan’s son, then a freshman in college, had to move out of their home largely for safety reasons, she said. At the time, she said, people were vandalizing their home with homophobic and misogynistic slurs and she was receiving regular death threats. Durkan previously had her address protected from disclosure because of threats she received while working as a U.S. attorney.

“I think we live in a democracy and, particularly in our city, there's a pretty wide berth given to criticism of public officials — but what about the next circle out?” Durkan said this week.

While Durkan said she thinks lawmakers need to tread very carefully, “I think for the families and the loved ones of public officials, there has to be a bright line when it comes to that behavior against them.”

Lovick said he hopes to have a thoughtful discussion before next year’s legislative session about whether civil or criminal penalties are the best approach to combating doxxing, as well as how to address First Amendment concerns.

Another measure dealing with online threats and cyber harassment, Senate Bill 5628, looks more likely to pass Washington’s Legislature this year, but it doesn’t specifically address the posting of people’s personal information as the doxxing bill would. Instead, it would address direct threats and lascivious posts used to harass people online, while making it a crime to use an electronic tracking device to track someone without their consent. 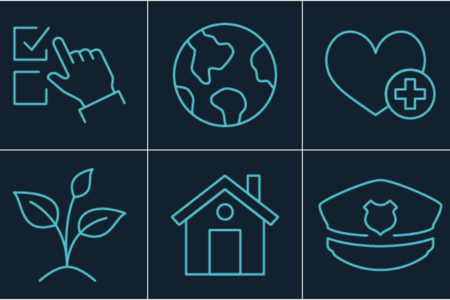