If the Legislature doesn't intervene, nonprofits and churches won't be able to host weekly farmers markets anymore without losing their tax-exempt status. 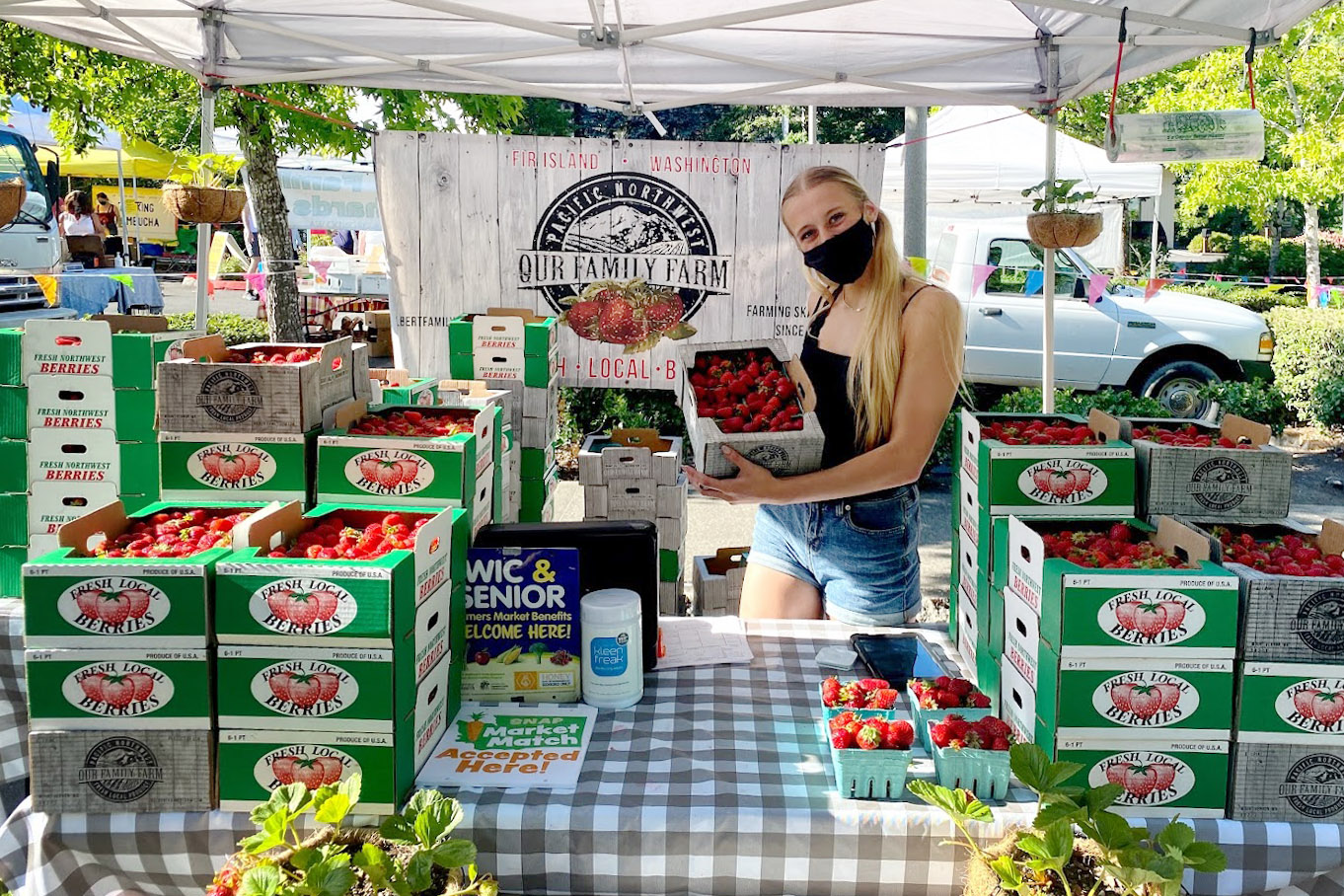 Yet, if the state Legislature doesn’t act soon, she may have to.

The Poulsbo Farmers Market is one of a handful of markets around Washington state that may have to move because of a state tax break that recently expired. The Bellevue Farmers Market has found itself in a similar situation; so has the farmers market in Friday Harbor.

The issue comes down to this: Farmers markets, by definition, involve business activity, with vendors selling fresh produce and other goods. And nonprofits and churches — like the ones hosting the Poulsbo, Friday Harbor and Bellevue markets – typically can’t engage in business activity without risking their tax-exempt status.

The Legislature made an exception in 2010, allowing churches and certain nonprofits to host weekly farmers markets without taking a property tax hit.

But that temporary dispensation expired at the end of 2020.

Now, unless the Legislature votes to put the exemption back in place, these markets may find themselves without a home.

“It caught us off guard,” said Laurel Fortin, the church business administrator at Bellevue Presbyterian Church, which hosts the Bellevue Farmers Market in the parking lot of its 11-acre property just north of downtown. 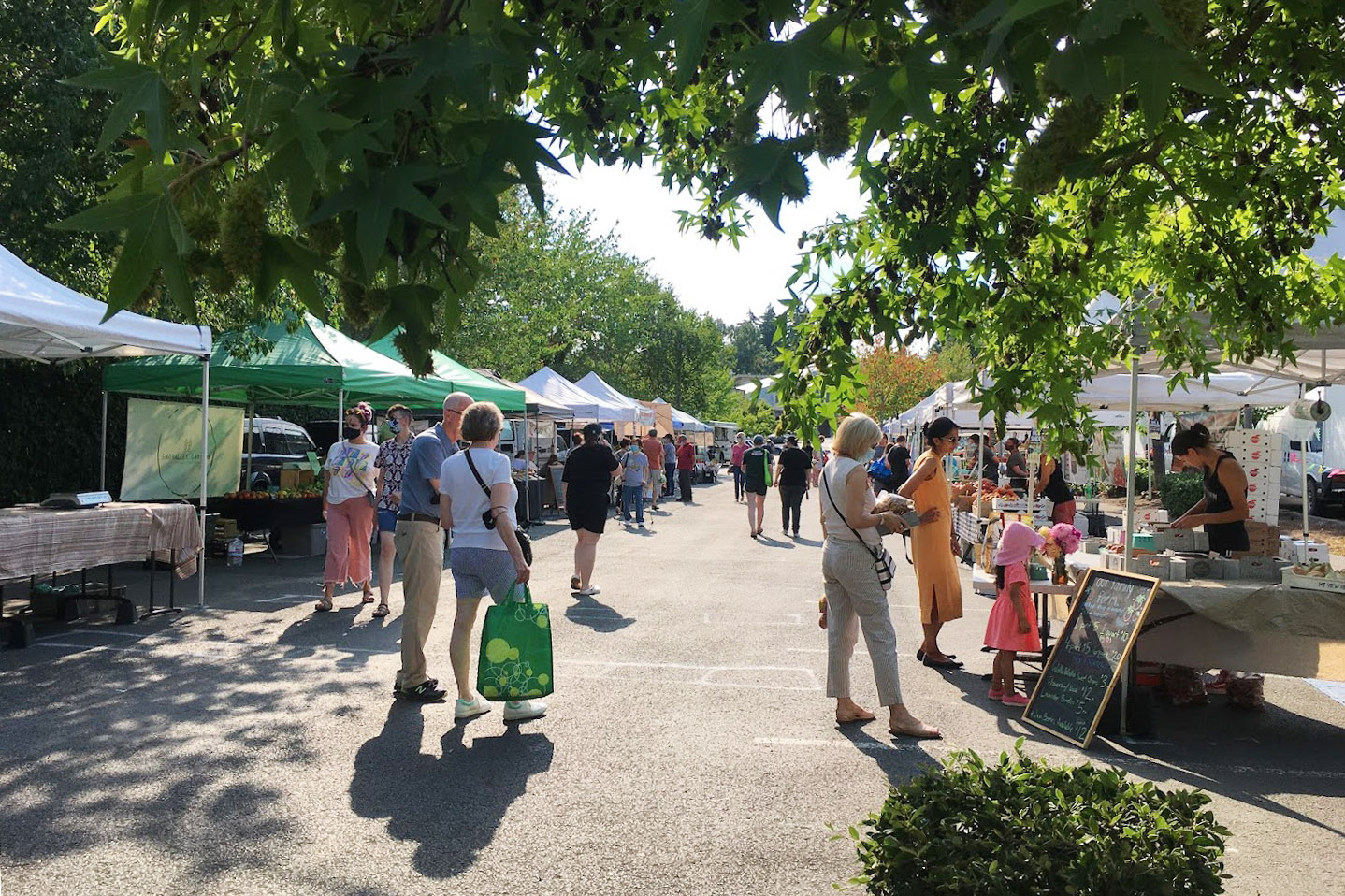 Right now, Bellevue Presbyterian saves “hundreds of thousands of dollars per year” by not paying state or local property taxes, Fortin said. Unless the Legislature approves a fix, continuing to host the farmers market would put all that in jeopardy.

“The ramifications if this legislation doesn't get through is, quite honestly, we can’t host them,” Fortin said. “We’re 11 acres in central Bellevue; that’s just not something we can consider. The property taxes are too high.”

The state Senate’s lead budget writer, state Sen. Christine Rolfes, wants to help. Rolfes, D-Bainbridge Island, is sponsoring Senate Bill 5505, a measure that would permanently reinstate the tax exemption for churches and nonprofits that host farmers markets. The bill has a hearing Tuesday, Jan. 25, before the Senate Ways and Means Committee, which Rolfes chairs.

She introduced the measure after being approached by Erickson, the Poulsbo mayor.

“Farmers markets are, in many communities, the central gathering place,” said Rolfes, whose district includes Poulsbo. “They are really important to entrepreneurs and small farmers.”

If the Poulsbo Farmers Market has to move, Erickson said she’s concerned about people in her community losing access to more than fresh produce.

“It’s also the center of the community,” Erickson said. “People from all over the area come together to buy local products and local food.” Goods sold at the market include not just local berries, mushrooms and herbs, but also fresh beef and eggs, along with items like handmade quilts and wooden toys, she said.

Poulsbo officials are working to find a backup location for the market, but that’s not a simple task, Erickson said. Few landlords have a large enough space, she said, and most are unlikely to lend their space to the market for free, as the local Gateway Fellowship Church does. 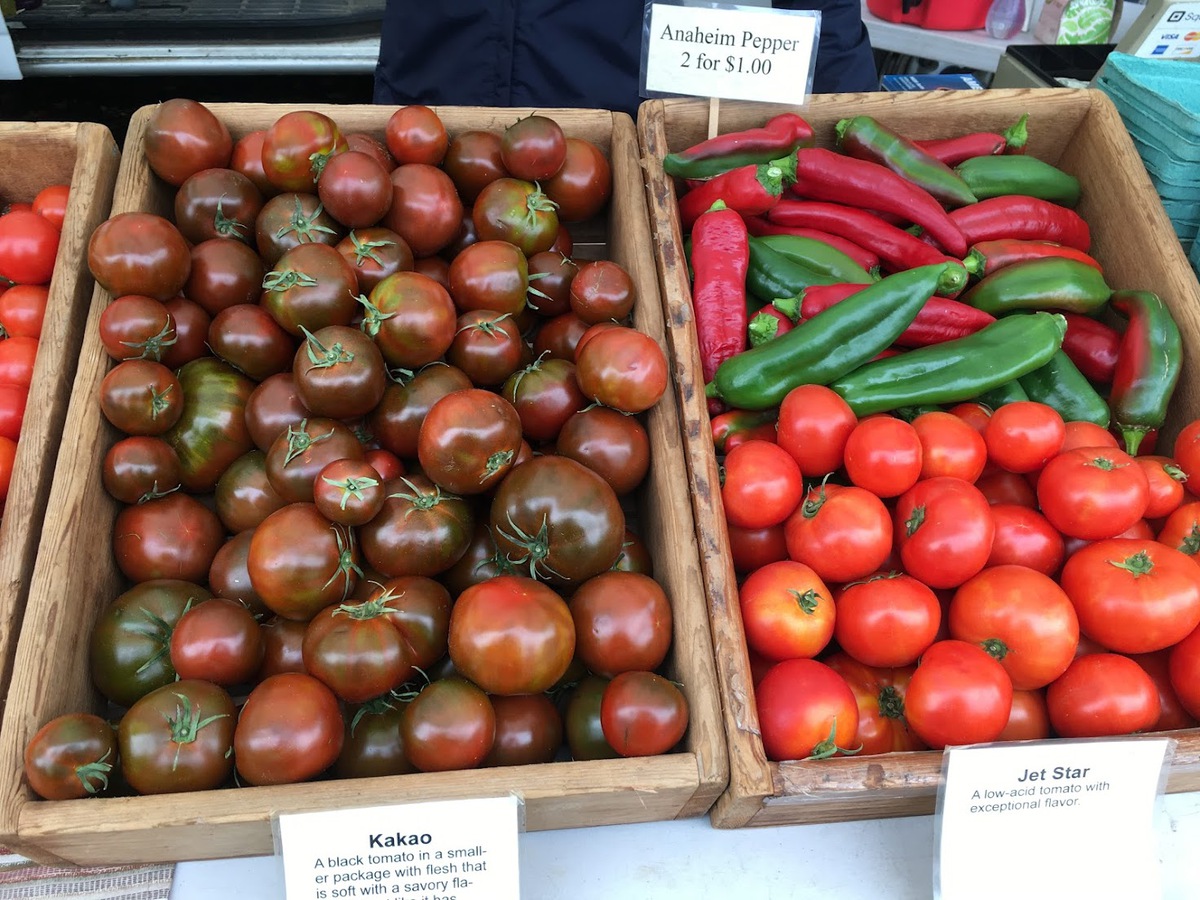 Stephanie Coffey, the executive director of the San Juan Islands Agricultural Guild, is similarly worried that the San Juan Island Farmers Market will have to relocate if SB 5505 doesn’t pass. Right now, Coffey’s organization rents space to the market in downtown Friday Harbor, but the nonprofit might not be able to do that anymore if the state tax break isn’t restored, she said.

Coffey said out-of-town visitors make up about half the market’s customer base, in part due to the market’s downtown location and its close proximity to the ferry dock. Moving the market to a less walkable location, such as a county fairgrounds, “would have a huge economic impact,” Coffey said.

The Friday Harbor farmers market serves as an incubator for small businesses, she said, as well as a testing ground for pop-up restaurants.

So far, the bill to correct the tax issue seems to have a fair amount of bipartisan support. Its top co-sponsor is state Sen. Judy Warnick, R-Moses Lake, who is the ranking Republican on the Senate Agriculture, Water, Natural Resources and Parks Committee.

Warnick said Monday that she can’t imagine who would oppose the bill on policy grounds.

“We just need more access to local producers, and this is one way to do it,” Warnick said.

Rolfes, the bill’s primary sponsor, said she thinks the only difficulty may be time. The Legislature meets for only 60 days this year, and small bills sometimes slip through the cracks, as lawmakers race to debate and pass other pieces of legislation.

Liz Paruchuru, the market engagement manager of the Bellevue Farmers Market, hopes lawmakers make the bill a priority this year.

She said the benefits of the farmers market include supplying local produce to families — “you can’t come to the market with a food truck and sell Costco hot dogs” — as well as providing a free, family-friendly event for people to enjoy.

“Food has the power to bring people together, and that’s what happens at our space,” she said.