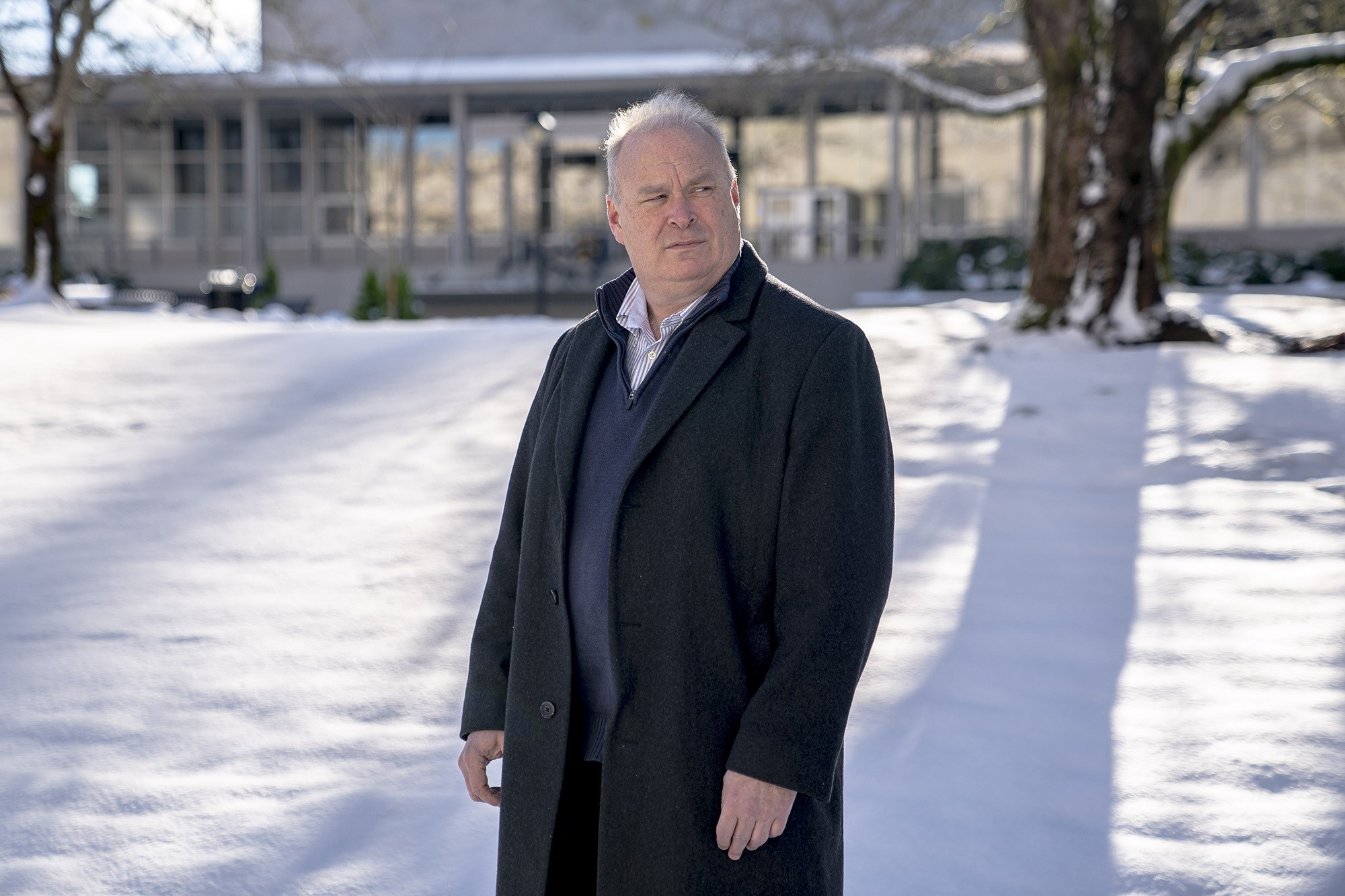 State Rep. Jim Walsh, R-Aberdeen, was locked out of his state Capitol office last year for failing to show he was vaccinated against COVID-19. This year, the representative is proposing a change to state law so lawmakers can’t be barred from parts of the Capitol based on vaccination status. (David Ryder for Crosscut)

Washington state Rep. Jim Walsh got locked out of his Olympia office last year for failing to show he was vaccinated against COVID-19. Now, he wants to make it illegal for that to ever happen again.

As the state Legislature prepares to convene Monday with new pandemic protocols, Walsh, R-Aberdeen, has filed legislation that would make it unlawful to ban state lawmakers from parts of the Capitol based on their vaccination status.

In one of his bills, Walsh compares the state House’s recent vaccination requirements to racial segregation.

“... Such segregation violates the spirit and letter of the United States Supreme Court's decision in Brown v. Board of Education, which stated clearly that separate is not equal,” the text of House Bill 1695 reads.

In an email Tuesday, the chair of the Legislature's Black Members caucus, state Rep. Jamila Taylor, denounced Walsh’s comparison as “ridiculous” and “dangerous.”

Walsh previously apologized for wearing a yellow Star of David, a symbol Jews were forced to wear as part of their persecution during the Holocaust, at an event protesting COVID-19 mandates.

The state House’s latest COVID-19 protocols won’t ban people from spaces based on their race, as Jim Crow segregation did — a crucial difference. But the new rules will prevent state legislators who haven’t been vaccinated from being part of the limited contingent of lawmakers who can show up in person to vote on the House floor. In a change from last fall, lawmakers will be able to access their offices again, as long as they show negative COVID test results.

The House and Senate may choose to impose other restrictions on unvaccinated lawmakers later on; both chambers plan to periodically review and potentially update their protocols throughout the upcoming 60-day session.

The bills filed by Walsh highlight the partisan division that has arisen at the state Capitol over COVID-19 vaccine mandates. Walsh, who wouldn’t confirm to Crosscut last week whether or not he is vaccinated, is also part of a group of Republican lawmakers who filed a lawsuit challenging the House’s COVID-19 rules in court.

As of Monday, most of the 98 members of the Washington House of Representatives had submitted proof they are vaccinated against COVID-19, but 15 had not done so, House Chief Clerk Bernard Dean wrote in an email. All 15 holdouts were Republicans, Dean wrote.

As of Tuesday, the state Senate had not provided numbers for how many of its members had shown proof of vaccination.

Both legislative chambers, as well as the governor’s office, are controlled by Democrats.

House leaders and administrators say their COVID-19 rules are all about maintaining health and safety and following public health guidance.

“... The current dynamics of the pandemic and the prevalence of the omicron variant caused us to re-evaluate our session plan and take additional steps to protect the health of lawmakers, staff, and the public,” Dean wrote.

"Invoking the ugly history of racial segregation to demand an end to common-sense public health protocols during a global pandemic that has killed millions of people across racial and ethnic backgrounds is dangerous and ignores the history of racial discrimination Black people and other people of color have faced,” Taylor wrote in an email Tuesday.

She added, “Rep. Walsh is comparing being a member of a racial group to a person who makes medical decisions for themselves, which is, to put it simply, ridiculous.” 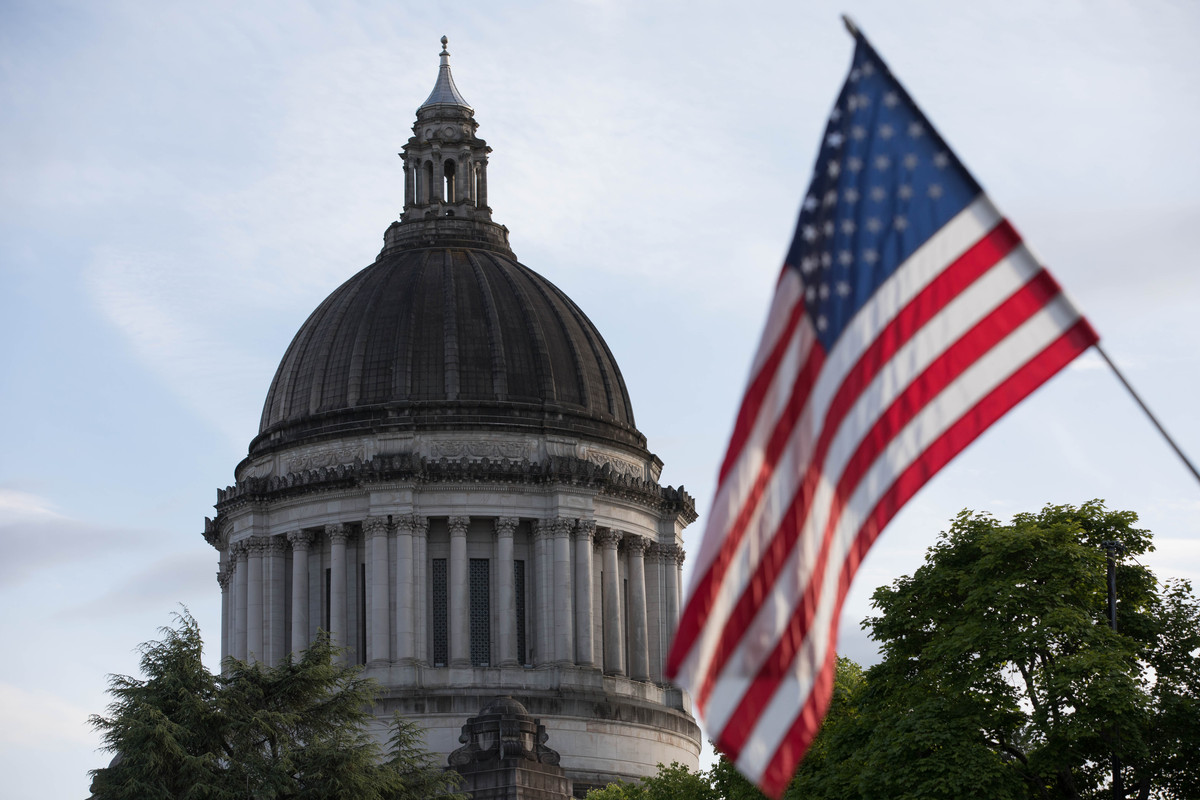 Under the House’s latest COVID-19 rules, which a House committee amended last week, Walsh is no longer banned from his office. Now, he will be able to enter his office — but not the House floor — as long as he regularly tests negative for COVID-19.

He said his legislation is still needed, however, to ensure all lawmakers can access the House floor, as well as to guard against future rule changes that might set stricter requirements.

“I believe there is an inequity in allowing some members to the floor and others not,” Walsh said.

“A lot of the best bipartisan deal-making and work is done in the moment, face to face, and that’s not possible if you’re not on the floor,” he added.

Walsh said doesn’t think lawmakers should have to share their medical information or vaccination status as a condition of doing their job, unless the full Legislature has approved such a requirement. He’s said he’s concerned about personal privacy and doesn’t consider one’s medical status to be a choice.

“We shouldn’t have to present our personal medical status to fulfill completely our roles as elected representatives,” Walsh said.

When lawmakers adjusted vaccine requirements for schoolchildren in 2019, Walsh noted, they did so by passing a law that was later signed by the governor.

The House and Senate instead have approved their COVID-19 protocols through two small, seven-member operations committees: the House Executive Rules Committee and the Senate Facilities and Operations Committee. Both have Democratic majorities.

The state Legislature is largely exempt from the state’s public meetings laws; still, the Senate operations committee advertises its meetings in advance and allows members of the press to attend. By contrast, the House Executive Rules Committee meets in private with no public notice, often conducting its work by email and phone.

Walsh’s HB 1695 would require both the House and Senate operations committees to conduct their business in public, in addition to preventing disparate treatment of lawmakers based on vaccination status. His other bill, House Bill 1696, is narrower, and would simply make it against the law to bar legislators from most parts of the Capitol campus.

Unlike the House, the Senate isn’t requiring its members to provide proof of vaccination to access the Senate floor – senators will be allowed access as long as they test negative for COVID-19. Even so, in light of the recent spike in cases fueled by the omicron variant, the Senate updated its rules on Tuesday to allow only 15 senators to be on the Senate floor at one time. Previously, the Senate had planned to require all 49 senators to show up in person to vote on bills.

Outside of floor sessions, most legislative operations this year will be entirely remote. 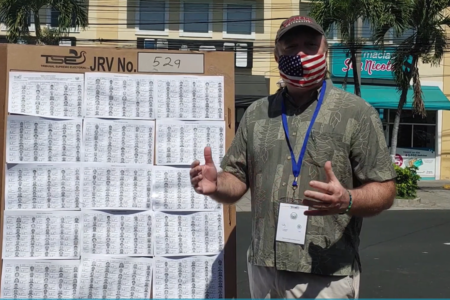 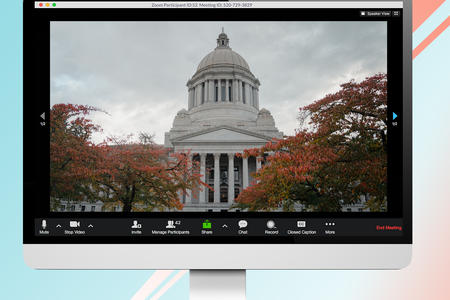 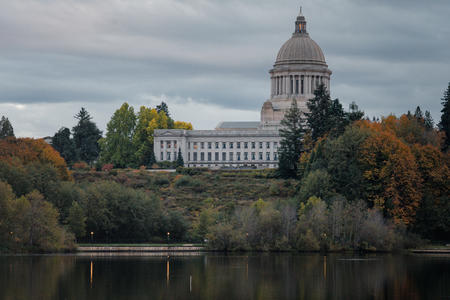 by / December 21
Article continues below